Accessibility links
Party On, Online: Virtual Parties Become Our Happy Place The virtual happy hour has taken on huge importance at a time when life is otherwise in lockdown. Workers are learning a lot more about their colleagues in the process. 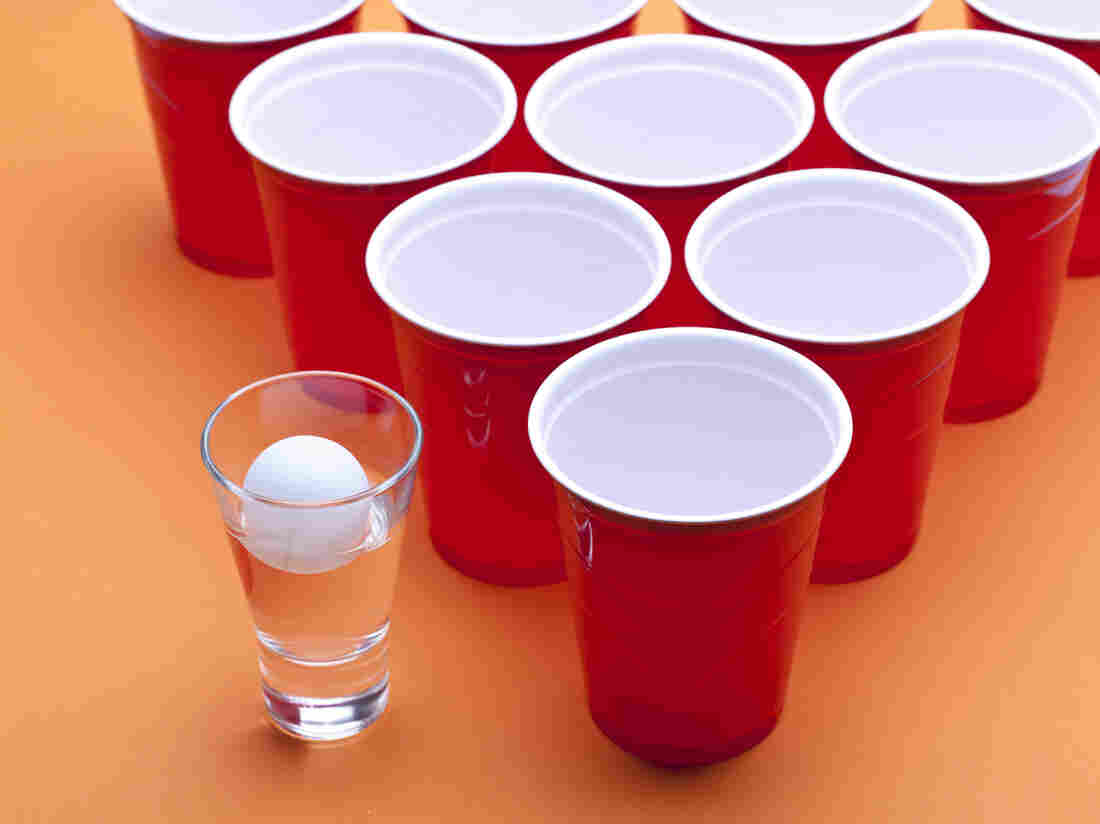 The virtual happy hour has taken on huge importance at a time when life is otherwise in lockdown. Workers are learning a lot more about their colleagues in the process. Bill Oxford/Getty Images hide caption 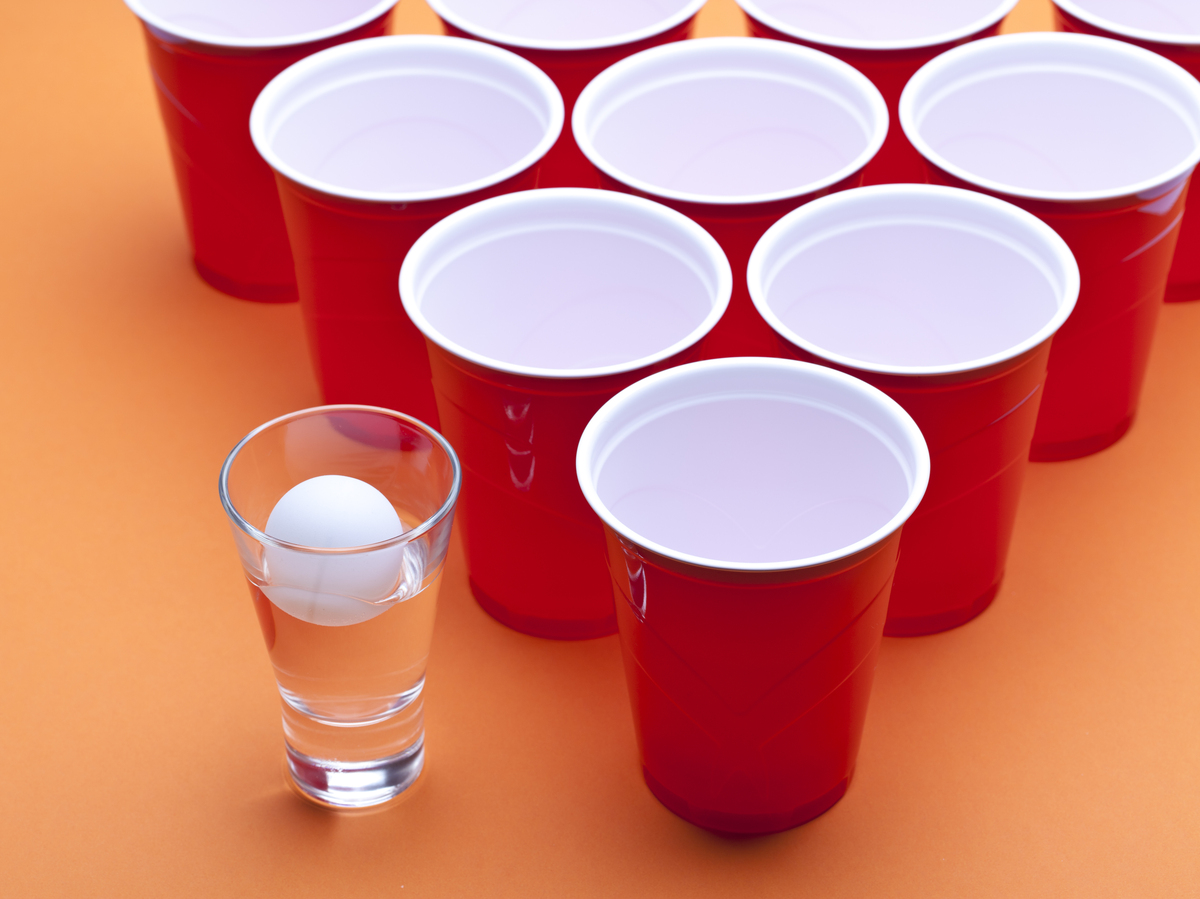 The virtual happy hour has taken on huge importance at a time when life is otherwise in lockdown. Workers are learning a lot more about their colleagues in the process.

A springtime stroll, baking bread or binging shows can be a tonic for a life lived in lockdown. But some workers doing their jobs remotely are carrying on by partying on, virtually.

Normally at this time of year, DJ Haddad and his co-workers run raucous rounds of college basketball competitions. "We're really missing March Madness — it's kind of a big thing on our team," says Haddad, CEO of Haddad & Partners, an advertising company in Fairfield, Conn., with nearly 70 employees around the world.

So last Thursday, they invented an event they dubbed "March Sadness" — a name dripping with irony and alcohol.

As Hanging Out Gets Difficult, More People Are Turning To Social Video Games

It involved virtual beer pong. It's a variation on a popular drinking game, which involves a ping-pong ball strategically bounced across a table, into cups of beer — except it's all captured on live chat.

The game is pretty challenging — not physically, of course, but virtually — and there's trash talk, of course. The software toggles between images of people on the chat, which means occasionally you lose sight of the bouncing ball.

Life is carrying on over webcam. Apps including Zoom, FaceTime and Microsoft Teams are fast becoming the linchpins keeping work meetings going and grandparents visiting. At the more extreme end, some are even holding virtual versions of bachelor parties and weddings that were canceled in real life.

Haddad's recent beer pong event attracted 50 people. Die-hards stuck it out for seven hours, or almost as long as a workday. "Everybody was smashed by 11 o'clock," he says.

These online shindigs, he says, have gone from fun to essential, given the heightened anxiety that characterizes their every day. "For us, the economy is a big worry, too," Haddad says, with everyone wondering whether business will slow down or clients will pull projects altogether. 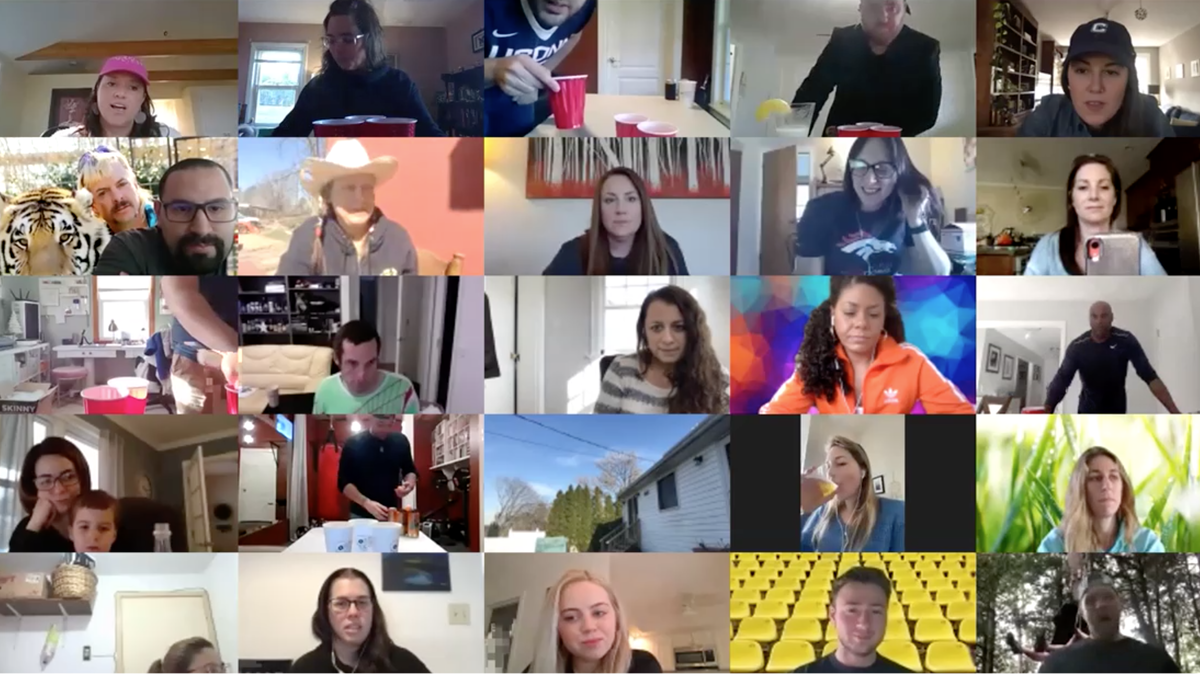 Members of Haddad & Partners play virtual beer pong on Zoom as a way to stay connected and boost morale.

And of course, many have other personal worries.

But at least the online get-togethers are helping foster new relationships, especially for those working in far-flung offices.

"You know, we have people in Australia who never worked with some of the people in Colorado just because they're on separate teams," Haddad says.

Meanwhile in Lambertville, N.J., Justin Dunlap is sitting in his basement. It's quite cozy down there — not in a good way — with a low ceiling and copper pipes that hang inches above his head. His girlfriend already claimed the sunroom upstairs.

There's a scratching noise in the background. "That? That's the cat using a litter box," Dunlap explains. That's where Dunlap works and parties.

He dials into weekly happy hours at Blumont, an international humanitarian group where Dunlap is director of business development.

In recent weeks, dirty piles of laundry, pets chasing balls, curious babies and automated Roomba vacuum cleaners have all made cameos during video happy hour. "We had another colleague who showed us her vegetable garden; she's probably best situated, as a prepper," Dunlap says.

Interestingly, almost no one talks shop about work at these events. Instead, Dunlap says, it literally gives everyone a glimpse into their colleagues' lives.

"When you're seeing the inside of their spaces, then it's really rounding out kind of the rest of the view of that person," he says.

Virtual happy hour has even brought out some introverts. "We've got folks that have never come to our normal in-person happy hours, but have dialed into the virtual happy hours — whether it's ... they like the venue more, or they're finally pushed to the point of desperation," Dunlap says. Desperation for human contact — even if it's virtual.