Accessibility links
Bernie Sanders Weighs The Fate Of His Presidential Campaign One of the hardest decisions for any candidate is whether to drop out of a race. It's even harder for the Vermont senator, who, at 78, likely wouldn't run for president again. 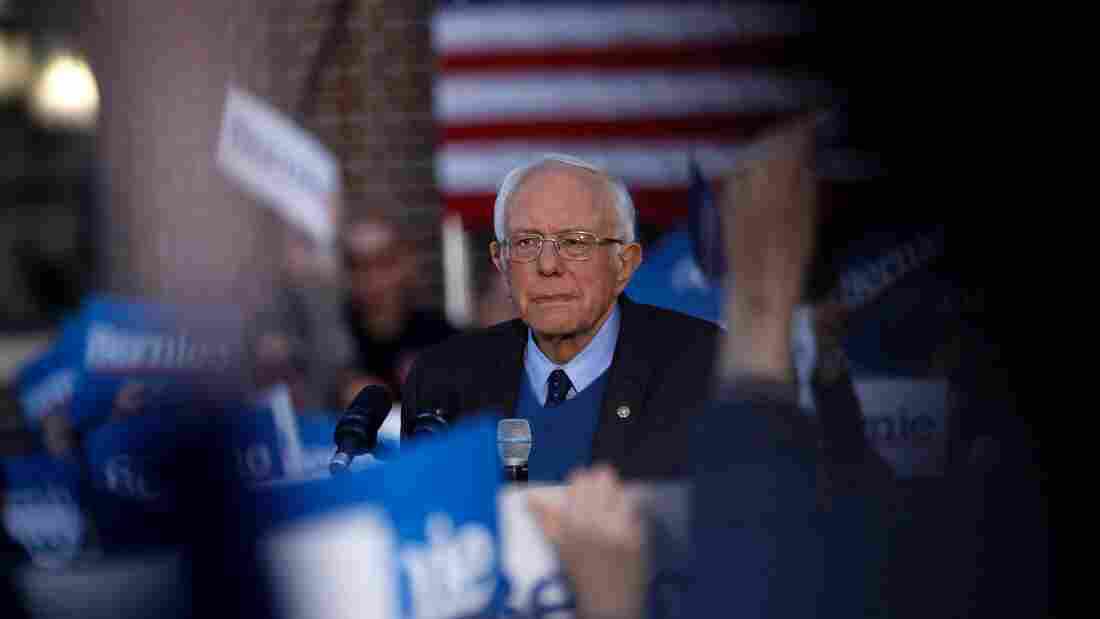 Democratic presidential hopeful Bernie Sanders, behind in the delegate count, is considering his options and what to do now. Jeff Kowalsky/AFP via Getty Images hide caption 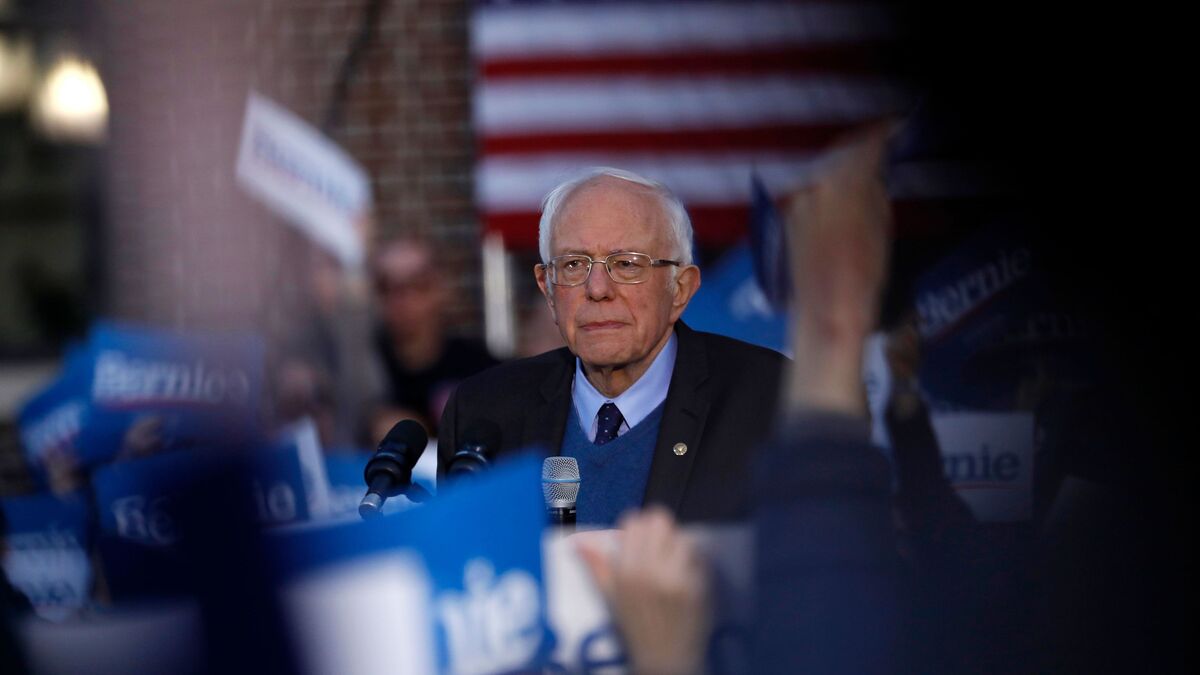 Democratic presidential hopeful Bernie Sanders, behind in the delegate count, is considering his options and what to do now.

There comes a time in every campaign when a candidate needs to make a tough decision.

Ending a bid for president is one of the hardest things any candidate can do.

They put themselves out there; they open themselves — and their families — up to relentless criticism and, nowadays, social media abuse.

That's got to be even harder for someone like Vermont Sen. Bernie Sanders, who against all odds built a movement and, at 78, likely won't run for president again.

The Vermont senator's supporters are fervent and fed up. Many are young and grew up in an era with America at war, enduring economic collapse, crushing student loan debt and now a viral pandemic that only underscores for them the point they've been making all along about a health care system that's inexorably tied to big corporations.

"Medicare for All," they say, isn't looking so bad when millions are losing jobs — and their health care.

They want it all fixed, they want it fixed now, and they don't trust the power structures that have been in charge for generations, Democrats included.

That change may come someday, but the revolution is not matching the present reality.

Sanders' path to the Democratic nomination is getting narrower every day. Former Vice President Joe Biden has a 1,217-to-914 delegate lead over Sanders. To be the nominee, a candidate needs 1,991. That means Biden needs just 46% of the remaining delegates to be the nominee; Sanders needs 64%.

In other words, for Sanders to turn this aircraft carrier around, he would need to get at least 64% of the vote in all of the remaining contests to beat Biden.

And the opposite looked to be the case heading into Wisconsin, where voting took place Tuesday three weeks after the last primaries. Biden was up 62% to 34% in the latest Marquette Law School poll. Sanders won the Wisconsin primary in 2016 by 13 points.

There are no results being released in Wisconsin until Monday. But the Wisconsin outcome could be determinative if it winds up looking like what's happened in previous weeks, with big Biden victories on Super Tuesday and beyond.

Sanders, for his part, said last month he would be "assessing" his campaign and noted that there wasn't an election for another three weeks, which was Tuesday's Wisconsin primary.

"We are talking to our supporters," he added. "Anybody who suggests that at this point we are ending the campaign is not telling the truth."

Since then, though, the campaign has mostly taken a back seat. Sanders has shifted focus to his day job as a senator and working on relief for Americans economically besieged by the coronavirus outbreak.

Sanders has done some virtual town halls, but the campaign has been all but frozen. And there's a debate going on in Sanders world about what to do next, The Washington Post reported.

On one side, there's his campaign manager and a trusted adviser said to be in favor of dropping out; on the other side, a campaign co-chairwoman, some grassroots supporters and Larry Cohen, the head of Our Revolution, a prominent outside group supporting Sanders.

Cohen told NPR that he wants Sanders to stay in to have sway within the Democratic National Committee to continue — or make permanent — rules changes Sanders fought for, like "superdelegates" not being able to vote on the first ballot at the nominating convention.

He also noted that Sanders staying in and amassing more delegates would mean more power to influence the Democratic platform, especially pushing for as progressive a position as possible on health care.

"People like their health insurance?" Cohen asked rhetorically. "When 30 million are likely to lose their health care that's employer-based" because of the coronavirus?

He added, "That's the price of unity. They think unity is salute Joe Biden."

Biden and Sanders, though, seem to have a warm relationship, something Sanders did not have with Hillary Clinton, who defeated him for the nomination in 2016. 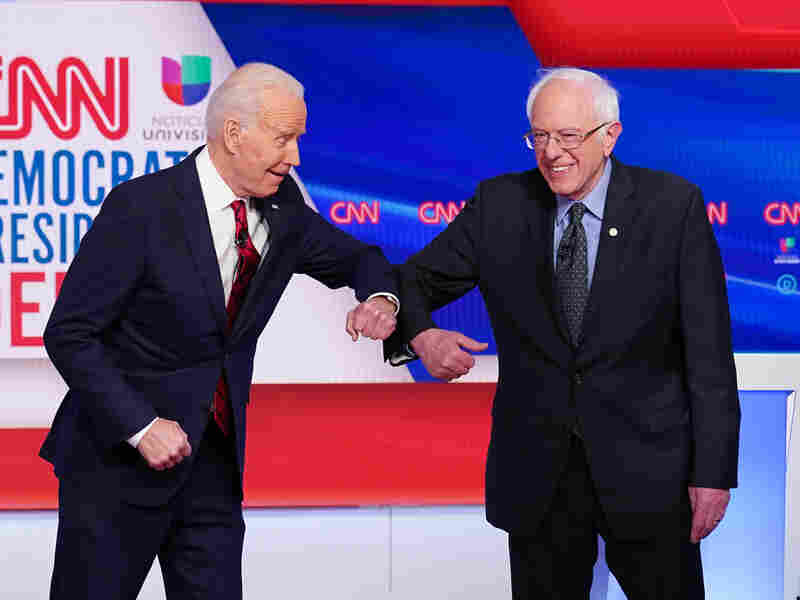 Joe Biden and Bernie Sanders touch elbows, as they greet each other for a Democratic presidential debate last month. Mandel Ngan/AFP via Getty Images hide caption 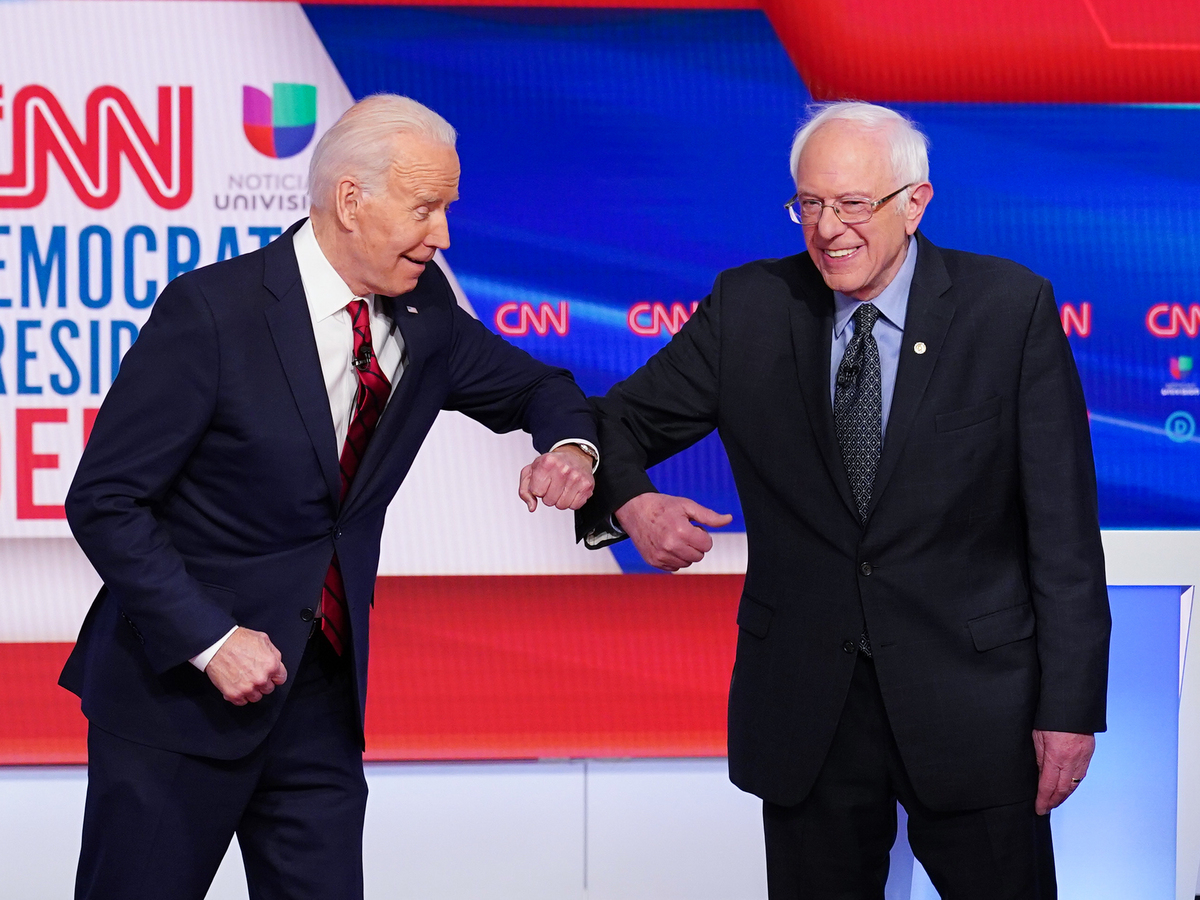 Joe Biden and Bernie Sanders touch elbows, as they greet each other for a Democratic presidential debate last month.

"If I'm the nominee, I can tell you one thing, I would very much want Bernie to be part of the journey," Biden said Tuesday on NBC's Today. "Not as a vice presidential nominee, but just engaging in all the things that he's worked so hard to do, many of which I agree with."

Trump And Biden Have 'Very Friendly' Call On Virus Response

With the writing on the wall becoming clear, negotiation is happening at the top levels between the campaigns, according to a source familiar with the discussions.

Not everyone will come around, and Sanders, of course, would first have to concede, but the goal of beating President Trump and moving the country in a more progressive direction would likely be enough for many of the Sanders faithful to vote for Biden in the fall.

"We are all in if Biden is the nominee," Cohen said.