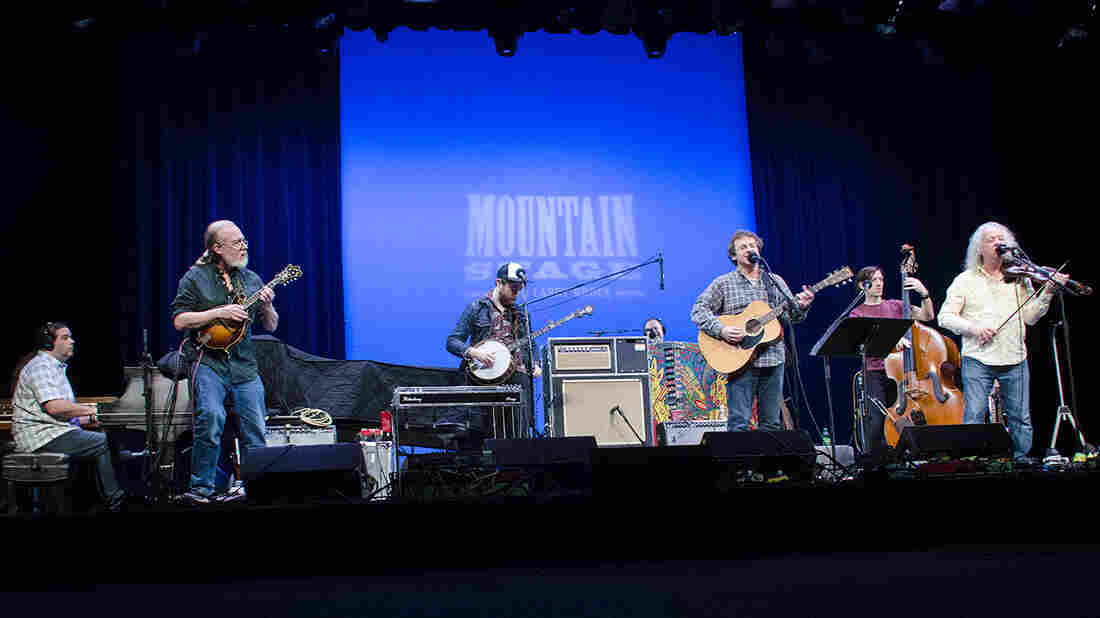 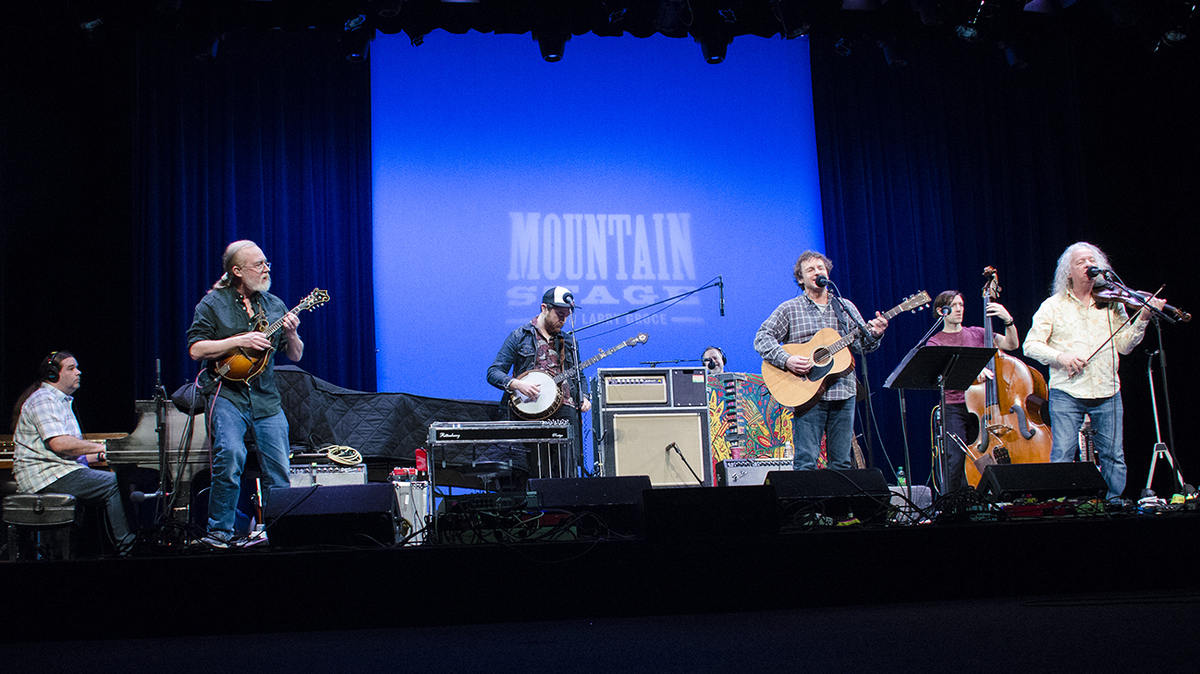 Well-versed in rambling around, as you might expect from a band named after a Jack Kerouac poem, the New Jersey-built jam-grass engine Railroad Earth has let no moss grow under its rustic wheels.

Around since 2001, the lyrical and melodic festival favorite made its fourth appearance on Mountain Stage during a taping in Charleston, W.Va., in February. Host and Mountain Stage founder Larry Groce noted that the band has "been with us three times before, but always with us on the road and never here at home."

Lead singer, Todd Sheaffer, whose ties to Mountain Stage date back to a 1995 appearance with Good Homes, felt that warmth of returning, starting off with the gratitude-filled "It's So Good." The tune rolled gently with a peace-filled sway of organ and pedal steel by the collective's two newest members, Matt Slocum and Mike Robinson, respectively.

Next, the slow-boiling reggae ballad "Adding My Voice" swirled deliciously in themes of social justice and the sparks of people rising. Then "Grandfather Mountain," introduced as "a love song to a mountain in North Carolina and an ancient and wonderful place," was a refreshing rocky romp that meandered with Slocum's magical, cascading fingers interweaving tones on organ and Mountain Stage's Steinway piano.

The high, folky and lonesome beauty of "If You Will Be My Lady" was shared from the 2019 release Railroad Earth: The John Denver Letters, a project in collaboration with the Denver estate in which the band created music to lyrics the late, great John Denver had written on hotel stationary in London in the 1970s. "If you will be my lady, I will love you / I will hold you when you're weary and alone / If you can't make it, I will stand beside you / If you think that you're lost, I'll be your home," is one beautiful example of Denver's lyricism.

A fitting ending, Railroad Earth closed with "The Great Divide," a soaring, meditative tribute to the band's founder and multi-instrumentalist, Andy Goessling, who died from cancer in October 2018. "The Great Divide" is the first single off of All For The Song, the band's first full-length album without Goessling.