Accessibility links
Elizabeth's More Serious Sister Mary Takes The Spotlight In 'The Other Bennet Sister' Jane Austen's Pride and Prejudice follows Elizabeth Bennet's effort to marry. Now, Janice Hadlow has made the least of the sisters in that story, Mary, the star of her own novel of self-discovery. 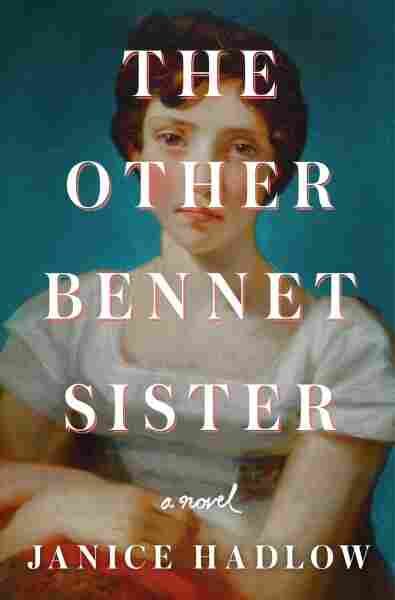 The Other Bennet Sister

You may recall that Jane Austen's Pride and Prejudice follows Elizabeth Bennet and her four sisters — and their efforts to marry well.

Spoiler alert: Elizabeth does marry — she lands the handsome and rich Mr. Darcy and then lives happily ever after.

But what about Mary, the bookworm, the serious one, the plainest of the sisters? Did you ever wonder what happened to her? Well, Janice Hadlow did. She has made Mary the star of her first novel, The Other Bennet Sister.

On what made her want to write about Mary

I've been reading Pride and Prejudice on and off since I was about 15, which is quite a long time now. And I think, like everybody else, when I've read it it's Elizabeth — it's Lizzy — who dazzles your eyes. You can't take your eyes off her. She's such an extraordinary heroine. Austen, herself, calls her light bright and sparkling. And that's absolutely right. We all love Lizzy and possibly quite a lot of us would like to be Lizzy. ...

I suppose it was only a couple of years ago when I began to notice at the edges this rather sad, rather dowdy, rather disliked and dislikable, apparently, character Mary. At first, she's there in a way, I think, to make everybody else look better. But when you really begin to notice her predicament it's pretty hard, I think, not to have some sympathy for her. ...

I didn't want to pretend that, actually, she was a beauty in disguise. There was never a moment in my book where [there's a revelation like] "But why, Miss Bennett, you're really rather beautiful." You know, she I think she's a perfectly ordinary looking woman in a family of beauties. And I think that's very tough.

I think that's the starting point for Mary, is understanding how she became who she is. But I think what I've tried to do after that is to put her on the journey that, actually, every Jane Austen heroine has to go on. And that is: Every Jane Austen heroine has to discover who she really is. She goes on a journey, if you like, of self-understanding. And it's only when she's understood who she genuinely is that she's actually ready to decide which is the right man for her, who is the right partner in life for her. So I've tried to put Mary on that same journey.

On going back to a more traditional time period

I think for me, one of the moments was realizing that when she goes to London — she goes to see her uncle and aunt, the Gardeners — and when she does that, that's the point where her transformation starts to happen. Because once she arrives in London, once you arrive in a town, you no longer have to be who you have been in the past year. What urban life offers you is the opportunity to remake yourself and turn yourself into somebody else. You're no longer confined by what everybody else has thought of you for the first 20 years of your life. And I think that's quite a modern sensation. I think that's something we can all identify with. I think finding happiness is a universal desire that transcends period and time. I think we all want that even 250 years after Austen was writing.

On how long she's been thinking about writing a novel

Forever. I mean, I don't think I would have had — when I was a lot younger and before I'd had a television career — I don't think I'd have had the courage to do it because it feels like a very big thing to say "Here's my imagination. Please enjoy it." That feels like a big ask. It took me a long time working with creative people, understanding, I think, how to order ideas, looking at how people managed a narrative, you know, I've been thinking about that probably for about 15 years.

And I learned a lot from working with people in drama or in other forms of television that actually showed you how to tell a story — because I think storytelling at the end is what brings people to books, wherever they're set, whatever the genre they're in. I think, at the end, learning how to keep people engaged is the most important thing. And I learned a lot of that by watching absolutely brilliant people do it. So it gave me a bit of experience, and also I think gave me the feeling [that] now is the time to do it — it's now or never, really — have a bit of braveness and give it a go.

Justine Kenin and Jolie Myers produced and edited this interview for broadcast. Meghan Sullivan adapted it for the Web.