Accessibility links
Play It Forward: Glenn Copeland On 'Keyboard Fantasies' And The Band Bernice Glenn Copeland, whose ambient and electronic recordings were largely unknown for decades, talks about his late career reemergence, the power of positive thinking and the Canadian band Bernice. 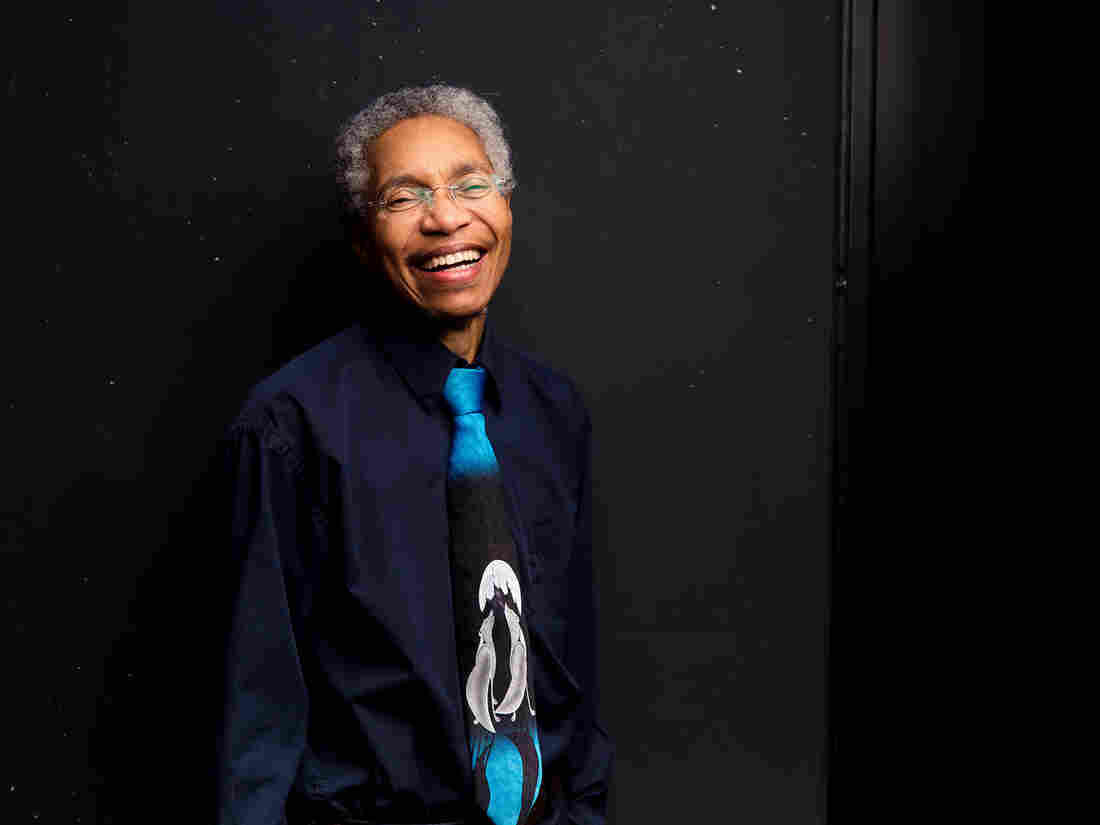 Glenn Copeland, whose long-overlooked recordings were rediscovered in 2015, was Caribou's choice for Play It Forward. Copeland in turn says he's thankful for the music of the band Bernice. Juri Hiensch/Courtesy of the artist hide caption 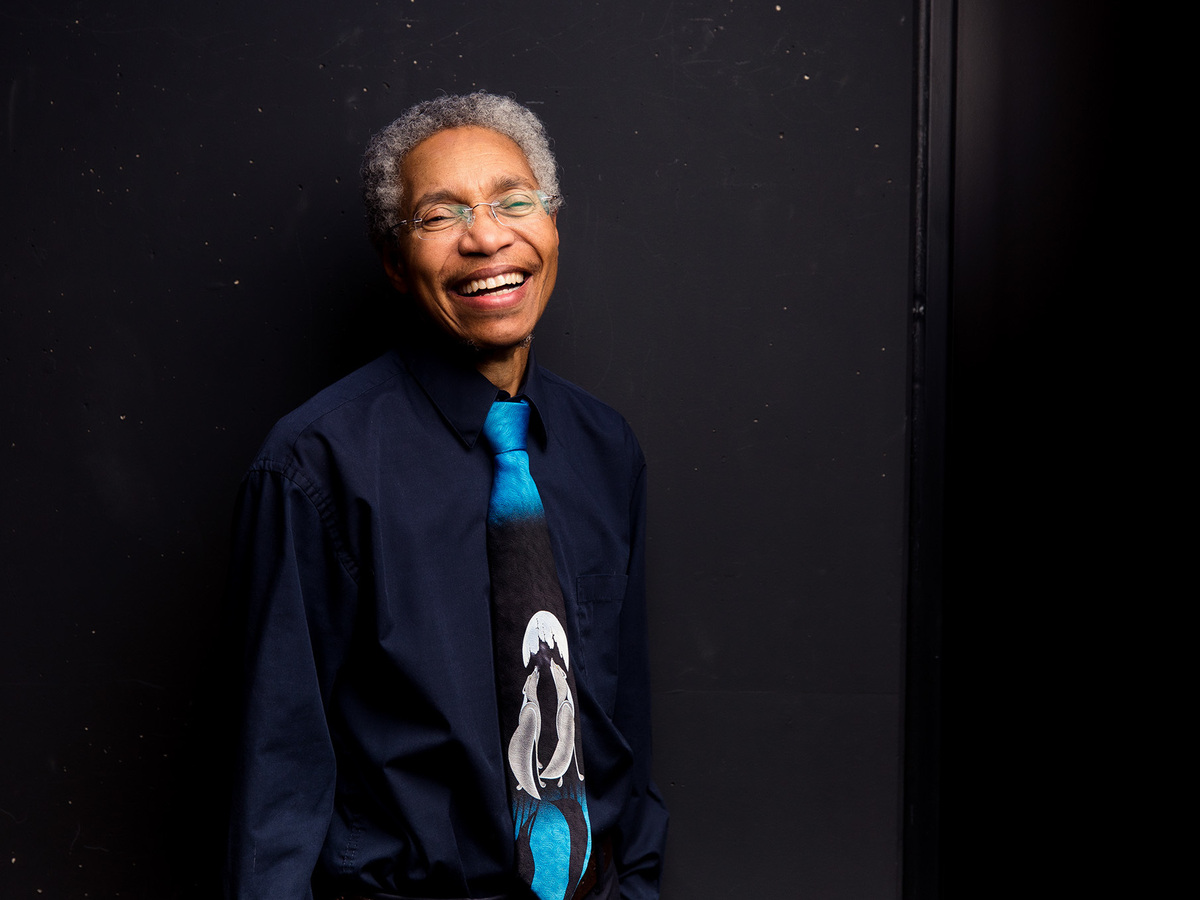 Glenn Copeland, whose long-overlooked recordings were rediscovered in 2015, was Caribou's choice for Play It Forward. Copeland in turn says he's thankful for the music of the band Bernice.

Juri Hiensch/Courtesy of the artist

Last week All Things Considered kicked off our new musical chain of gratitude series Play It Forward with Dan Snaith, who records as Caribou. He told us why he's grateful for a musician named Glenn Copeland, who is today's link in the chain.

Copeland is a trans man who recorded music in the 1970s and '80s before spending decades outside of the limelight. His albums were essentially unknown until a music collector in Japan unearthed them and re-introduced his music to the world. Caribou said that Copeland's music and his relentless positivity has had a massive influence on his life and work.

"His music has meant so much to me, and so much to so many people that I've talked to," he said. "I've never met anybody who still has such a limitless positivity and optimism and is so enthusiastic about the possibility of youth and what music can do to change the world."

NPR's Ari Shapiro spoke to Glenn Copeland about how it feels for his music to have such an impact decades later and in turn, for his selection of an artist he's grateful for: the genre-hopping Canadian band Bernice. Listen to the radio version in the audio link above and read on for a transcript of the interview.

Ari Shapiro: What was your reaction to that praise from Caribou?

Glenn Copeland: Well first, I need to figure out how to get in touch with him and thank him for those lovely thoughts and next, I need to live up to it. It's good to know that the music is making a difference for folks, in one way or another. That means that I'm fulfilling what I'm supposed to be doing at this time, I suppose.

Interesting that you say you're fulfilling what you're supposed to be doing, because this music sat in relative obscurity for a long time.

Tell me about the moment the light turned green.

It was a day in which I received an email from a gentleman in Japan asking if I had an old cassette called Keyboard Fantasies and I got back to them and he said "Send me 30 of them." And I was stunned because no one had asked for anything for 30 years or something!

Yeah probably. I had written this stuff in the '80s, early '80s, and this was the end of 2015. And like three days later he got back to me and said "I sold them all and can you send me more?" I'm a very solitary person, and I don't get out and about and didn't know what was going on [in] music because I barely ever listened to any of it. So I had no idea in the world, and what was going on with him was that his website was watched internationally. And within about three months, I had six, seven offers for record deals.

And if I don't mind me asking how old are you now?

Something Caribou said about you is that you have limitless positivity and optimism. Is that how you see yourself?

No! How I see myself is that I'm working to have limitless positivity and optimism. That's this life project. And every day I see another horizon towards which to work

Was it different to do that when you weren't being recognized?

It has nothing to do with recognition. It has to do with whether or not you consider yourself fortunate to have been born, to see the magnificence of life itself. That's what it's about for me.

Beautifully said. Alright Glenn, it is your turn to pass the torch to an artist you feel grateful and thankful for. Who are you choosing?

There's a band called Bernice. It's a Canadian band, but it's getting around the world. I happened to go to a show of theirs in the town in which I was living, not knowing anything about it other than that one of the people that was playing in the band was somebody that had played with me for a little bit, and who I thought was quite a genius. And literally, I was gobsmacked. Just gobsmacked. The thing about them is that no two of their songs sound alike. You listen to this ["Glue"], this is this. You listen to something else, it's somewhere else.

This is a young band, they could be your grandchildren.

Yeah. Well I mean, most bands could be my grandchildren.

Do you think of them as the inheritance of a tradition you carried for a while?

The music that I'm attracted to coming from young ones is, aside from its sophistication, what they're talking about — there's a perspective, a sense of where the world must go, which young people are putting into their art. No matter what form the art is.

We're going to go to Bernice's lead singer Robin Dann next time. What would you say to her?

I'm one of your down-on-my-knees fans, out of a sense of awe. And I just want to say, no matter what, don't stop. Don't stop writing. We need what you have to say and your vision is extraordinary and it's musically so exciting. That's it. Just do your thing. You're geniuses; go for it.