Accessibility links
Fauci Says U.S. Coronavirus Deaths May Be 'More Like 60,000'; Antibody Tests On Way The predicted death toll has fallen, Dr. Anthony Fauci says, because of Americans' embrace of physical separation and other restrictions. 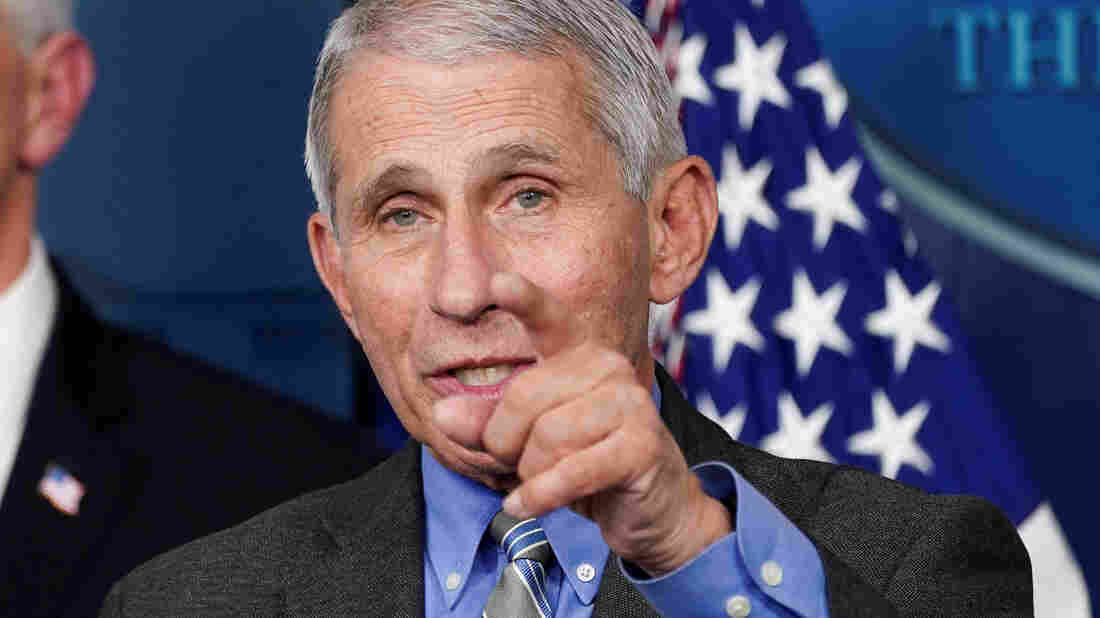 "I think the American public have done a really terrific job of just buckling down and doing those physical separation and adhering to those guidelines," National Institute of Allergy and Infectious Diseases Director Dr. Anthony Fauci said Thursday. Kevin Lamarque/Reuters hide caption 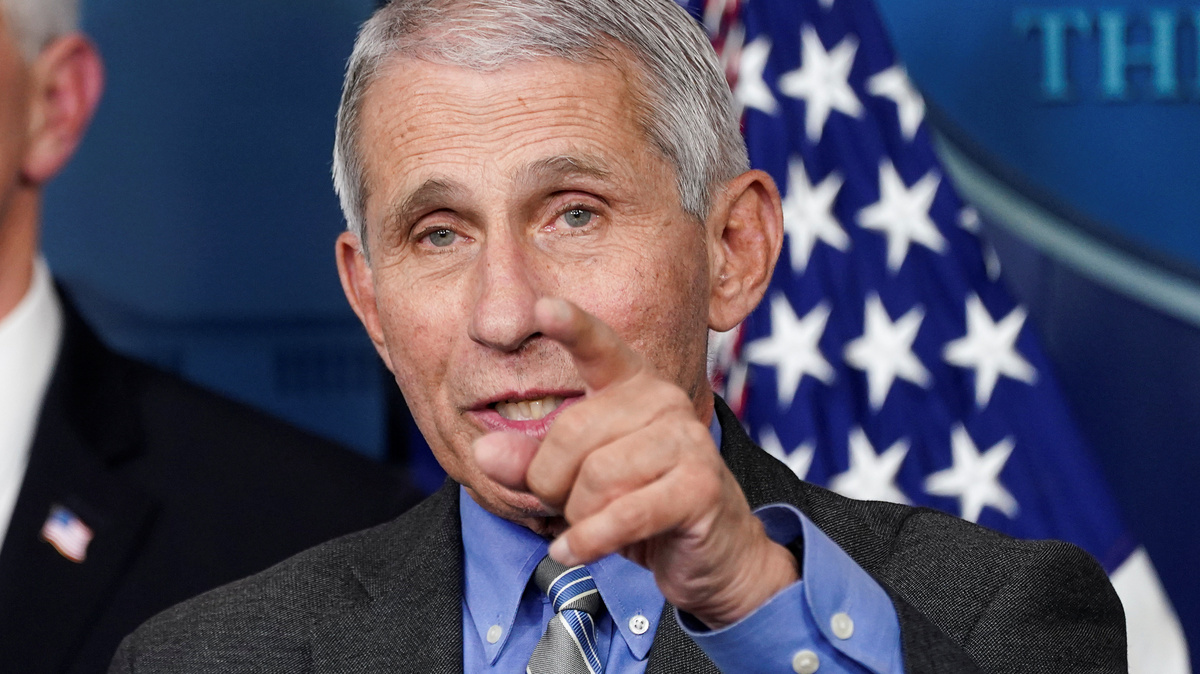 "I think the American public have done a really terrific job of just buckling down and doing those physical separation and adhering to those guidelines," National Institute of Allergy and Infectious Diseases Director Dr. Anthony Fauci said Thursday.

The U.S. is enduring a "very bad week" during the COVID-19 pandemic, Dr. Anthony Fauci says. But he also says that the American public's embrace of physical separation and other restrictions is sharply reducing projections of the death toll from the respiratory virus.

Fauci, America's leading expert on infectious diseases and a key member of the White House's coronavirus task force, also said that antibody tests have been developed and will be available "very soon."

"The number of deaths and the cases that we're seeing right now are really validating what we said, that this is going to be a very bad week, on the one hand," Fauci said. "On the other hand, as you can see there are some glimmers of hope, particularly when you look at the situation in New York — where the number of hospitalizations, requirements for intensive care and intubation over the last few days have actually stabilized and [are] starting to come down."

The new projection sharply undercuts an estimate Fauci, the director of the National Institute of Allergy and Infectious Diseases, made just 11 days ago. In late March, he said "between 100,000 and 200,000" people in the U.S. could die from COVID-19.

The 60,000 figure is reflected in a new projection by the Institute for Health Metrics and Evaluation, or IHME, a research center at the University of Washington. The estimate predicts the U.S. death toll through early August; it also predicts that COVID-19 deaths will peak in this country on April 11.

The revised analysis comes as millions of Americans are living under "shelter in place" and business shutdown orders that have contributed to massive job losses and other disruptions. The pandemic has left many anxiously waiting for the virus to peak in their state.

COVID-19 has now caused nearly 15,000 deaths in the U.S., and more than 430,000 people are infected with the virus, according to a COVID-19 dashboard created by Johns Hopkins University's Whiting School of Engineering, which reports the numbers in near real time. It has also taken a horrible toll on minority communities, particularly African Americans.

New York is the epicenter of COVID-19 in the U.S., with more than 150,000 cases. Despite a recent spike in deaths there, Fauci said there are signs that the state is flattening the curve.

He added, "I'm always very cautious about jumping the gun and saying, 'Well, we have turned the corner.' But I think we are really looking at the beginning of that, which would really be very encouraging. We need that right now."

Another crucial question on many people's minds is when they can take an antibody test, a blood test that can reveal whether someone might have had the new coronavirus without being diagnosed, either before the national alarm was sounded over the outbreak or during the delay in providing enough tests to meet demand.

"The antibody tests are developed, there are several out there," Fauci said. "We are told by the people, the companies that make them, that very soon — when they say soon, they're talking days to weeks — that we'd be able to have a large number of these tests available."

The tests will be important, Fauci said, because "there may be many people out there, and I suspect there are a fair amount, that have been infected, were asymptomatic and didn't know it."

People who have been infected will likely have protection from the coronavirus in the future, he said, while adding that further tests are needed to ensure that is the case with COVID-19.

"You may have a cohort of people who are actually protected, who have more of a chance at getting back into the normality of society," Fauci said.

Such a test will be vital, he added, to health care workers who could do their jobs much better if they know they're protected from the virus.

While he praised the American public's efforts to slow the spread of the coronavirus, Fauci also warned that it's not yet time to stop those measures.

"I think the American public have done a really terrific job of just buckling down and doing those physical separation and adhering to those guidelines," Fauci said on Thursday. "But having said that, we better be careful that we don't say, 'OK, we're doing so well we could pull back.' We still have to put our foot on the accelerator when it comes to the mitigation and the physical separation."