Accessibility links
Review: In The Underwritten 'Tigertail,' A Taiwanese Worker Comes To America Writer/director Alan Yang turns away from his proven track record in comedy for this "earnest, drippy" multi-generational drama that traffics in underwritten, wanly dramatized conflicts.

In The Disappointingly Thin 'Tigertail,' A Taiwanese Immigrant Struggles To Connect

In The Disappointingly Thin 'Tigertail,' A Taiwanese Immigrant Struggles To Connect 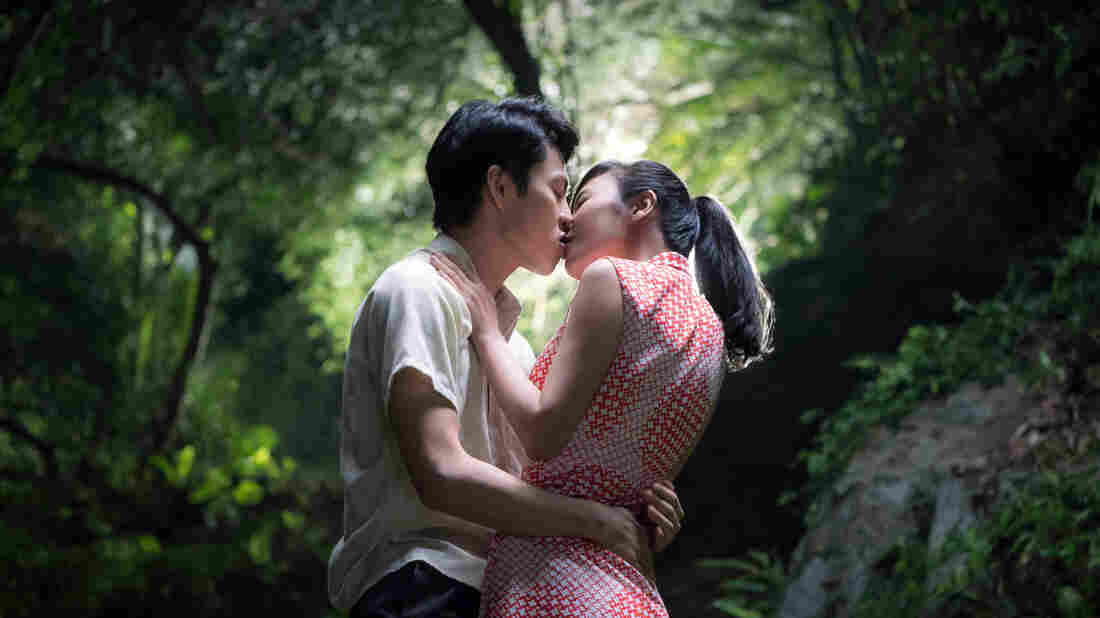 At a time when showrunners have been elevated to TV auteurs, Alan Yang has earned a reputation as a reliably good writer and creator of comedies for NBC and the major streaming networks. Coming up with Michael Schur (The Good Place), his partner on the late, lamented baseball blog 'Fire Joe Morgan," Yang was a writer on Parks & Recreation, an experience he and Aziz Ansari parlayed into two seasons of the Netflix series Master of None. He also co-created the Amazon series Forever with Fred Armisen and Maya Rudolph, which deftly imagined an afterlife of suburban inertia.

The new Netflix film Tigertail, Yang's feature debut as writer and director, tosses that résumé out the window. If he wasn't widely revered for his work in comedy — or his work on irreverent sports blogs, for that matter — there would be no evidence of it in this earnest, drippy drama about the regret-filled life of a Taiwanese immigrant who moved to America as a young man and left a piece of his soul behind. Unfolding over the span of several decades, with three different actors playing the same character, the film feels like a three-hour epic that's been slashed to 91 minutes, with crucial details reduced to crude bullet points for economy's sake. It isn't intimate, it's small.

'Master Of None' Is Even Better In Season 2

Though the voiceover narration takes on a touching dimension later in the film, it does much of the heavy lifting at the start: Born in Taiwan, Pin-Jui lost his father when he was only a year old and his mother, desperate to find work in the city, left him with his grandparents to raise him in the rice fields of rural Taiwan. The one salve to his boyhood loneliness in the country was a friendship with a girl named Yuan, who fate brought back into his life later as a young man (Hong-Chi Lee) holding down a factory job with his mother. Despite Pin-Jui's romantic feelings for Yuan (Yo-Hsing Fang), his dream of living in America leads him to settle for the factory owner's daughter Zhenzhen (Kunjue Li), who accompanies him to New York.

In the present day, a much older Pin-Jui, played with quiet gravity by Tzi Ma, is living with the consequences of his decisions, though he's reticent to talk about them. His emotional remove has put a strain on his relationship to his grown daughter Angela (Christine Ko), whose personal life has been adversely affected by his influence. Both have a practical side that keeps them at a distance from the people they care about, and both are too stubborn to come to terms with each other readily. He didn't even tell her about her grandmother's death because going to the funeral in Taiwan seemed like too much of a bother.

Tigertail is a feature-length accounting of why Pin-Jui has fallen so short as a nurturing husband and father, and it feels common to many stories about children with immigrant parents who push them to work hard and succeed in America, but weren't as emotionally open as they might have been. Pin-Jui's relationship with Yuan is an unrequited love story that curdles into bitterness, and it sours his marriage to Zhenzhen, who grows so alienated in New York that she takes small loads to the laundromat just to see other people. One of the film's minor grace notes is that it doesn't sideline Zhenzhen like Pin-Jui does, even though the story isn't about her. Yang's instincts are more generous than his lead character's.

Yet Tigertail tells an epic story in far too narrow a frame, and feels impoverished in nearly every detail. There are particulars intended to give Pin-Jui's life context, like a pop record that has the romantic associations of a Wong Kar-wai film, but they're so few and far between that they get freighted with too much significance. Yang has written too much of an Everystory here, a one-size-fits-all account of why second-generation immigrants might struggle to understand their parents. There's nothing to unpack here, much less to savor.