Accessibility links
Legal Fight Heats Up In Texas Over Ban On Abortions Amid Coronavirus The state banned all elective medical procedures, including abortions, amid the outbreak. Abortion-rights activists say Texas is "exploiting this crisis to ... ban abortion in the U.S." 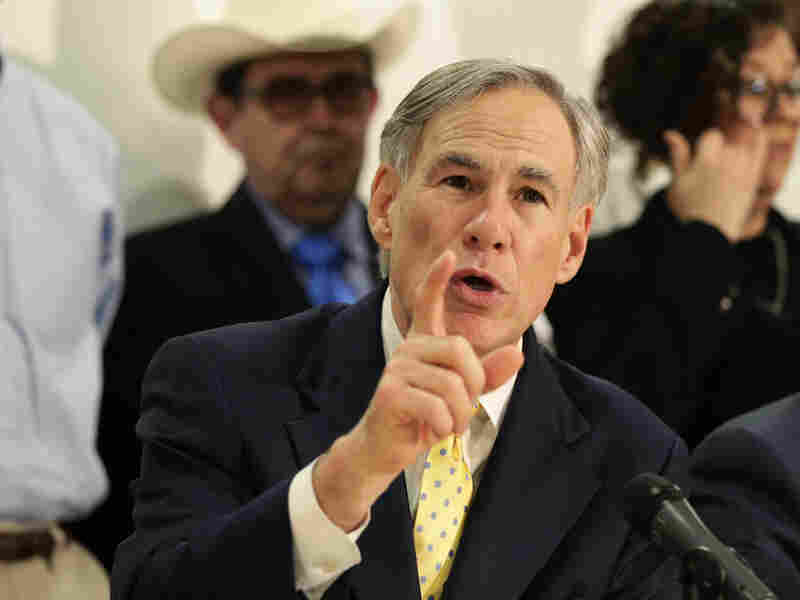 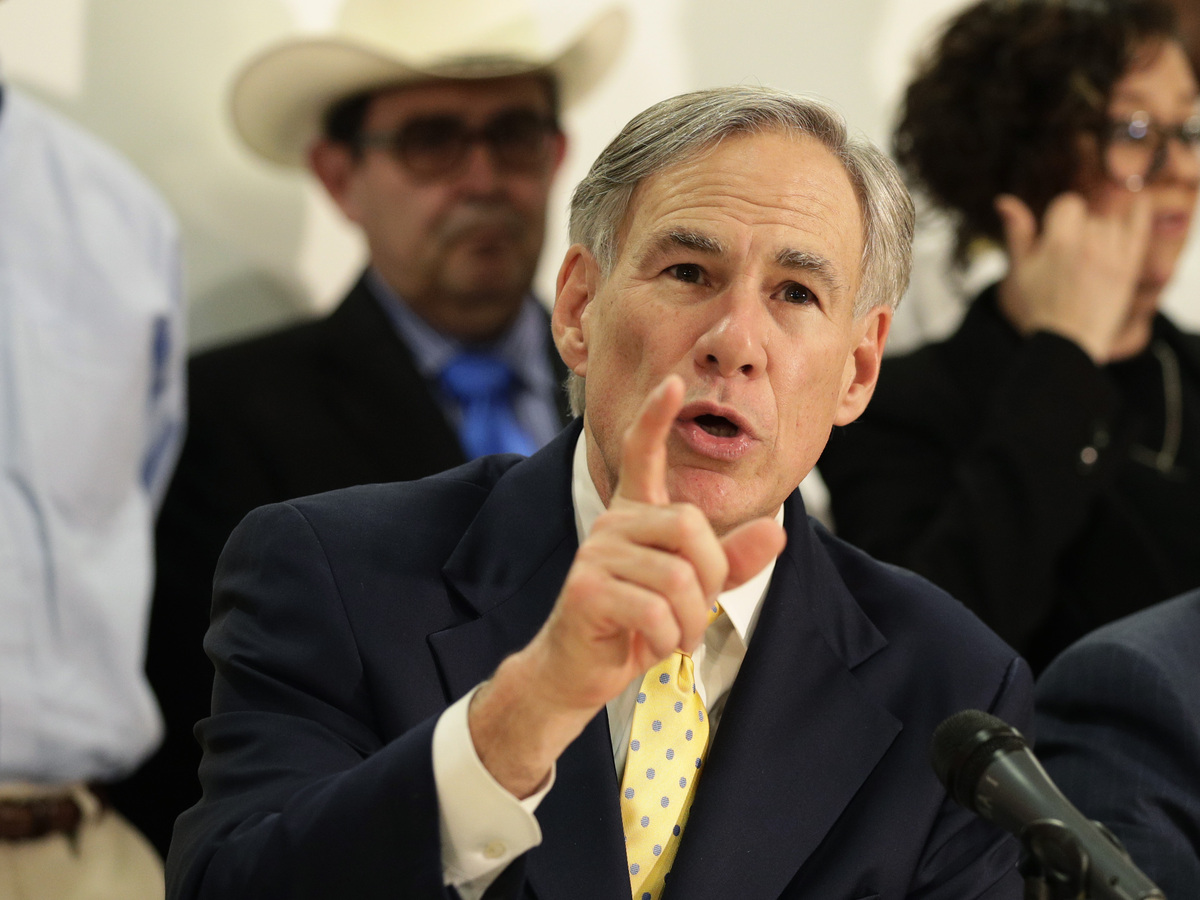 Governors across the country are banning elective surgery as a means of halting the spread of the coronavirus. But in a handful of states that ban is being extended to include a ban on all abortions.

So far the courts have intervened to keep most clinics open. The outlier is Texas, where the U.S. Court of Appeals for the Fifth Circuit this week upheld the governor's abortion ban.

Four years ago, Texas was also the focus of a fierce legal fight that ultimately led to a U.S. Supreme Court ruling in which the justices struck down a Texas law purportedly aimed at protecting women's health. The court ruled the law was medically unnecessary and unconstitutional.

Now Texas is once again the epicenter of the legal fight around abortion. In other states--Ohio, Iowa, Alabama, and Oklahoma--the courts so far have sided with abortion providers and their patients.

Not so in Texas where Gov. Greg Abbott signed an executive order barring all "non-essential" medical procedures in the state, including abortion. The executive order was temporarily blocked in the district court, but the Fifth Circuit subsequently upheld the governor's order by a 2-to-1 vote, declaring that "all public constitutional rights may be reasonably restricted to combat a public health emergency."

"No more elective medical procedures can be done in the state because of the potential of needing both people ... beds and supplies, and obviously doctors and nurses," said Texas Attorney General Ken Paxton in an interview with NPR.

Nancy Northup, CEO of the Center for Reproductive Rights, sees things very differently. "It is very clear that anti-abortion rights politicians are shamelessly exploiting this crisis to achieve what has been their longstanding ideological goal to ban abortion in the U.S.," she said.

Paxton denies that, saying Texas "is not targeting any particular group."
The state's the "only goal is to protect people from dying," he said.

Yet the American Medical Association just last week filed a brief in this case in support of abortion providers, as did 18 states, led by New York, which is the state that has been the hardest hit by the coronavirus.

They maintain that banning abortion is far more dangerous,because it will force women to travel long distances to get one. A study from the Guttmacher Institute found that people seeking abortions during the COVID-19 outbreak would have to travel up to 20 times farther than normal if states successfully ban abortion care during the pandemic. The AMA also notes that pregnant women do not stop needing medical care if they don't get an abortion.

Northup, of the Center for Reproductive Rights, sees this as more evidence that the ban is a calculated move by the state: what "puts the lie to this is the fact that they're trying to ban medication, abortion as well; that's the use of pills for abortion.

"Those do not need to take place in a clinic and they can be done, taken effectively by tele-medicine. So it shows that the real goal here, tragically, is shutting down one's right to make the decision to end the pregnancy, not a legitimate public health response."

Affidavits filed in the Texas case tell of harrowing experiences already happening as the result of the Texas ban. One declaration was filed by a 24-year-old college student. The week she lost her part-time job as a waitress, she found out she was pregnant. She and her partner agreed they wanted to terminate the pregnancy, and on March 20 she went to a clinic in Forth Worth alone; because of social distancing rules, her partner was not allowed to go with her.

Since she was 10 weeks pregnant, still in her first trimester, she was eligible for a medication abortion. Under state law, she had to wait 24 hours before getting the pills at the clinic, but the night before her scheduled appointment, the clinic called to cancel because of Abbott's executive order.

He partner was with her and we "cried together," she wrote in her declaration. "I couldn't risk the possibility that I would run out of time to have an abortion while the outbreak continued," and it "seemed to be getting more and more difficult to travel."

She made many calls to clinics in New Mexico and Oklahoma. The quickest option was Denver--a 12-hour drive, 780-mile drive from where she lives. Her partner was still working, so her best friend agreed to go with her. They packed sanitizing supplies and food in the car for the long drive and arrived at the Denver Clinic on March 26, where she noticed other cars with Texas plates in the parking lot, according to the affidavit.

At the clinic, she was examined, given a sonogram again, and because Colorado does not have a 24-hour waiting requirement, she was given her first abortion pill without delay and told she should try to get home within 30 hours to take the second pill.

She and her friend then turned around to go home. They were terrified she would have the abortion in the car, and tried to drive through without taking breaks. But after six hours, when it turned dark they were so exhausted they had to stop at a motel to catch some sleep. The woman finally got home and took the second pill just within the 30-hour window.

She said that despite the ordeal she was grateful she had the money, the car, the friend, and the supportive partner with a job, to make the abortion possible. Others will not be so lucky, she wrote. But "I was desperate and desperate people take desperate steps to protect themselves."

A 'Narrative' Of Choice

Paxton, the Texas attorney general, does not seem moved by the time limitations that pregnancy imposes, or the hardships of traveling out of state to get an abortion. He told NPR "the narrative has always been 'It's a choice' ... that's the whole narrative. I'm a little surprised by the question, given that's always been the thing."

On Thursday abortion providers and their patients returned to the district court in Texas instead of appealing directly to the U.S. Supreme Court to overturn the Fifth Circuit's ruling from earlier this week. The district court judge, who originally blocked the governor's ban, instead narrowed the governor's order so that medical abortions--with pills--would be exempt from the ban, as well as abortions for women who are up against the state-imposed deadline. Abortions in Texas are banned after 22 weeks.

In the end, though, this case may well be headed to the U.S. Supreme Court. And because of the addition of two Trump appointees since 2016--the composition of the court is a lot more hostile to abortion rights.