Accessibility links
In 'Laugh Lines,' Alan Zweibel Explains How He Helps 'Funny People Be Funnier' Zweibel began writing for Borscht Belt comics in 1972, earning $7 per joke. His memoir Laugh Lines chronicles four decades of comedic collaborations with some of the biggest names in the business. 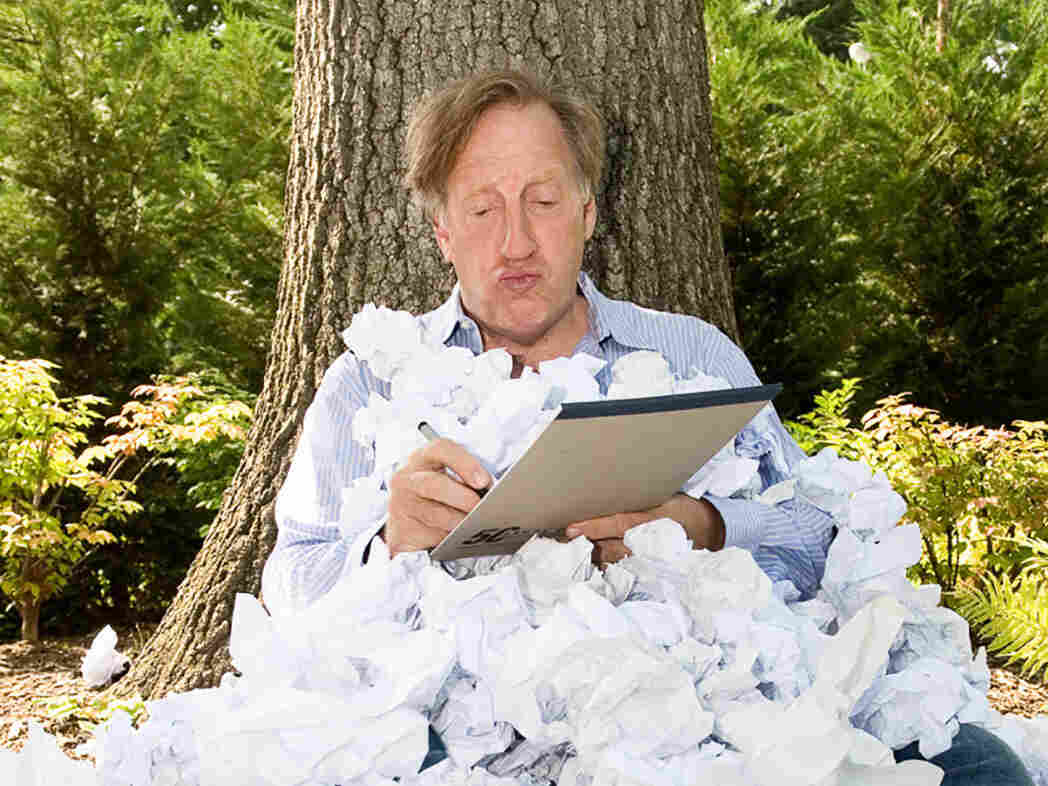 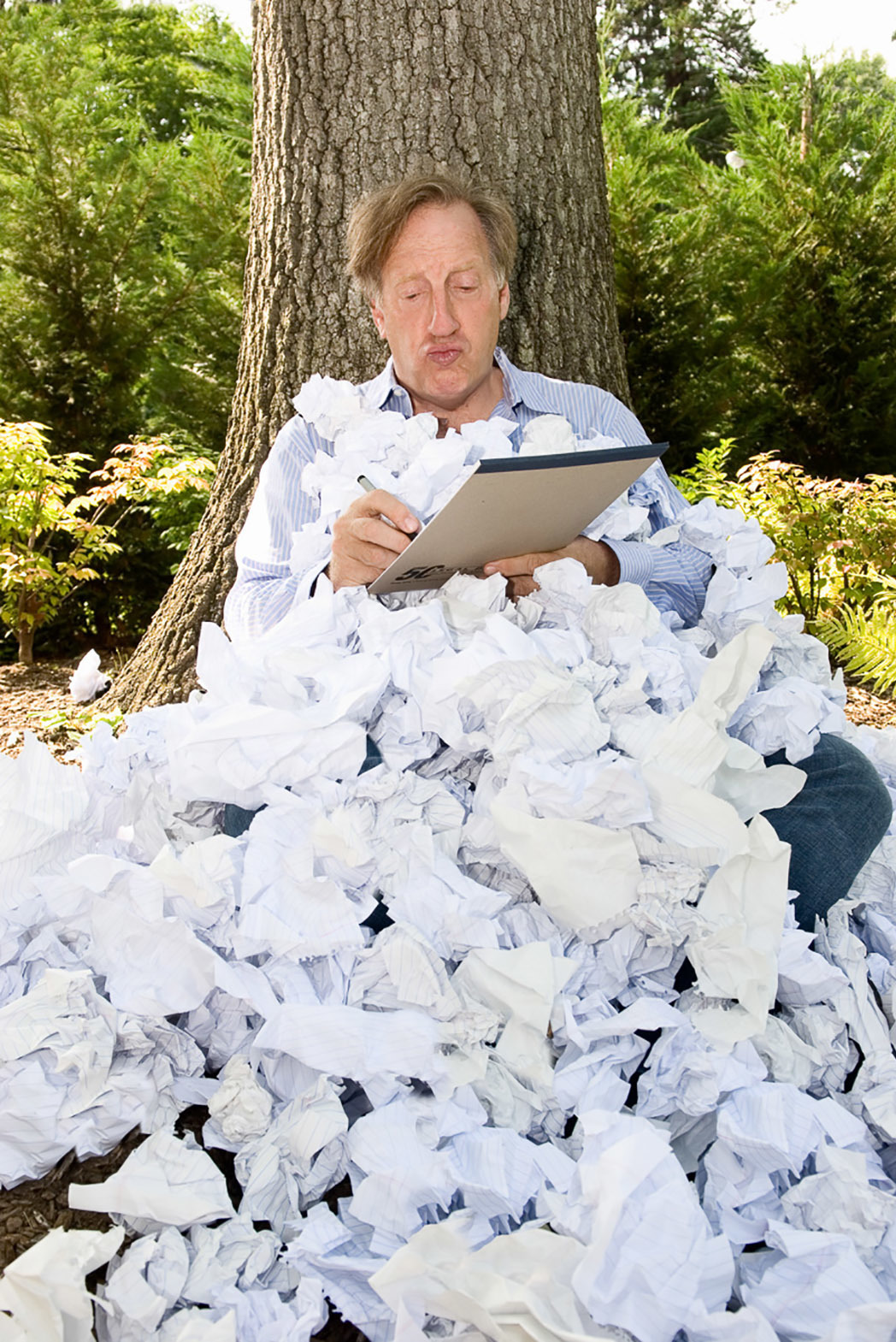 Billy Crystal has been friends with Alan Zweibel for more than 40 years, but he'll be blunt: "Alan was the worst stand-up comic," Crystal recalls of Zweibel's sets in the early 1970s. "He just looked panicked."

Even Zweibel admits that he was "dreadful" on stage. But his jokes were great. "They were smart, good, neurotic, Alan-based material," says Crystal.

Daring to do stand-up was a risk that paid off for Zweibel. One night, a young, longish haired Lorne Michaels was in the audience looking for talent for a new show that would eventually become Saturday Night Live. At the bar after one of his sets, Michaels told Zweibel he was no stand-up but he liked his material. Soon, Zweibel was one of SNL's original writers. 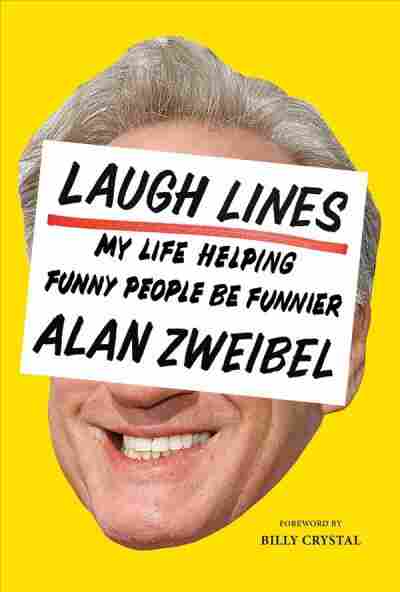 Zweibel recounts his partnerships in comedy writing in his new memoir Laugh Lines: My Life Helping Funny People Be Funnier. "Comedy writers learn early on that we have a high degree of anonymity," he writes — but for the high-profile comedians he's worked with, Zweibel is anything but anonymous.

In addition to his work on Saturday Night Live, Zweibel co-created the ground-breaking It's Garry Shandling's Show, he consulted on Larry David's Curb Your Enthusiasm, he helped Billy Crystal develop his acclaimed Broadway show 700 Sundays and, along with Dave Barry and Adam Mansbach, he wrote a book called A Field Guide to the Jewish People. Zweibel has helped shape, water and prune the vast garden that is American comedy.

I met Zweibel at the historic Friars Club, weeks before New York City was on lockdown due to the coronavirus pandemic. A stately, six-story townhouse with vaulted ceilings and ornate carvings, this monastery for jokesters was technically closed for repairs — but, as one of its most influential friars, Zweibel got us in.

He showed off the bar named for his buddy Billy Crystal, a violin that belonged to Jack Benny, and black and white photos of comedians going back decades — Zweibel talks about all of them as if they're family, with equal parts irreverence and awe.

Zweibel's own comedy career began in the summer of 1972, writing for tuxedo-wearing comics performing in the Catskills, earning $7 per joke. He was in his 20s, a kid of the adventurous '60s, and these Borscht Belt comics were, well, older. 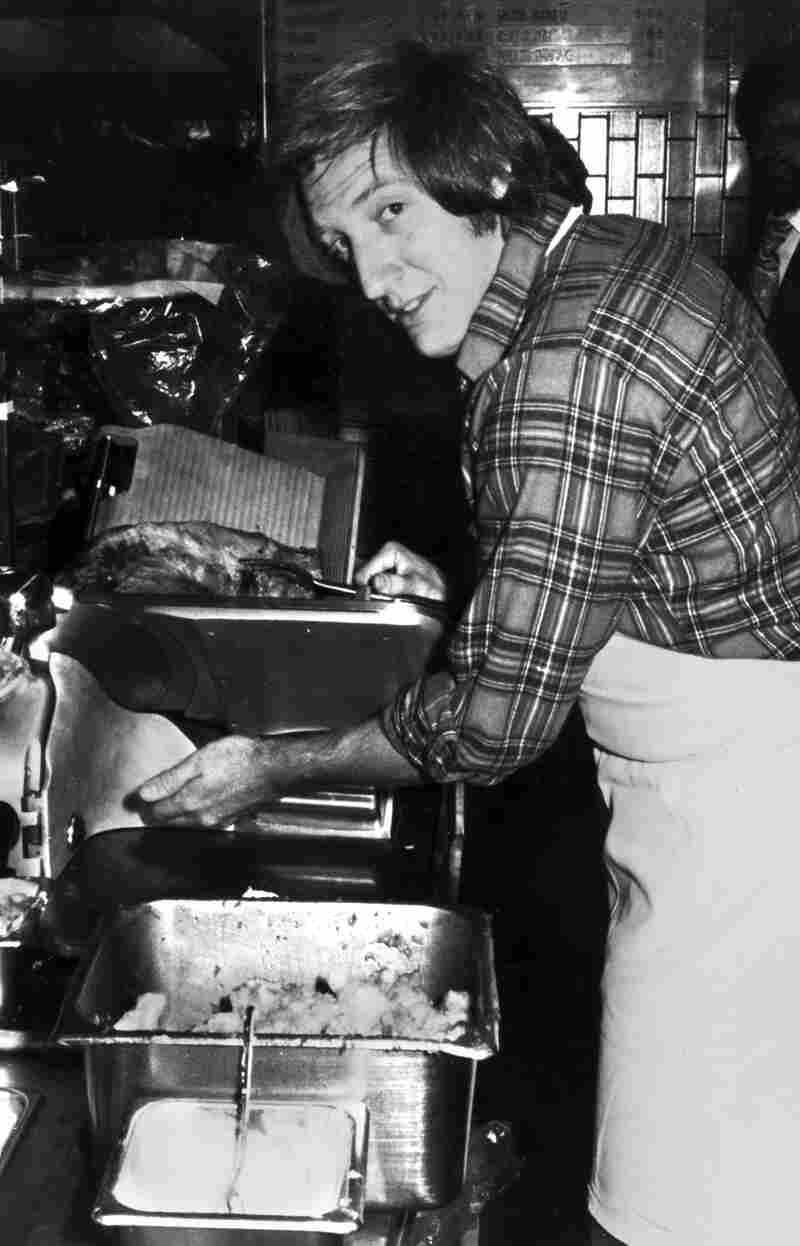 Zweibel worked at a deli before landing a job as a writer at Saturday Night Live. Courtesy Alan Zweibel hide caption 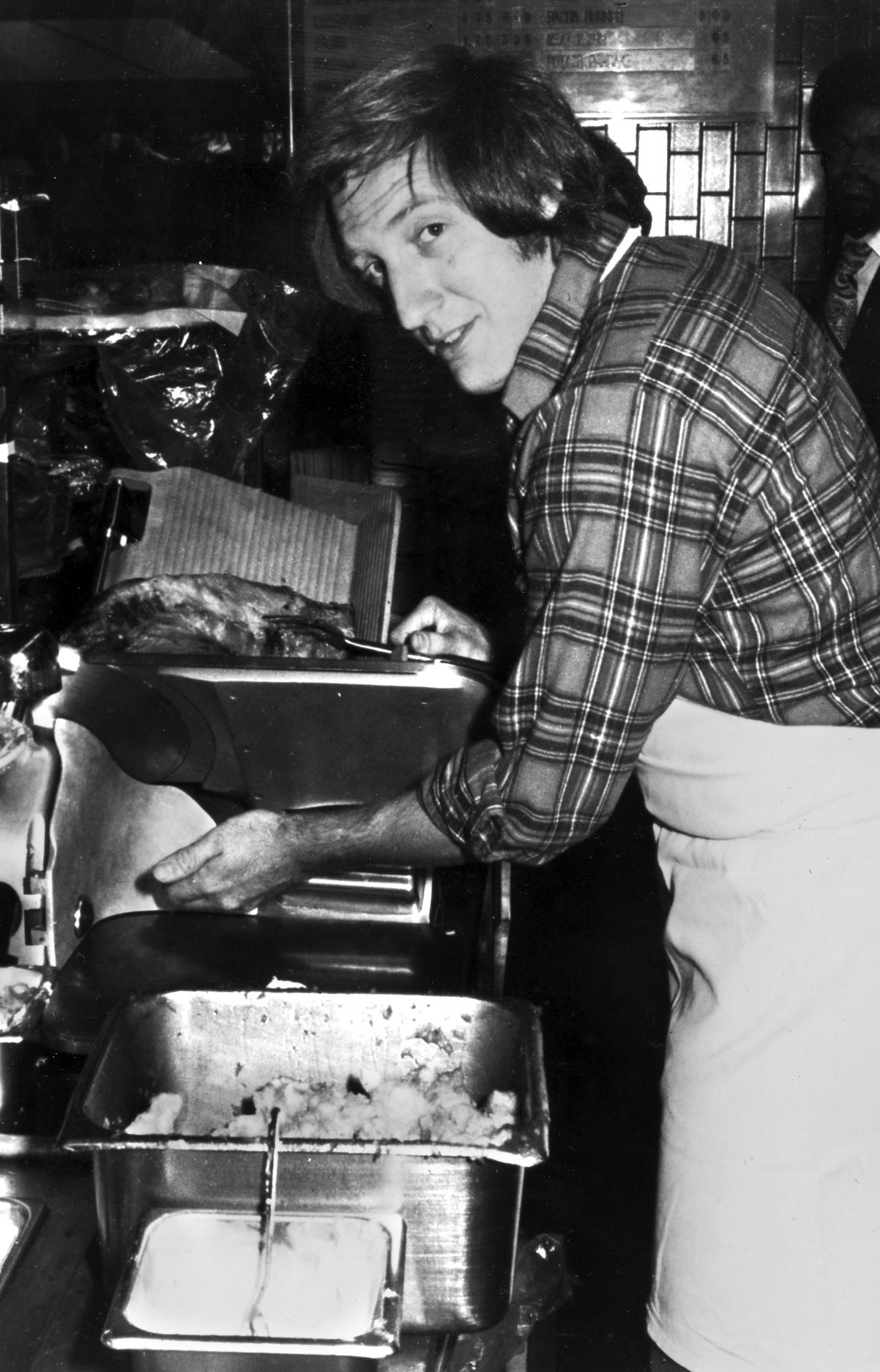 Zweibel worked at a deli before landing a job as a writer at Saturday Night Live.

"That style of humor was very ... it was not challenging at all," Zweibel remembers. "It was all joke and punch line oriented. It was wife jokes. It was a mechanic saying to a guy 'You know, I couldn't fix your brakes, so I made your horn louder.' It was jokes like that."

Definitely not the time for Zweibel to quit his job at a Queens deli, let alone move out of his parents' house on Long Island.

Around the same time, Zweibel decided to try stand-up. It was at a Manhattan club called Catch a Rising Star where he met Crystal, who was also just getting started in comedy. Since they both lived on Long Island, they commuted to the city together. On the rides home they would listen to their sets, which they'd recorded on cassettes, and give each other feedback.

"It's not an easy thing when you're first starting out to be onstage and give the illusion that you're in control of yourself," Crystal recalls. And with Zweibel, "There was no illusion. He was never in control of himself."

But bombing on stage got Zweibel a job writing for SNL — so who's laughing now?

One of Roseanne Roseannadanna's regular letter-writers, "Mr. Richard Feder," was named after Zweibel's brother-in-law. Zweibel says Radner got the idea for Roseanne Roseannadanna from the Shirley Ellis song, "The Name Game." "It went like, 'Johnny, Johnny, Bo Bonny, Banana Fanna, Fo Fonny,' " remembers Zweibel. "If you put in Roseanne, Roseanne, Rosanna, D'anna comes in there." 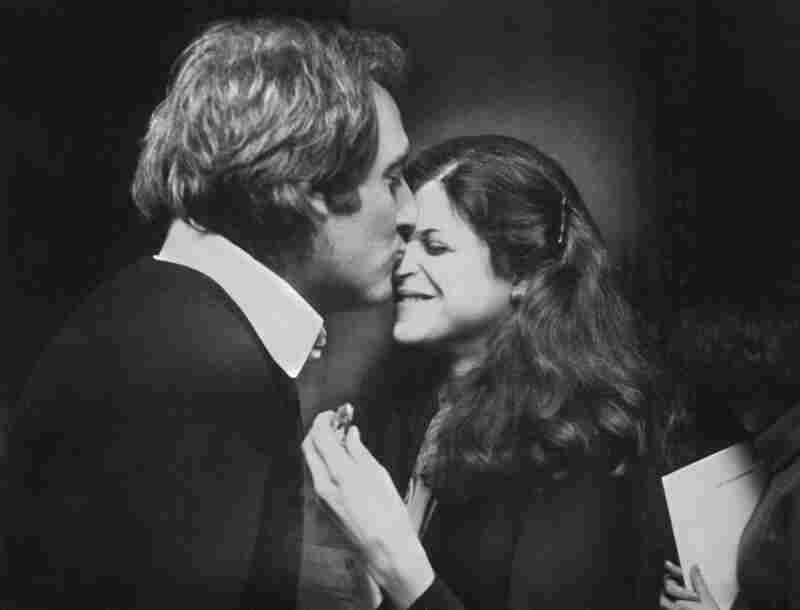 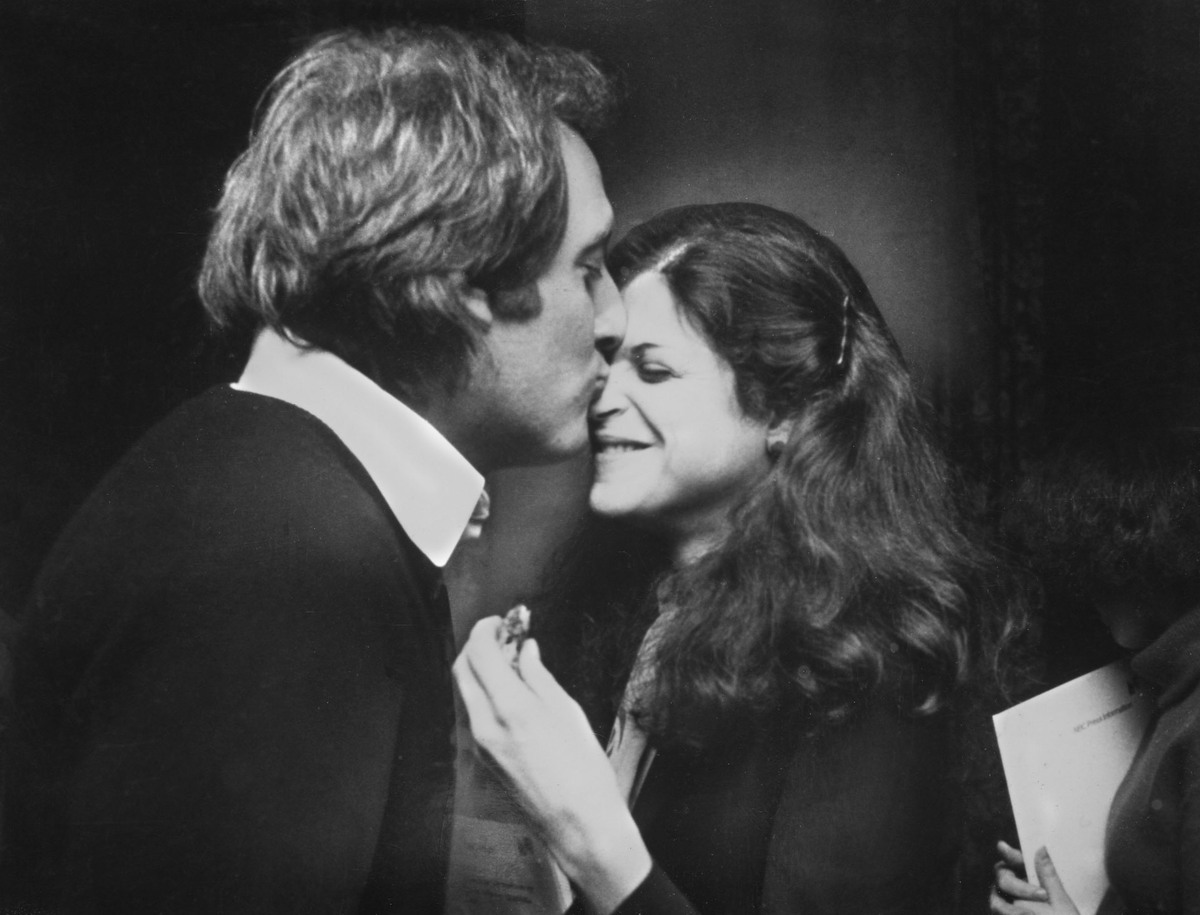 For Zweibel, it felt like more than a creative collaboration. "The Gilda partnership for me was magical," he says. "I was in love — I was hopelessly in love." But Radner was not interested in a romantic relationship. They remained friends right up until her death from ovarian cancer on in 1989.

Reflecting on his tenure at SNL, Zweibel writes of being deeply inspired by veteran comedy writer/producer Herb Sargent whose credits included the TV show That Was the Week That Was. Sargent was in his 50s at the time, and Zweibel remembers him as "the grown-up" of the writing staff. "His comedy had a conscience," Zweibel writes. "And he was mindful of its power to influence."

Sargent was the one who dubbed the cast the "Not Ready for Prime Time Players." Zweibel watched as that ragtag troupe went from relative obscurity to major stardom. "More success came with more trappings. Cabs became Town Cars. Rentals became co-ops. Cast members got their own assistants," he writes.

Back at the Friars Club, Zweibel is full of memories of witnessing major milestones in American comedy. He remembers the moment he and Garry Shandling wrote the lyrics to the theme song for It's The Garry Shandling's Show, a parody of TV sitcoms. They were riding an elevator together in their agent Bernie Brillstein's office building on Sunset Boulevard in Los Angeles. Zweibel says he asked Shandling, "What are you thinking?" and Shandling replied, "Why don't we do a theme song about the theme song?" Zweibel says that's how a great partnership works. "It took us the elevator ride to write that together. I could not have done it alone," he says.

For Billy Crystal, Zweibel was the ideal partner when, in the early 2000s, he was conceiving a very personal, one-man show about his family called 700 Sundays. The two had been friends since 1974, and Crystal says it mattered that they both grew up in Jewish households and that he trusted Zweibel.

"We had listened to each other's stories," he says. "And I felt that that would be a great combination for me to be with someone who could write really well, edit really well and also could listen really well."

Whether it's Gilda Radner, Billy Crystal or Dave Barry, for Alan Zweibel, there's nothing better than writing as a team. "The alchemy makes it something that neither of you could have done by yourselves," he says.

In a previous version of this story, the book edition box incorrectly credited Billy Crystal as a co-author of Laugh Lines. Crystal wrote the foreward for Alan Zweibel's book.