Accessibility links
Market And Business Ties Often Determine Where COVID-19 Supplies Go Under a collaboration between the Trump administration and major corporations, the marketplace and business ties often shape decisions about who gets life-saving equipment, and who has to wait. 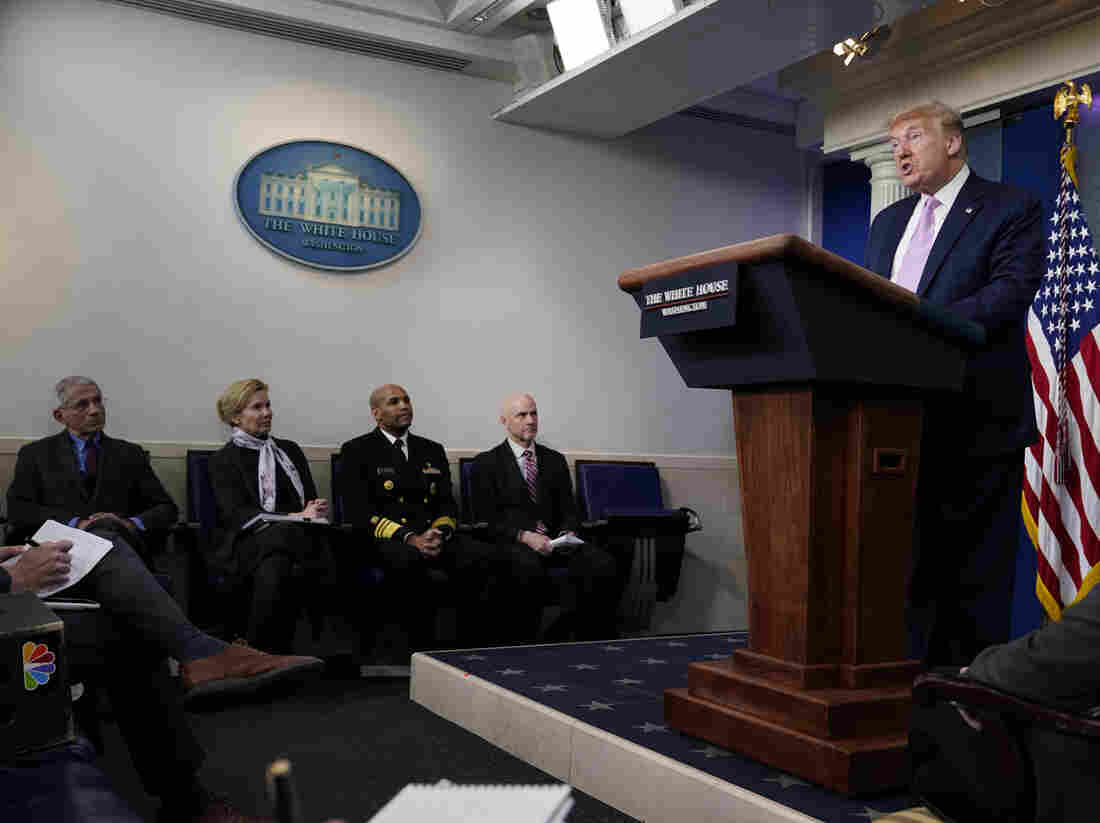 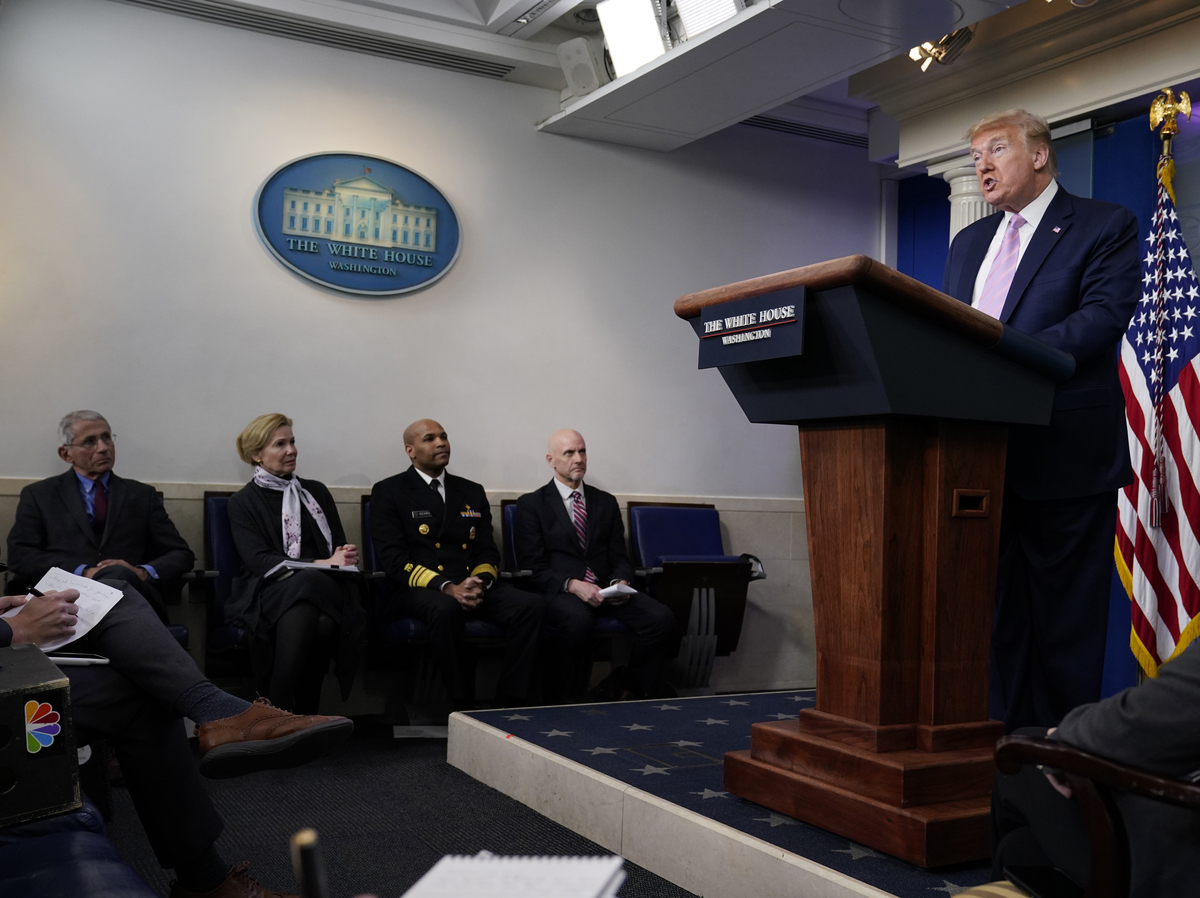 The Trump administration has enlisted some of the biggest corporations in America to help expand the supply of medical equipment needed to fight COVID-19 – but many of those supplies aren't going to the cities and hospitals where they're needed most.

Instead, this public-private collaboration means that the marketplace and long-established business ties often shape decisions about who gets life-saving equipment, and who has to wait, NPR found.

While FEMA is doing some of the work, corporate and U.S. officials say the medical supply shortage nationwide is so vast and dire that the federal government can't handle it alone. They say companies are needed because of their expertise and facilities to ramp up shipments fast.

So, late last month, the Trump administration shifted much of the supply effort for the COVID-19 fight to corporations, including McKesson, Cardinal Health and Medline Industries.

This arrangement surprised and dismayed many state governors. When the COVID-19 pandemic exploded in the U.S., they expected the federal government to step in aggressively, buying ventilators, N95 masks and other medical equipment, rushing supplies to growing hotspots like New York City.

"When I was in the federal government, FEMA effectively was the shipping clerk," said New York Gov. Andrew Cuomo, who served in the Clinton administration. "They did the purchasing, they disseminated to the states. That's the simplest system."

Company executives interviewed by NPR say their efforts are already accelerating deliveries and expanding the supply of medical equipment.

"We operate about 50 distribution centers in the United States, and we have about 22 manufacturing facilities," said Jesse Greenberg, a Medline spokesman. "We're doing our very best to step up to this challenge."

The executives say safeguards are in place to prevent firms from price-gouging during the pandemic. Earlier this month, the Justice Department took the extraordinary step of issuing a letter allowing five of the country's biggest medical supply companies to collaborate on the COVID-19 response, sharing information and resources in ways that would normally violate antitrust laws.

"It's totally unique. I do not remember anything like it before," said Eleanor Fox, who studies trade regulation at the New York University law school. "It would probably be an illegal cartel, but for the fact that this is a crisis."

But the majority of medical supplies procured by these companies aren't being handed out through FEMA or distributed on the basis of immediate need. Instead, the equipment is going first to companies' regular customers.

"We have existing contracts," said Medline's Greenberg. He noted that his firm stopped taking new orders from frontline health providers, even those in desperate need, as the pandemic escalated. "The inventory isn't there for Medline to service new customers."

This means a hospital with existing supply contracts with one of these companies before COVID-19 hit might get shipments of masks and gowns even when not facing a surge of sick patients.

Meanwhile, a hospital without that kind of relationship might have to wait, even if its doctors and nurses are at risk because they lack protective equipment.

One high-profile part of this public-private arrangement is known as the Airbridge project. The Trump administration is chartering dozens of cargo flights packed with medical supplies from overseas.

"That gear and those outfits are being handed out as they arrive," said President Trump during his White House briefing on Thursday. "They're going directly to point."

In fact, the masks, gowns and other gear carried on those planes go first to private companies.

Firms partnering on the Airbridge flights tell NPR that under their agreement with the White House and FEMA, roughly half the medical equipment in those deliveries is theirs to sell however they like. The other half will be shipped to COVID-19 hotspots but not necessarily to the worst-hit hospitals. Once again, supplies go to existing customers.

"This product that we're moving is primarily commercial product," said Navy Rear Adm. John Polowczyk, who leads FEMA's procurement task force. "That would enter the commercial system and be distributed through financial business transactions between hospitals and these distributors."

Asked why more supplies aren't being prioritized and distributed based on need rather than market-driven factors, Polowczyk said he didn't want to disrupt existing supply chains. "We're bringing product in, they're filling orders for hospitals and nursing homes, like normal."

But many governors say the situation isn't normal. In many places, nurses, doctors and first responders are still caring for patients without enough protective equipment.

As a result, many states have chosen to work around the Trump administration's public-private supply chain, seeking their own suppliers. Governors say this has led to confusion and chaotic bidding wars with suppliers around the world.

"I have to figure out how to do business with China where I have no natural connection as a state," Cuomo said. "Every state has to scramble to find business connections with China."