Accessibility links
Review: 'Run' Never Slows Down Merritt Wever and Domhnall Gleeson play a pair of ex-lovers who reunite impulsively, abandoning the commitments they've made in the years since they broke up. 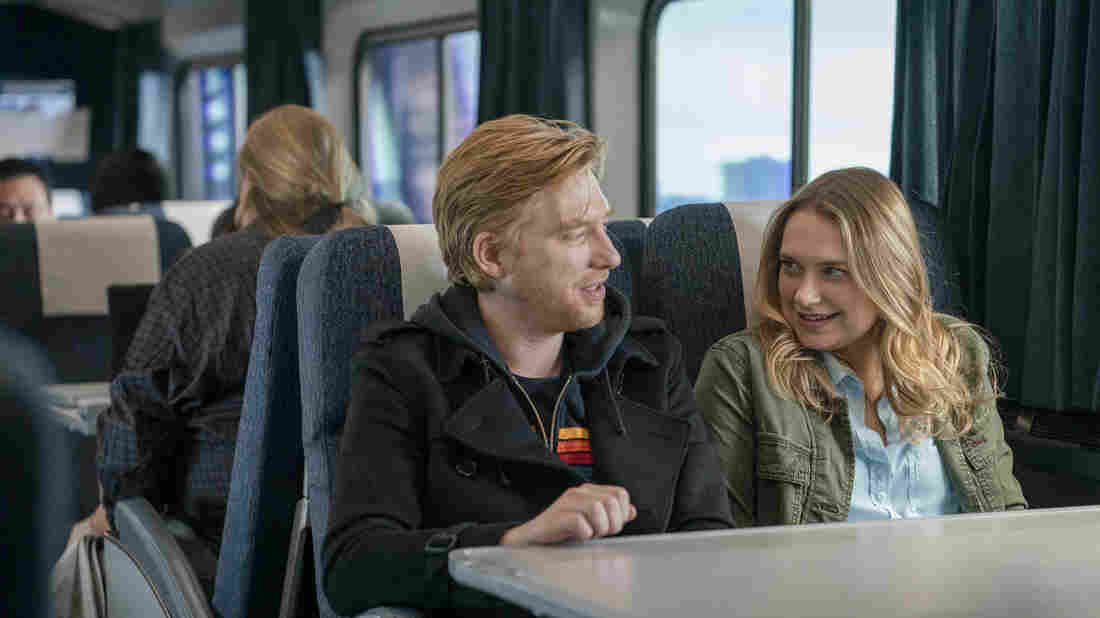 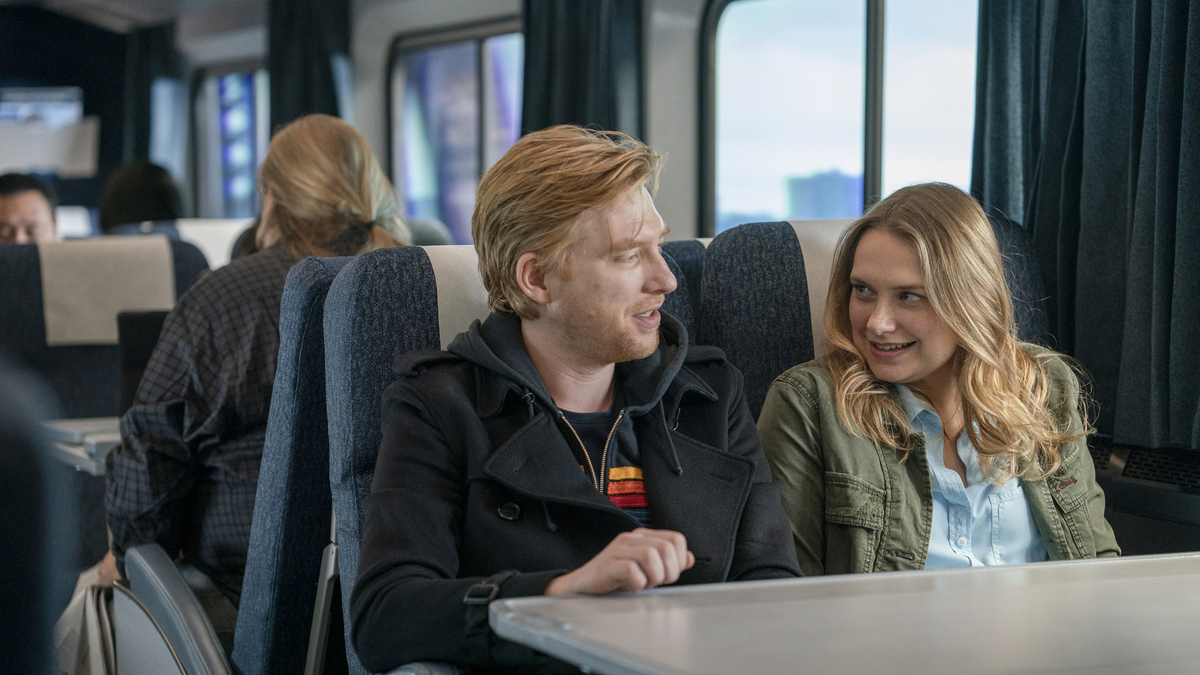 Billy (Domhnall Gleeson) and Ruby (Merritt Wever) get some strange on a train in HBO's spiky romantic comedy Run.

The premise is big, bold, even broad: When they broke up in college, fifteen years ago, Ruby (Merritt Wever) and Billy (Domhnall Gleeson) promised each other that if either one of them ever texted the word "RUN" to the other ... and the other texted it back, they would drop everything and meet in Grand Central Station, hop on a cross-country train, and see what happened.

The execution, as it's carried out by Wever, Gleeson and showrunner Vicky Jones, is smartly, bracingly small. Grounded. Precise. Detailed. Real.

That contrast is why HBO's Run is the best new show of 2020.

The notion of running away from your commitments to hook up with an ex is, after all, quite literally an escapist fantasy. It seems like it to us, and it seems like it to Ruby and Billy. The fun of the opening few minutes of the seven-episode series (five of which have been screened for press) is the thrill of chasing an impulse. They're having a ball, and so are we.

But impulsive actions bring a kind of joy that's bound up with disorder. Chaos isn't a by-product, it's part of the appeal. Run knows that — and it knows that when Ruby and Billy do see each other again, they will each come to that encounter with the conviction that the past fifteen years of their real lives never happened, that they can pick up where they left off, that they can be the selves they were 15 years ago.

'Unbelievable' Is A Searing Drama About Violence And Justice

They can't, of course, and the many tiny ways this begins to dawn on them — we watch it happening in the tilt of Wever's head, in the way Gleeson's eyes jitter in his face — makes for a kind of ruefully knowing comedy. We can see how much they've idealized this reunion over the years, which makes every moment they actually spend together sexy, and dangerous — and fragile.

Again and again, their idyll threatens to shatter — a bit of flirty banter goes awry, or a wave of guilt crashes over one of the other, or a muttered aside inflicts a deep wound. But they keep coming back, and before too long the pressures that endanger their time together shift from internal to external. This transition happens a few episodes in, when the series slides from rom-com to thriller... um ...-com.

Creator Vicky Jones, who directed the original stage version of Fleabag, plays with time in a smart, revealing way. We do get flashbacks, but they aren't to what we're expecting to see — college-age Ruby and Billy, making the pact — they're to moments that, doled out over the course of the series as they are, directly affect our perceptions of these characters in the current moment. They don't fill in tedious backstory, they change our understanding of what we're seeing. The show knows that we've got everything we need to know about that college relationship — Wever and Gleeson are showing it to us every moment they share the screen.

Wever is great, here — sliding her warm, lilting voice up and down her register in a way that switches from flirty to furious and back again, often within a single line of dialogue. Gleeson is funny without ever lunging at a joke (note the way he subtly dials up his Irish accent to Full Lucky Charms Leprechaun, when someone whose help he requires tells him they're part Irish). The performances are layered enough for us to look past Ruby's selfishness and Billy's shadiness and still root for them. Even Rich Sommer, as the husband Ruby left in the lurch, gets a scene or two to invest his character with deeper levels than expected.

Executive produced by Phoebe Waller-Bridge (who shows up for a brief cameo), Run shares a sensibility with both Fleabag and Killing Eve — a clear-eyed intelligence about adult sexuality combined with a sense of humor that explores interpersonal dynamics without relying on familiar tropes. In fact, that mid-season turn from romantic comedy to thriller feels like a transition from Fleabag (smart, sexy comedy) to Killing Eve (propulsive, twisty plot, raised stakes).

Which is not to say that anything about Run feels derivative of those shows. It's its own thing, clearly, and what that is happens to be just what this cultural moment demands — two actors at the top of their game in a story that's fun, funny, sexy and, more than anything else, smart.