Accessibility links
Colleges Worry If Sporting Event Shutdowns Will Affect The Big Moneymaker: Football The shutdown of sporting events due to the coronavirus pandemic has put athletic careers on hold and interrupted the flow of money that makes sports such a big business. 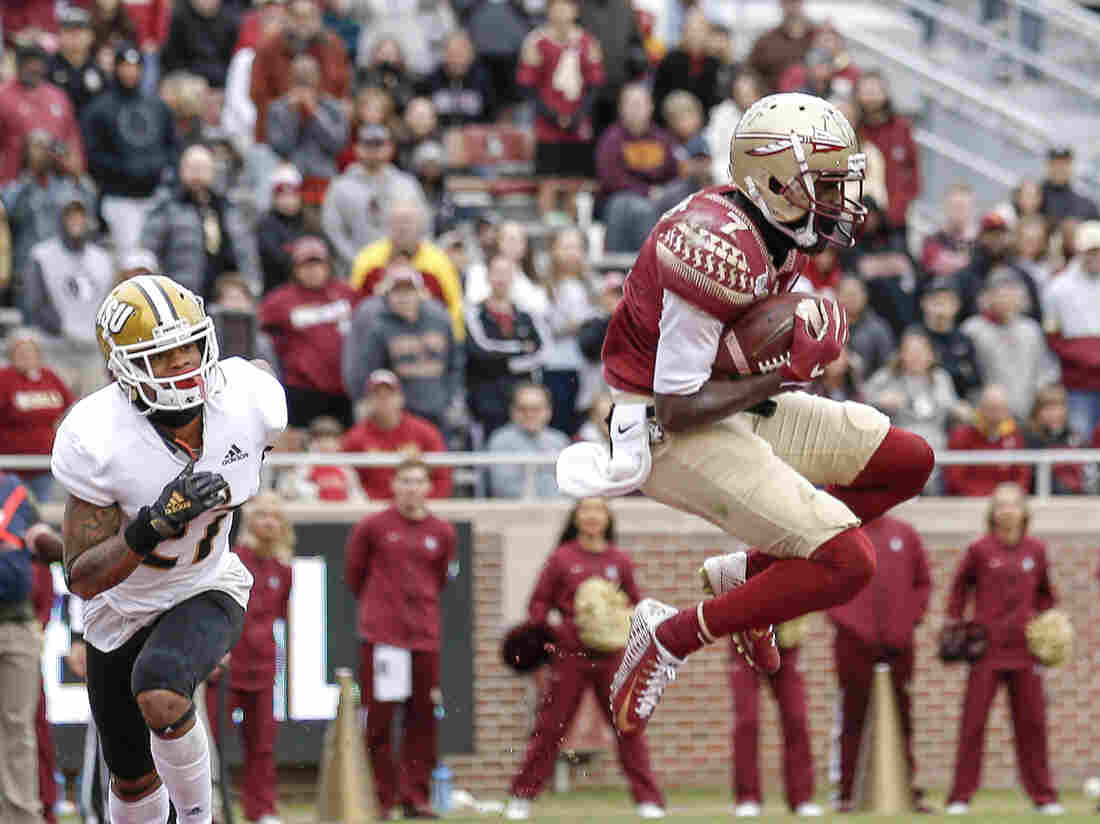 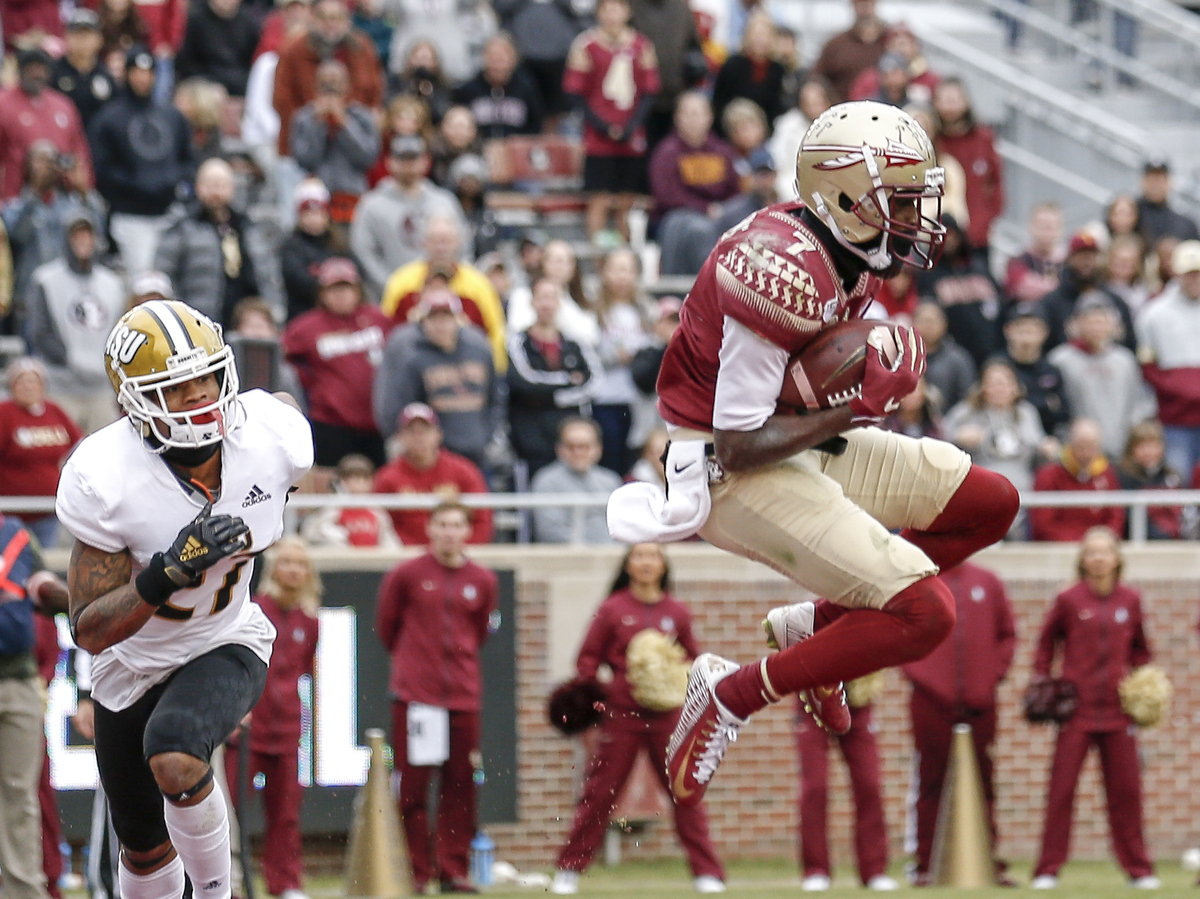 The shock of the NCAA canceling college sports largely is gone.

The cost, is not.

Santino Morina, a 20-year-old wrestler at Old Dominion University in Virginia, felt it last week when he got an emergency email.

Morina logged on from his home in New Jersey, where he's staying during the pandemic. He heard his coaches announce that because of financial issues, they were ending the school's wrestling program. A program that had been part of ODU sports since 1957.

"It was April 2," Morina remembers, "so I was like 'Oh it's probably just an April Fool's joke.' And then, the more they started talking to us, the more I realized this is no joke. This is for real. The coaches were getting emotional and it really started to sink in, like, it's actually over."

In A Pandemic, The Paupers Of Professional Baseball Are Getting Help

The shutdown of sporting events due to the coronavirus pandemic has put athletic careers on hold and interrupted the flow of money that makes sports such a big business. College sports are trying to deal with the shortfall and dreading what happens if the shutdown affects the big moneymaker: football.

This month, the NCAA was going to start distributing about $600 million to its Division 1 member schools, like Old Dominion. But with the cash-cow men's basketball tournament canceled, along with spring championships, the figure plummeted to $225 million. It helped seal ODU wrestling's fate, and left athletic departments everywhere, scrambling.

Iowa State Athletic Director Jamie Pollard recently announced many in his department are taking pay cuts and coaches are suspending bonuses and incentives.

On a conference call with reporters last week, Pollard said it could get much worse.

"We're probably in a phase right now that we're in a long hard winter," Pollard said, "but if we can't play football this fall, I mean, it's ice age time."

Two years ago, Forbes reported college football's 25 most valuable teams generated a combined $2.5 billion a year in revenue. "A tremendous portion of those earnings goes toward supporting non-revenue sports like softball and swimming," and, to cash-hungry opponents.

When Florida State thumped Alabama State last year, 49-12, the losing team actually got what it wanted. A reported $425,000.

It was a guarantee game, where a lesser team usually endures a pummeling at the hands of a major program, for big bucks.

Alabama State Athletic Director Jennifer Lynne Williams says these games are critically important for a "limited resource institution" like hers.

"[Guarantee game money] goes into our general fund," Williams says, "it goes to support the University. The University gives us our operating budget and they're able to fully fund us with scholarships so when we're going out and playing, the money goes into supporting our institution as a whole."

"Not having those guarantee [games], it doesn't just affect athletics, it can effect the entire University."

Guarantee games usually are warm-ups for the power schools, played before conference competition begins. One of the possible scenarios for this football season, depending on the status of the outbreak, is playing a shortened season with just conference games.

The impact would be greatest on those smaller schools, like Alabama State, who'd lose out on the big paydays.

The concern goes way beyond guarantee games, however. There's fear a football shutdown could have a devastating effect on the entire NCAA system. Williams thinks athletic directors are uniquely qualified to handle the stresses and uncertainties currently facing college sports.

"I really do think being a former athlete has prepared a lot of A.D.'s for this [situation]," says Williams, who played basketball at the University of North Carolina. "We have to continue to build up our staffs emotionally and support our student athletes during these unprecented times."

So far, Williams says she hasn't had to make dramatic changes because of the financial challenges. Alabama State's $15 million athletic budget pales in comparison to the power conference schools, and Williams says spending less is a way of life in her department.

"We always talk about being fiscally conservative," she says, adding with a laugh "that's something I probably say to my staff too, too often. So now it's even more important."

While Williams hasn't had to cut jobs or sports, she knows the future remains uncertain.

"I think as [the pandemic] continues to play out, if it doesn't improve, I think everybody's going to have to look at how you scale back," she says.

A student, without the athlete

College athlete advocates worry the money crunch on schools, will hurt their ability to provide athletes with medical coverage and athletic scholarship.

As a result, the National College Players Association wants the NCAA to make some significant rules changes. The NCPA says third parties should be able to pay for athlete expenses, such as food, rent and medical expenses.

"I used wrestling as an opportunity to get my education," he says.

Morina can continue that education at ODU because the school says currently enrolled students will retain their scholarships if they stay. But he's not quite ready to give up on his sport.

"I'm still going to put like 100% into it," he says. "I want to still be an all-American, maybe a national champion."

The question is, where? Will increasingly financially strapped schools have scholarship money if he wanted to transfer?

"If an opportunity presents itself where I can wrestle and go to college [cheaply], I will definitely take that opportunity," he says. "But if it's not financially there, it's a sacrifice I'll take for myself."

And continue life as a student, without the athlete part.