Accessibility links
Need A Mental Escape? These Books Offer Solace In Troubled Times With much of the world on lockdown due to the pandemic, critic Maureen Corrigan turns to books for companionship. Her recommended reads span fiction, nonfiction and poetry — some old, some new. 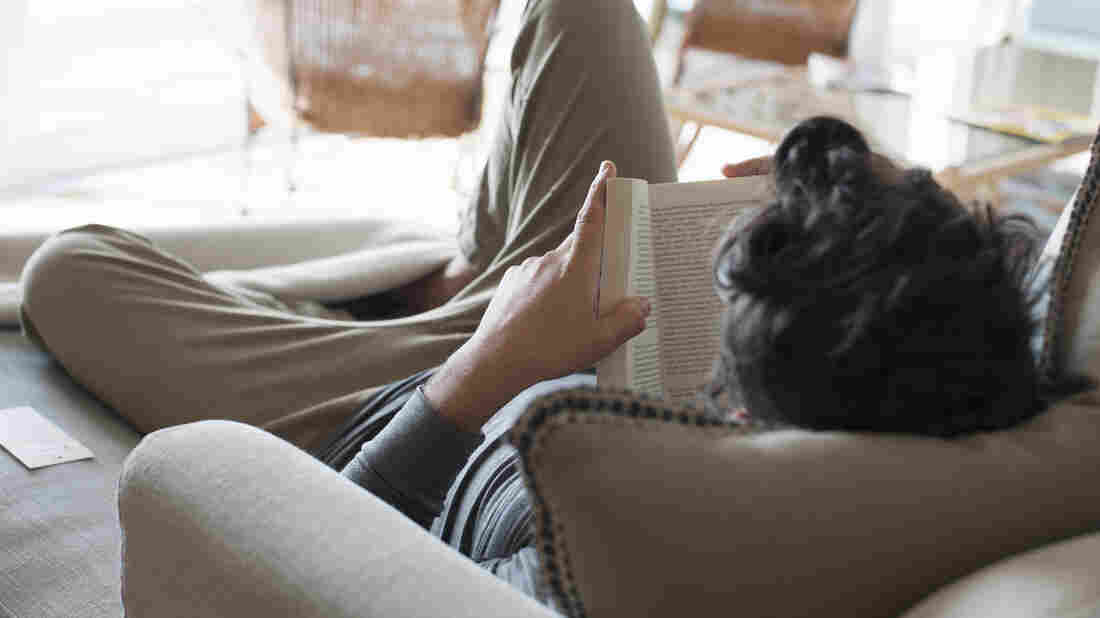 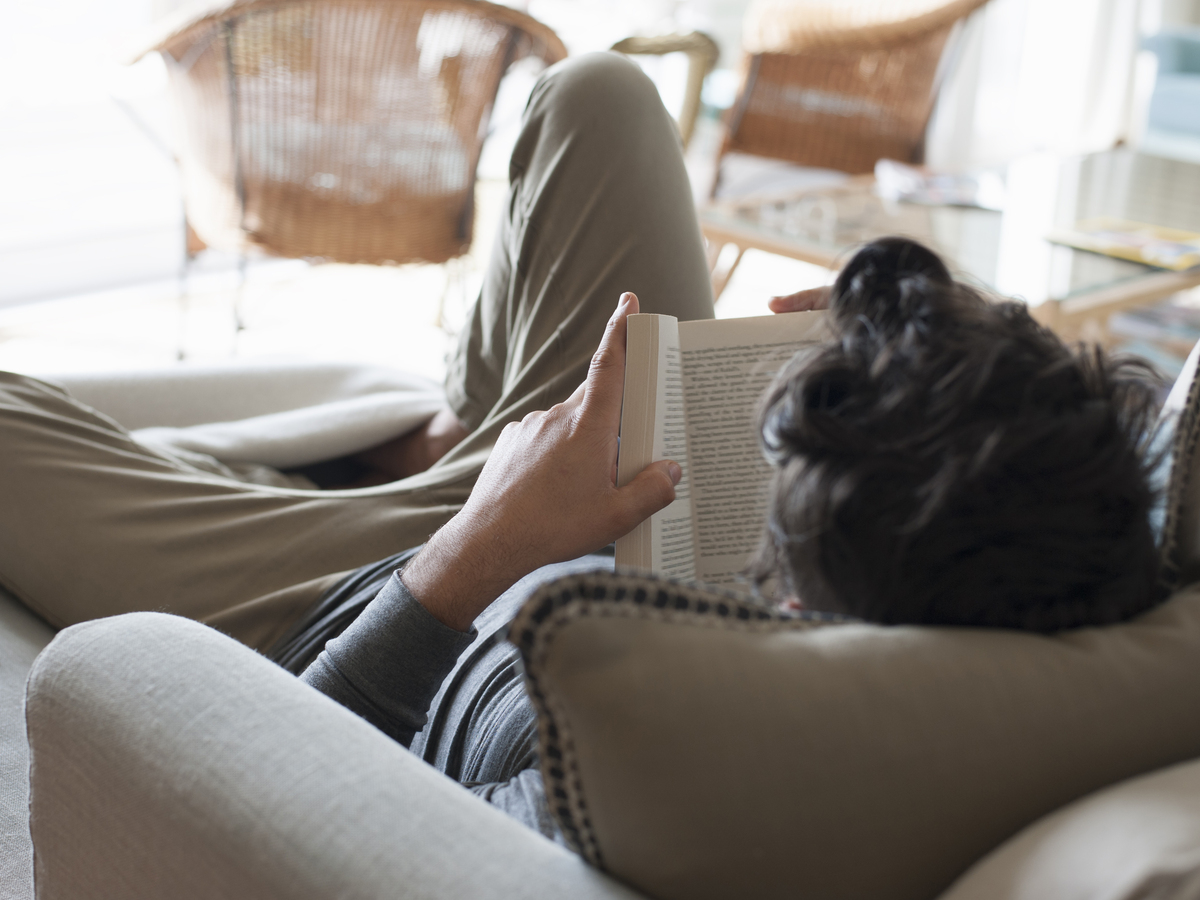 There's a black-and-white photo taped on my office door at school — the office I haven't been inside in almost a month. It shows an American soldier stretched out, reading A Tree Grows in Brooklyn, Betty Smith's 1943 novel based on her childhood in Williamsburg, Brooklyn.

Smith's novel, along with Moby Dick, The Adventures of Superman and some 122 million copies of novels, essays and poetry were printed during World War II and distributed to servicemen. The largest distribution of these so-called "Armed Services Editions" was on the eve of D-Day: Every man boarding a landing craft was handed a book. Even as an uncertain destiny awaited them, some of these guys — like our friend in that photo — found solace in reading.

Books are essential cargo, I believe that. And, I want to give a nod to the range of the Armed Services Editions by recommending a variety of books — old and new — that appeal to me right now. 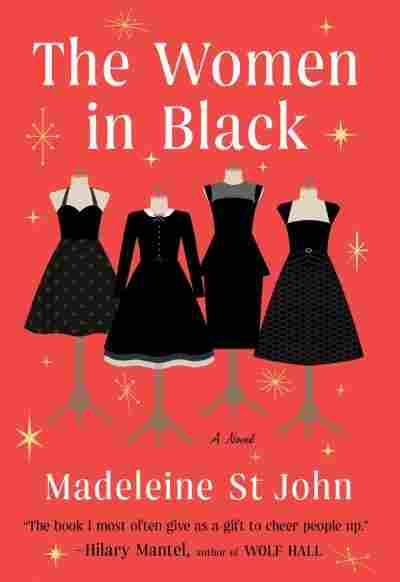 The Women in Black

When I need a mental escape from a stressful situation, I often fantasize about wandering around one of the grand department stores of my New York City childhood: stores like Bonwit Teller and B. Altman. Most of those palaces of consumption are gone but, fortunately, Scribner has recently published the first American edition of a tart, beguiling 1993 department store novel called The Women in Black, by Madeleine St John.

Set in the 1950s, the novel focuses on four saleswomen, decked out in black uniform dresses, who work at Goode's Department Store in Sydney, Australia. My favorite character is a high school girl, a temporary worker named Lisa, who falls in love at first sight with a couture cocktail dress, "a froth of red pin-spotted white organza with a low neck, a tight bodice, a few deep ruffles over the shoulders. ..."

"She was experiencing for the first time that particular species of love-at-first-sight ... which sooner or later comes to all: the sudden recognition that a particular frock is not merely pretty, would not merely suit one, but answers beyond these necessary attributes to one's deepest notions of oneself."

On the cover of The Women in Black is a blurb by author Hilary Mantel who says that this is the book she "most often give[s] as a gift to cheer people up." Do you really need to know anything more?

This pandemic has so many of us thinking a lot about food, and when I think of good writing about food I always think, first, of the immortal Laurie Colwin, who died in 1992. Colwin's unpretentious essays about whipping up the likes of buttered noodles and savory beef stew are collected in two books: Home Cooking and More Home Cooking. 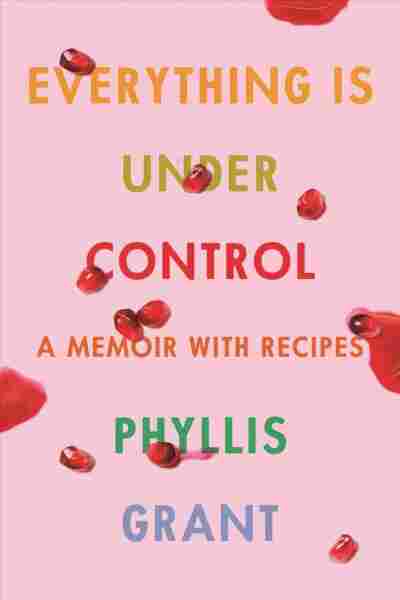 Everything Is Under Control

A Memoir With Recipes

There's a slim and sensuous new food memoir coming out this month called Everything Is Under Control, by Phyllis Grant. Grant has cooked in famous restaurants, but she started out training to be a dancer at Juilliard. When she arrived in the city as a teenager, Grant says she and the other would-be dancers made "New York our cafeteria," inhaling "[w]hite onion, cheddar, and tomato omelets with French fries in fluorescent diners ..." But soon enough, Grant describes how the demands of dance shamed her and her friends into denying their appetites.

Reading about diners and thinking of all those restaurant workers across the country who've lost jobs makes me think of one of my favorite books of all time, Stewart O'Nan's 2007 novella, Last Night at the Lobster. In precise, insider language, O'Nan writes about a manager named Manny and his staff working the last shifts at a Red Lobster restaurant that the higher ups have decided to close. It's a great story in miniature about loss of the casual community that workplaces create — a community that many of us are missing right now. 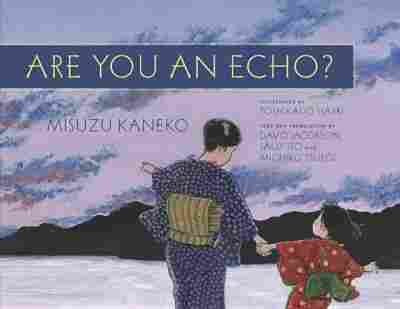 Are You an Echo?

The Lost Poetry of Misuzu Kaneko

We're into April, which means this is National Poetry Month. I owe this next recommendation to Maria Popova, whose eclectic Brainpickings blog site spotlighted a Japanese poet named Misuzu Kaneko. A small publisher, Chin Music Press, has brought out a gorgeously illustrated edition of Misuzu's poetry and tragic life story aimed at children and adults called Are You An Echo? Here's a simple poem called "Snow Pile" that displays Misuzu's celebrated empathetic imagination:

Snow on top
must feel chilly,
the cold moonlight piercing it.

Snow on the bottom
must feel burdened
by the hundreds who tread on it.

Snow in the middle
must feel lonely
with neither earth nor sky to look at.

I want to end where I began, in my beautiful battered hometown of New York. Most of the great books about New York are books about walking, and that's certainly true of Colson Whitehead's packed personal travelogue, The Colossus of New York, which came out in 2003. Whitehead roams from the Port Authority to the Brooklyn Bridge to the once dense streets of Midtown. If you're missing the feeling of being lost in a crowd, Whitehead — and really all these writers I've just recommended — offer you the next best thing: the possibility of getting lost in a book.

Read an excerpt of The Women in Black

Read an excerpt of The Colossus of New York