Accessibility links
Easter Tornadoes Kill At Least 6, Cause Damage In Several Southern States Mississippi and Louisiana were hardest hit by the storms that were part of a band of severe weather stretching across the entire southeast of the country. 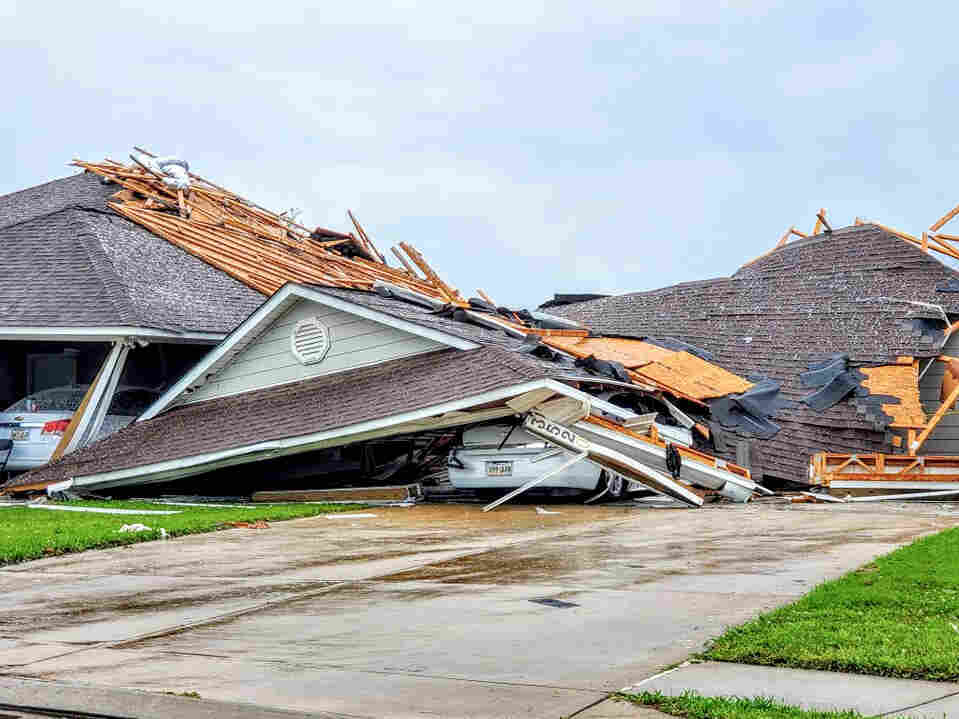 Damaged buildings and vehicles are seen in the aftermath of a tornado in Monroe, La., on Sunday, in this still image obtained from social media. Courtesy of Peter Tuberville via Reuters hide caption 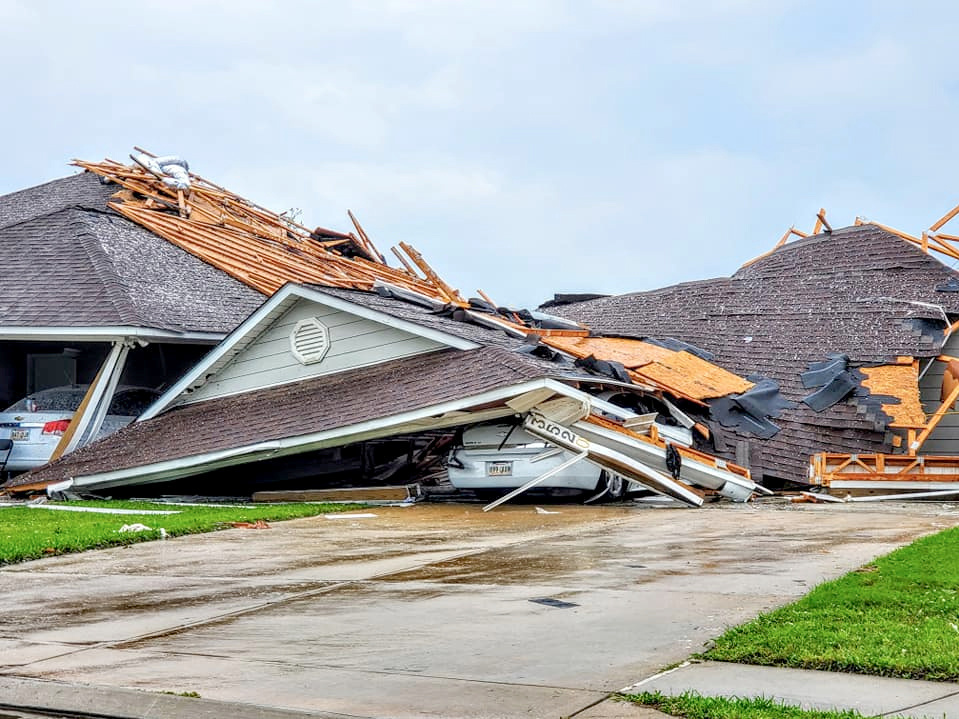 Damaged buildings and vehicles are seen in the aftermath of a tornado in Monroe, La., on Sunday, in this still image obtained from social media.

Courtesy of Peter Tuberville via Reuters

Severe storms swept across much of the Southeast on Sunday, spawning a series of tornadoes that killed at least six people in Mississippi and caused damage in parts of northern Louisiana and Alabama.

The tornadoes were part of a band of severe weather from the Mississippi River to the East Coast, according to the National Weather Service.

At least six people died in Mississippi, where early reports said that a dozen or more tornadoes touched down, according to The Associated Press.

"This is not how anyone wants to celebrate Easter Sunday," Mississippi Gov. Tate Reeves said late Sunday, declaring a state of emergency due to the storms.

"As we reflect on the death and resurrection on this Easter Sunday, we have faith that we will all rise together," Reeves said. "To the people of Mississippi, know that you are not alone. The state and our first responders are working around the clock and will not rest until this is over."

Gregory Michel, the executive director of the Mississippi Emergency Management Agency, said the deaths occurred near the Louisiana state line, with one person killed in Walthall County, two in Lawrence County and three in Jefferson Davis County.

"We do know that we are going to have multiple injuries spread out across these counties," Michel said. "We certainly hope that we won't have any more fatalities, but we don't know that right now."

Before the storms hit Mississippi, multiple tornadoes were reported in northern Louisiana, where there were no immediate reports of serious injuries, but thousands of residents also were without electricity, the AP reports.

As many as 300 homes were damaged in the storms around Monroe, La., Jamie Mayo, the city's mayor, told KNOE-TV.

"By the grace of God, early reports show only a few minor injuries,"
Mayo tweeted. "Pray for our city! Many neighbors & friends suffered catastrophic damage."

“By the grace of God, early reports show only a few minor injuries. Pray for our city! Many neighbors & friends suffered catastrophic damage. We are hurting; but not broken. Times like this remind us WE ARE STRONGER TOGETHER! Together we we will rebuild.“ - Mayor Jamie Mayo pic.twitter.com/sByzavTiTg

At Monroe's regional airport, where winds of up to 69 miles per hour were recorded, siding was stripped off buildings and strewn across runways, causing the cancellations of flights.

Elsewhere, in the parishes of DeSoto and Webster, in northwestern Louisiana, there were reports of dozens of homes sustaining damage.

There was also destruction from storms and suspected tornadoes in Alabama, according to AL.com. A church roof and steeple were damaged by lightning in Morgan County, Ala., Eddie Hicks, director of the county's Emergency Management Agency, told the newspaper website.