Accessibility links
From Private Helicopters To Concierge Doctors, Inequality Is A 'Big Business' Nelson Schwartz, author of The Velvet Rope Economy, says special privileges for the super-rich are dividing America: "The result is less sympathy, less empathy and a sort of a harder-edge society." 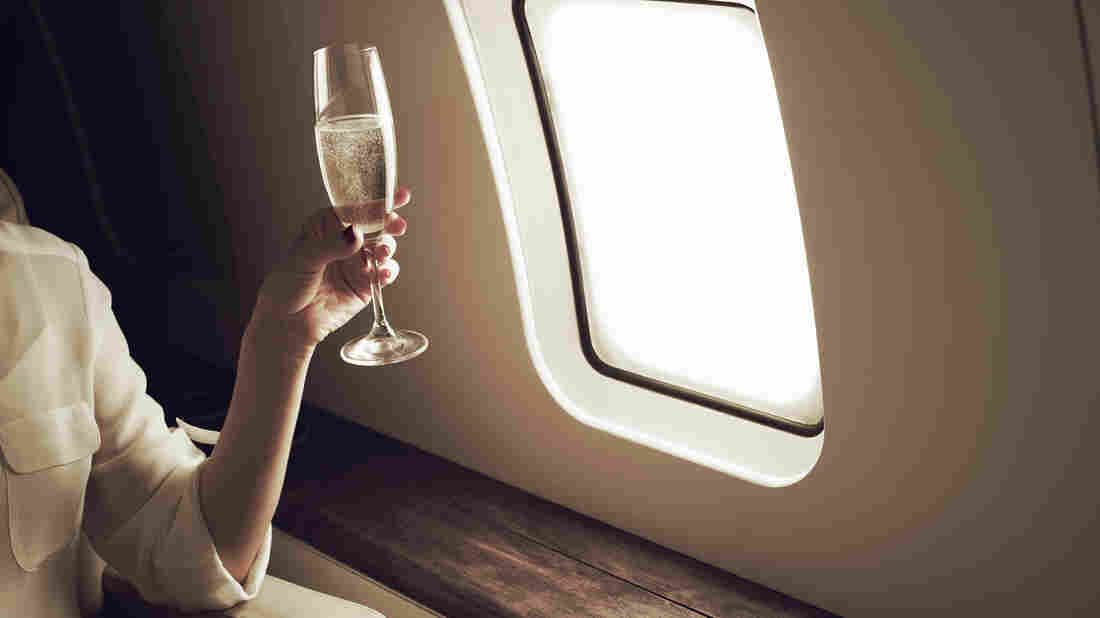 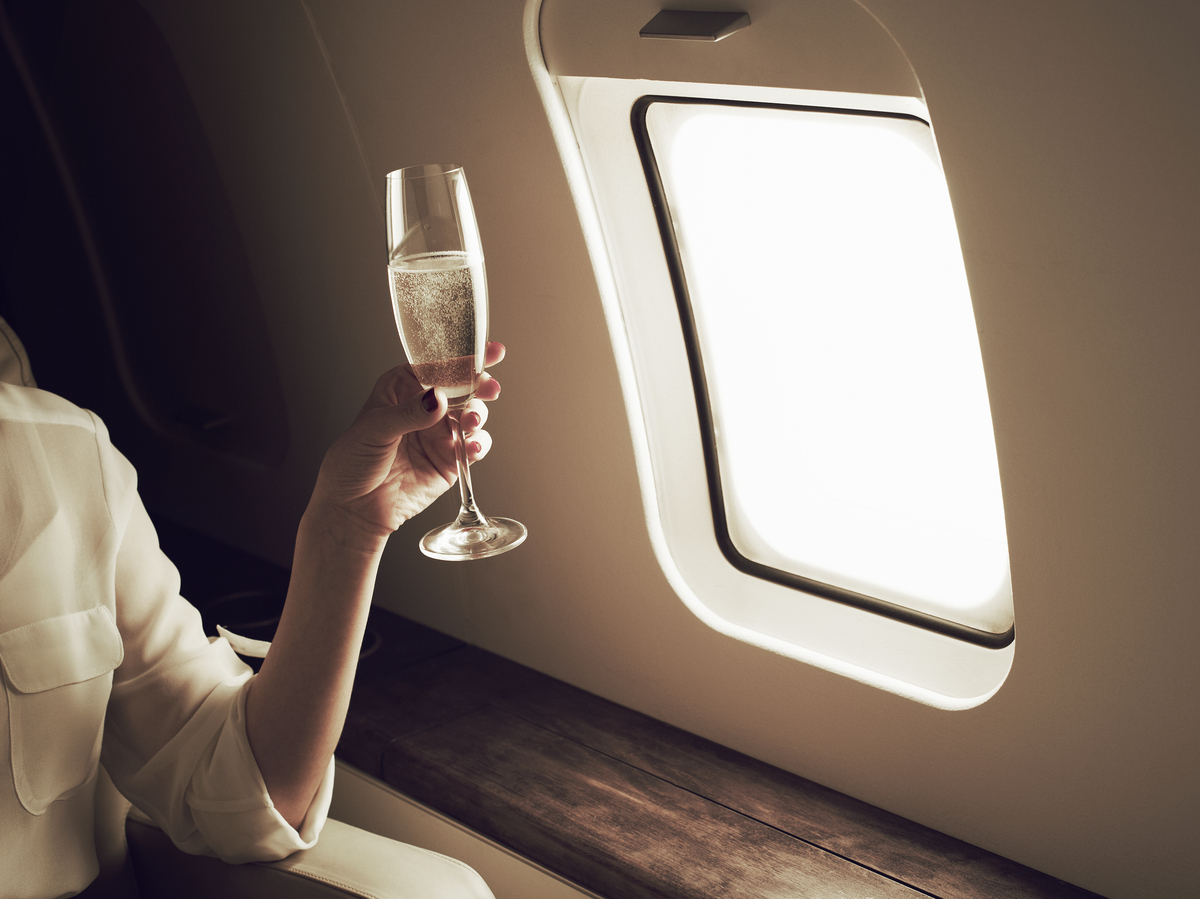 COVID-19 attacks indiscriminately: Young or old, rich or poor, it seems like everyone is vulnerable to the virus. But New York Times economics writer Nelson Schwartz says increasing economic inequality in the U.S. means that, as a group, the country's wealthiest one percent are likely to fare better during the pandemic than everyone else.

"One of the most striking aspects of the emergency of coronavirus is the inability to get tested," he notes. But Schwartz says that concierge doctors — primary care physicians who charge several thousands of dollars a month for access to care — have been able provide their patients with COVID-19 tests that might otherwise be impossible to obtain.

"One concierge doctor I spoke to rounded up viral swabs ahead of time," Schwartz says. "He was able to arrange testing for his clients when others couldn't get tests."

In addition to having better access to COVID-19 tests, Schwartz notes that the rich are more likely to have flexible private transportation services and second homes — which can ease the burden of "social distancing" to avoid the virus.

"People say we're all in it together. But to me, the pandemic has exposed these class differences," he says.

Schwartz's new book, The Velvet Rope Economy, examines how new services spare the super rich from the hassles of everyday life, including getting stuck in traffic, standing in line or waiting on hold. He notes that the ramifications of our stratified society run deep.

"I think the result is less sympathy, less empathy and a sort of a harder-edge society," Schwartz says. "There's a lot of anger among people who are not benefiting from these kind of privileges. ... There isn't a feeling that we're in it together. ... Instead it's each man for himself." 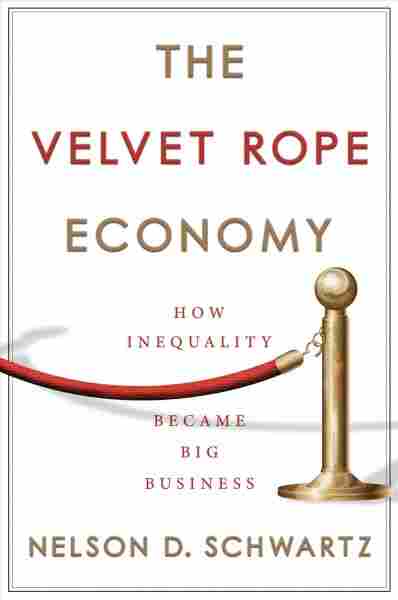 On how concierge doctors provide expedited access to specialty care

I write about a concierge doctor in San Francisco named Jordan Shlain, and he has relationships with many, many doctors, ... one of whom is a doctor named Ethan Weiss, who's a cardiologist — a very experienced and skilled specialist who his specialty is preventing second heart attacks. [Dr. Weiss] normally has a waiting list of six months to get an appointment with him. But if you're a patient of Dr. Shlain's, you can get an appointment with Dr. Weiss in a matter of days or weeks. That ability to get connected with specialists really struck me as something very surprising. ... The ability to get appointments with specialists in a hurry, that can really be a matter of life and death.

On the counseling service IvyWise, which helps wealthy kids get into elite colleges

IvyWise employs former Ivy League admissions officers, and they can provide what economists call "asymmetric information," namely, they can say, "the dean of admissions is really interested in Southeast Asia. We think you should do an internship or a summer travel to Cambodia and write your essay on that. That will appeal to the dean of admissions." Or if there's an athlete applying for school, they'll say, "Cornell needs a goalie. Columbia doesn't. Apply to Cornell." And that kind of asymmetric information is very, very valuable. Then they do the normal kind of stuff, which is sort of advising on essays, advising on what schools to, talking about course loads, that kind of thing. But what struck me was the information quality and the idea that they employ all these former Ivy League admissions officers who can really give you the idea of being in the room where it happens. ...

IvyWise admissions counselors make much more than they would working in college admissions offices, and they can charge as little as $350 for a starting fee, up to $250,000. It really varies quite a bit who you see at the firm. If you see the firm's founder, Kat Cohen, she charges a minimum of $100,000 for each family. And families will go to IvyWise beginning very early on in the process, like several years out. So they'll work with them for years, sort of hewing their course schedule and sort of shaping their admissions effort just years in advance.

What's It Like To Be Rich? Ask The People Who Manage Billionaires' Money

At other airports, if you're an elite frequent flyer, you have a separate entrance to the terminal, you have a separate line, you board the plane separately. You really don't come into contact with ordinary fliers. And I think that kind of explains why flying can be such an assaultive experience, because for the normal passenger, that's what it is. Whereas for the elite who make up the bulk of revenues, it's an exercise in convenience. ...

In Manhattan, there's something called Blade, which is a helicopter service which can jump over the traffic in 15 minutes and deposit you right by your flight. Blade is pretty popular [going to] JFK or to Newark [airports], and they even have a kind of a Sinatra era ring-a-ding-ding bar with drinks, and you can have a drink before boarding your helicopter flight. You could take it to the Hamptons if you're not going so far afield. You'll get to [JFK in] 15 minutes instead of two hours ... in rush hour. ... That will run you about $195 per person to go from the west side to JFK or Newark.

On how cruises use a tiered system

This has changed quite a bit, and this is one of the things that really made me want to write the book, because people would say to me, "Wasn't it always this way?" It's true that a century ago you had the Titanic, where you had very defined class lines or little more than a century ago and you had gates between classes and all that. That's all true. However, mid-century and beyond, things got much more egalitarian. ... If you remember, The Love Boat, people had different sized rooms, but they all mixed together in the dining rooms, in the common areas. And that's how it was on board ship. That began to change about 20 years ago.

The cruise ships are very, very sophisticated in terms of understanding the psychology of passengers, how far to go with the velvet rope and when to not push it too far.

And now you have sort of a ship-within-a-ship. ... And they have different dining rooms and different areas of the ship where other passengers can't go. Again, it seemed like a metaphor for our society. It's interesting the psychology of it. The cruise ships are very, very sophisticated in terms of understanding the psychology of passengers, how far to go with the velvet rope and when to not push it too far.

But for instance, on Royal Caribbean, you have two restaurants — Windjammer and Coastal Kitchen — and they're next to each other. But Coastal Kitchen is reserved for [higher paying] guests and has frosted glass windows. But to get to get to Windjammer, you have to walk by Coastal Kitchen. So you kind of see what you can't enjoy. I would have thought that creates resentment or creates sort of like you're gonna have a Russian revolution on board one of these ships. But no, what it does, they say, is create a marker in the passengers mind and they say, "Next time I want to trade up, I want to have a Coastal Kitchen."

On how some businesses succeed because they are more equitable

The most profitable airline of all time is Southwest, and Southwest doesn't have classes. And I think Southwest shows you can have a more egalitarian vision and still succeed beyond all measure. Delta and American wish they were as profitable as Southwest. So Southwest has done it. I look at sports; I look at the Green Bay Packers, which is fan-owned, so that makes it a little easier. ... In Green Bay, they've tried to make the fan experience rewarding for the ordinary fan. And they've kept some of the best seats as regular boxes and just not try to make it such a stratified, tiered experience. I write about a golf course called Bandon Dunes in Oregon, which is just a great, great course. But the owner charges prices that he feels make it within reach of ordinary golfers.