Accessibility links
Stream The Best New Songs From The Mountain Goats, Jerry Paper, Avishai Cohen : All Songs Considered This week's must-hear mix of music to slow the blood includes some delicate and joyful sounds, mostly from artists you likely haven't heard of, including Ben Lukas Boysen and Jerry Paper. 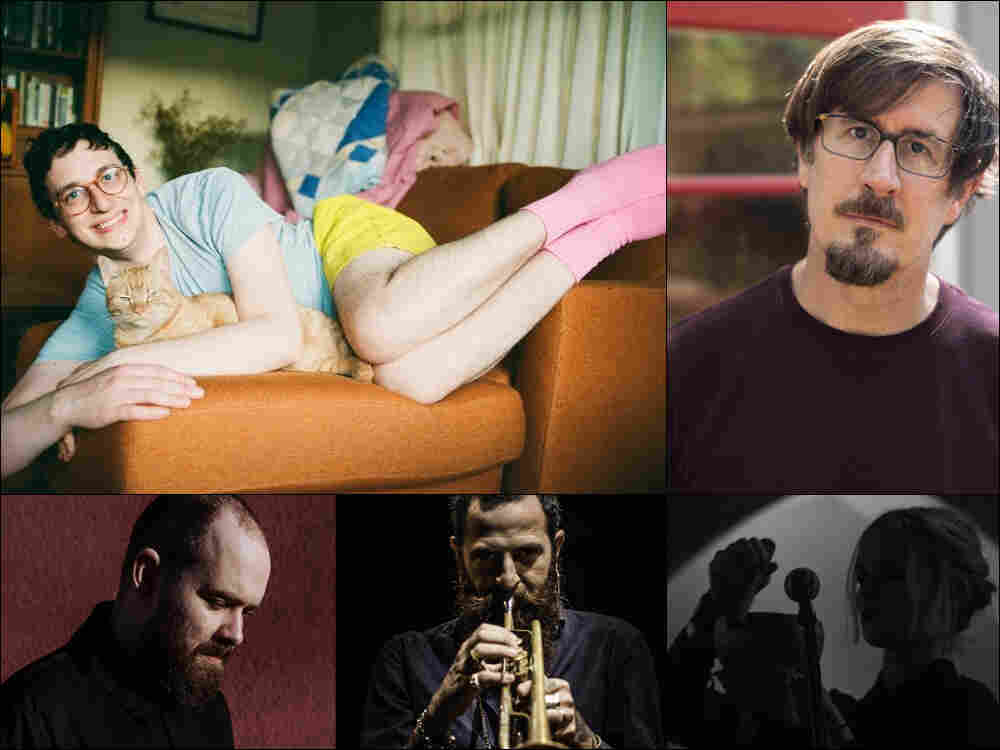 We seek comfort in the familiar, and I get that. But we all tend to love what we know and not know what we might love. And so on this edition of All Songs Considered, we play a mix of new music mostly from artists you've likely never heard.

Jerry Paper is, in the words of NPR's Andrew Flanagan, "a lovable goofball." Jerry Paper's song "Puppeteer" is about the monotony and terror of captivity, which sounds scarier than it is and fitting for our homebound lives. Ben Lukas Boysen makes music I can best describe as inner peace, while Avishai Cohen & Big Vicious create a spacious and thoughtful version of Massive Attack's "Teardrop." We close the show with a song from Revolutionary Army of the Infant Jesus, a band that makes mystery and space for thoughtful reflection, refracted through their wild imagination.

Joining me on this week's episode, along with Andrew Flanagan, is NPR Music's Suraya Mohamed and our resident viking, Lars Gotrich.

1. The Mountain Goats: "Until Olympius Returns" from Songs for Pierre Chuvin

5. Revolutionary Army of the Infant Jesus: "Vespers" from Songs of Yearning