Accessibility links
Bernie Sanders Endorses Joe Biden For President Sanders had long said he'd support whoever won the Democratic nomination. He made it official on Monday. 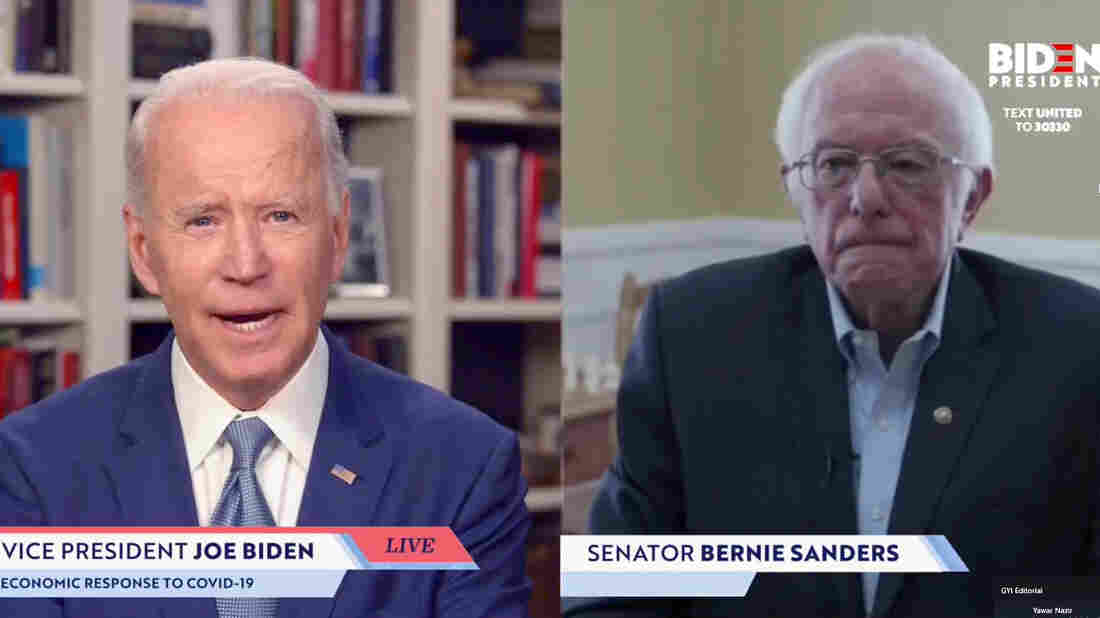 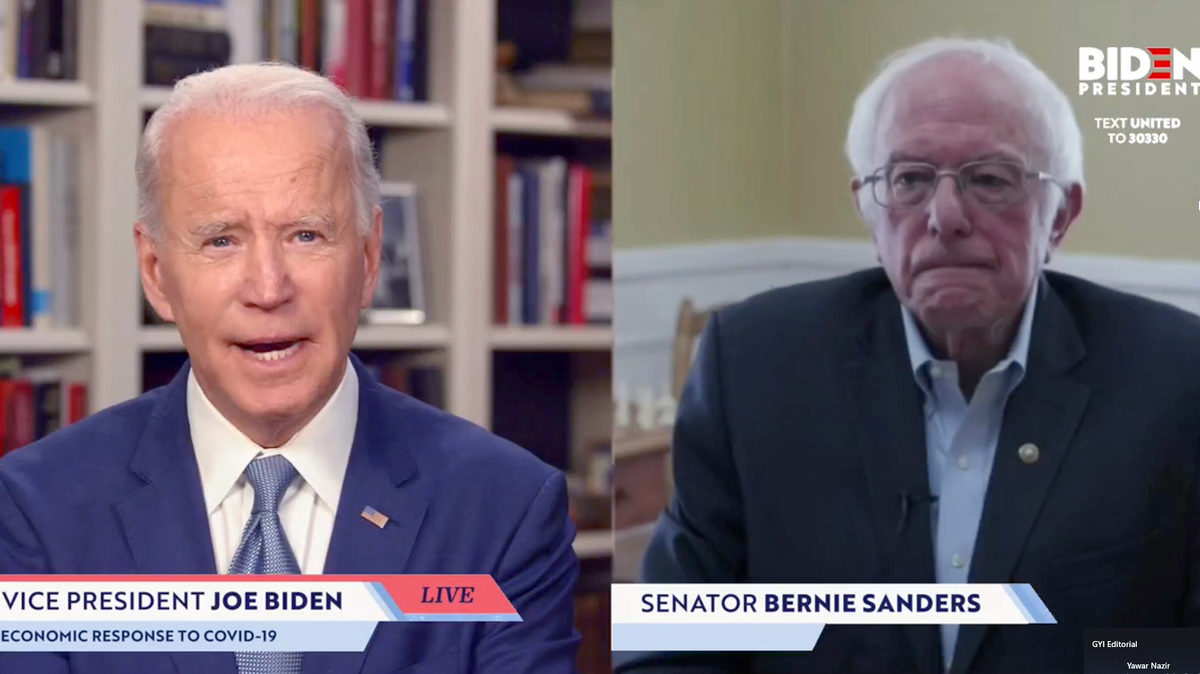 Sanders, who suspended his campaign last week, had long said he'd support whoever won the Democratic nomination, but he did not formally endorse Biden when he announced an end to his own run on Wednesday.

Sanders made the announcement as he remotely joined Biden on a livestream video.

"Today I'm asking all Americans ... to come together in this campaign to support your candidacy, which I endorse," Sanders said to Biden.

"We've got to make [Donald] Trump a one-term president and we need you in the White House," Sanders added. "So I will do all that I can to see that that happens."

During the livestream, Sanders and Biden discussed the nation's coronavirus response and multiple policy issues.

Specifically, the two announced the formation of several task forces focused on shared policy concerns, including on the economy, education and criminal justice.

"Now, it's no great secret out there, Joe, that you and I have our differences and we're not going to paper them over; that's real," Sanders said. "But I hope that these task forces will come together utilizing the best minds and people in your campaign and in my campaign to work out real solutions to these very, very important problems."

Sanders and Biden clashed over issues including health care, Social Security and guns during the Democratic primary.

In announcing the suspension of his own campaign last week, Sanders committed to remaining on the ballot in upcoming primaries, to be able to accrue delegates to exert influence over the party platform. But he also acknowledged that it would be "virtually impossible" to surpass Biden in delegates to obtain the nomination.

Toward the end of the livestream, Sanders joked that the two should play chess, and Biden touted his longtime friendship with Sanders.

"I appreciate your friendship, and I promise you I will not let you down," Biden said to Sanders.

Biden has accumulated 1,228 pledged delegates, according to NPR's delegate tracker. Wisconsin was set to release the results of its primary, held last week, later Monday.