Accessibility links
After Killing Investigation, Bloomberg News Sought To Silence Reporter's Wife The investigation into Chinese political elites would "wipe out everything we've tried to build there," Matthew Winkler, Bloomberg's editor-in-chief at the time, said on audiotape obtained by NPR. 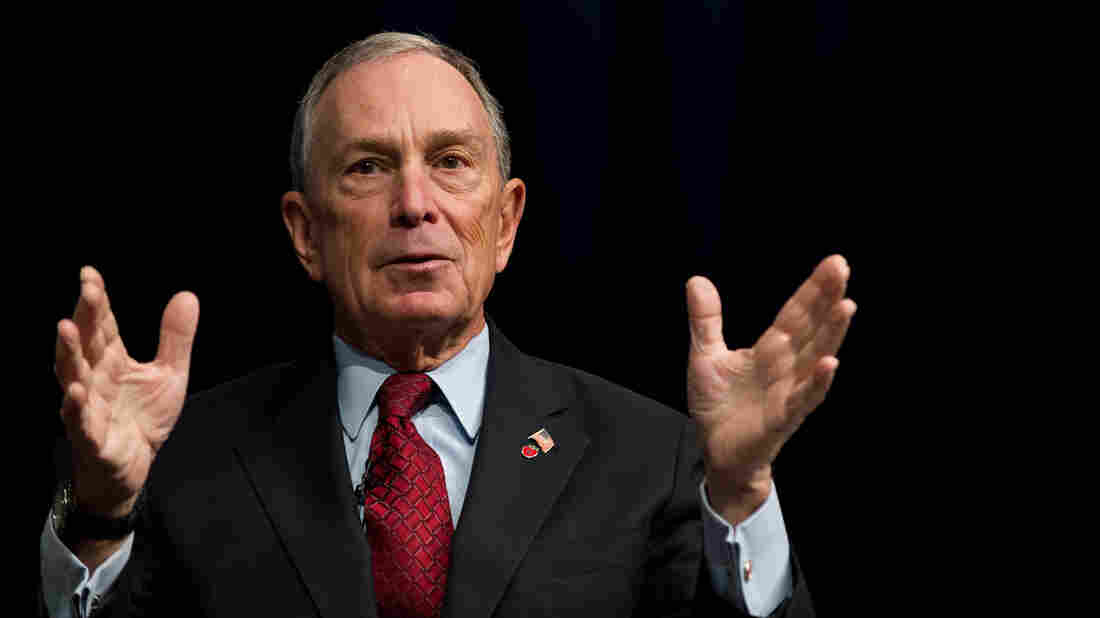 As mayor of New York City, Michael Bloomberg officially had relinquished control of his company. In reality, his former executives say, Bloomberg was in frequent contact and shared his aspirations for growth in China. Nicholas Kamm/AFP via Getty Images hide caption 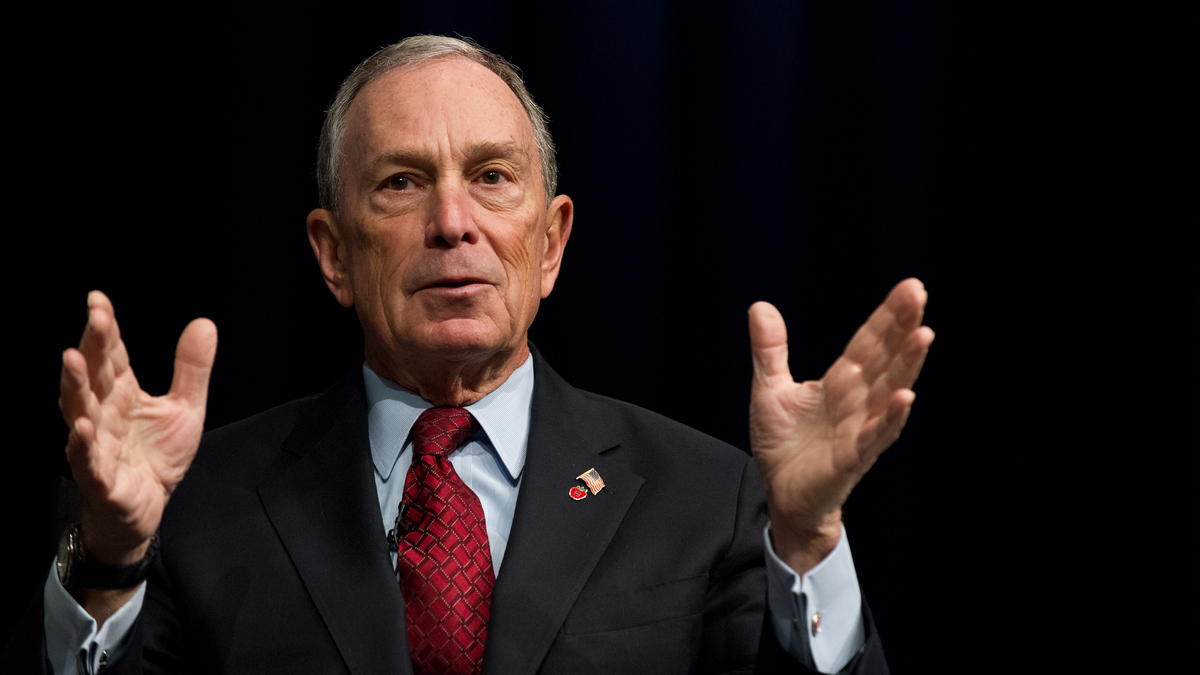 As mayor of New York City, Michael Bloomberg officially had relinquished control of his company. In reality, his former executives say, Bloomberg was in frequent contact and shared his aspirations for growth in China.

Michael Bloomberg's short-lived presidential bid reignited a long-simmering dispute over the widespread use of nondisclosure agreements at American corporations — especially at his own.

His namesake company, Bloomberg LP, has used nondisclosure agreements broadly to conceal allegations and silence complaints from employees of sexual harassment or a hostile work environment, as published reports have documented.

The story of one Bloomberg reporter and his wife showcases the widespread use of such legal restraints at the company — and how far their reach can extend.

Six years ago, Bloomberg News killed an investigation into the wealth of Communist Party elites in China, fearful of repercussions by the Chinese government. The company successfully silenced the reporters involved. And it sought to keep the spouse of one of the reporters quiet, too.

Fincher is married to the journalist Mike Forsythe, a former Beijing correspondent for Bloomberg News who now works at The New York Times. In 2012, Forsythe was part of a Bloomberg team behind an award-winning investigation into the accumulation of wealth by China's ruling classes.

The Chinese ambassador warned Bloomberg executives against publishing the investigation. But Bloomberg News published the story anyway. Afterward, Forsythe received what he and Fincher considered death threats relayed through other journalists. He and Fincher moved their family to Hong Kong, believing it to be safer.

Even so, the reporting team pursued the next chapter, focusing on Chinese leaders' ties to the country's richest man, Wang Jianlin. Among those in the reporters' sights: the family of new Chinese President Xi Jinping. The story gained steam throughout 2013.

And then: radio silence from headquarters. That story never ran.

"Mike and some of the other reporters and editors who had been working on this story just were asking for answers about ... why was this story killed?" Fincher says.

Winkler fears China will "shut us down" 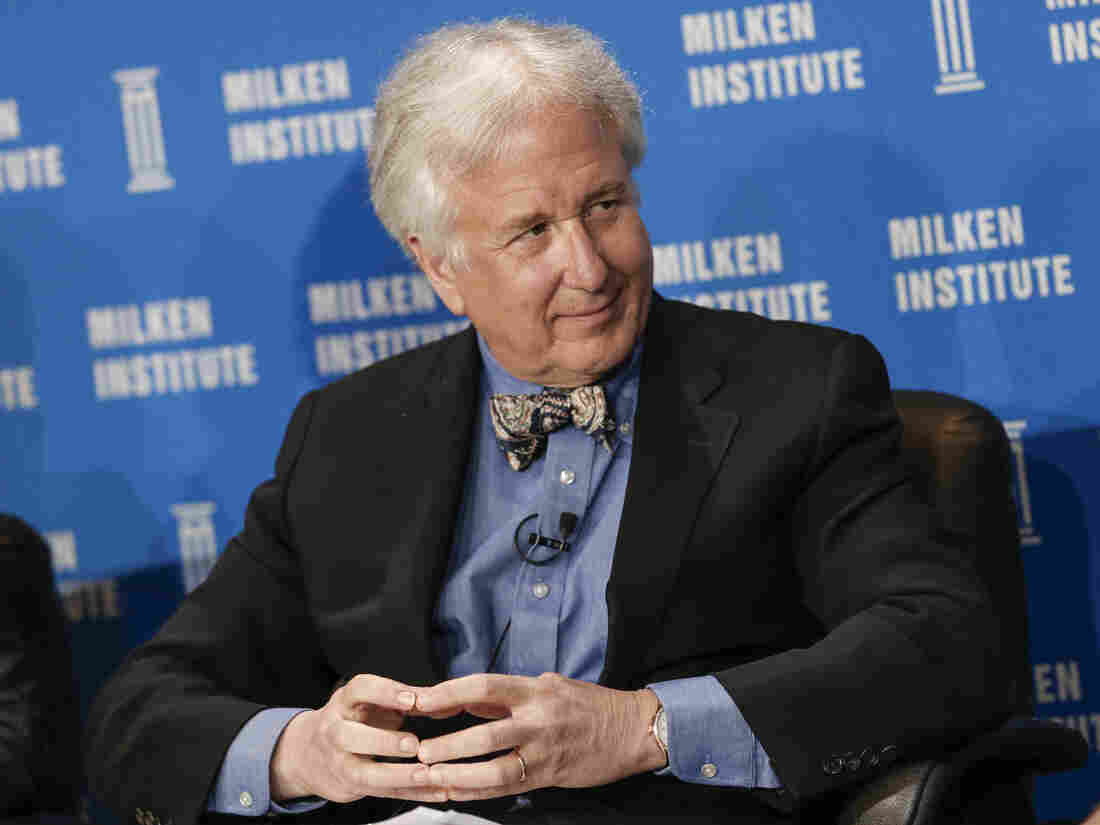 The investigation into Chinese political elites would "wipe out everything we've tried to build there," Matthew Winkler, Bloomberg's editor-in-chief at the time, said on audiotape obtained by NPR. Patrick T. Fallon/Bloomberg via Getty Images hide caption 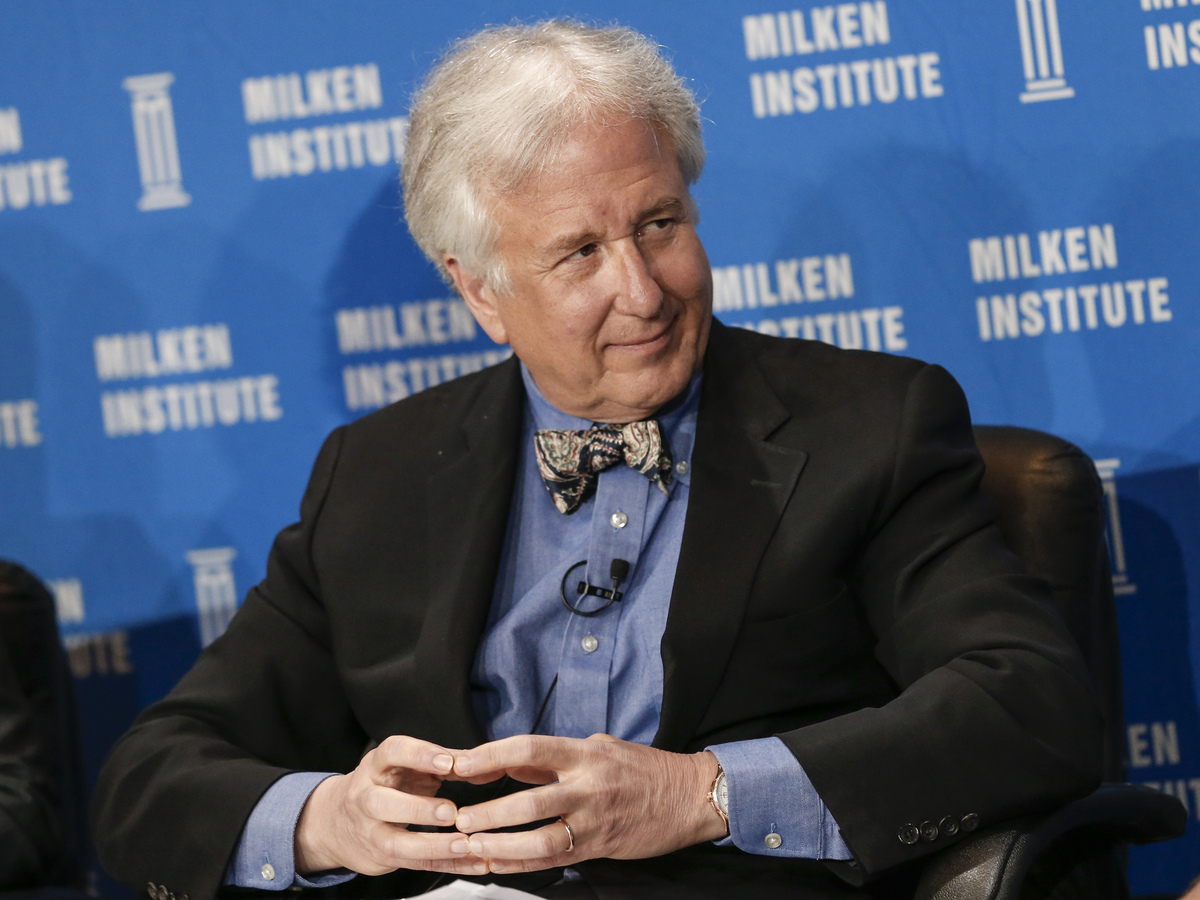 The investigation into Chinese political elites would "wipe out everything we've tried to build there," Matthew Winkler, Bloomberg's editor-in-chief at the time, said on audiotape obtained by NPR.

"It is for sure going to, you know, invite the Communist Party to, you know, completely shut us down and kick us out of the country," Winkler said. "So, I just don't see that as a story that is justified."

He expressed great apprehension because of the potential consequences of publishing another investigation. In this case, it was one that would itemize the links between top Chinese Communist Party leaders and the country's wealthiest man.

Matthew Winkler: 'They will probably kick us out of the country.'

Winkler returned to those fears repeatedly. "The inference is going to be interpreted by the government there as we are judging them," Winkler said. "And they will probably kick us out of the country. They'll probably shut us down, is my guess."

Winkler suggested reporters could find a uniquely "Bloomberg" way to cover the wealth of Chinese ruling elites. But he added a caution about covering the regime.

"It has to be done with a strategic framework and a tactical method that is ... smart enough to allow us to continue and not run afoul of the Nazis who are in front of us and behind us everywhere," Winkler said, according to the audio reviewed by NPR and verified by others. "And that's who they are. And we should have no illusions about it."

At the time, two Bloomberg editors told NPR the story didn't run because it needed additional reporting. Winkler publicly said much the same. But these audio recordings reveal otherwise. They also show how much newsroom leaders were worried about losing lucrative business in China.

After the first investigative project ran in 2012, the Chinese authorities had searched Bloomberg's news bureaus, delayed visas for reporters and ordered state-owned companies not to sign new leases for Bloomberg's primary product: its terminals.

The terminals are the lucrative basis of Mike Bloomberg's personal fortune — recently estimated at more than $50 billion, making him one of the richest people in the world. Subscribers pay $20,000 annually for each terminal, which provides specialized financial data and analysis.

If Bloomberg makes its money on terminals, it gains prestige and greater name recognition from its news division. Many of its stories, predominantly on business and finance, appear first on the terminal.

At the time the story was being pursued, China was seen as a growing market and a strategic priority, according to three former Bloomberg executives.

Winkler alluded to that in his remarks. "There's a way to use the information you have in such a way that enables us to report, but not kill ourselves in the process and wipe out everything we've tried to build there," he told the reporting team. Bloomberg News and Winkler declined to comment for this story.

Mayor Bloomberg and his newsroom

As this debate played out inside Bloomberg News, Mike Bloomberg was the mayor of New York City. Officially, he had relinquished control of the company. In reality, his former executives say, Bloomberg was in frequent contact and shared his aspirations for growth in China.

At a press conference after The New York Times first wrote about the internal fight over the decision not to publish, Bloomberg denied the story had been killed.

Opinion: The Challenges Of Being A Foreign Reporter In China

"Nobody thinks we are wusses and not willing to stand up and write stories that are of interest to the public and that are factually correct," Bloomberg said at a City Hall press conference.

Two months after those remarks, Bloomberg's term as mayor ended and he returned to the company he founded. In January 2014, Bloomberg held a town hall for his global newsroom. NPR also obtained portions of that audio. Asked about the China controversy, Bloomberg sounded a new note.

Michael Bloomberg: 'You have two choices.'

"If a country gives you the license to do something with certain restrictions, you have two choices," Bloomberg told his staff. "You either accept the license and do it that way, or you don't do business there."

Bloomberg said the newsroom should be proud of its coverage of China. He also said there were a few "bad apples" at any large institution. Some journalists at Bloomberg News took that to be aimed at the China team. Through a corporate spokesman, Bloomberg LP and its founder, the former mayor, declined to comment for this story.

The following month, Bloomberg LP Board Chairman Peter Grauer told the Asia Society's Hong Kong chapter that the company had about 50 journalists in China primarily to write about the local business and economic environment there. "Every once in a while, we wander a little bit away from that and write stories that we probably ... should have rethought," he said.

In late 2013, Bloomberg News suspended Forsythe, accusing him of leaking word of the controversy to other news outlets. The company would later fire him. He soon landed at The New York Times.

Forsythe declined to comment for this story. In leaving the company, he signed a nondisclosure agreement that bars him from speaking publicly about his time at Bloomberg News. Others from the China investigative team would leave the company in the years that followed, each having first signed an agreement not to disparage the company. In at least one case, a journalist signed the nondisparagement deal in part to prevent the loss of a month's pay. 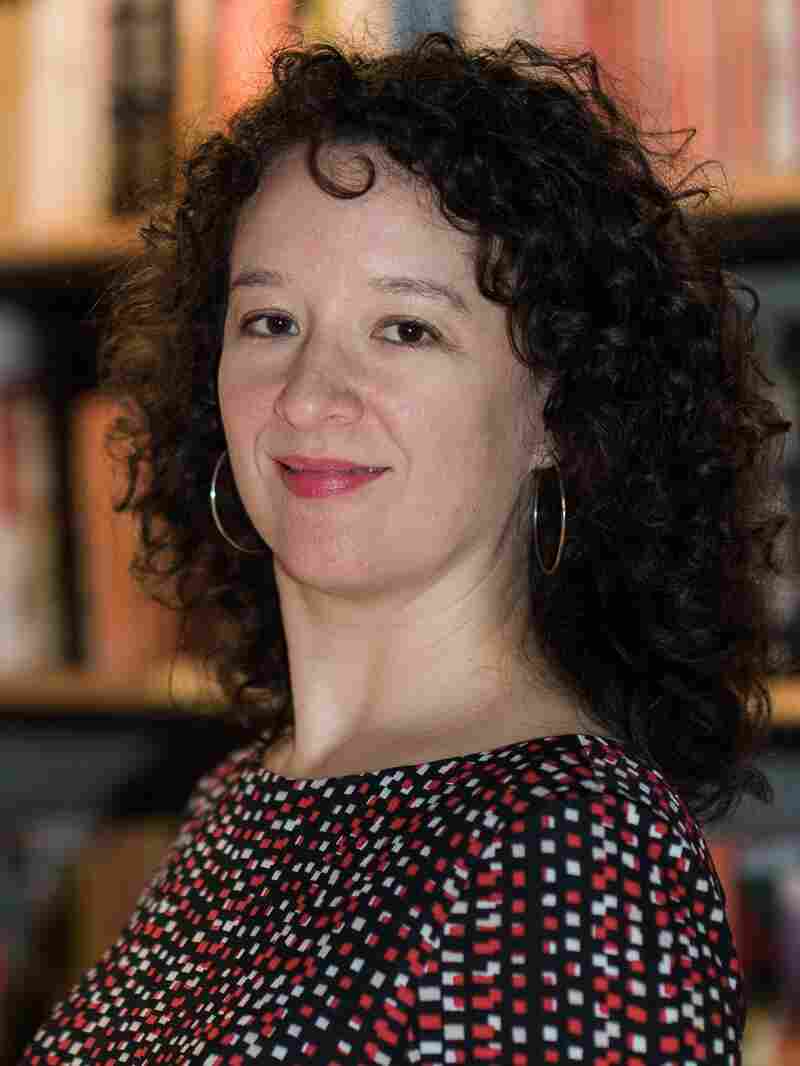 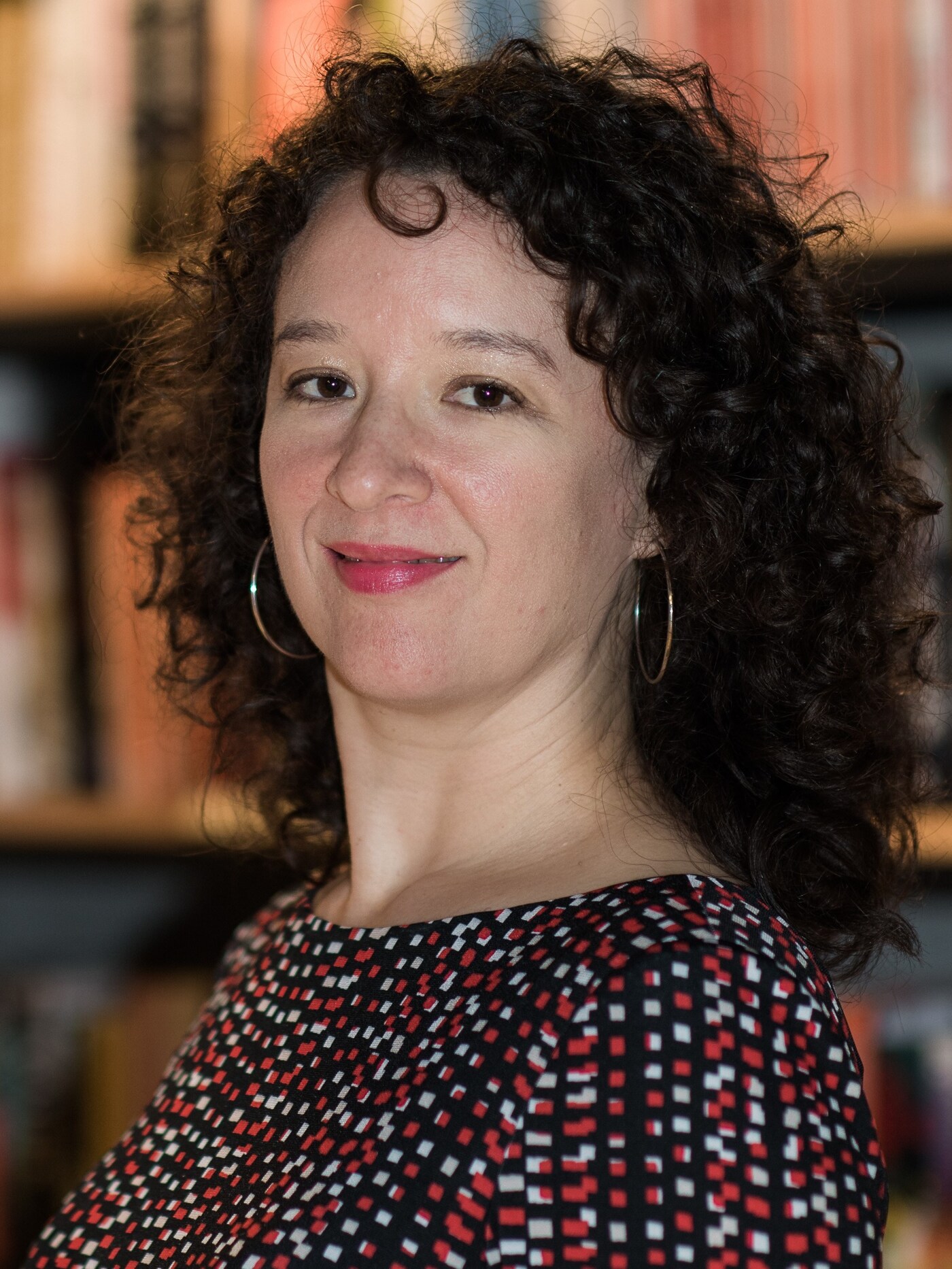 Lawyers for Bloomberg News pressured someone else to sign a nondisclosure agreement: Forsythe's wife, Fincher.

They threatened to force Forsythe and Fincher to pay back the tens of thousands of dollars spent to move their family to Hong Kong after the death threats. Bloomberg also threatened to sue to make the couple pay the company's legal costs, pushing the dollar amount well into the six figures.

"There was no reason why I should have to sign a nondisclosure agreement," Fincher tells NPR, "because I didn't possess any damaging material about the company."

NPR reached out to the general counsel of a rival media company, a top executive who has overseen contracts at two major television networks, and also a leading workplace attorney to determine whether they had ever heard of a company demanding a nondisclosure agreement from the spouse of an employee. Each separately said they had not.

Fincher recalls being summoned to the high-rise offices of Bloomberg's Hong Kong legal team. Her husband was there too, with his own lawyers.

She recalls staring at a giant projection of Bloomberg's outside lawyer from New York City on a video screen. He rejected her assurances that she did not pose any threat, demanding a formal nondisclosure agreement by asking, "What about all the evidence that's in her head?"

Fincher is a former correspondent for CNBC and Voice of America. At the time, she was finishing up her doctorate at a Chinese university. She bristled at what the company's lawyers were suggesting.

"They assumed that my husband would be able to silence me," Fincher says. "He didn't want to do that. That's not the kind of relationship that we have."

Fincher tells NPR she walked out of the conference room, took the elevator to the lobby, left the building and never returned. Bloomberg LP continued to press her.

Last month, a Bloomberg corporate spokeswoman told The New York Times that Forsythe stole "Bloomberg L.P. intellectual property and gave it to his wife." The spokeswoman, Natalie Harland, said that Bloomberg LP and Bloomberg News never pressured anyone to sign a nondisclosure agreement.

Legal documents reviewed by NPR contradict that claim, showing Bloomberg LP's muscular efforts to obtain a nondisclosure contract from Fincher. In letters to Fincher's Hong Kong lawyers, Bloomberg LP's attorneys insisted that she sign an agreement that includes, among other items, a promise she would never criticize the company or its officers. Bloomberg's lawyers also explicitly stated they reserved the right to sue her in court.

Fincher ultimately ended up hiring a pair of elite Hong Kong lawyers who had previously represented a famous American whistleblower: Edward Snowden. And Bloomberg LP relented and let it go.

More than a year later, the Times would publish Forsythe's expose about billionaire Wang Jianlin and the close relatives of Chinese President Xi Jinping. Several people who know Forsythe, including Fincher, say it took that long to publish because he had to painstakingly re-report the elements of the story he had previously documented with the Bloomberg team.

Fincher wrote about the incident recently for The Intercept, spurred by Mike Bloomberg's exchange with Elizabeth Warren over nondisclosure agreements at Bloomberg LP at a Democratic debate in February. (Fincher was a supporter of Warren's presidential bid.)

Bloomberg's brief candidacy never really recovered. He pledged to release three women who complained about his own conduct at the company from contractual requirements that they not speak publicly, though some laid-off staffers from his campaign have told reporters they, too, were forced to sign nondisclosure agreements.

Fincher asks her own lingering question: What else at Bloomberg News is being hidden if such contracts exist that require such secrecy?