Accessibility links
Barack Obama Endorses Joe Biden In 2020 Race Former President Barack Obama, who had previously stayed out of the 2020 fray, endorsed his former vice president in a video released on Tuesday. 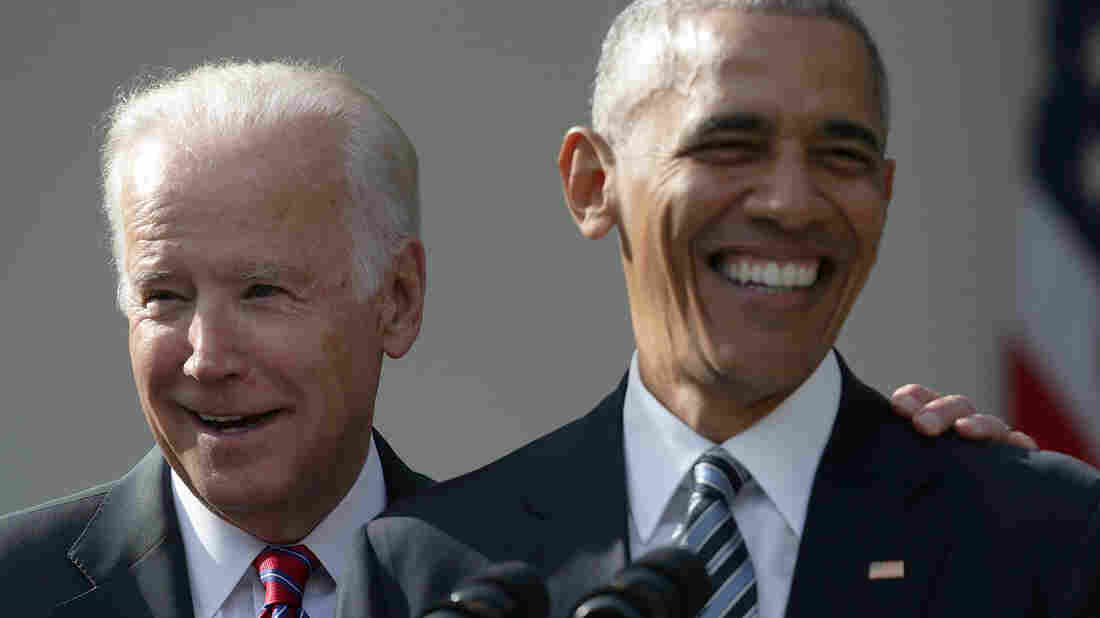 Former President Barack Obama said of former Vice President Joe Biden: "Choosing Joe to be my vice president was one of the best decisions I ever made, and he became a close friend." Alex Wong/Getty Images hide caption 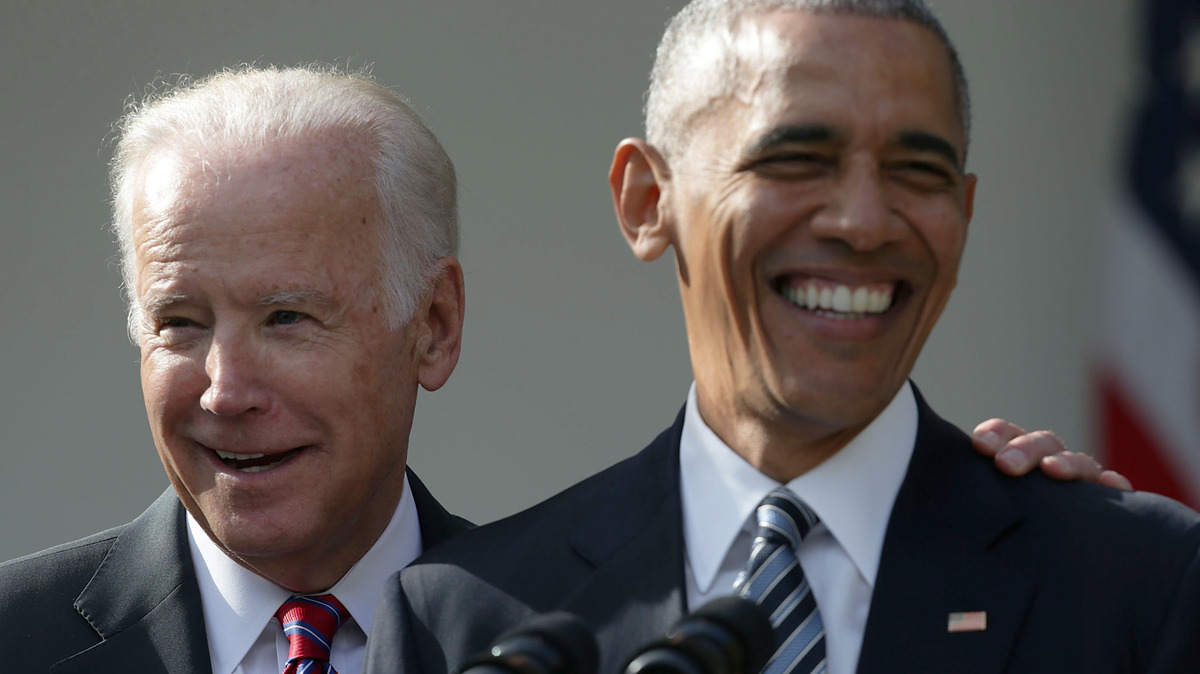 Former President Barack Obama said of former Vice President Joe Biden: "Choosing Joe to be my vice president was one of the best decisions I ever made, and he became a close friend."

Obama framed his endorsement by talking about the leadership he says is required to deal with the coronavirus pandemic. "The kind of leadership that's guided by knowledge and experience, honesty and humility, empathy and grace. That kind of leadership doesn't just belong in our state capitals and mayors' offices," Obama said. "It belongs in the White House, and that's why I'm so proud to endorse Joe Biden for president of the United States."

"Choosing Joe to be my vice president was one of the best decisions I ever made, and he became a close friend," Obama added in a video released by the Biden campaign. "And I believe Joe has all the qualities we need in a president right now."

The former president recalled personal adversity Biden has endured, losing his first wife and two children, as well as Biden's role in governing through the 2009 economic crisis, the Ebola outbreak and other crises the Obama administration dealt with.

"Bernie's an American original, a man who has devoted his life to giving voice to working people's hopes, dreams and frustrations. He and I haven't always agreed on everything, but we've always shared a conviction that we have to make America a fairer, more just, more equitable society," Obama said.

"The Democratic Party will have to be bold," he added, arguing that Biden has the "most progressive platform" of any Democratic nominee, even though many progressives who supported Sanders remain skeptical of Biden.

Obama remains an incredibly popular figure among Democrats and had previously declined to publicly discuss potential endorsements in the primary race. Known as a powerful campaigner, Obama's role is crucial for Democrats in the November faceoff against incumbent President Trump.

Biden, who has promoted himself as the candidate most closely aligned with Obama's values, has talked about "my buddy Barack" throughout the primary campaign but has said he specifically requested his longtime ally not endorse during the primary process.

"I want to earn this on my own," Biden told the CBS News program 60 Minutes in October.

In 2016, Obama waited until Hillary Clinton had officially won the nomination to endorse his former secretary of state.

Biden's race to the top of the once-crowded Democratic field faced a number of complications, with the 77-year-old weathering criticisms about his age and campaign style, as well as his position as a moderate in a party that has seen increasing pressure to move its policies further left. Biden has embraced more ideas championed by Sanders, including forgiving student debt in the midst of the coronavirus crisis for lower- and middle-income families.

Coming on the heels of Sanders' endorsement, Obama's backing is another way for Democrats to consolidate the party's factions around Biden to reclaim the White House for the Democrats, including the increasingly progressive wing of the party, led by Sanders.