Accessibility links
3 Movies That Strike A Balance Between Escapism And Anxiety What to watch next while sheltering in place? Critic Justin Chang recommends Sorry We Missed You, Green for Danger and My Neighbor Totoro. 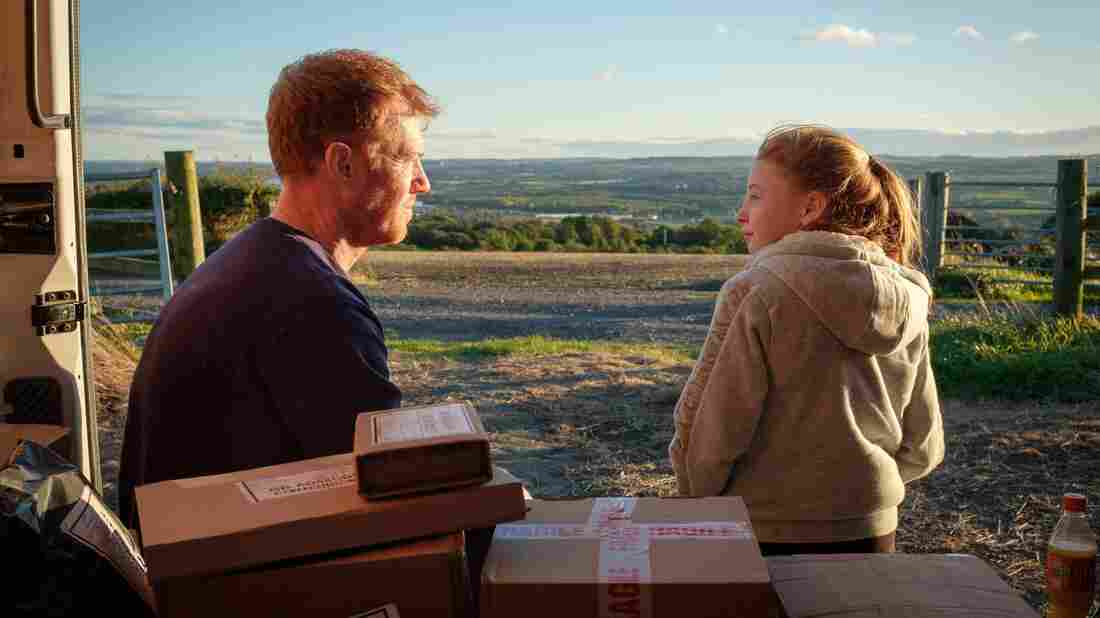 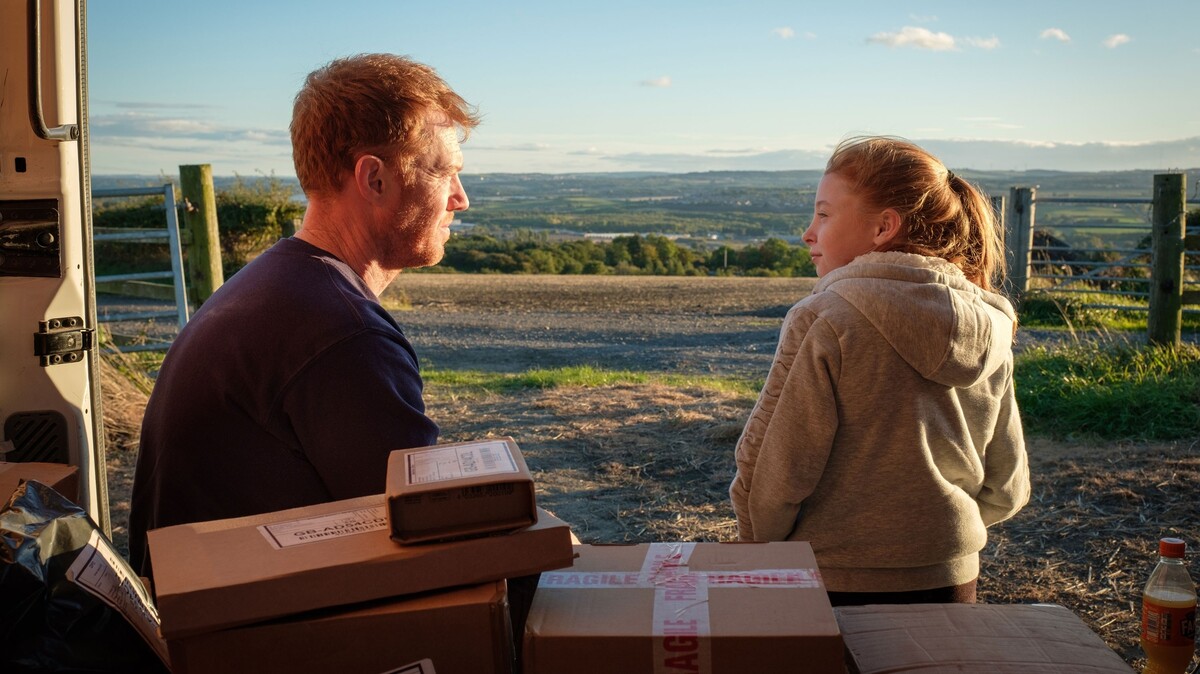 Delivery van driver Ricky (Kris Hitchen) takes a break with his his daughter (Katie Proctor) in the Ken Loach drama Sorry We Missed You.

What kind of movie watcher are you in the age of coronavirus? While sheltering at home, do you seek out joyous Hollywood classics like Singin' in the Rain? Or do you lean into tales of terror, madness and social breakdown, like all those viewers who have made Contagion one of the year's hottest rentals?

I fall somewhere in between: eager for escapism, yes, but also for movies that speak to our present anxieties. Here are three movies, two old and one new, that have been on my screen and on my mind.

Sorry We Missed You

The English working class has no angrier or more prolific champion than the 83-year-old director Ken Loach. His furious and timely new drama, Sorry We Missed You, can be rented via Kino Marquee, an online platform to benefit closed-down arthouse theaters. It stars an excellent Kris Hitchen as Ricky Turner, a Newcastle day laborer who begins driving a van for a parcel delivery company. His new boss sells him on the flexibility of being an independent contractor, but the reality is crushing: Ricky has to buy his own van and receives no benefits or paid time off. Every day brings ruthless deadlines and the risk of parking tickets and fines for late deliveries. To maximize efficiency, Ricky keeps an empty bottle in the van so he can relieve himself on the go. One day he learns that he violated company policy simply by taking his young daughter along for a ride.

Loach and his regular screenwriter, Paul Laverty, are not the subtlest of dramatists, and Sorry We Missed You can feel bludgeoning in its bleakness, especially in the scenes of the Turners at home. I loved Debbie Honeywood as Ricky's good-hearted wife, Abbie, whose home-care nursing job has her also burning the candle at both ends. But a calculated subplot with their wayward teenage son sends the story in melodramatic directions it doesn't need. What gives the movie its power, especially at a time when so many of us are relying on package and food deliveries, is Loach's palpable rage at the soullessness of the gig economy. He shows us the human toll on workers who have never been more essential — or more exploited.

Need Some Fresh Ideas? Family-Friendly Ways To Spend Your Days Inside

Speaking of essential: Bearing in mind the lifesaving risks being taken by health care workers all over the world, I recently found myself rewatching Green for Danger, a superbly entertaining 1946 murder mystery set in a rural British hospital during World War II. The German air raids provide an already high-stakes backdrop for a story that proceeds to get only more suspenseful and harrowing from there. The movie follows a group of doctors and nurses who come under suspicion when a patient dies during surgery and a nurse is found fatally stabbed shortly afterward.

The murder investigation falls to Inspector Cockrill of Scotland Yard, played with droll mischief by Alastair Sim, whom you probably know for his all-time great performance as Ebenezer Scrooge. The other actors, who include Sally Gray, Trevor Howard and Judy Campbell, are terrific as a group of medical professionals whose romantic entanglements and professional jealousies wouldn't be out of place on General Hospital. Green for Danger, which is streaming on various platforms including the invaluable Criterion Channel, was directed by Sidney Gilliat and faithfully adapted from one of my favorite detective novels by Christianna Brand. It's brilliantly plotted, crisply acted and often very funny, which must have been a relief for audiences back in 1946, readjusting to normal life with the war still fresh on their minds.

The difficulty of readjustment is also a theme of the 1988 charmer My Neighbor Totoro, one of the earliest and most beloved achievements of the great Japanese animator Hayao Miyazaki. I watched it again recently, this time at home with my 3-year-old daughter, who's still a bit young for darker Miyazaki fantasies like Princess Mononoke and Spirited Away. But she was captivated by this one — transported by the gorgeous, painterly images and delighted by every appearance of the giant, huggable woodland creature known as Totoro, whom she had already squeezed many times before in plush-toy form.

The movie, which you can stream on platforms including Amazon Prime and YouTube, follows two young sisters who have moved with their father to an old house in the countryside while their mother recovers from an illness in a nearby hospital. In the surrounding woods, they meet Totoro and other astonishing creatures, like the Catbus, a giant, grinning vehicle that whisks you from one end of the forest to another on 12 furry legs. Like many of Miyazaki's films, My Neighbor Totoro is rooted in rich strains of Japanese mythology and folklore, but it guides us through this world with beguiling simplicity and generous humor. It's also a deeply consoling film about finding strength when we need it most. I can't think of a more charming fantasy — or a better movie for us to cling to in our own time of uncertainty.