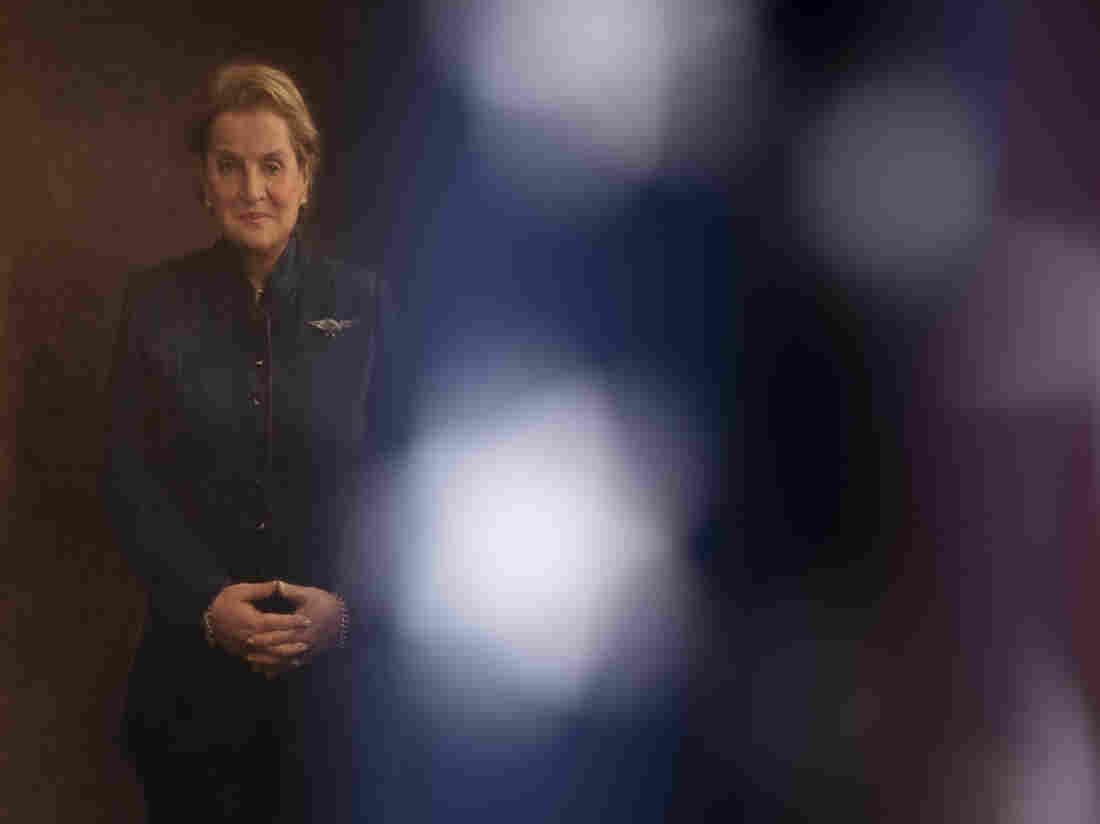 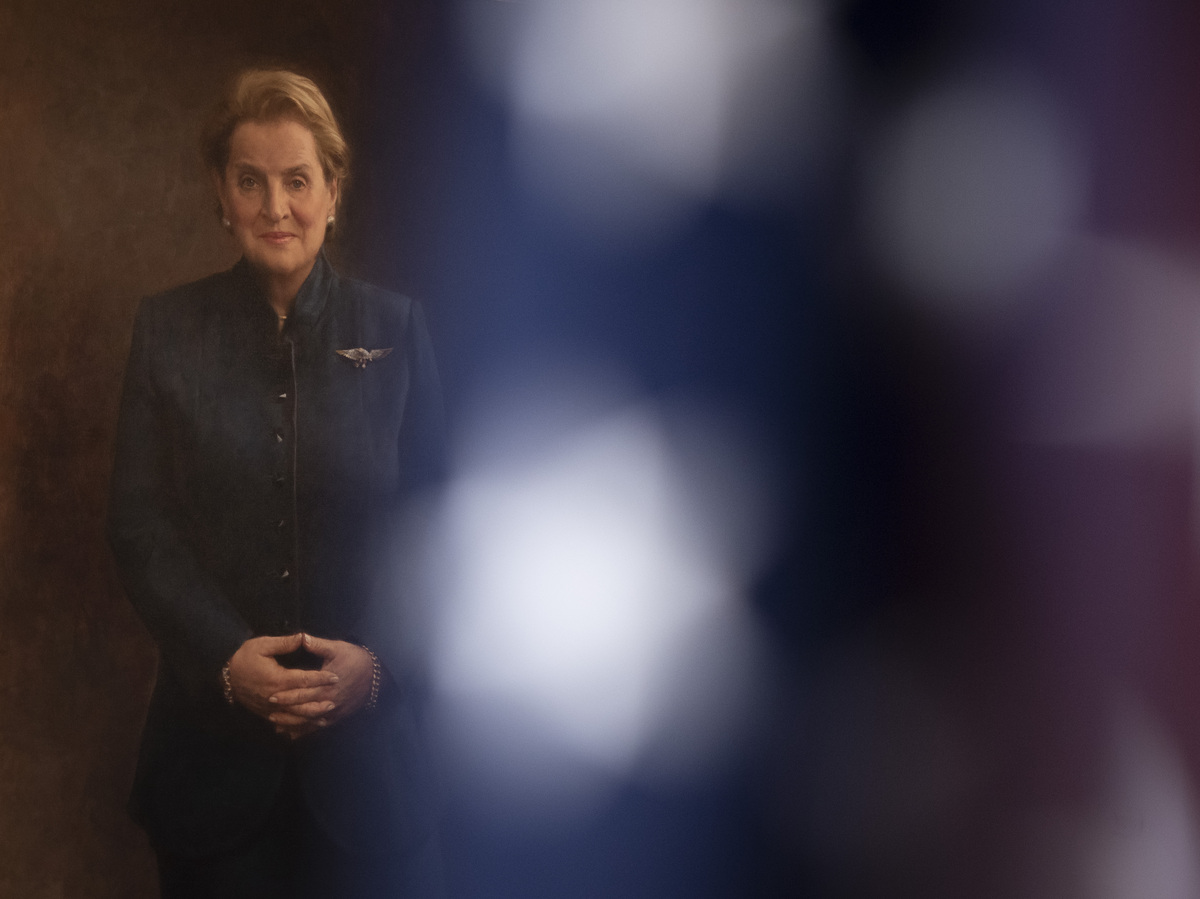 A portrait of former Secretary of State Madeleine Albright hangs in the State Department's Treaty Room, in Washington, D.C, on Feb. 27, 2020.

"What is there for a former secretary of state to do?" That's the question Madeleine Albright asks and answers in her latest memoir Hell and Other Destinations. 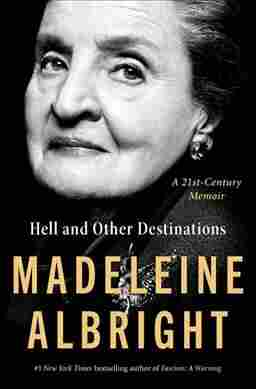 Hell and Other Destinations

Don't let the title fool you. Hell in this book isn't some far flung, war-torn or disease-ravaged country. (Although they do make appearances.) It's not the struggles of setting up your own business or even the deflation that comes from being one of the most significant players on the international stage, complete with security detail and airplane, to now getting pulled aside for a bag check at airport security. It's not about the "hell of a mess" aspects of life.

It's about saying "hell, yes" to what's next. That's what Albright did, and is doing, in her "afterlife," as she calls it. "I was intent on making the next stage of my life even more interesting than the last," she writes. Albright may have left the starring role of Secretary of State, but she's still on the stage.

And this next act has been busy. She runs through a long list of roles she has taken on since leaving Foggy Bottom; Professor. Author. Business woman. Board member. Talking head. Advisor. Political surrogate. Heading up a task force about preventing genocide. Leading a group of exports on the future of NATO. Setting up her own institute at Wellesley College. A member of the CIA External Advisory Board (from which she was fired by then-director, now Secretary of State Mike Pompeo). Even drummer at a Kennedy Center performance.

The book reflects the energy and churn of her post-State Department life. It zigs-zags from subject to subject, keeping you on your toes, never quite sure where the next paragraph will take you. How else can you explain a chapter that starts with getting a gallbladder removed — then moves on to getting a Twitter account, on to guest starring on TV shows, on to Robert Redford presenting an award to a hotel room in Dubai with "snobby fish," and finally ending with a project on religious pluralism?

It veers like a conversation, albeit a one-sided one. And like any conversation with someone you know, there are stories you've heard before. Afterall Albright's afterlife includes book writing, and this memoir recounts the previous six: from how and why she wrote a book about her pins to her family's immigration to the United States. But even a well-trod story can have a new nugget.

The one that stands out is Albright's discovery of a journal among her father's papers. It belonged to her maternal grandmother, Ruzena Spieglova, who died during the Holocaust, and was written for Albright's mother. The journal is not long, a few months at the beginning of 1942, recording what she did and her thoughts about what was happening around her. (It's included in full at the end of the memoir.) But as Albright points out, this journal was like putting a message-in-a-bottle, putting down words to paper in the hopes that someday someone would find it. Albright writes:

"She had no way of knowing whether or by whom her words would be read. She was alone, and this was her attempt to reach out from one generation to the next, not sure whether a connection would ever be made. It was an act of faith in a context where there were no grounds to have faith — and also an act of rebellion."

We don't know how the diary ended up in her father's possession, but it did connect with the next generation. And now, Spieglova is remembered by her grandchildren and their grandchildren not just as a woman in two photographs, a woman who died during the war, but for her thoughts and her words.

Albright also touches on her controversial remarks during a Hillary Clinton rally in 2016. "There's a special place in hell for women who don't help each other," she said that night. It didn't matter that it was a phrase Albright used before, usually regarding the workplace. Some women loved it; others were insulted. Albright received a lot of flak at the time and she goes through the same mea culpa she did then, writing "my tongue simply moved faster than my brain." She calls the flare-up "political." Then recounts the events and the ramifications in a professorial manner. But I'll be honest, that's not who I wanted to hear from. I wanted to hear from her. Albright has had a strong commitment to women's empowerment throughout her career. She's worked to get her voice, and those of other women, heard in male-dominated arenas. In the years since she said those words in New Hampshire, much as been written about biased media coverage of female political candidates. Are we to really believe it was just a slip of the tongue and nothing more? Maybe. But the feisty and sharp Albright that comes off these pages makes me doubt that.

If there is a weakness in this memoir, it's one that Albright points out herself. She's "not especially introspective." She says it's easier for her to grasp the pieces, than look at the whole. (Perhaps, she's leaving that to The New York Times reporter who called her because he was writing her advance obituary.) "I see no evidence that enlightenment comes with age. A four-year-old slurping ice cream knows as much about contentment as any elder," she writes. I'd counter introspection doesn't have be profound or enlightening. It just needs to be genuine and true. Don't get me wrong, I liked the professorial sections of the book. They're interesting, funny and I learned a thing or two about policy making post-government. But you'll also get that in the books that have been, and will be, written about her.

What resonated with me most were the human moments, those real thoughts you have when contemplating life, death and everything in between. Her successes and her failures. The changes she's witnessed and the glass ceilings that remain. Yes, a 4-year-old and an elder can find the same contentment from slurping ice cream. But unlike a kid, that 70-and-120-month-year-old can recognize just how sweet that ice cream is after tasting so many different kinds, from understanding the work that goes into making the ice cream and its real cost. That recognition of experience, of a life of service, or a life well lived is in the book, but in bits and pieces. It's like panning for gold. You have to work to get it. But when you do find that nugget, it is something to be treasured.

Caitlyn Kim is the Washington, D.C., reporter for Colorado Public Radio. She worked as a U.S. diplomat from 2013-2018, serving in Estonia, Pakistan and D.C.