Accessibility links
Still No South Dakota Home Order Despite Outbreak At Smithfield Foods City leaders in South Dakota are asking Gov. Kristi Noem, a Republican, to reconsider her stance not to issue a statewide stay-at-home order. She says she wants to take each situation as it comes. 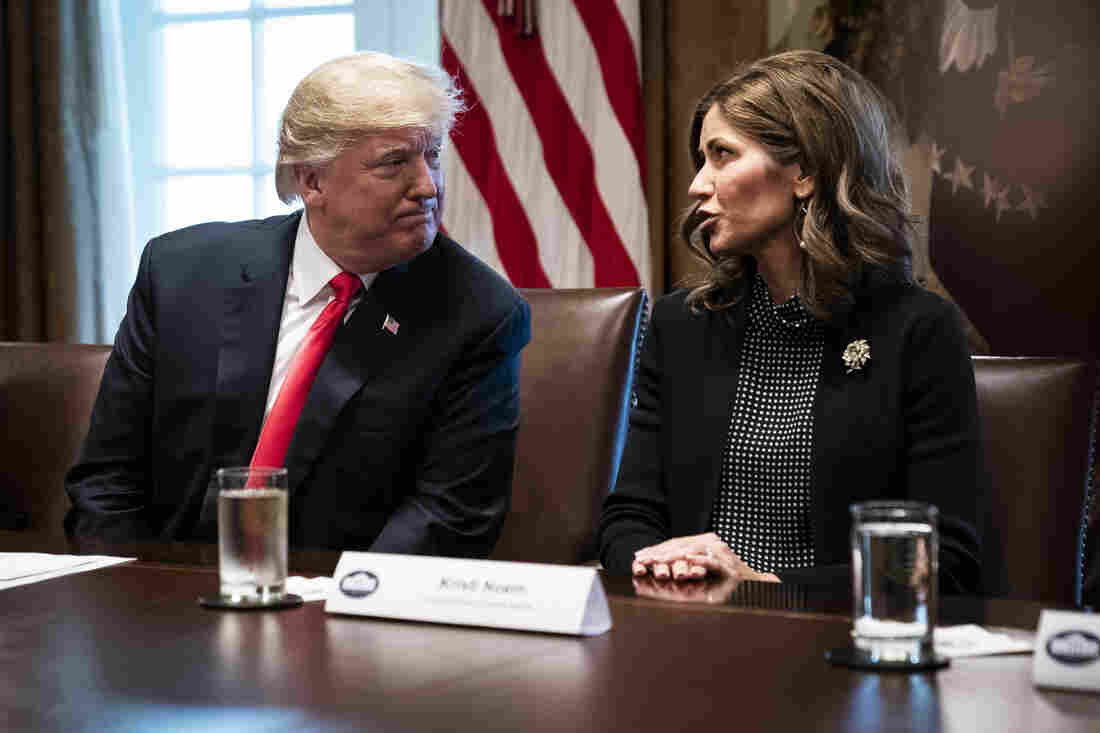 South Dakota Republican Gov. Kristi Noem, an ally of President Trump, says she will continue to take a "targeted" approach and not issue a statewide stay-at-home order. City leaders in the state, including the mayor of Sioux Falls, where there has been an outbreak at a meat-processing plant, are begging the state for tighter restrictions. Jabin Botsford/Getty Images hide caption 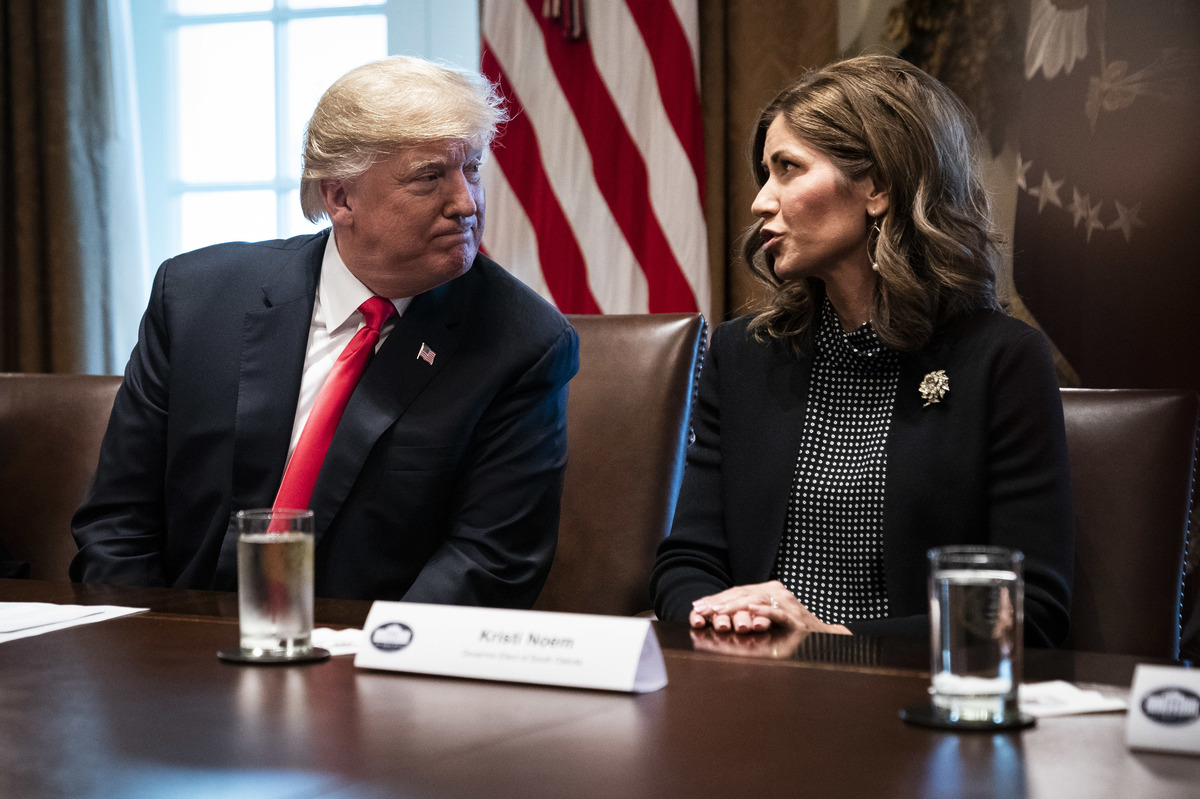 South Dakota Republican Gov. Kristi Noem, an ally of President Trump, says she will continue to take a "targeted" approach and not issue a statewide stay-at-home order. City leaders in the state, including the mayor of Sioux Falls, where there has been an outbreak at a meat-processing plant, are begging the state for tighter restrictions.

Despite pleas from cities across the state, South Dakota Gov. Kristi Noem, a Republican, has held out on issuing a statewide stay-at-home order to slow the spread of the coronavirus.

An outbreak of COVID-19 at Smithfield Foods in Sioux Falls, S.D., has infected nearly 450 workers and caused the number of cases in the city to grow so quickly that the mayor, Paul TenHaken, calls it an explosion. "The window of time for mitigation is certainly dwindling right now."

Smithfield Foods is shutting its doors indefinitely, and TenHaken is asking for a shelter-in-place order from the state. By law, it would take Sioux Falls a week to enact an ordinance on its own, but he says the city is pursuing that if all else fails.

"Our time to act on this is right now," he says.

But Noem — an ally of President Trump — has been hesitant to issue a shelter-in-place or statewide stay-at-home order. Instead, she says she's taking a "targeted" approach.

"I've been very clear about the fact that I don't think decisions for Sioux Falls are the same decisions that are correct and right for a town like Faith, South Dakota, or Lemmon, South Dakota," Noem says.

Neil Pinnow is the mayor of Lemmon, a small city that borders North Dakota on the western side of the state. He says its nearest hospital is 25 miles away and serves small communities in both North Dakota and South Dakota.

"They get 50 people that are hospitalized with this, they're going to be full," Pinnow says. "The doctors and nurses over there are going to be overrun. Then what are you going to do?"

And if that hospital is overrun, Pinnow says, the next closest one is 140 miles away in Bismarck, N.D.

Pinnow is trying to make decisions without a lot of direction from the state or the Department of Health, and he says more guidance and help would be "appreciated."

So far, Noem has put out an executive order that says people "shall" follow guidance from the Centers for Disease Control and Prevention. She says that this guidance directs businesses how to operate if they want to keep their doors open.

And in two of South Dakota's 66 counties, Noem has ordered all people over age 65 to stay home.

But she has continually pushed back on the idea of a stay-at-home order, saying that it would flatten the curve so much that she would have to keep it in place until October for it to be effective. It is unclear what models the governor is using to make that prediction.

"If you're allowing people to mix within an establishment — essentially interact — then the virus is going to spread," says Drew Harris, a population health researcher at Thomas Jefferson University in Philadelphia. He says Noem's approach may not accomplish what the state hopes it will.

Numbers in South Dakota are relatively low right now, but Harris says that without stronger mitigation, cases could rapidly increase.

He likens the epidemic to a prairie wildfire and a stay-at-home order to a firebreak intended to suppress the flames.

"You always know that some embers are going to jump over the firebreak that starts new fires. But they're much more manageable, and you just put out those hot spots one at a time," Harris adds.

Noem does have another idea for combating the coronavirus, though. She says she spent the last week urging the White House's coronavirus task force to allow South Dakota to begin a statewide trial of hydroxychloroquine — a drug touted by the Trump administration as a potential therapy for COVID-19.

"This would be the first-ever state-endorsed, state-backed, statewide clinical trial available in the United States," Noem says.

But in what little research has been done on the drug to treat the coronavirus, there have been no reported results. Despite that, Noem says the trial will put the state on offense against the pandemic.