Accessibility links
Trump Says Worst of New Coronavirus Cases Behind the U.S. Trump on Wednesday told reporters the United States appears to be through the worst of the coronavirus pandemic in regards to the number of new cases being diagnosed.

Trump Says The U.S. Is Past Its Peak On New Coronavirus Cases

Trump Says The U.S. Is Past Its Peak On New Coronavirus Cases 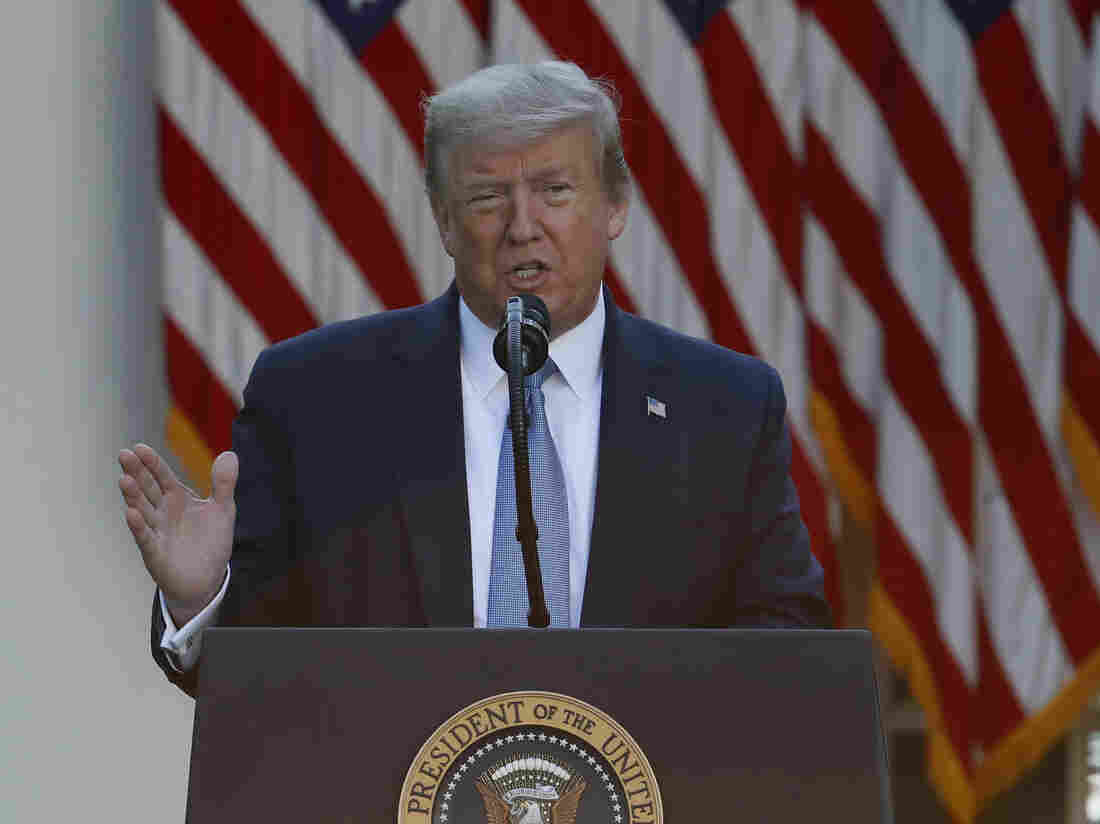 President Donald Trump speaks about the coronavirus in the Rose Garden of the White House, Wednesday. Alex Brandon/AP hide caption 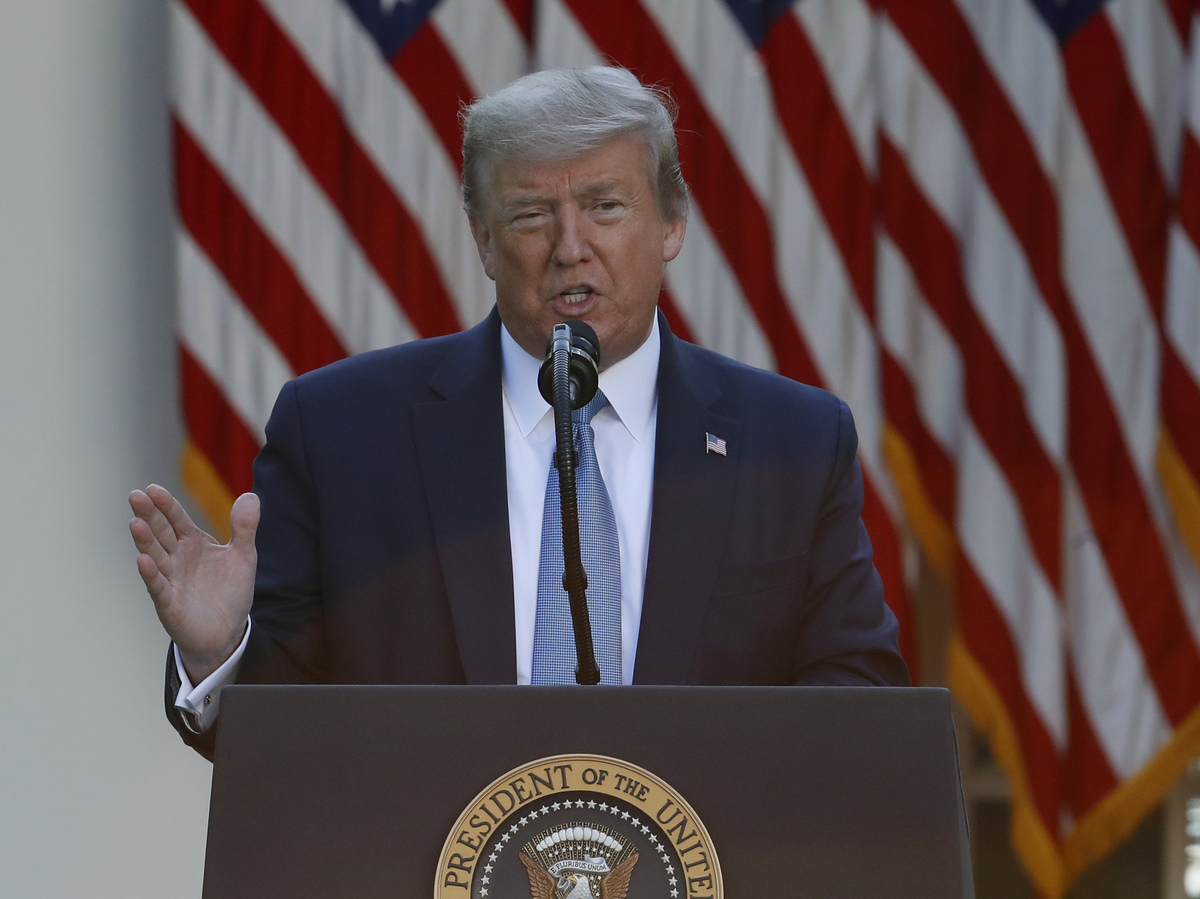 President Donald Trump speaks about the coronavirus in the Rose Garden of the White House, Wednesday.

President Trump on Wednesday said that recent data suggest that the United States has made it through the worst of new coronavirus cases, as he seeks to reopen the pandemic-beaten national economy.

"The data suggests that nationwide, we have passed the peak of new cases. Hopefully that will continue, and we will continue to make great progress," Trump said in the White House Rose Garden at the daily coronavirus task force briefing. The task force did not share the data they used to reach that assessment.

Trump said that more than 3 million tests for COVID-19, the disease caused by the coronavirus, had been completed and that researchers were on the verge of delivering an antibody test to determine whether a person has previously been infected with the virus.

He also said he would announce his path to reopening some states ahead of May 1. "These developments have put us in a strong position to finalize guidelines for states reopening," he said.

Trump's optimistic remarks come on the heels of a contentious week between the president and state governors, following an erroneous declaration earlier this week that he had ability to unilaterally decide when states would ease coronavirus restrictions.

"When somebody's the president of the United States, the authority is total," Trump said Monday. By Tuesday, he had reversed, saying he would guide the governors but allow them to decide when and how to re-open.

Wednesday's briefing comes after an Easter weekend of COVID-19 fatalities that launched the U.S. death toll to the highest in the world. Still, experts say that efforts to contain the virus seem to be having a positive effect, crediting social distancing measures for helping to slow the disease's spread.

Dr. Deborah Birx, coronavirus response coordinator on the White House task force, said that there have been declines in the number of cases across the country for nearly the past week.

She said there are nine states with fewer than 1,000 cases total and fewer than 30 new cases per day.

She credited states like California, Washington and Oregon, early hotbeds for COVID-19, for avoiding a serious peak in the virus by quickly implementing procedures suppress the spread of the virus.

As a result of the virus easing its grip in some places, Trump said he will be speaking to governors, as well as a panel of experts, to discuss how best to move forward on returning the country to a level of normalcy.

"They'll be safe, they'll be strong, but we want to get our country back," Trump said of coordinating with states to roll back coronavirus regulations.

The coronavirus epidemic has devastated the national economy, with some 17 million Americans seeking unemployment benefits in recent weeks.

Trump has said he wants to reopen the nation's economy as soon as possible and has announced a group of industry leaders dedicated to reigniting the country's business prospects.

Taking a dig at lawmakers during the Wednesday news conference, Trump criticized the Senate for stalling approval for a number of his nominees.

"It's a scam what they do," he said, calling for the Congress to end its "phony pro forma sessions" — brief Senate meetings in which no votes are held — so that he could make recess appointments for various positions.

If not, he threatened to use what he described as his constitutional authority to adjourn both chambers.