Accessibility links
FEMA Administrator Gaynor Has Experience But Faces Issues Pete Gaynor has extensive experience at the local and state level dealing with natural disasters, but he faces something different now. 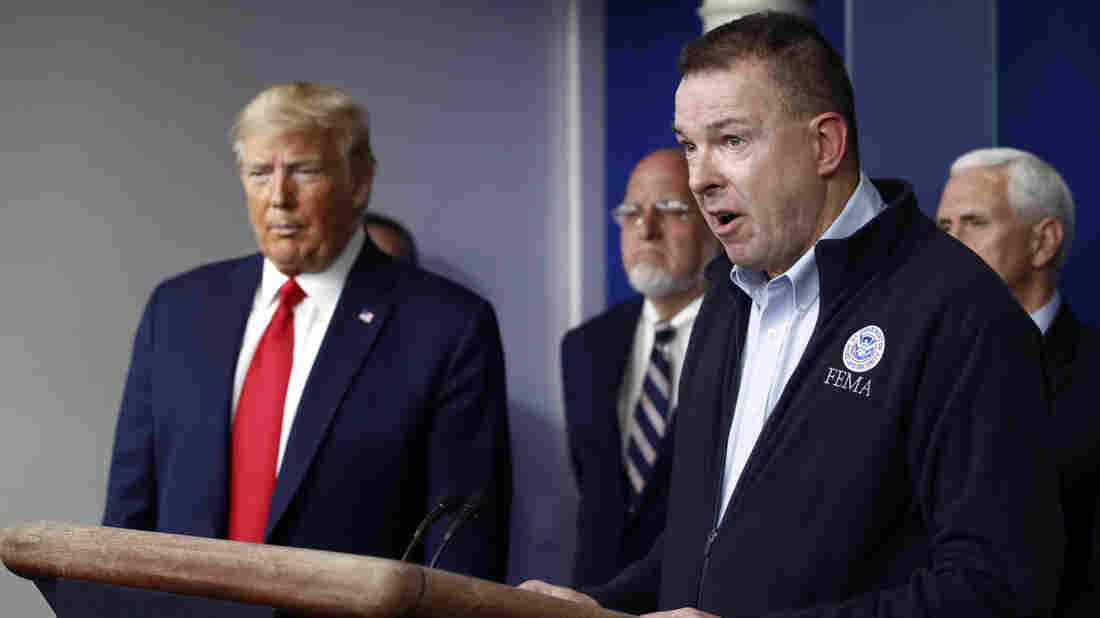 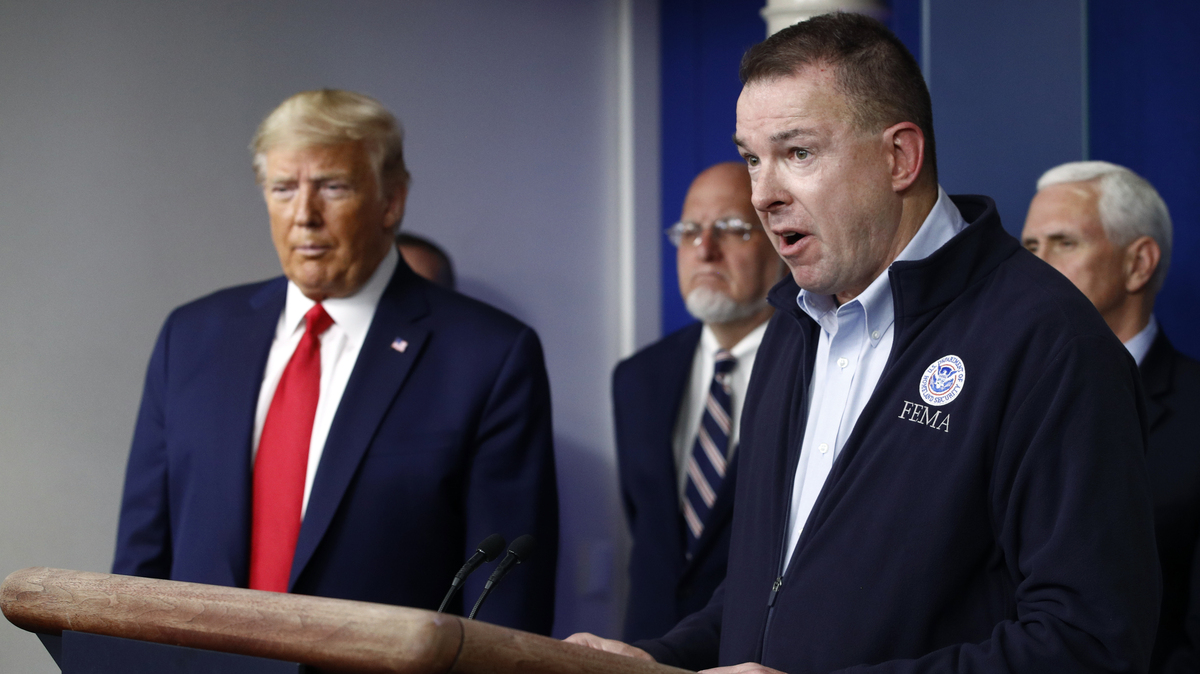 Leading the Federal Emergency Management Agency during the coronavirus pandemic may be one of the most thankless jobs in government right now. Governors are clamoring for more supplies, like ventilators and face masks. The president engages in public feuds with those governors. And other administration officials work back channels to acquire their own stockpiles of supplies.

And in the middle of all this is Pete Gaynor, a former Marine and former head of the Rhode Island Emergency Management Agency who now directs FEMA.

Gaynor has generally kept a low public profile, and FEMA would not make him available to be interviewed for this story.

Those who have worked with Gaynor speak highly of him.

"I think he's exceptional," former Providence, R.I., Mayor Angel Taveras tells NPR. The Democrat says Gaynor was the city's emergency management director when Taveras was elected, "and I was smart enough to keep him."

Daniel Kaniewski served as Gaynor's deputy at FEMA. He says the agency is "lucky to have a leader like Pete leading the agency during these trying times." Kaniewski says Gaynor, as a former state and local emergency management director, "understands the challenges facing those communities that are impacted by coronavirus right now."

FEMA was assigned the lead role in directing the federal coronavirus response on March 19, well after the pandemic had begun spreading in the United States, and the agency has been playing catch-up ever since as it tries to obtain supplies and distribute them to states, some of which have been sharply critical of its efforts.

New York Gov. Andrew Cuomo, a Democrat, accused the agency of fostering an eBay-type atmosphere, with governors forced to bid against each other and the federal government for crucial supplies such as ventilators.

"How inefficient!" Cuomo charged at a recent briefing. "And then FEMA gets involved and FEMA starts bidding. And now FEMA is bidding on top of the 50 [states]. So FEMA is driving up the price. What sense does this make?" 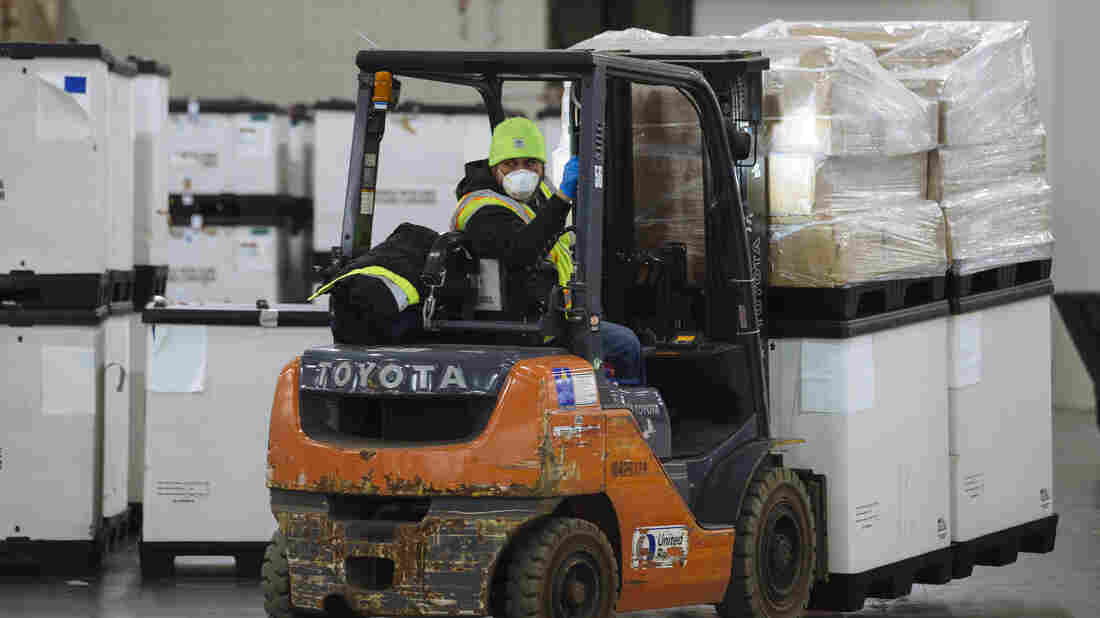 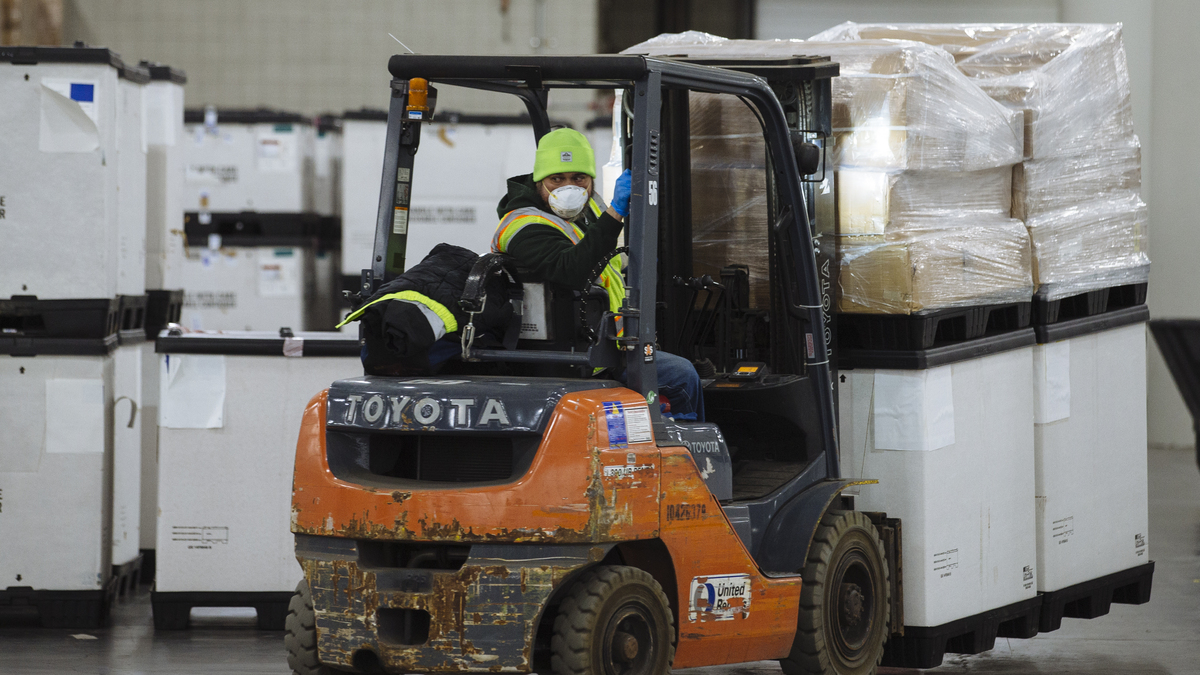 Democrats have previously accused the Trump administration of transferring funds from FEMA to other parts of the Department of Homeland Security, including Immigration and Customs Enforcement, while the Government Accountability Office found FEMA to be understaffed.

The approximately $2 trillion emergency spending bill Congress approved in March, however, did include some $45 billion for FEMA to provide assistance to states in its disaster relief fund.

Gaynor was uncomfortably in the news when he went on CNN and said that FEMA would use the Defense Production Act to secure tens of thousands of test kits, only to be clarified later, when the agency said "at the last minute" they were able to procure the test kits from the private market without using the act.

Gaynor has also been forced to work with a White House that through the efforts of President Trump's son-in-law, Jared Kushner, has also had a hand in overseeing the distribution of supplies.

Kaniewski says that's not likely to bother Gaynor much.

"He's able to work alongside many of these senior officials, and that speaks well to his leadership style," Kaniewski says. "He's not looking for credit. He's looking to accomplish the mission."

Former Providence Mayor Taveras agrees, saying if the Trump administration "let[s] him do his job, I have no doubt that Americans will not only be confident, they will be grateful when all of this is over" for Gaynor's work.

But that's a big if. At a coronavirus task force news briefing in March, Gaynor was asked when states would be receiving the masks they'd asked for. In the middle of his answer, Trump interrupted and said he too wanted to know when the masks would be coming in. When Gaynor answered that "we're trying to match supplies with demand," Trump jumped in to say of Gaynor, "He's worse than I am." There was nervous laughter among the officials behind the podium.

Gaynor, the third person to hold the top FEMA post in the Trump administration, has rarely been seen at a task force briefing since.