Accessibility links
Unemployment Money Not Reaching Millions Of People Who Applied Nearly 17 million Americans have filed for unemployment benefits in recent weeks, but a large portion have yet to receive any money. Freelancers and gig workers face some of the longest delays. 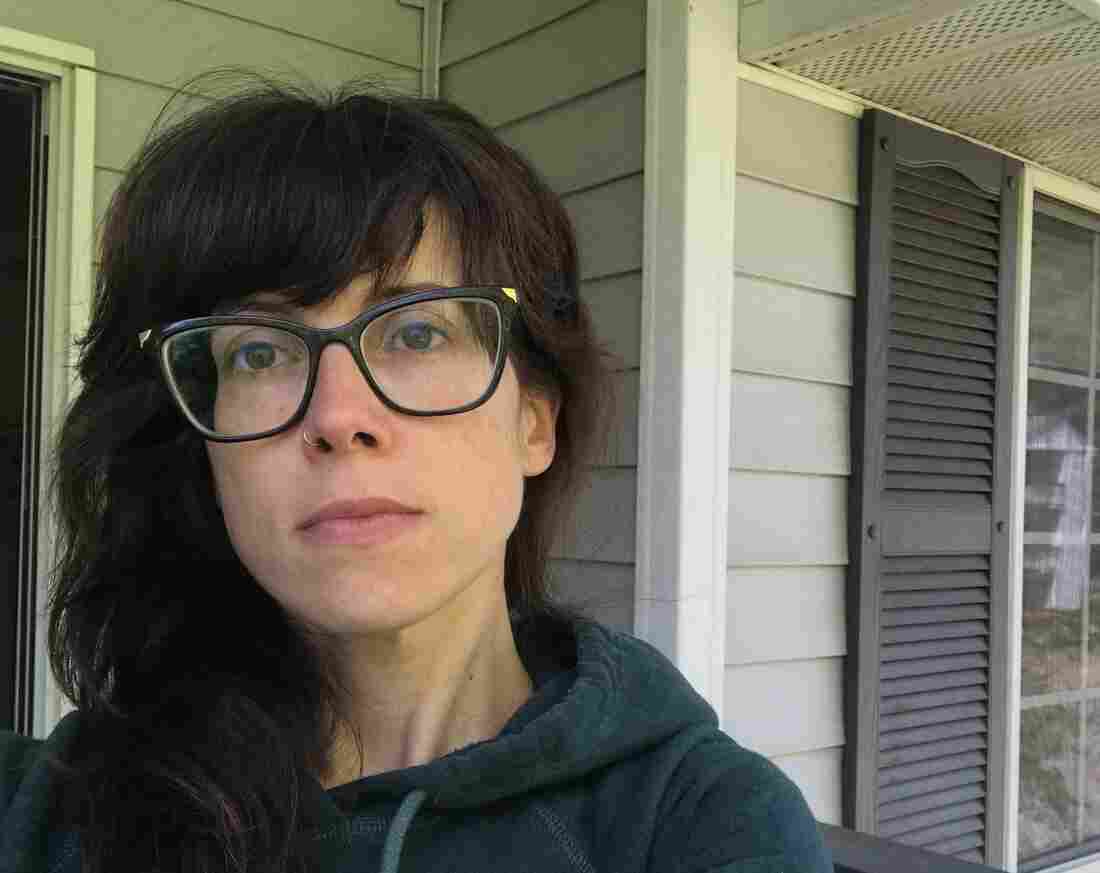 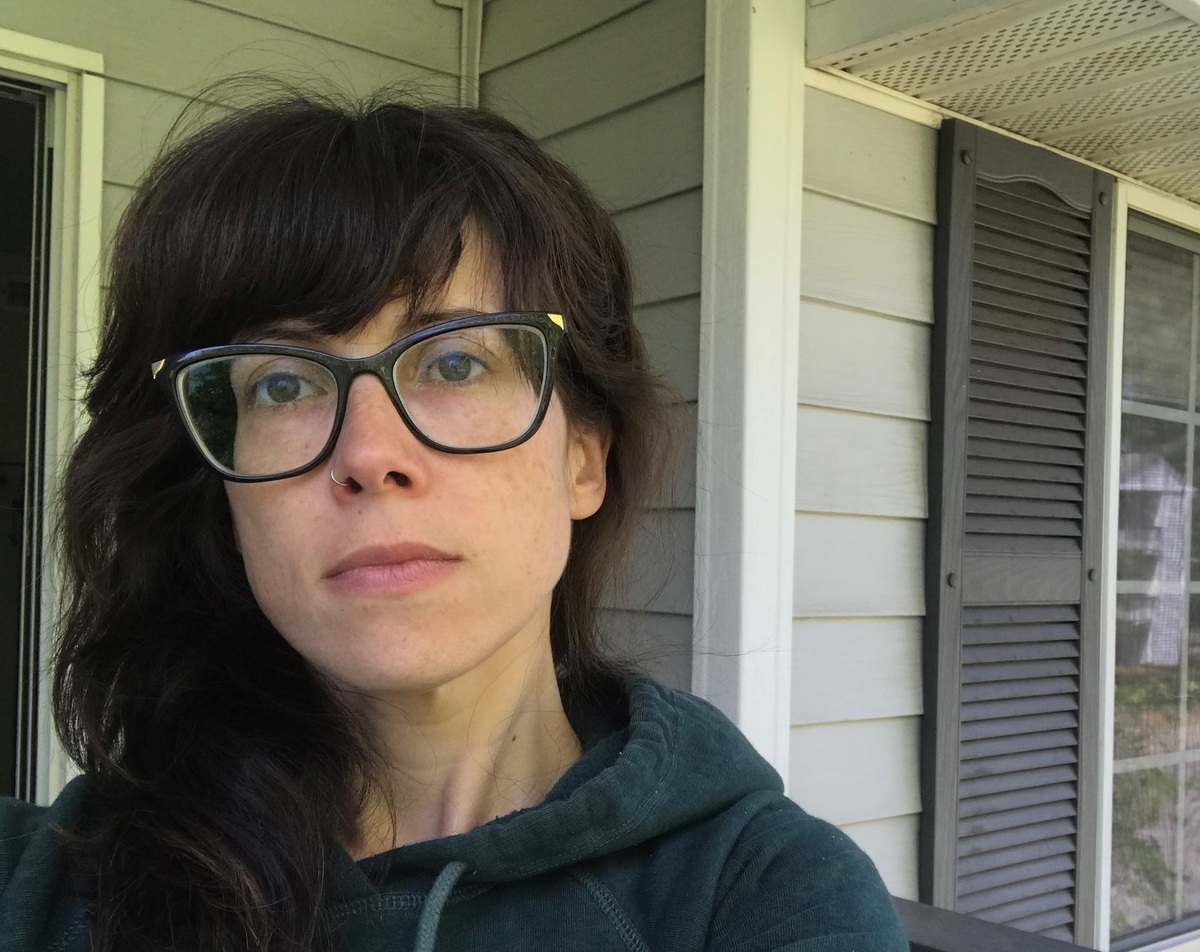 "It's really intense and it's really frightening," says Nicolena Loshonkohl in Roanoke, Va. She's a single mom with a 2-year-old daughter and lost her job at a hair salon a month ago. Loshonkohl is still waiting on the bulk of her unemployment benefits to start.

About 17 million people have applied for unemployment benefits in the U.S. in recent weeks. It's an astonishing number that's nearly 10 times what the system has ever handled so quickly.

But, by one estimate, that money is still not flowing to about half of those people who desperately need it. And others are only getting a trickle of what they should be receiving.

Many people have been out of a job for a month now. That's a long time to be without your income in the midst of the coronavirus pandemic.

"It's really intense and it's really frightening," says Nicolena Loshonkohl, a hair stylist NPR has been checking in with in Roanoke, Va. She's a single mom with a 2-year-old daughter.

As a regular employee at a local salon, she says it was pretty easy to file for unemployment online. And she's now started to get payments. Loshonkohl feels fortunate about that. But so far, she's only receiving $340 a week. And that doesn't cover her rent, health insurance, food and other basic costs of living.

That's because, so far, Loshonkohl, is only getting her state unemployment benefits. Everyone receiving unemployment is supposed to get an additional $600 a week from the big federal rescue package passed by Congress, the CARES Act.

But that money has been slower coming. It took the federal government until last week to send states final information. And states have had to integrate those extra payments into their often antiquated unemployment systems. So, many people aren't getting that extra money yet. And the state benefits are based on income, so some people are getting very little money.

"I have a friend who's a waitress," Loshonkohl says. "Her unemployment is $80 a week and she has a son. What is she supposed to do with that? I'm thinking about, like, how many people are going to suffer?"

The crisis is shining a light on the stark differences between states when it comes to unemployment benefits. States set the benefit amounts, and some do not give people very much money.

Report: Adding Trump's Name To Checks Will Delay Them. IRS Says They're On Schedule

In Arizona, for example, the maximum unemployment benefit is $240 per week, says Andrew Stettner, with the nonpartisan think tank the Century Foundation. "In Massachusetts, the average is $550 per week. So there's a huge disparity," he says.

Stettner says that's in part why Congress voted to give people the extra $600 a week so everyone would have enough to live on.

The good news, he says, is that if you've managed to get your state benefits, in most cases that federal money is coming very soon. In the states where more than 70% of all workers live, Stettner says, "11 of those 13 states have announced that they're going to get the $600 out to claimants by this week."

Still, there's a big backlog. Stettner says millions of people are waiting to get any money at all. He estimates that, of the people who managed to get an application in for unemployment benefits by the end of March, more than half — 56% — have so far been processed. And even those people haven't necessarily received their first payment yet.

If there's any complication where a state worker needs to review a case, Stettner says that could take a couple of months. "I'm very worried that that's going to take a very long time for benefits to reach them," he says.

When Could Things Reopen? How Each State Is Responding To COVID-19

When people do finally get payments, they should be retroactive. "So ... they might get a $7,000 check once their benefits are processed," Stettner says. "But that's cold comfort to people who are trying to make their rent checks, their car payments."

And states are still scrambling to figure out how to process the freelancers and gig workers who aren't normally eligible, but who now should qualify under the federal rescue effort. So they're not getting help yet either.

"The most important thing to know is you're not alone right now," says Kelsey Sheehy with NerdWallet. "A lot of people, especially self-employed people, are incredibly frustrated because they can't file claims or they're filing claims and those claims are getting denied."

Stettner says the state unemployment departments are hiring more workers and trying hard to get money out the door during this tsunami of applications.

Self-employed and gig workers can speed things up by getting all their documents in order so they're ready when the states are able to process their applications, Sheehy says. And, she says, "it's really important that people are checking their state unemployment agency's website for updates."

But experts say that if, for example, you're a contractor with 12 sources of income and you can't get all that documentation together, you should still apply with whatever documents you're able to get quickly.

"Regardless of whatever income you can count, there is a minimum benefit," says Michele Evermore with the National Employment Law Project. So she says you'll at least get something from your state,"plus $600 a week, so it's worth applying even if they're not going to count every penny of your income."

Evermore says you should have a few weeks to update your application with additional documents.

How To Get Your $1,200 Emergency Payment Faster — But Watch Out For Debt Collectors

In the meantime, those one-time $1,200 economic relief payments that go to almost everybody will be crucial to help many out of work people get by for at least a little while longer.

Loshonkohl is still waiting for that money, but she got some other help since NPR spoke to her in our last story.

"Some of my friends heard it or read it and they started reaching out to ask me what I needed and started a fundraiser to help me," she says. They sent her more than $2,500 in gift cards for groceries and other expenses.

"I started crying a lot," Loshonkohl says. "And I felt really relieved. Because then I can ride it out until June."

So if there are more delays, she can take care of her toddler and pay her health insurance and her rent.