Accessibility links
Apple Debuts Cheaper, Smaller iPhone SE With a smaller size, screen and price tag, the new iPhone SE looks and feels like the models of yore that actually fit in a pocket. 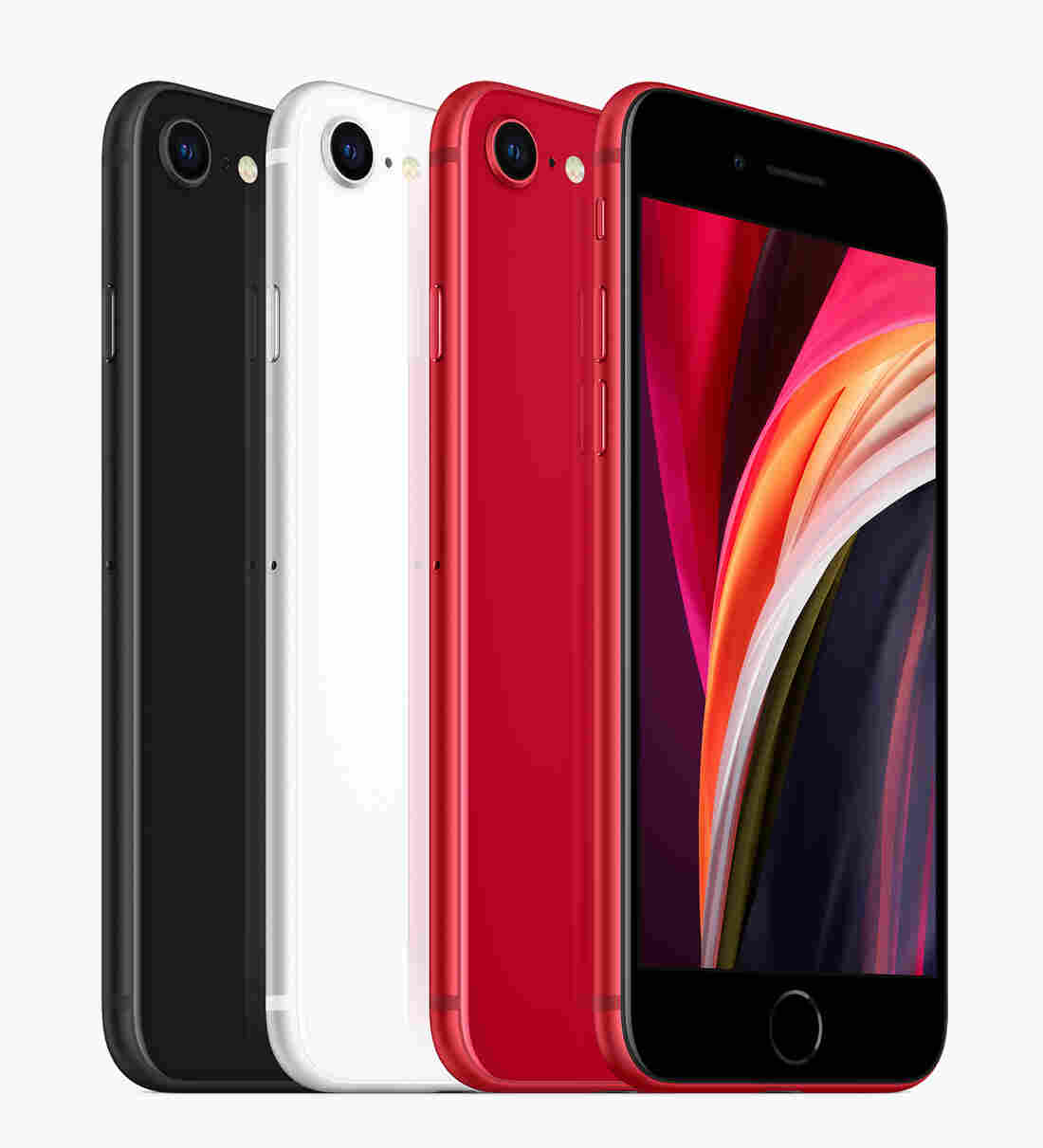 This photo provided by Apple shows the second-generation iPhone SE. It will be vastly cheaper than the models Apple rolled out last fall before the coronavirus pandemic had forced people to rethink their spending. Apple via AP hide caption 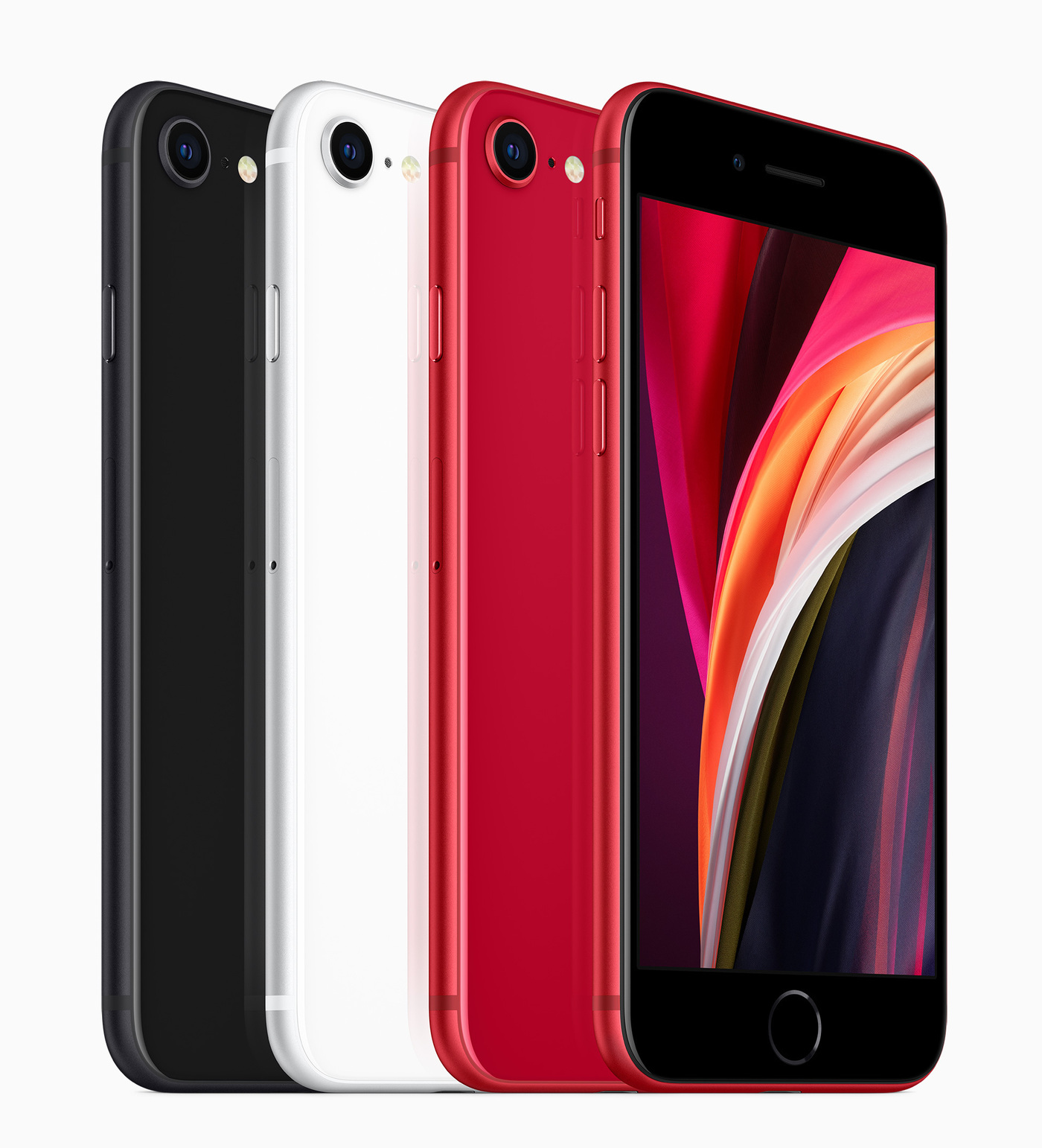 This photo provided by Apple shows the second-generation iPhone SE. It will be vastly cheaper than the models Apple rolled out last fall before the coronavirus pandemic had forced people to rethink their spending.

The middle of an economic downturn may seem like an odd time to debut a new iPhone, but Apple on Wednesday announced its latest model — a cheaper, smaller version that may just fit with the times.

The new iPhone SE features a new and improved processor and camera. But for the most part, it looks and feels like models of yore. With a smaller size and screen, it is nearly as compact as the iPhone 6, which launched in 2014. It also features the home button that disappeared in the most recent models.

Apple analyst Gene Munster from Loup Ventures said unveiling a "new" phone that resembles an older version is an attempt to reach customers who have always found iPhones to be too expensive.

"They're trying to create a new product with new hardware that is more aggressively priced," Munster said. "To do that, you have to bring back some old aspects."

The new iPhone arrives as the coronavirus pandemic has nearly ground the U.S. economy to a halt, prompting Apple to close retail stores, where consumers could have tried out the new iPhone. Preorders begin online only on Friday.

Analysts say millions of unemployed workers may not be looking to upgrade their phones at time when they're worried about basic necessities.

Yet with so many Americans confined to their homes and dependent on devices to connect with the outside world, there may be demand for a zippier and more financially accessible iPhone.

"Calling friends and relatives is going through the roof all of a sudden," analyst Tim Bajarin of Creative Strategies said. "This new iPhone, which has better camera and better audio, is meeting the needs of a lot of people right now."

It's Apple's "best bargain ever," in terms of iPhones, he said.

Apple, with its $100 billion cash stockpile, can risk launching a new product in the midst of a global economic slowdown, analysts said.

This phone, which is made in China, has been in the works for more than two years. The manufacturing disruptions earlier this year from China's coronavirus outbreak are not expected to affect production, said Bajarin.

"This phone didn't just happen overnight," he said. "Whether this is a high-volume phone, we just don't know yet. That's the one big question we in the industry are looking at."

The new iPhone does not feature a 5G modem, the next generation of cellphone technology, which analysts say is because the telecommunication infrastructure is not in place yet.

Apple is widely expected to launch its first 5G phone this fall.

"In the U.S., 5G connection networks are still pretty spotty," Bajarin said. "We're not expecting worldwide rollout until 2021 and 2022."

Analyst Munster said the 5G chip will increase the price of the phone, but in order to stay competitive, Apple may eventually be forced to sell a more affordable phone that is 5G-enabled.

"Eventually, they're going to have to have a $399-priced phone that does have 5G, but that's probably a year or two away."

Apple has teamed up with rival Google in an effort to slow the spread of the coronavirus. The two companies are building software that would allow smartphones to do what is known as contact tracing, the process of notifying people who potentially have come in contact with an infected person.