Accessibility links
Advice For The Post-College Job Search During The Coronavirus Pandemic We spoke to students about to graduate into the workforce and posed their questions and anxieties to career counselors. Some advice: Be flexible, make it personal, network and look for bright spots.

Searching for work right out of college is always hard. Now try doing that in the middle of a worldwide pandemic and an economic meltdown.

Many students have lost income: jobs on campus or around town. They've lost internships, which help them build resumes. Now they are entering the workforce at a time when 22 million are filing for unemployment.

We spoke to students on the verge of graduation and posed their questions and anxieties to career counselors. 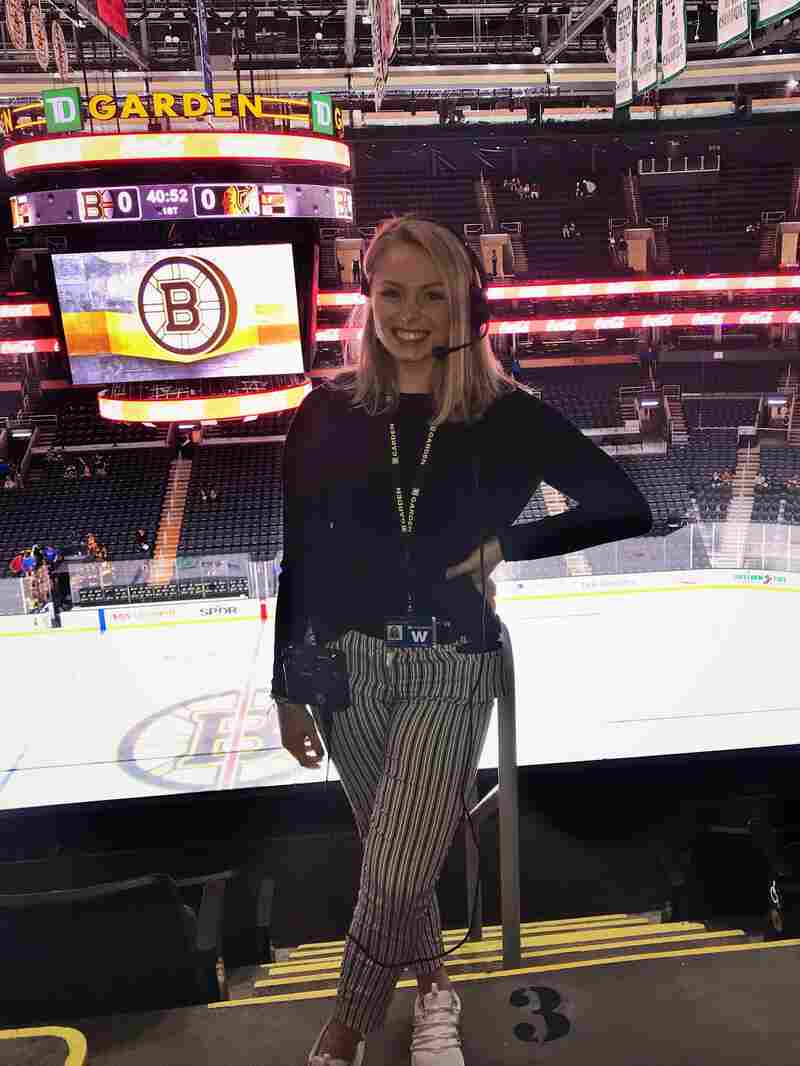 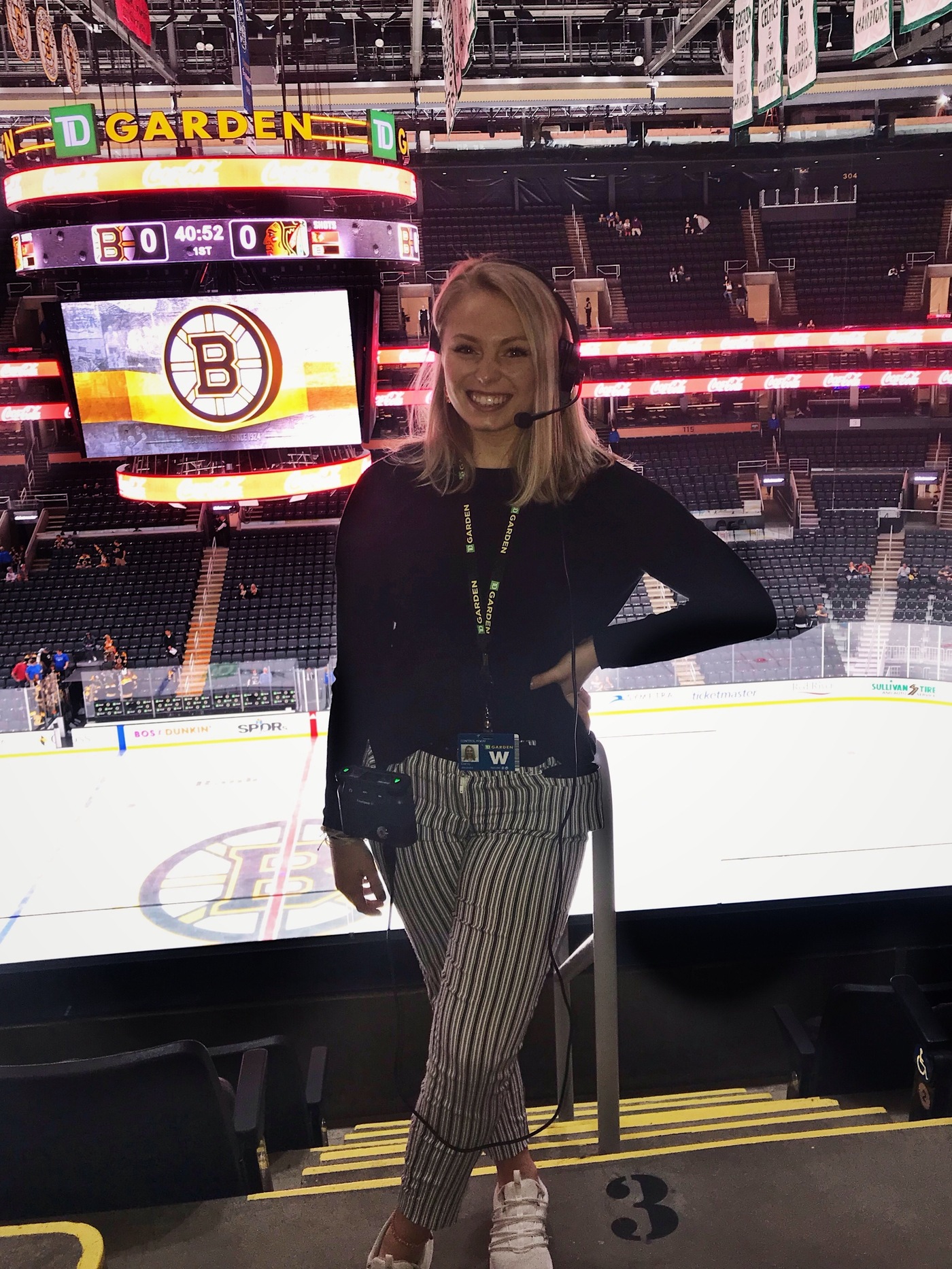 Allie Clancy could not finish her dream internship at Boston's TD Garden arena.

Allie Clancy is used to being busy: up at 6:30 a.m., bed by midnight, back-to-back internships, activities, track. But because of the pandemic, the senior at Lasell University in Massachusetts had to cut short her dream internship at Boston's TD Garden arena, where she filmed footage for the jumbotron and helped in the control room. An aspiring network TV producer, Clancy has been reading up on what it was like for the classes of 2008 and 2009 during the Great Recession.

I'm "learning to accept that things are going to change and I'm just trying to be OK with it," Clancy says.

How To Succeed At College

How To Get A Job After College

"What do I do? I feel like I was thrown into an intersection with a bunch of ways to go — and then I have no direction. I'm extremely passionate about what I do, but ... I'm trying to get used to the idea that I might not get a job in my field for a little while."

'How do I set myself apart' 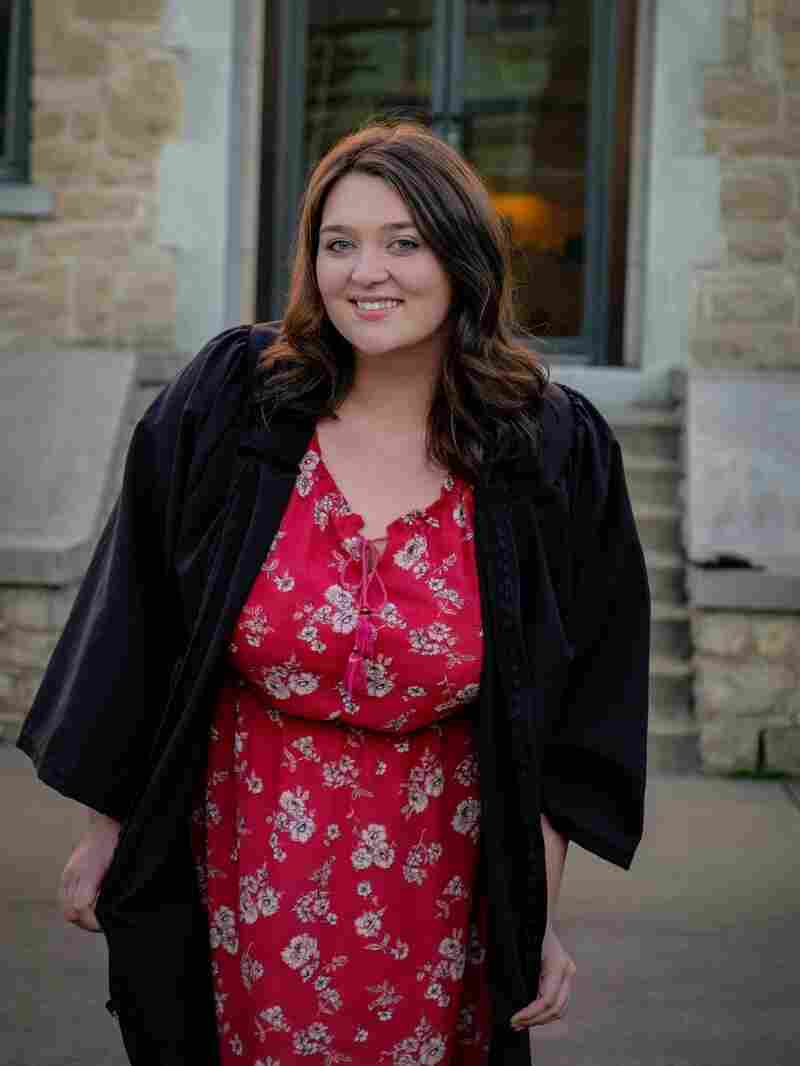 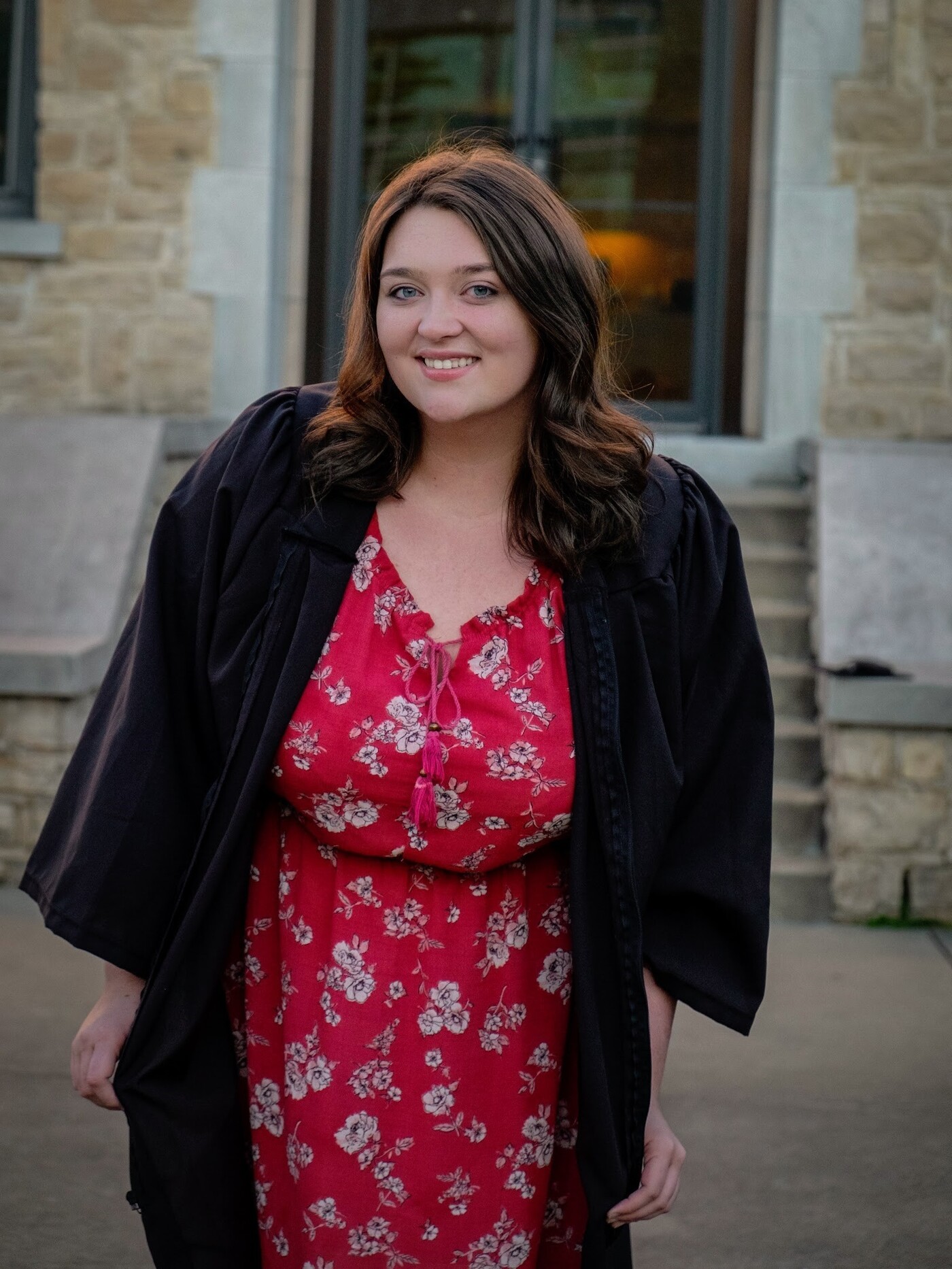 Brittany Weaver is about to graduate from College of the Ozarks in Missouri.

Brittany Weaver had hoped to get enough work after college to save up for a master's degree in social work. The senior at College of the Ozarks in Missouri has not given up on the plan, still applying — and even interviewing — for jobs.

But then, comes the bad news: The employers are on a hiring freeze.

Weaver usually works two or three part-time jobs, but can't now. She is still interning at a local nursery crisis center, but feeling "sad and confused, and almost melancholy" about missing the graduation she'd dreamed of since freshman year — and not knowing what comes next.

Hey, Students: 5 Things That Are Wrong With Your Cover Letter

Resume Issues? Need An Internship? This Organization Can Help 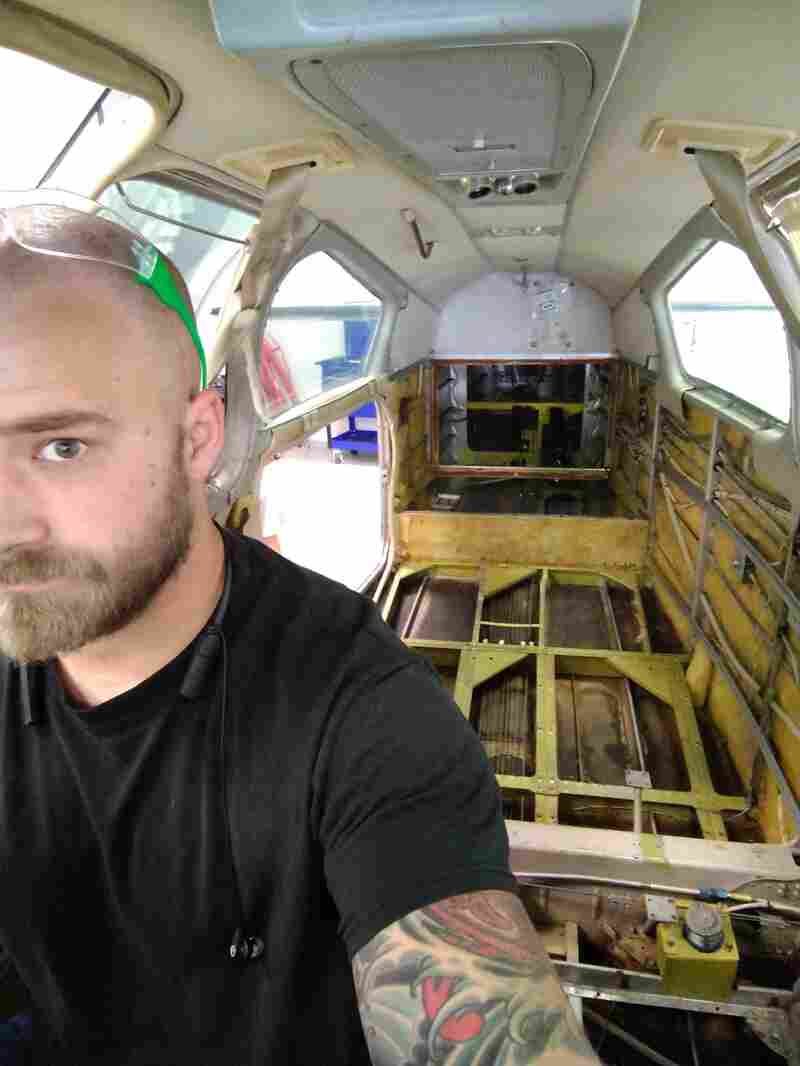 "I sort of assumed having a trade would be a pretty safe bet," says Timothy Hasson, who's about to graduate as an aircraft mechanic. Courtesy of Timothy C. Hasson hide caption 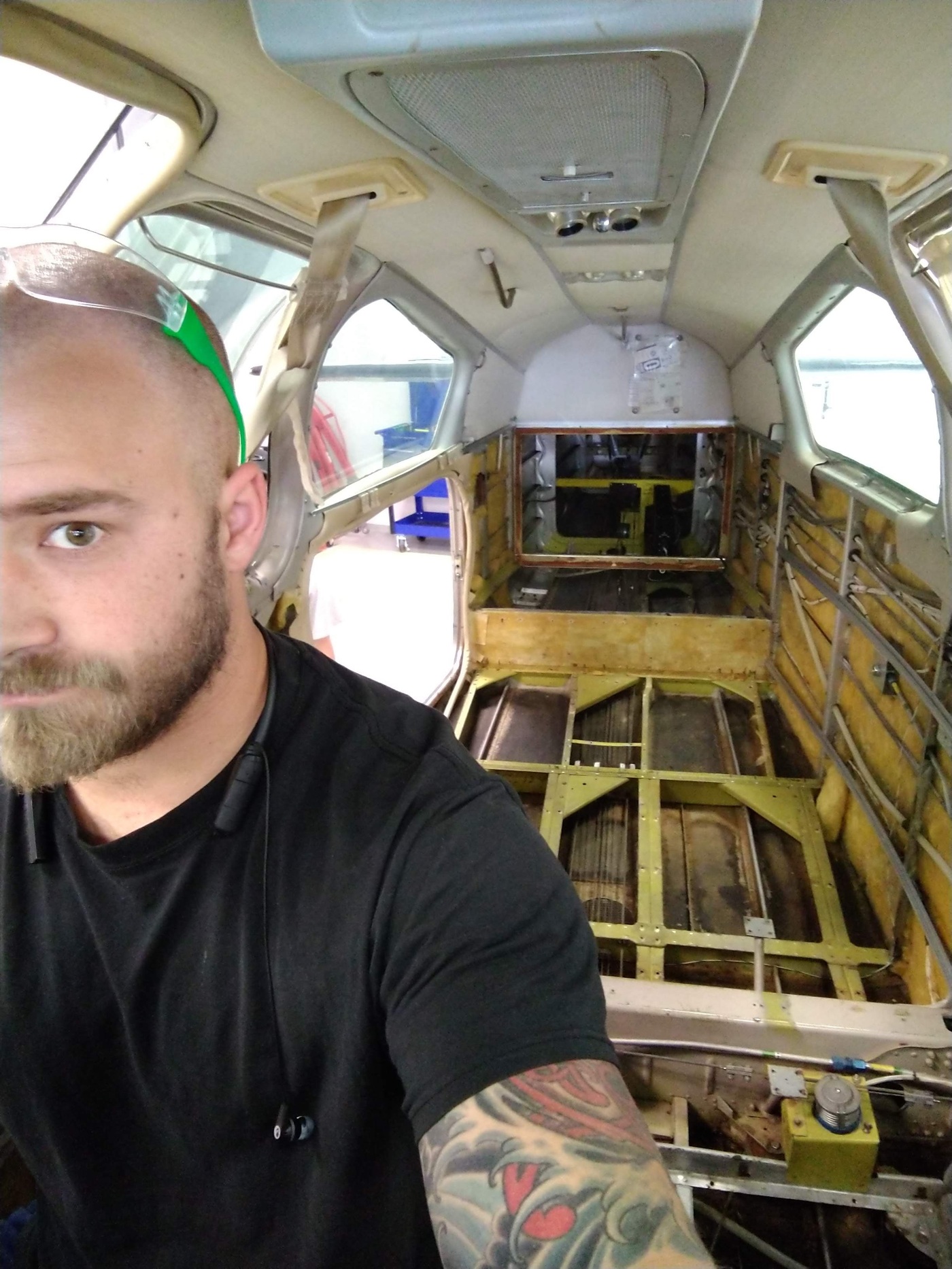 "I sort of assumed having a trade would be a pretty safe bet," says Timothy Hasson, who's about to graduate as an aircraft mechanic.

Back in 2018, Timothy Hasson had taken the Law School Admission Test but was getting cold feet about his job prospects. Then he came across an article about a shortage of aircraft mechanics and decided to pursue his license at Central New Mexico Community College.

"It was sort of a funny thing," Hasson says. "Our program is ... for 18 months straight. And through this whole time we keep hearing, you know, 'Market's never been hotter. This is a fantastic time to be a newly minted aircraft mechanic.' And it was. And then, it just kind of blew up."

Trying To Get Your First Job? There's A Class For That

He had no idea his new plan would mean graduating during a worldwide pandemic, right when the world all but stops traveling by air. Hasson still has a job pending with a regional airline — at least he thinks he does. But he's one license short, and the guy who would test him has an expired authorization that cannot be renewed due to the pandemic.

"I'd start asking about some recession-proof career fields," Hasson says with a laugh. "Obviously, I sort of assumed having a trade would be a pretty safe bet. I just happened to get the one trade that got specifically hit really hard by this."