Accessibility links
Review: Stylish 'Selah And The Spades' Asks, Clique Or Cult? Set at an elite, ethnically diverse boarding school, Tayarisha Poe's first feature is "a YA gangster movie that doubles as a soulful meditation on the beauty and danger of power." 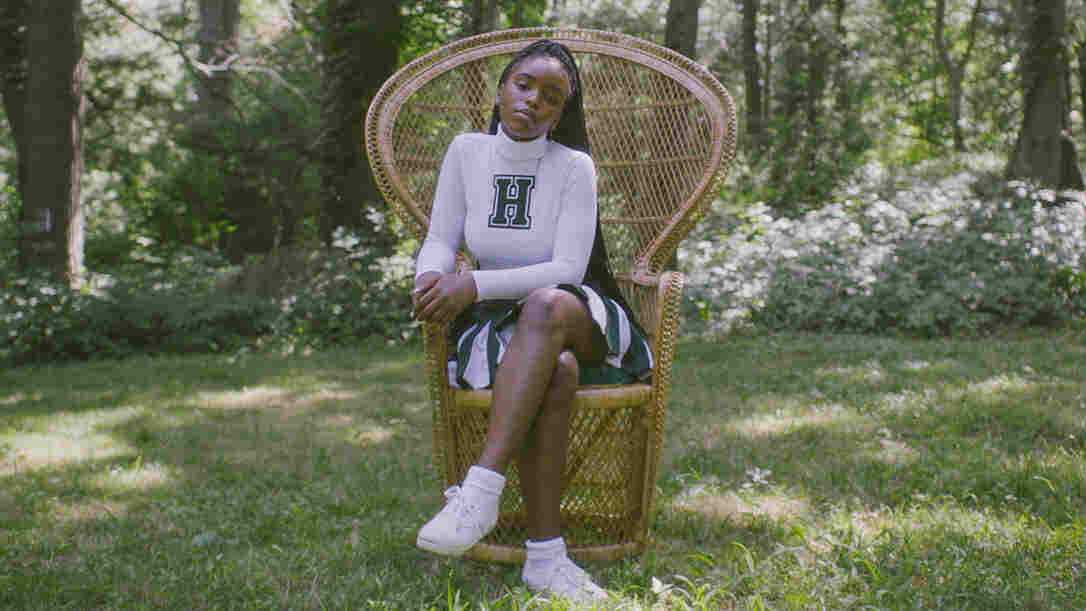 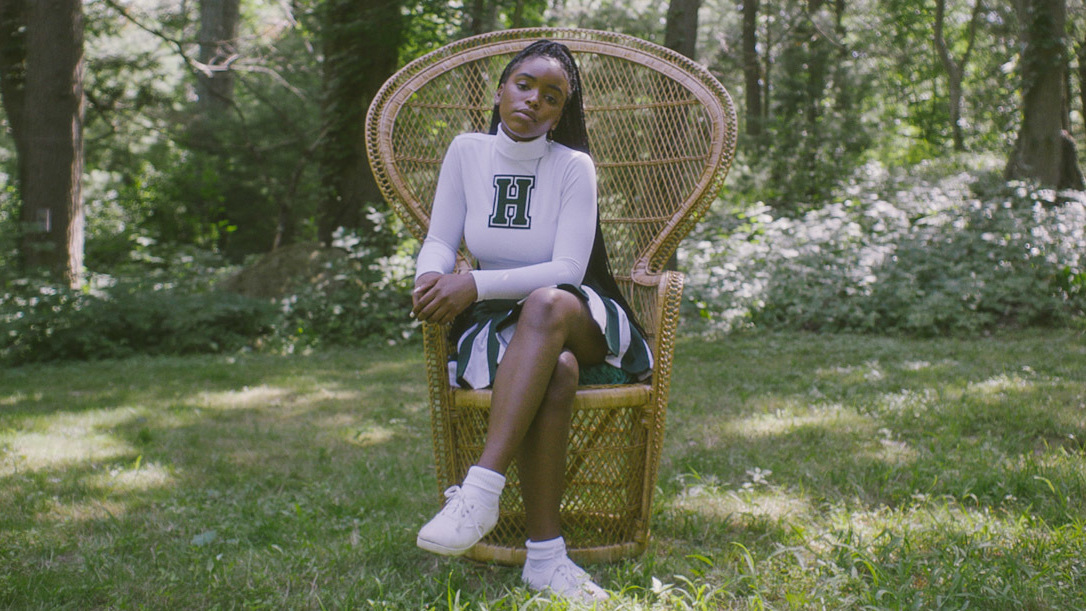 Selah (Lovie Simone) rules the school in Selah and the Spades.

Pressed upon by a demanding mother and a school principal with an amply stuffed shirt, Selah (Lovie Simone), a black graduating senior, plays queen bee over five warring student factions at a pricey but ethnically diverse boarding school that's quite literally covered in ivy. Each faction has its own subculture, its own exchange currency and its own turf to defend. Selah's group, the Spades, dispenses cash, booze and pills to those who offer fealty, and an occasional roughing up to those who don't. She is at once the heroine, the monster and the vulnerable teen at the heart of Tayarisha Poe's impressive first feature, Selah and the Spades, a YA gangster movie that doubles as a soulful meditation on the beauty and danger of power, when all means justify the end of retaining that power.

Openly at war with a white rival (Ana Mulvoy Ten), a blond piece of work in her own right who desperately wants to inherit her mantle, Selah befriends and subtly seduces Paloma (Celeste O'Connor), a newly arrived scholarship girl in whom she sees shades of her own former self. Both actresses are as lovely to look upon as they are adept with Poe's overly revealing script.

A gifted photographer, Paloma acts as our window onto this complicated scenario, in which she plays a part without realizing that she's being sucked into her new friend's skewering of all who stand in her way, including her once pliable sidekick, Maxie. (As Maxie, Jharrel Jerome is every bit as magnetic as he was in Barry Jenkins' Moonlight.) From minute to minute, Selah presents as either a power-hungry devil — or she's, well, seventeen and struggling with a serious attitude problem. By turns imperious and insecure, she professes indifference to the usual teen obsessions. Despite the discreetly powerful current that ebbs and flows between her and Paloma, she claims to be uninterested in sex or romance. "Why not just do things that keep you from crying in bathrooms?" she asks. Scheming and asserting control are much more fun — until they're not, for either girl. Like many who mobilize others to their dirty work for them, Selah is deeply insecure: Around her ambitious mother (Gina Torres) she's as submissive and fearful as she is poised and decisive at school. Driven by rage and fear, she can't see that a clique can easily slide into a cult.

Ably supported by her cinematographer, Jomo Fray, Poe has an assured grasp of lighting and frame composition, and a vivid way with a neon palette that floods the witchy rituals with which young people spice up the dreary routines of school. Poe's serpentine plotting can be tiring in its endless swings between the battles that escalate when an informer is suspected within Selah's obedient ranks. A secret history of betrayal comes to light that threatens to derail Selah's iron reign and warp her friendship with Paloma, who has a stronger core. As the movie moves toward a potentially tragic climax, the gang wars prove less interesting than the struggles of these two girls with adult authority, with themselves and with one another

Poe's sensibility is openly feminist, yet Selah and the Spades is built on a central ambivalence that advocates for girl power but warns against its abuse. Though race doesn't come up much directly, it is deeply and implicitly embedded both in the wars between the factions and in the director's vibrant visual aesthetic. For all its genre dressing, in the end Selah and the Spades (along with other strikingly original recent debuts like Pariah, Little Woods and Moonlight) represents the voice of a fresh new generation of black filmmakers that has moved on from tales of inner city poverty or sidelined them for a more introspective spirit. With that, they claim their right make films about whatever floats their boats.