Accessibility links
Deep Sea Squid Communicate With Glowing Skin By making their bodies glow, Humboldt squid illuminate the changing patterns on their bodies to communicate in the depths of the Pacific Ocean. 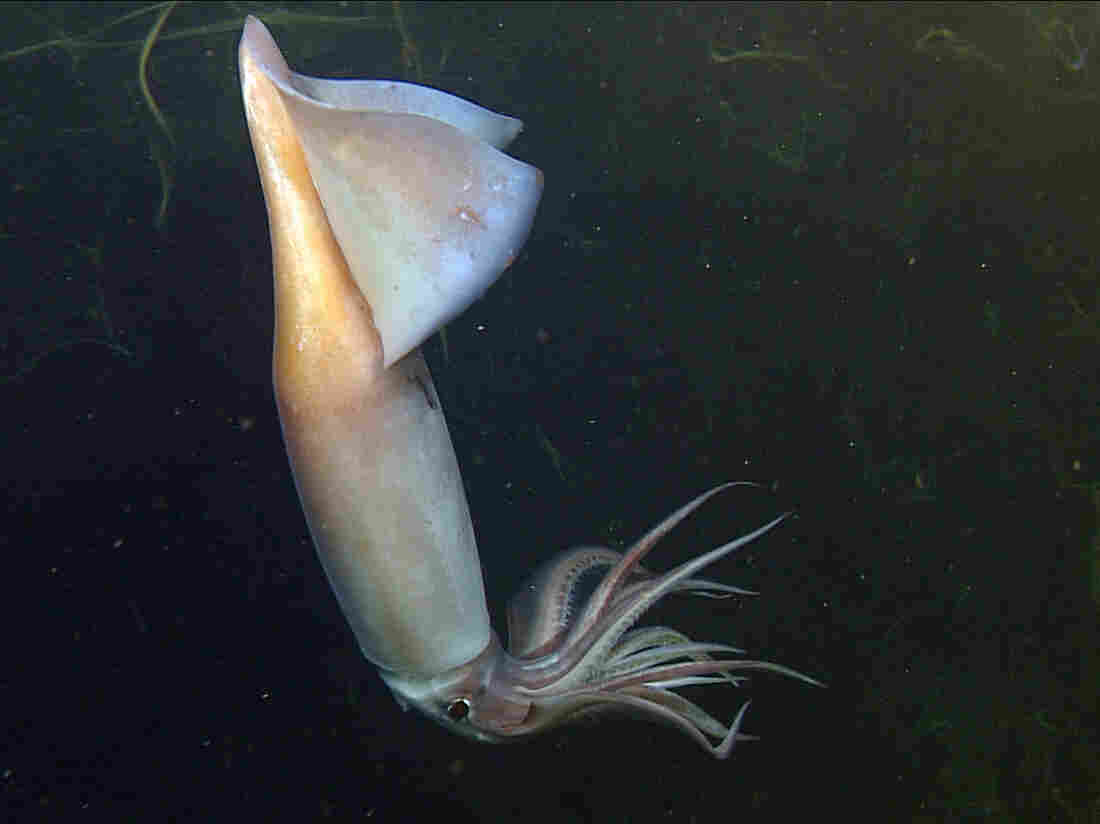 A Humboldt squid shows its colors in the lights of a remotely operated vehicle off the coast of California. MBARI hide caption 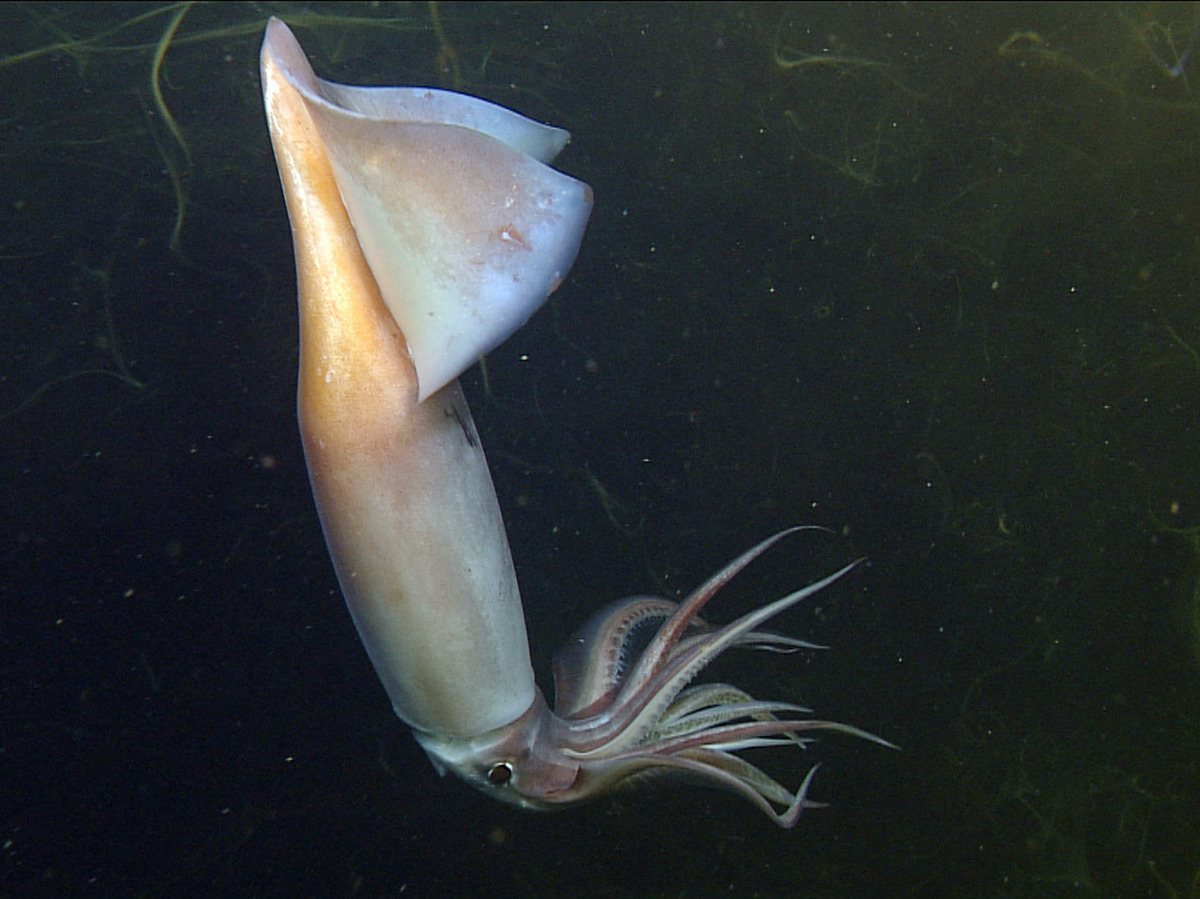 A Humboldt squid shows its colors in the lights of a remotely operated vehicle off the coast of California.

Deep in the Pacific Ocean, six-foot-long Humboldt squid are known for being aggressive, cannibalistic and, according to new research, good communicators.

Known as "red devils," the squid can rapidly change the color of their skin, making different patterns to communicate, something other squid species are known to do.

But Humboldt squid live in almost total darkness more than 1,000 feet below the surface, so their patterns aren't very visible. Instead, according to a new study, they create backlighting for the patterns by making their bodies glow, like the screen of an e-reader.

"Right now, what blows my mind is there's probably squid talking to each other in the deep ocean and they're probably sharing all sorts of cool information," said Ben Burford, a graduate student at Stanford University.

Humboldt squid crowd together in large, fast-moving groups to feed on small fish and other prey.

"When you watch them it looks like frenzy," Burford said. "But if you pay close attention, they're not touching each other. They're not bumping into each other."

Scientists used deepwater footage of Humboldt squid to study the changing patterns on their skin.

Burford and his colleagues studied deep-water footage taken by the Monterey Bay Aquarium Research Institute's remotely operated vehicles off the California coast. They found the squid make around 30 different patterns of lines, stripes and patches. The patterns appear dark, but researchers believe they're illuminated by the squid's bioluminescent skin.

"Animals can make their own light in dark habitats," he said. "The squid have clusters of light producing cells. They radiate light within the body tissue."

Some of the patterns are only used around other squid, suggesting they're used for communication. The squid also appear to reorder the patterns, almost like words in a sentence.

"That's really exciting because then you can say a whole lot more based on their arrangement," Burford said. "So, they could for instance say: hey, that fish over there is mine, and I'm the dominant squid."

The finding could change the way scientists think about bioluminescence, which is used by many deep sea animals for luring prey or attracting a mate.

"We generally think of deep-sea stuff as having very simple displays because it's a low-light environment," said Mike Vecchione, a zoologist from the National Oceanic and Atmospheric Administration at the National Museum of Natural History. "This turns some of our ideas about bioluminescence almost around upside-down."

The deep ocean is a challenging place to study, so Vecchione said there may be much more complexity to discover.

"Most of our planet is deep sea," he said, "and we don't know much about it at all."