Accessibility links
Trump Pushes to Reopen U.S. Economy Soon The president still hopes to see some states begin easing social distancing measures before May 1, but health care authorities warn of a long road to recovery for the United States. 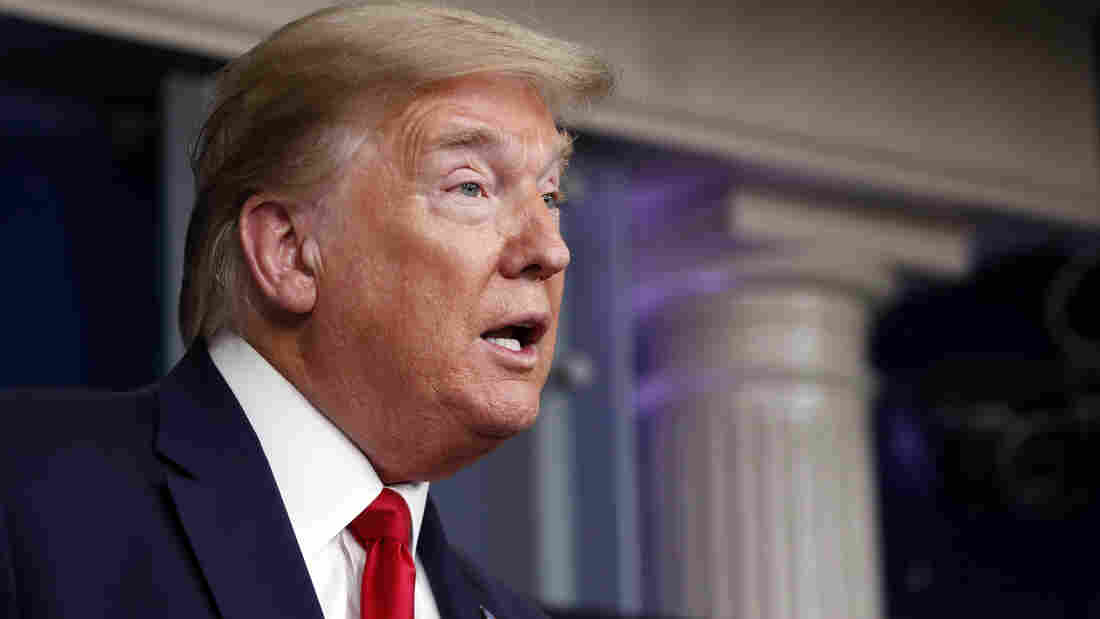 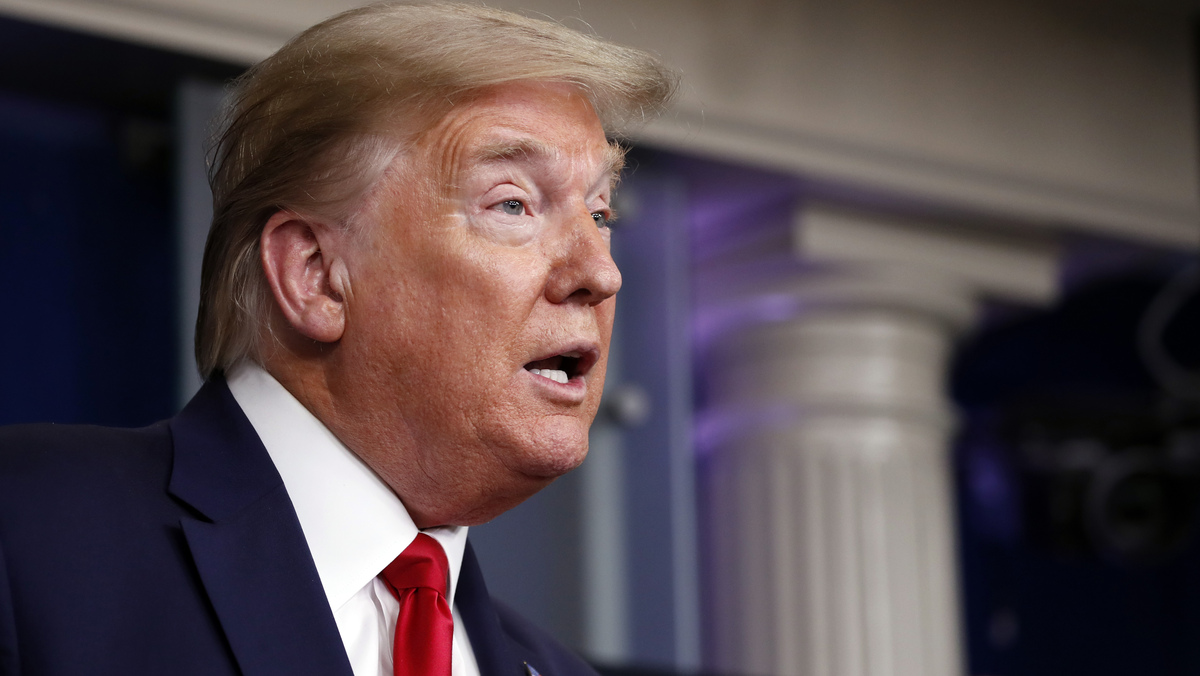 President Trump speaks about the coronavirus in the James Brady Press Briefing Room of the White House Friday.

President Trump on Friday said states are well equipped to adequately test for COVID-19, a position that has been contradicted by state leaders and health care experts.

The Trump administration this week released a plan to begin reopening the U.S. economy, even as experts warn that the country has a long way to go before it can responsibly ease restrictions.

But while Trump boasted of the country's comeback from the coronavirus' grip, health care authorities say that rushing to reopen the economy without adequate measures like widespread testing could have disastrous implications on containing the virus.

"There have been some very partisan voices in the media who have spread false and misleading information about our testing capacity," Trump said during the Friday briefing.

But experts say that the United States still needs to ramp up its testing capabilities, more aggressively trace the contacts of those infected and build up hospitals' capacities to treat COVID-19 patients before they can consider the virus contained.

Despite still lagging in those efforts, Trump has spoken victoriously on the nation's handling of the virus and said he expects to see some states relaxing restrictions even before the federal guidelines for social distancing expire on May 1.

Vice President Mike Pence and Dr. Anthony Fauci supported Trump in saying that the United States had enough tests specifically to move into Phase 1 of the reopening plan, which calls to limit social gatherings to 10 people or fewer and for vulnerable populations to continue to shelter in place.

Trump is eager to reopen the slumbering U.S. economy as unemployment numbers soar and businesses struggle to stay afloat.

The administration says more than 80 million Americans have received coronavirus relief payments of up to $1,200. And on Friday, an additional stimulus package of $19 billion for farmers, ranchers and producers was announced to help relieve the strain the pandemic has put on the agriculture industry.

Earlier this week, Trump spoke to governors to outline his administration's vision for reopening the economy, though several state leaders spoke out after the call to reject the president's suggested timeline.

By Friday morning, the disagreement on timing had escalated into a full-on spat between Trump and New York Gov. Andrew Cuomo.

"The federal government has to be part of this approach," Cuomo said in his Friday coronavirus briefing. Cuomo was talking about his state's testing abilities, noting that officials did not have enough supplies to match the need for COVID-19 tests.

Before Cuomo had even finished his news conference, Trump tweeted to tell the governor to "Stop talking!"

"Governor Cuomo should spend more time 'doing' and less time 'complaining.' Get out there and get the job done," Trump wrote.

Cuomo, prompted by a reporter question, responded just minutes later during the briefing.

"He's sitting home watching TV, maybe he should get up and go to work," Cuomo said.

"How many times do you want me to say 'thank you'? But I'm saying thank you for doing your job. This was your role as president," he added later.

The clash carried on through the afternoon with Trump tweeting: "Cuomo ridiculously wanted '40 thousand Ventilators.' We gave him a small fraction of that number, and it was plenty. State should have had them in stockpile!"

The administration's disagreements with Democratic officials bled into a Friday phone call between Pence and Senate Democrats.

A Democratic source told NPR that nearly every question to Pence fielded on the call was related to testing. The source said that the feeling on the call was that the administration was avoiding giving clear answers.

"I have never been so mad about a phone call in my life," the source reports Sen. Angus King saying during the call. King criticized the administration, the source says, for not developing an adequate national testing system.

Sen. Tim Kane also brought up that Trump tweeted "LIBERATE VIRGINIA," and asked Pence why the president was sowing division, according to two sources familiar with the call. Pence reportedly deflected, saying that the administration is working respectfully with governors.

Susan Davis and Scott Detrow contributed to this report.

Susan Davis contributed to this report