Accessibility links
Fake News: How To Spot Misinformation During The Coronavirus Crisis Experts say the coronavirus outbreak may be the biggest source of Internet misinformation ever. Fake cures, unscientific tips, and conspiracy theories about COVID-19 are flooding the Internet — but there are ways to sniff out misinformation.

Health officials right now aren't just having to battle an illness with no known cure or vaccine — they're having to fight back against Internet trolls and conspiracy theorists. The World Health Organization has labeled the current moment an "infodemic."

This story comes from Life Kit, NPR's podcast with tools to help you get it together. To listen to this episode, play the audio at the top of the page or find it here. For more Life Kit, sign up for our weekly newsletter.

"While the virus spreads, misinformation makes the job of our heroic health workers even harder. It diverges attention of our decision-makers and it causes confusion and spreads fear to the general public," says the WHO Director-General Dr. Tedros Adhanom Ghebreyesus.

You've probably come across a piece of bad information online, and you might not even know it. The virus was not created in a lab as a bioweapon, for instance, and inhaling hot air from a hair dryer is not a cure.

Experts say this outbreak may be the biggest source of Internet misinformation ... ever.

Life Kit wants to help. Here's a comic to help you sharpen your misinformation Spidey senses: 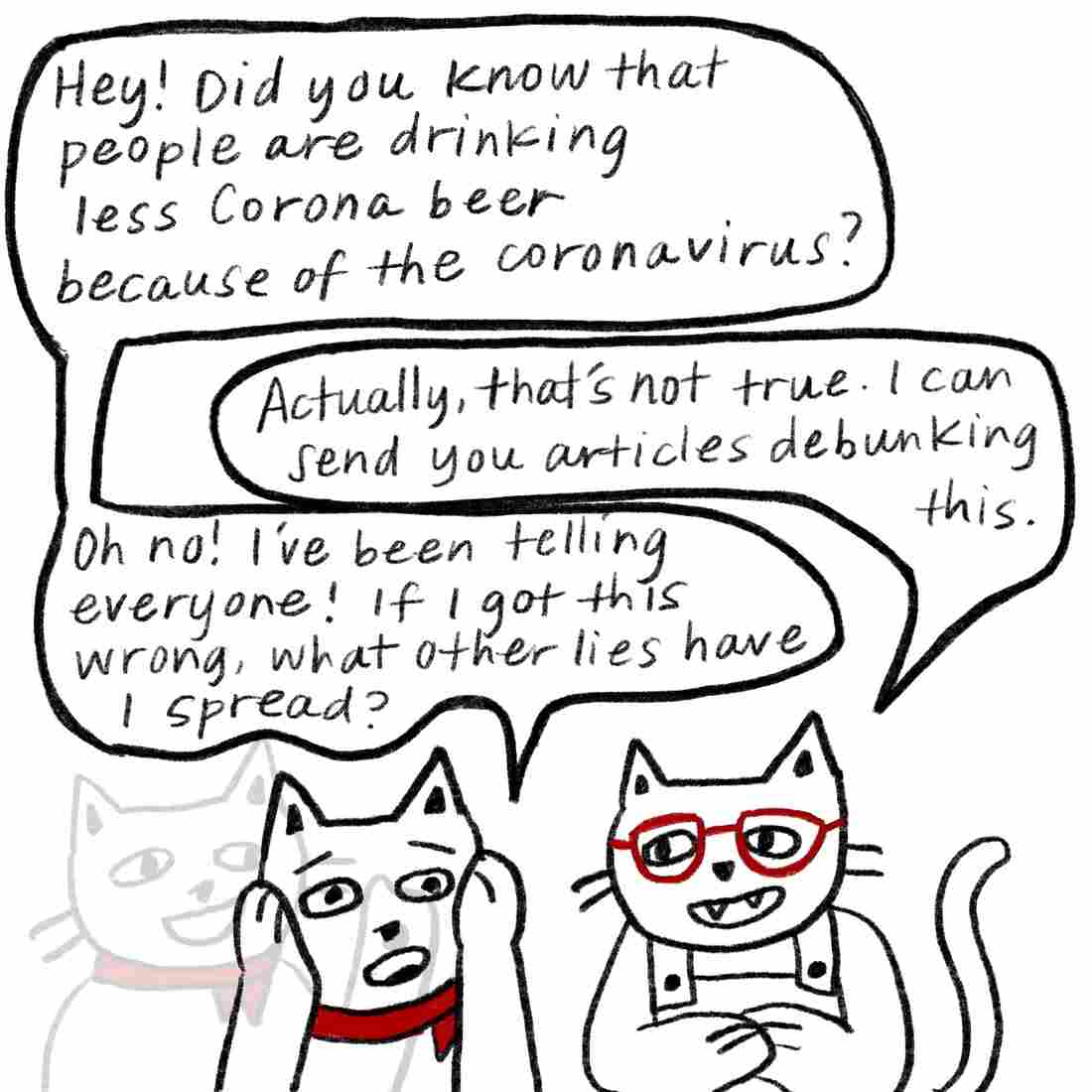 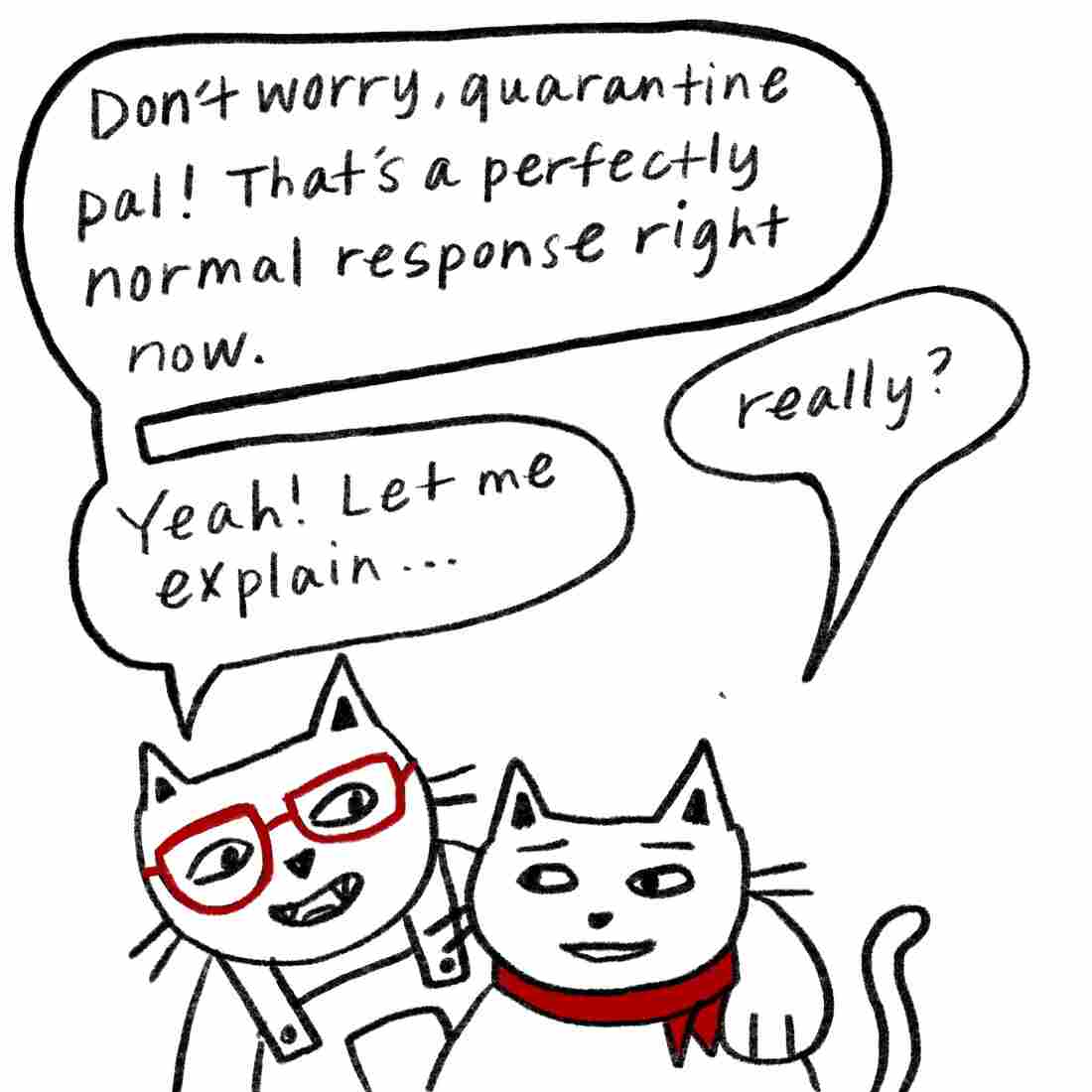 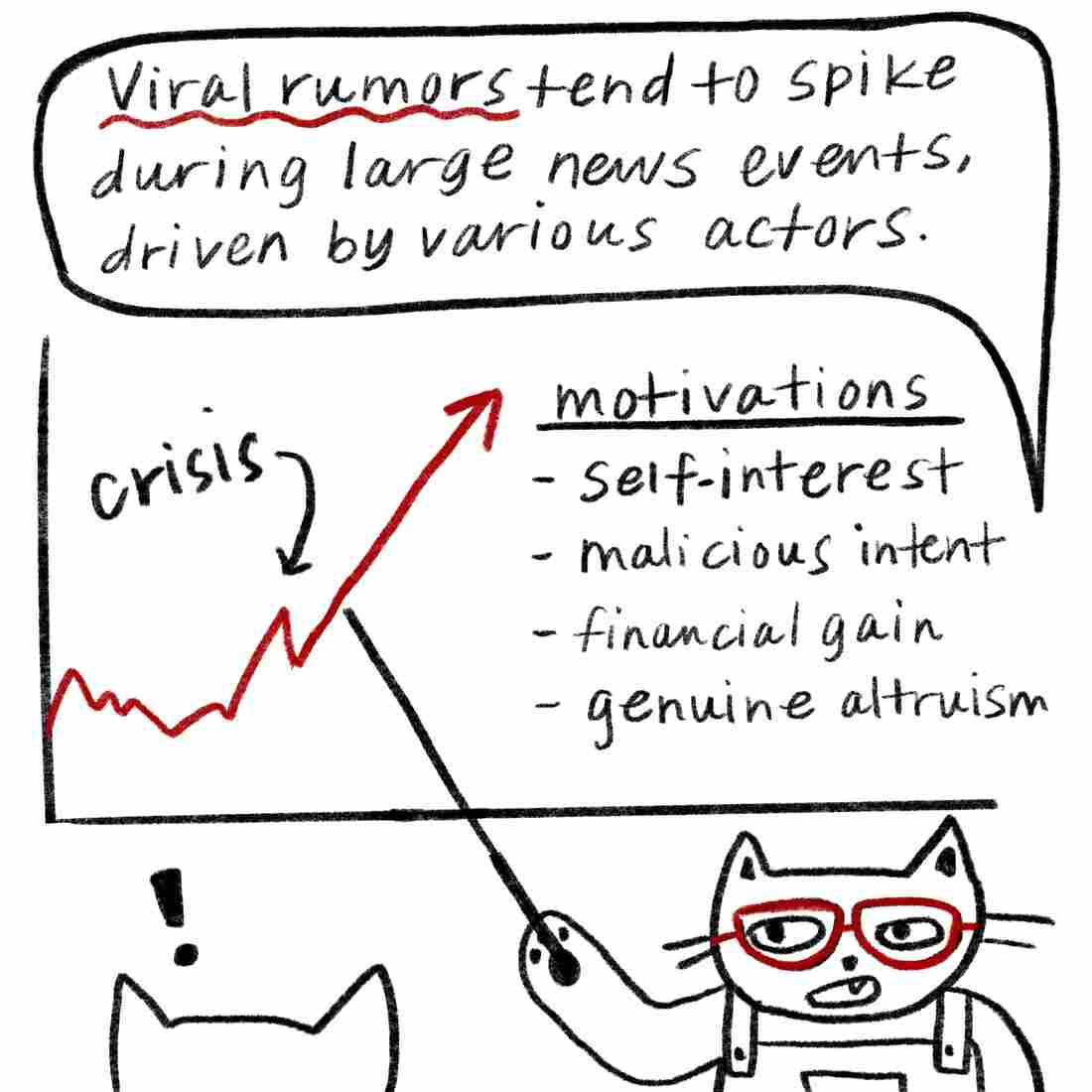 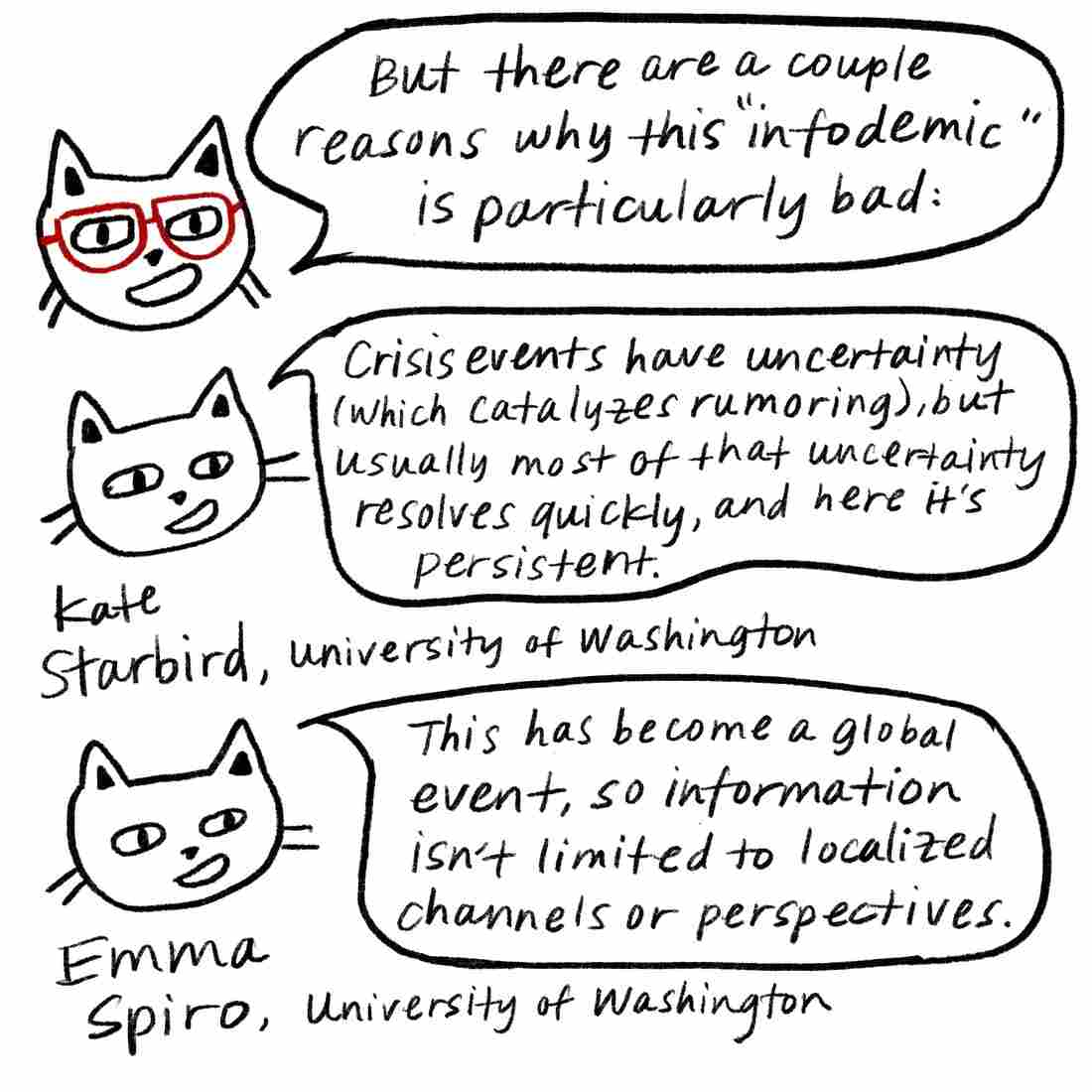 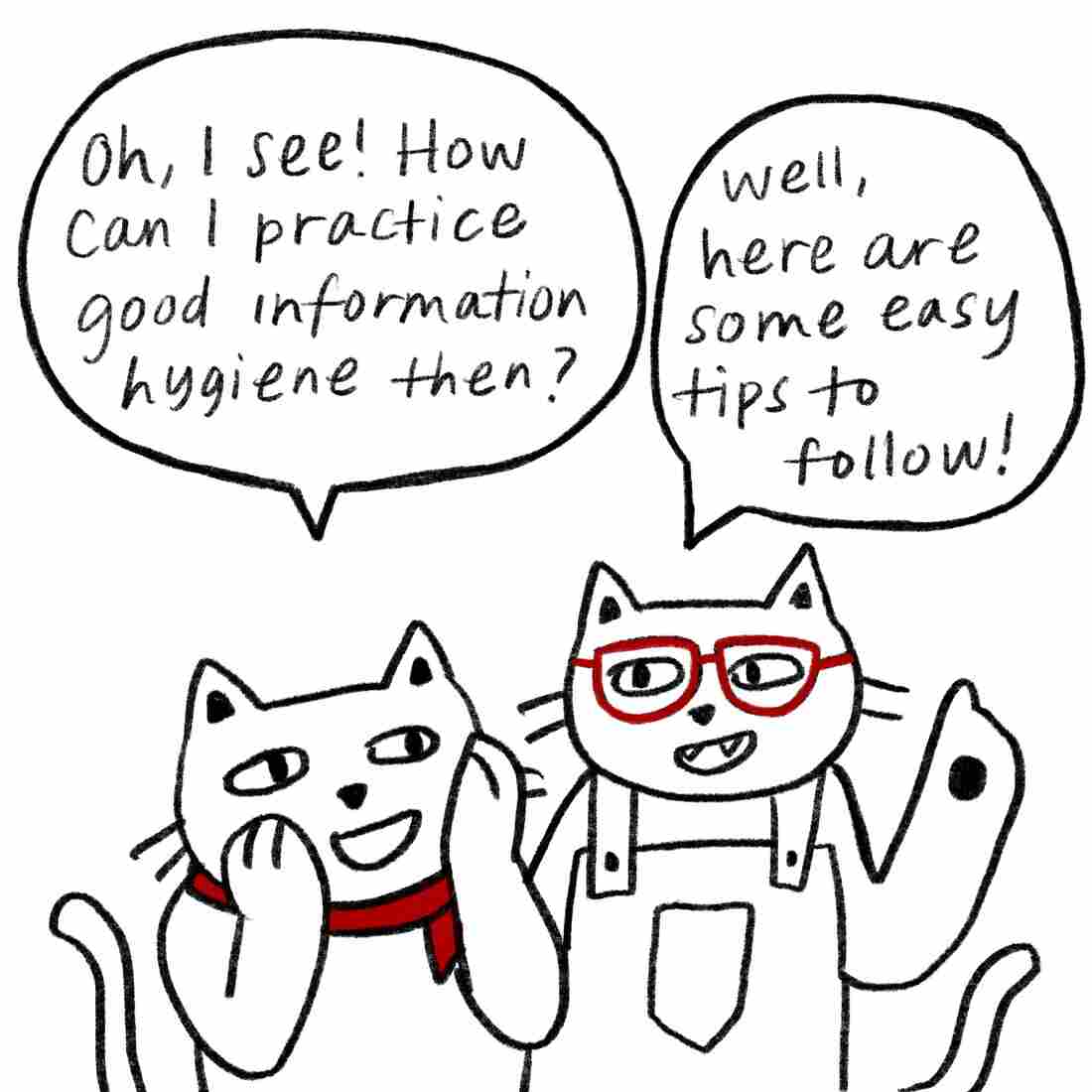 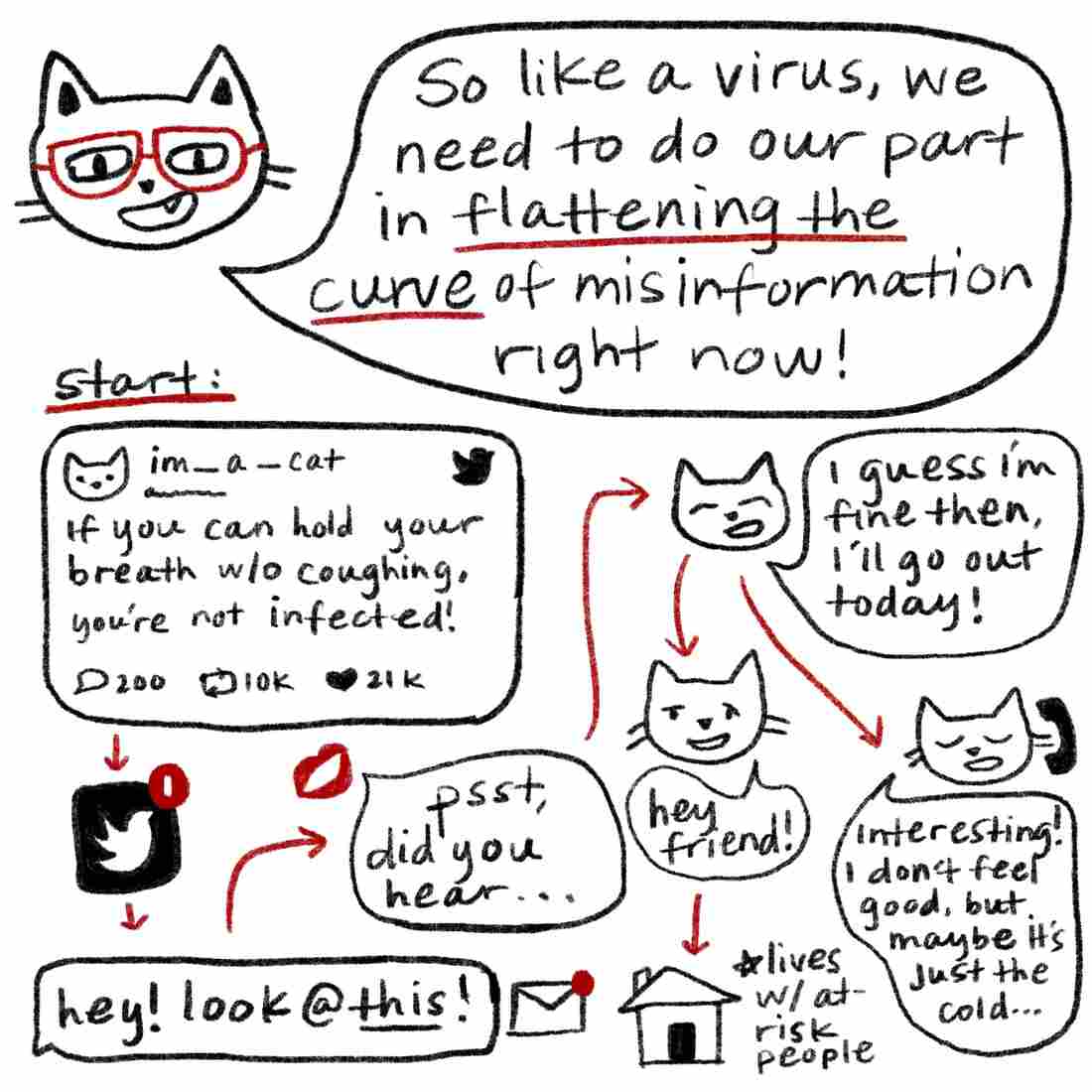 "So like a virus, we need to do our part in flattening the curve of misinformation right now!" says Glasses Cat. Below is an example of how misinformation could spread to cause real world consequences. A tweet saying "if you can hold your breath without coughing, you're not infected" gets passed to several cats, one who decides to go outside and another who decides not to seek medical attention. Connie Hanzhang Jin/NPR hide caption 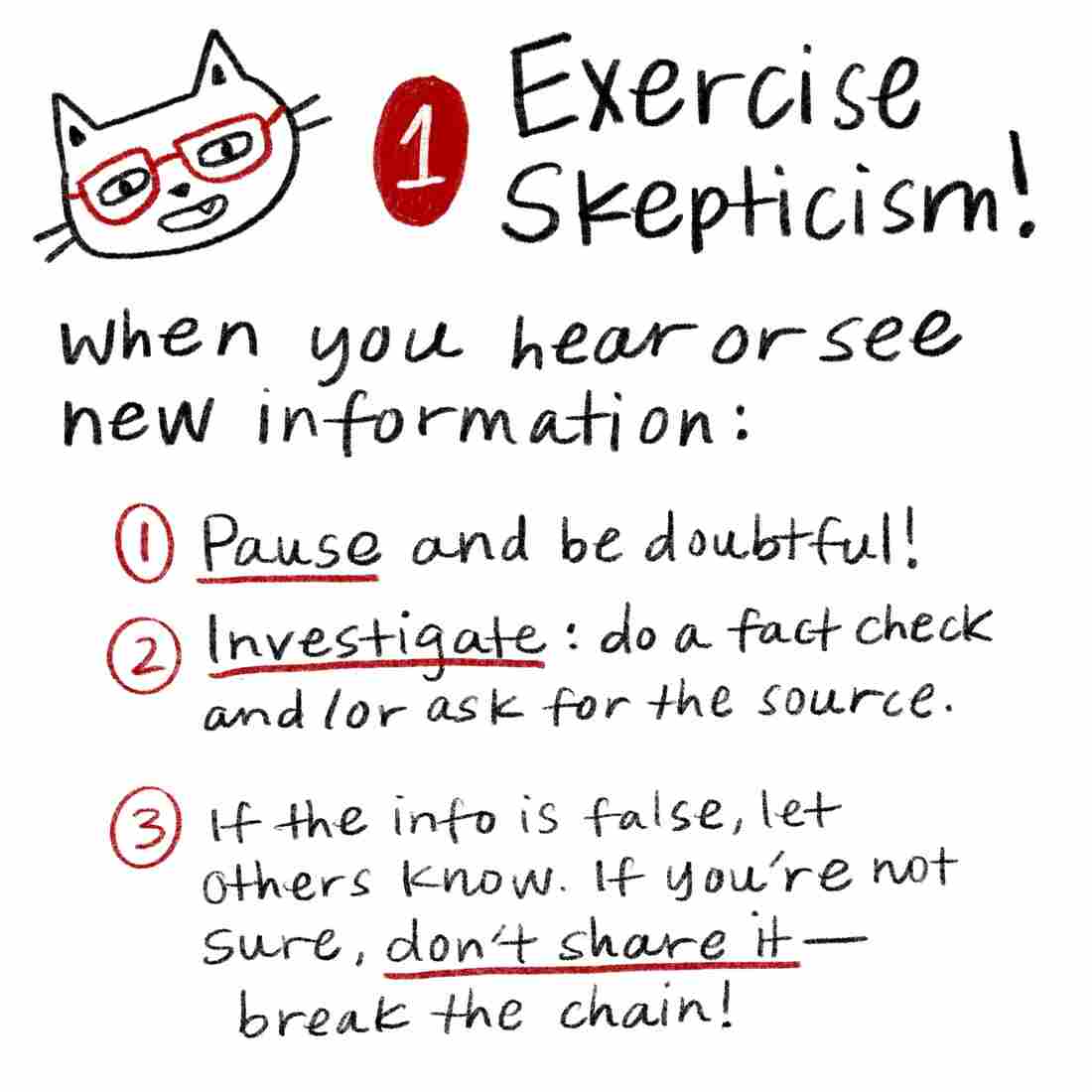 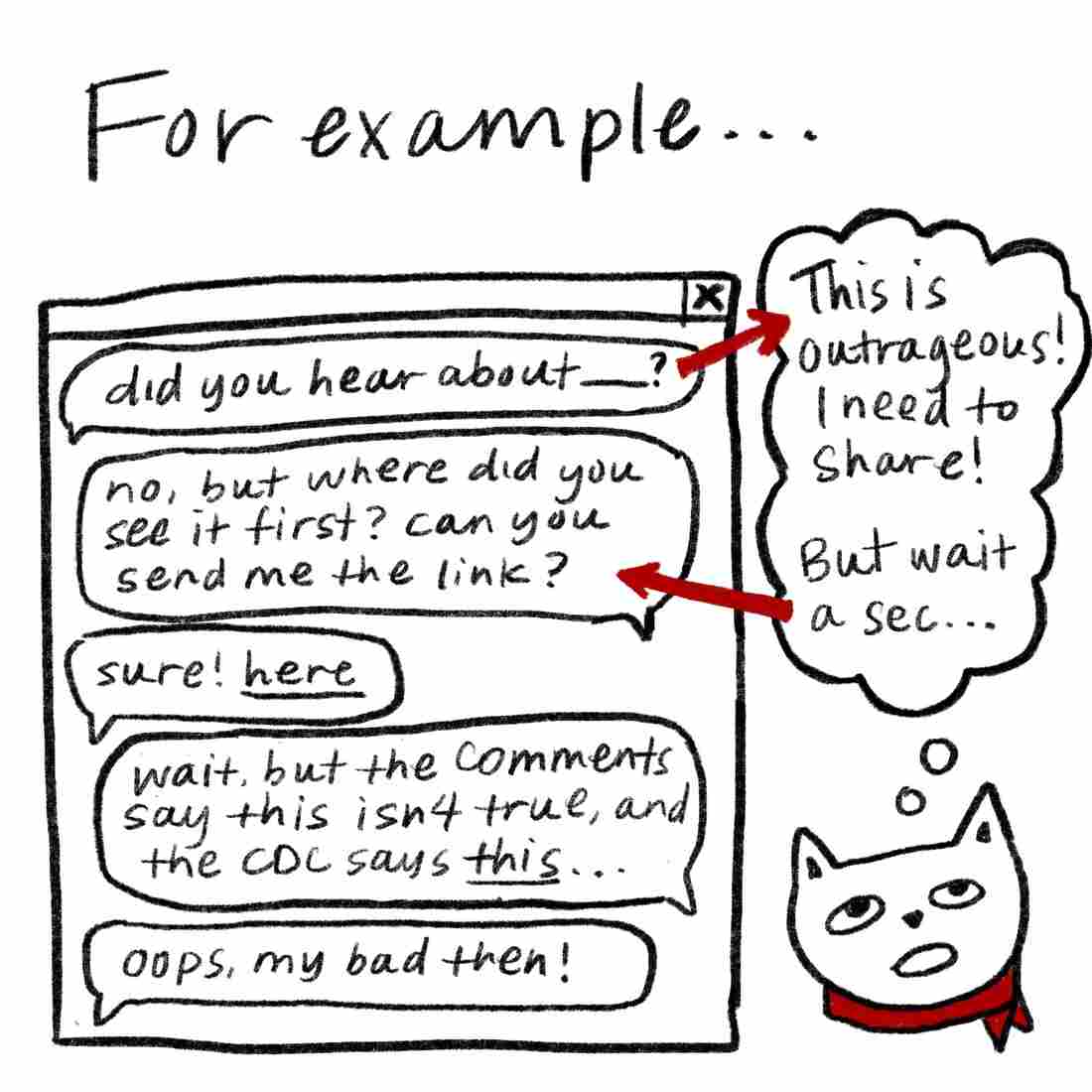 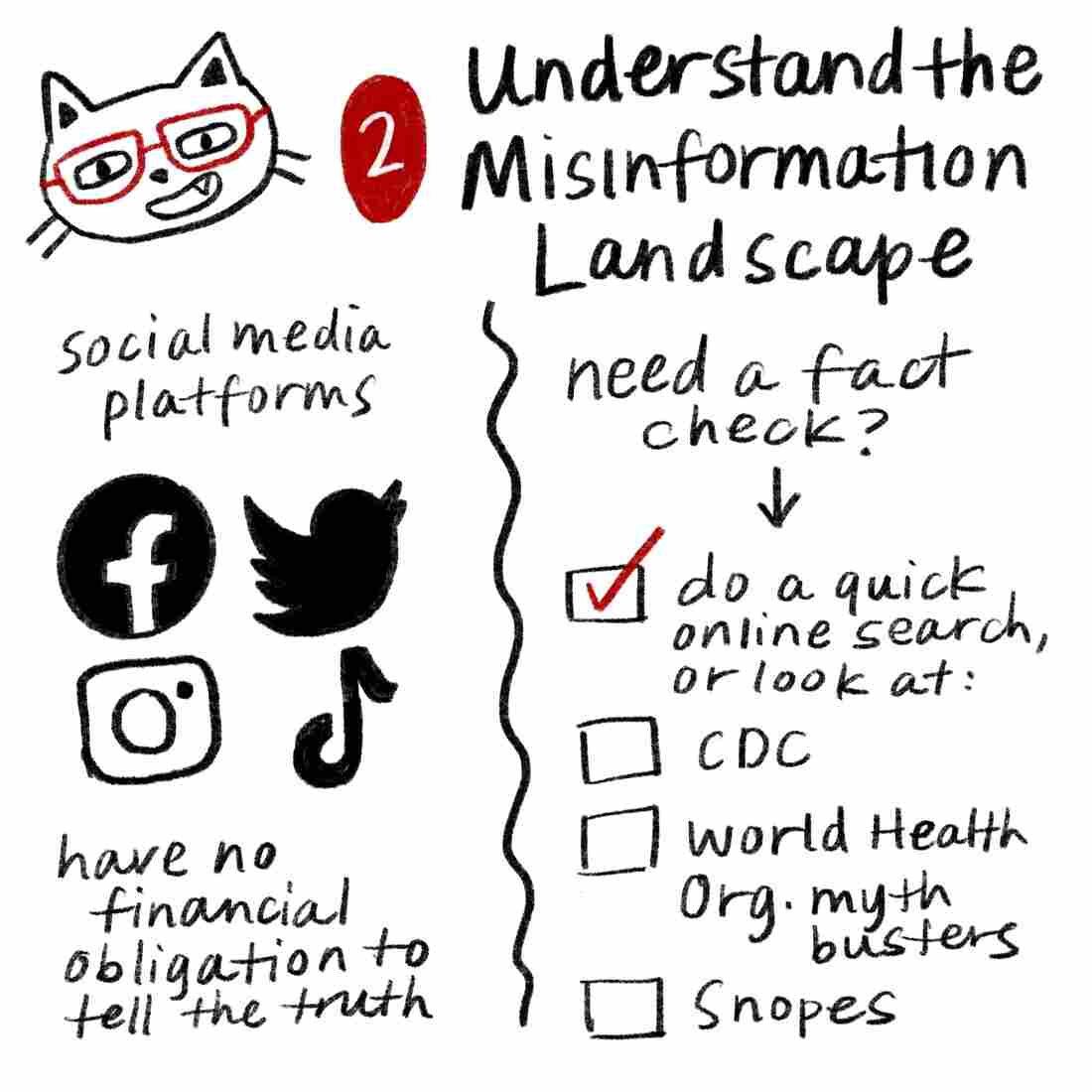 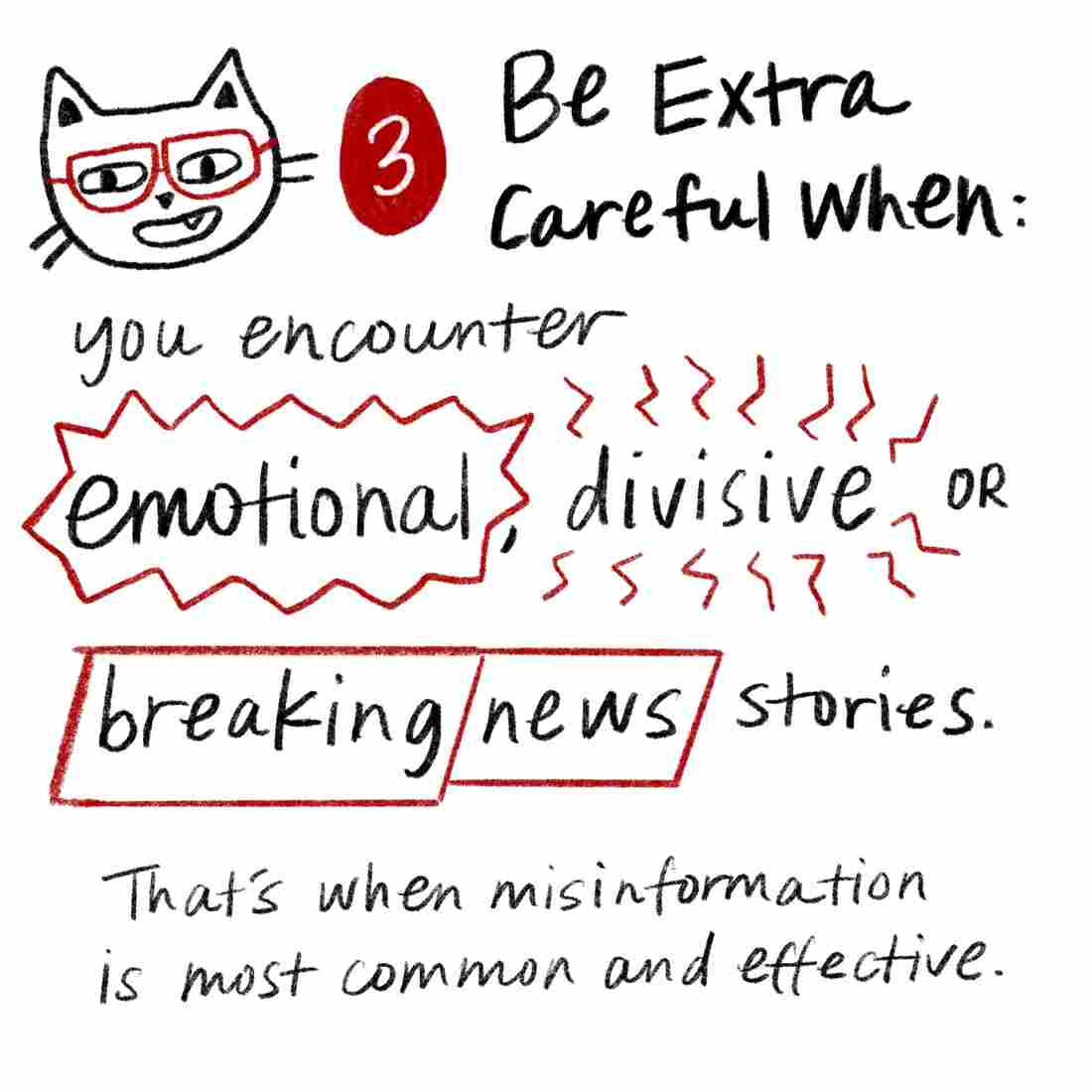 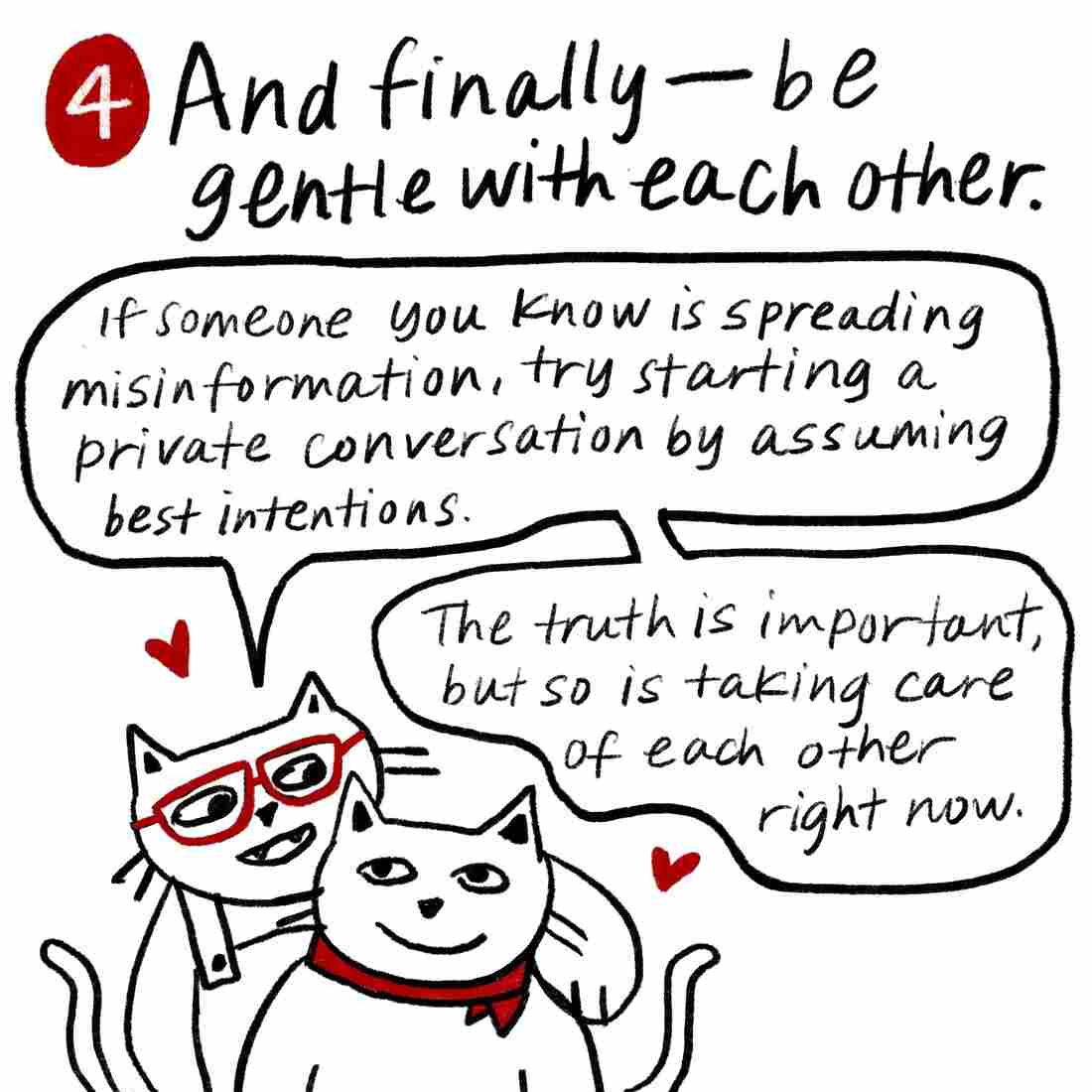 Just For Kids: A Comic Exploring The New Coronavirus