Accessibility links
How Drake Harnessed TikTok To Push 'Toosie Slide' To No. 1 Drake is now the first male artist with three No. 1 debuts on the Billboard Hot 100 chart. His most recent hit has raised the question of how TikTok is fueling chart success. 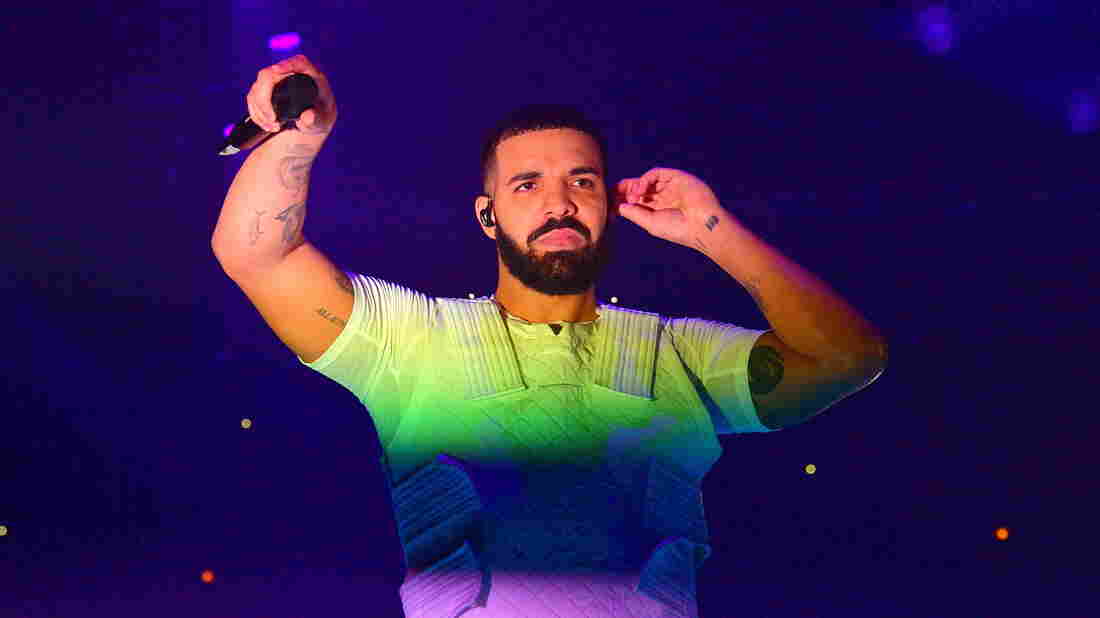 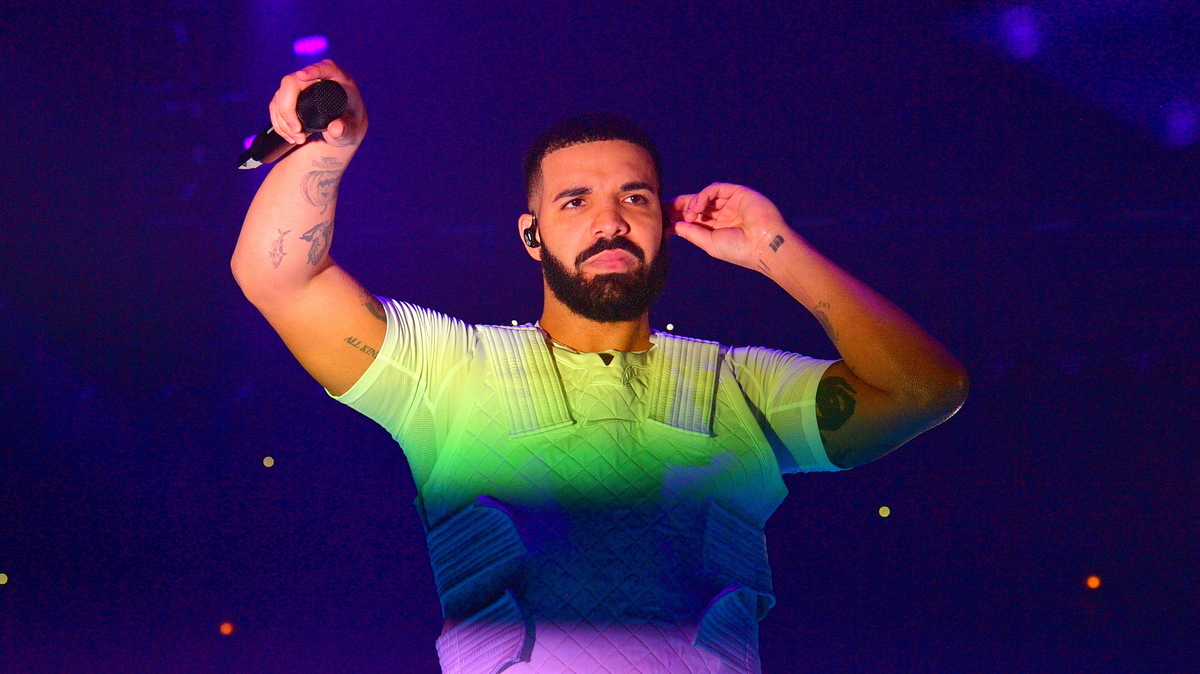 Drake's latest No. 1 single, "Toosie Slide" shot up the charts thanks in large part to TikTok users.

Earlier this week, Drake's latest single "Toosie Slide" debuted at No. 1 on the Billboard Hot 100 chart, making the Canadian rapper the first male artist — and second artist ever — in Billboard history to have three singles reach No. 1 upon release. But unlike the rapper's past No. 1 debuts, "God's Plan" and "Nice For What," this new chart-topper is a result of Drizzy's ability to harness social media in a new way.

A perfect storm of quarantine boredom and creativity has bred a boom in dance challenges online lately. Many of these challenges take shape and take off on TikTok, the bite-sized video sharing app. These challenges have also helped to propel their corresponding songs up the charts. While quarantined in his plush compound, the 6ix God took notice of this trend and decided to get ahead of it.

Before officially dropping "Toosie Slide" on April 3, the Toronto rapper shared the song in late March with Toosie, an Atlanta-based dancer. It was Toosie and his friends who created a custom-fit dance for the track. This is also how the song got its name.

Toosie shared his dance creation, along with a strategic leak of the song snippet, on social media and fans took the moves to TikTok immediately.

#ToosieSlide around the house 🕺🏾💨 @champagnepapi

"Considering his name holds so much weight, why not just kick off another challenge while everybody's just minding they own business in they living room?" Carl Lamarre, Hip-Hop Editor at Billboard, says. "We need something to do. We need to stay active."

This is not the first time a dance challenge has boosted a song on the charts. It's also not the first time a challenge has helped Drizzy score a No. 1 spot (his 2018 hit, "In My Feelings," inspired online comedian Shiggy to create a challenge that quickly caught on). It's not even the first time a TikTok challenge has helped a song's chart performance. From The Weeknd's "Blinding Lights" to Dua Lipa's "Don't Start Now," every song in the current Hot 100's Top 5 has a TikTok challenge associated with it and Lamarre notes that even "Savage," the latest single from Megan Thee Stallion, "shot up 70-plus spots" in the four weeks since it entered the Hot 100 thanks, in part, to TikTok.

But those TikTok challenges tend to be fan-created after the song's release. What Lamarre says makes this new No. 1 different is that the accompanying challenge was premeditated by the artist himself to ensure social media virality. "Timing is on his side," Lamarre says. "For Drake, I think it was a genius move for him to lock in and kind of pre-plan the whole process."

But does "Toosie Slide" have the staying power as some of Drake's past No. 1's?

"I don't think it'll supersede a 'In My Feelings' as far as the duration of how long it can maintain a No. 1 spot, but I do give it four to five weeks," Lamarre predicts. "Either way, the Boy, he's too hot!"