Accessibility links
Why House Cats Are God's Perfect Little Killing Machines They may look cute and fluffy, and they don't go far, but cats are deadly stalkers who rule concentrated areas of their neighborhoods.

The Killer At Home: House Cats Have More Impact On Local Wildlife Than Wild Predators

The Killer At Home: House Cats Have More Impact On Local Wildlife Than Wild Predators 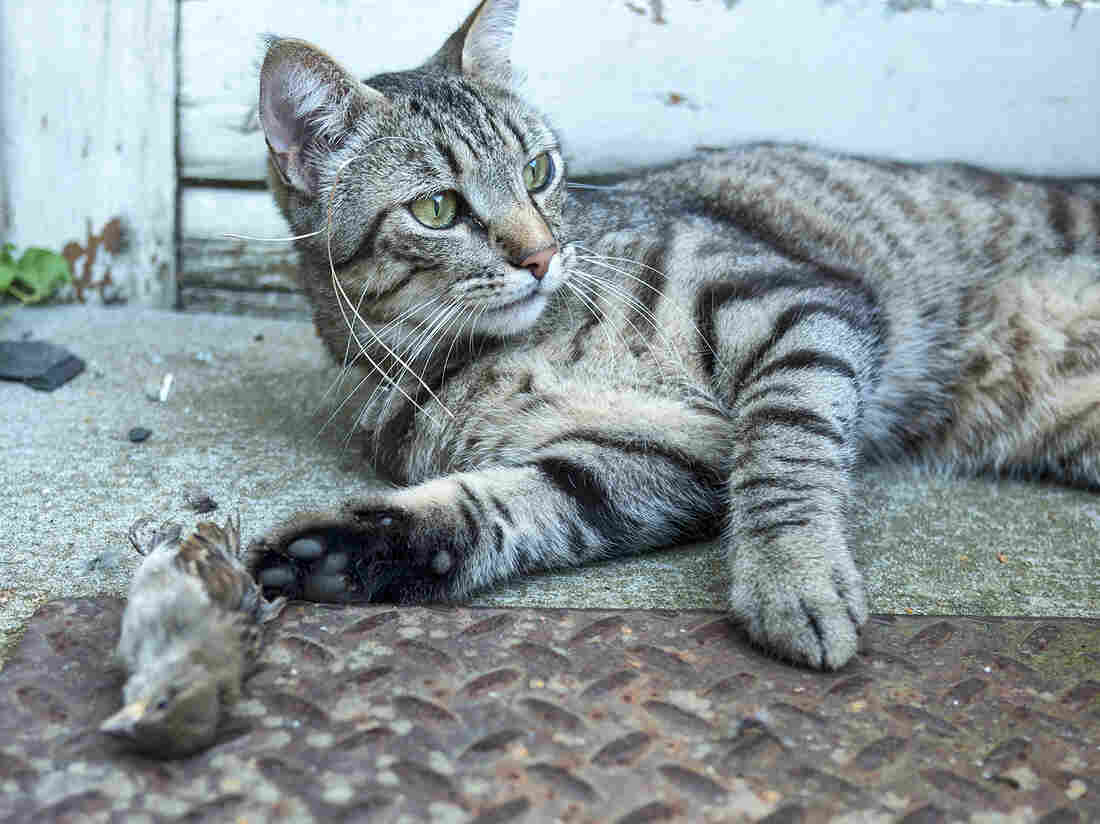 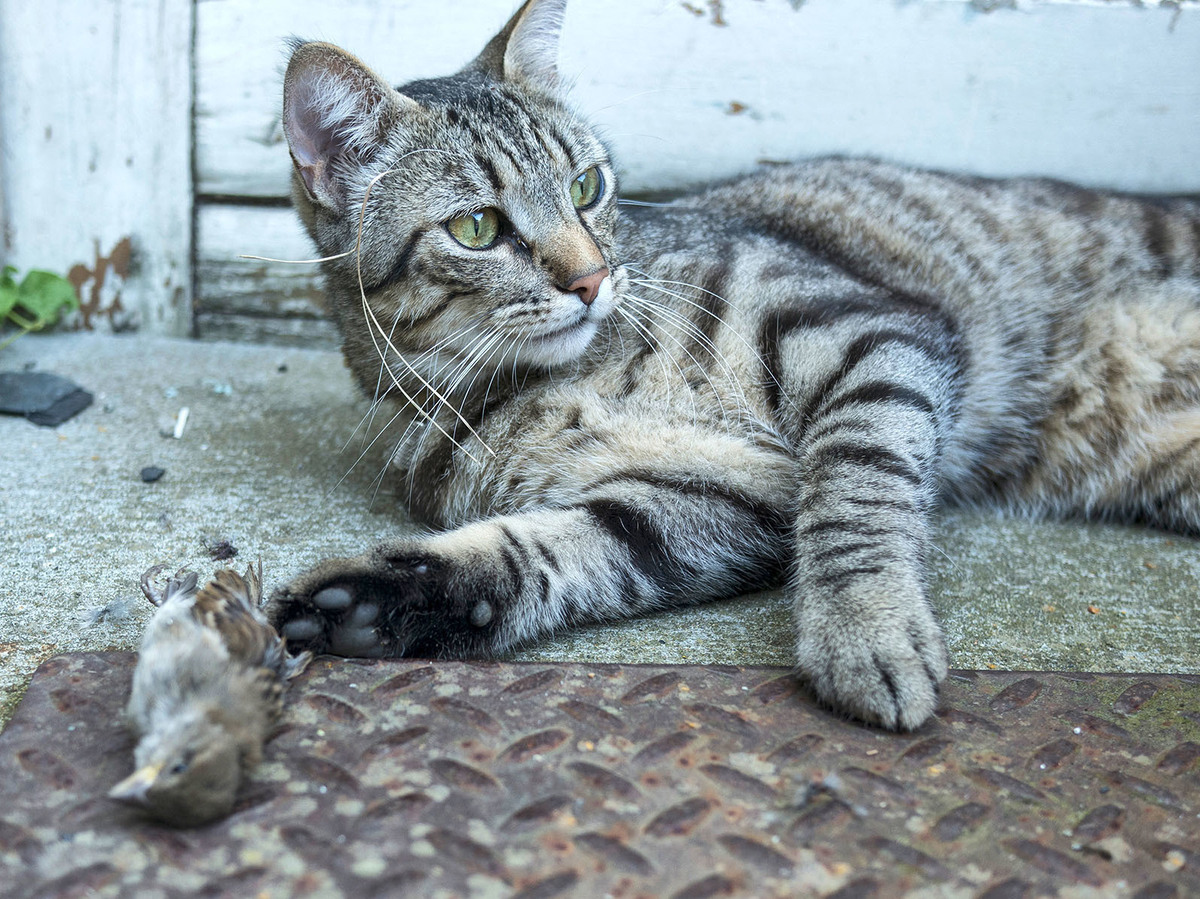 Cats who roam outdoors tend to stick close to home, having a big impact on local wildlife.

What does an outdoor cat do all day? According to new research, it could be taking a heavy toll on local wildlife.

A tracking study of more than 900 house cats shows when they kill small birds and mammals, their impact is concentrated in a small area, having a bigger effect than wild predators do.

"Even though it seems like their cat isn't killing that many, it really starts to add up," said Roland Kays, a scientist at North Carolina State University and the North Carolina Museum of Natural Sciences. (Full disclosure: Kays isn't a cat or dog person but a "ferret person.")

"These cats are moving around their own backyard and a couple of their neighbors' backyards, but most of them are not ranging very much further," Kays said. "So initially I thought: 'Oh, this is good news. They're not going out into the nature preserves.' "

Then Kays factored in how much cats kill in that small area. Some cats in the study were bringing home up to 11 dead birds, rodents or lizards a month, which doesn't include what they ate or didn't bring home to their owners.

"It actually ends up being a really intense rate of predation on any unfortunate prey species that's going to live near that cat's house," he said.

He calculates that cats can have four-to-10 times the impact of a wild predator. Native predators, like jungle cats, also kill a lot of small animals, but their impact is spread out over a larger area.

"The big concern is where we have an overlap of people and cats with native species that are small and vulnerable," Kays said.

One study estimates that house cats, both domestic and feral, kill billions of birds every year.

"The simplest thing to do is to keep your cat indoors," he said.

For those who refuse to keep their cat inside, there are potential options.

St. Lawrence University associate professor Susan Willson went looking for one when she rescued a cat known as "the Gorilla." He was fighting with her other cats, but when she let him outdoors, he brought home dead birds.

"I'm a bird biologist, so that's just horrifying," she said.

Willson tried putting a bell on her cat but didn't see any effect. So she found a special brightly colored collar online.

"It looks kind of like an Elizabethan collar-slash-scrunchie," she said. "The whole idea is that the bird will be able to visually see this cat creeping up on it before it attacks it."

Willson tested the collar on both her cat and dozens of others. It dramatically reduced the number of birds the cats brought home, but small rodents weren't so lucky.

"Which isn't surprising, because [those] mammals see in black and white," she said. "They're not as visual as a bird."

Still, she says a pounce deterrent may be better than nothing.

"I'm not saying these collars can make a significant difference in the massive bird mortality that we're seeing," she said. "But each individual bird that somebody in their backyard is not finding dead, I think matters."

Since the study, Willson's cat has given up its free-ranging ways.

"Gorilla is now a happy indoor cat, loving his life," she says.