Accessibility links
Protesters Want States To Reopen The Economy Ending Anti-Coronavirus Closures Some businesses and activists want to end prolonged closures that were imposed to block the spread of the coronavirus. Health experts warn a premature opening could create another surge of the virus.

Across America, Frustrated Protesters Rally To Reopen The Economy

Across America, Frustrated Protesters Rally To Reopen The Economy 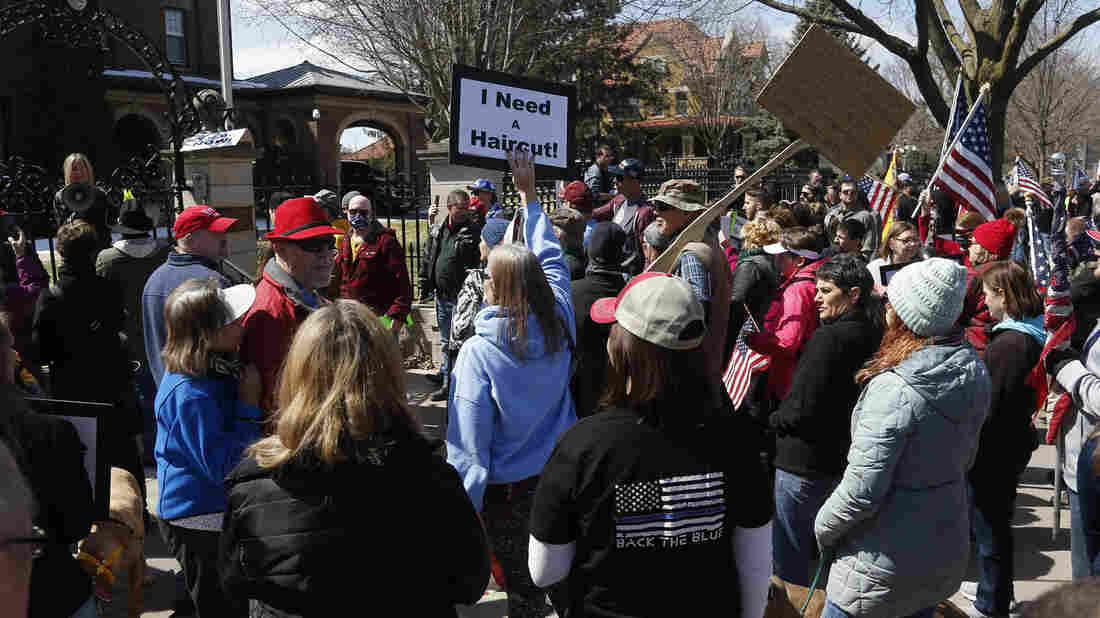 Protesters gather outside Minnesota Gov. Tim Walz's official residence in St. Paul on Friday, calling for him to loosen stay-at-home restrictions imposed because of the coronavirus. Jim Mone/AP hide caption 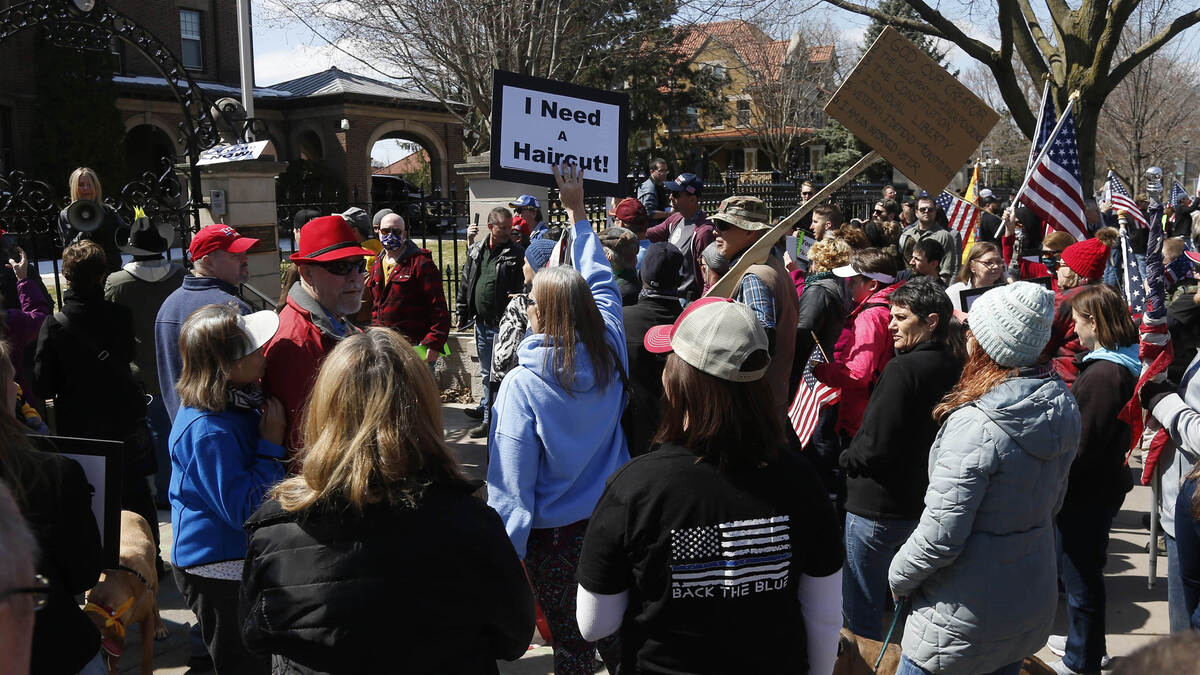 Protesters gather outside Minnesota Gov. Tim Walz's official residence in St. Paul on Friday, calling for him to loosen stay-at-home restrictions imposed because of the coronavirus.

Utah is one of only a few states without statewide COVID-19 restrictions. Still, Eric Moutsos, a former police officer who now works in solar energy, says the economy has ground to a halt anyway.

He says in his business, sales have virtually stopped. Also, projects that are in the pipeline are stalled because cities in the region aren't sending out inspectors or issuing many permits.

"All of those jobs have completely stopped business to where we can't be paid now," Moutsos says.

Moutsos says he feels for the people who are sick or have died from COVID-19. But he worries that if these closures last much longer, there will be far worse economic and health problems in the months and years to come.

"In my opinion, not being able to provide for your family is a hundred times bigger health crisis than any virus," Moutsos says.

Moutsos and an ad hoc Facebook group he helped form called Utah Business Revival are planning to hold a protest Saturday afternoon in downtown Salt Lake City to call on city and regional leaders to "reopen the economy" in a responsible way.

The event will mark the latest to have popped up in recent days from Minnesota to Oregon at which attendees have called into question the legality of statewide social distancing measures. Critics of these events, where protesters are often seen flouting social distancing regulations and not wearing masks, say President Trump has added to the confusion. The president initially said he was leaving the decision on whether states should reopen largely to governors, but on Friday, he tweeted his support for far-right-backed protests in important election battleground states like Minnesota.

In Utah, a persistent worry for Eric Moutsos is that the various stay-at-home orders are an excuse for government intrusion into people's lives.

A similar argument is being made by more far-right groups and militias, some of whom were expected to join the Salt Lake-area protest. Also this week, reopen-America-styled protests were planned for central Oregon and took place in Minnesota and Michigan, where traffic was blocked.

The nascent movement has drawn early comparisons to the emergence of the Tea Party movement during the Obama administration, though it's yet unclear just how big this latest one is or how many actual business owners are taking part.

At a protest this week in St. George, Utah, Kate Dalley, a local conservative talk radio host questioned whether COVID-19 is even a problem.

"Why ruin our lives to keep us safe?" Dalley said on her Facebook livestream. "Give me a three-day virus, I'm totally cool with that, just don't ruin my life to do it."

Like in many largely rural regions, there are not that many reported infections in southern Utah.

But health officials worry that a premature opening could make all of the problems — economic and health — even worse.

"Because the concern is if you do it too soon, cases will start going up and then you've got to shut it all down again," says Rob Davidson, an emergency room physician in rural Michigan.

Davidson says there still isn't enough testing capacity to reopen large parts of the economy in many states. He says the rate of infections may also be lower because, like in cities, the bulk of rural Americans have been adhering to the strict distancing orders.

Davidson is often the only ER physician working in his small rural hospital with 25 beds and one respiratory therapist.

"My great fear is we use this data incorrectly. We assume that we're in better shape than we are and we reopen too quickly," he says.

And then, he says, community spread could happen in his town, which would likely overwhelm his hospital and those around it.

In an earlier version of this story, Eric Moutsos' last name was incorrectly spelled as Moustos.