Accessibility links
Former Treasury Secretary Paul O'Neill Dies At 84 O'Neill served in the Bush administration in 2001 and 2002 but was fired after opposing tax cuts. He later collaborated on a book critical of the administration. 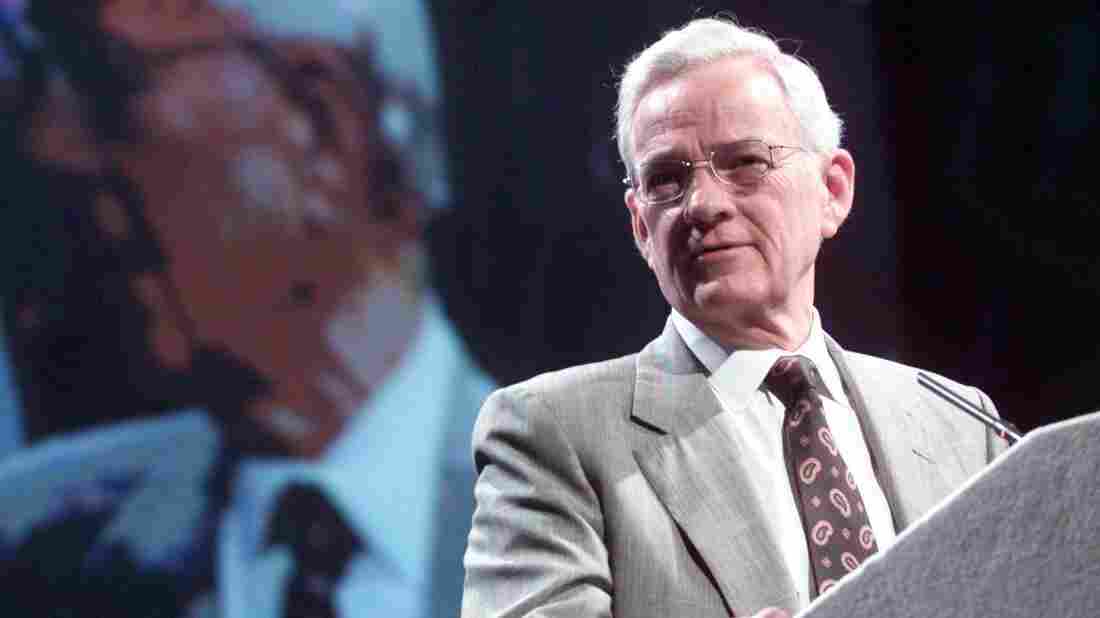 Treasury Secretary Paul O'Neill addresses a development bank meeting in Honolulu, Hawaii, in May, 2001. O'Neill died Saturday after battling cancer. He was known for his leadership in the corporate world and independence in the Bush administration. George F. Lee/AFP via Getty Images hide caption 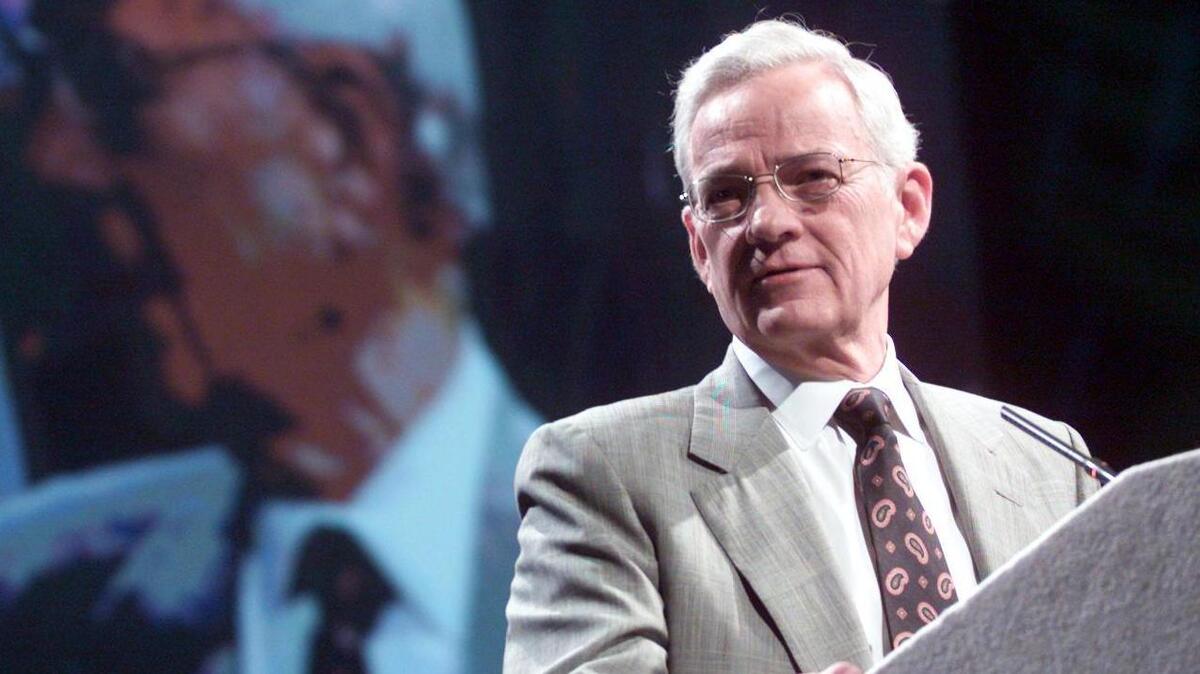 Treasury Secretary Paul O'Neill addresses a development bank meeting in Honolulu, Hawaii, in May, 2001. O'Neill died Saturday after battling cancer. He was known for his leadership in the corporate world and independence in the Bush administration.

Former Treasury Secretary Paul O'Neill, whose success as the CEO of aluminum maker Alcoa propelled him to what became a tumultuous tenure as Treasury secretary to President George W. Bush, died Saturday at age 84.

His son Paul O'Neill Jr. confirmed that O'Neill died at home in Pittsburgh after battling lung cancer. His death was not related to the coronavirus.

O'Neill came to lead the Treasury after more than a decade at Alcoa. He oversaw higher profits and improved worker safety during his tenure. He was used to calling his own shots and preferred pragmatism to ideology.

"I like to say what I think, especially on subjects I've spent a few decades thinking through," O'Neill told Bush at an early meeting about taking the Treasury post. "In Washington, these days, that might make me a dangerous man."

The conversation was relayed in The Price of Loyalty: George W. Bush, the White House, and the Education of Paul O'Neill, a 2004 book that author Ron Suskind described as "an experiment in transparency." O'Neill was the chief source of the book and provided Suskind with 19,000 documents from his time in the administration.

It made waves for O'Neill asserting that Bush had intentions to invade Iraq as soon as he took office, months before the Sept. 11 attacks.

"I was, frankly, surprised that Iraq was suddenly what I considered to be, from my own engagement, the highest priority, because there were a lot of other things going on in the world, including the continuing 50-year struggle in the Middle East," O'Neill told NPR's Fresh Air in 2004.

O'Neill said the evidence he saw about the presence of weapons of mass destruction "didn't meet my standard of concrete evidence."

O'Neill was fired from the administration in December 2002 after he opposed a new round of tax cuts in the summer and fall of that year. He said the economy was growing sufficiently and he worried about the cost of the likely war in Iraq and a possible second large terrorist attack. He also wanted "fiscal flexibility" for reforming Social Security.

"After the [midterm] elections in 2002, it was clear that my arguments weren't winning arguments anymore," he said in 2004. "I have a hunger for explicitness in formulating policy, and I didn't find that," he added.

Born in St. Louis in 1935, O'Neill had a long career bouncing between the private sector and government. He first worked for the government as a computer systems analyst at the Veterans Administration from 1961 to 1966, before joining what is now the Office of Management and Budget in 1967. He became the OMB's deputy director from 1974 to 1977.

With the end of the Ford administration in 1977, O'Neill left government and joined the International Paper Company as a vice president. He served as the company's president from 1985 until 1987.

O'Neill made his biggest mark in the corporate world at Alcoa, where he was chairman and CEO from 1987 to 1999.

He started his tenure at the company with a focus on worker safety. Accidents happen in a workplace with hot metal and industrial machinery, but O'Neill believed that "it's not OK if anyone ever gets hurt at work," his son said.

For 1998, the company reported an 85% reduction in its rate of lost workdays caused by injuries from when O'Neill started in 1987.

After leaving the Bush administration, O'Neill returned to Pittsburgh and worked with the Pittsburgh Regional Health Initiative, which he helped form in 1997. The group of area medical and business leaders studies ways to improve health outcomes for patients.

He founded the health care consulting firm Value Capture in 2005, which works with health care providers to improve patient safety and lower costs.

O'Neill's approach to leadership involved "leading with values, leading from facts," his son said, adding that O'Neill "used this values-based approach to everything he did."

And he listened to people with different ideas.

"I believe in inclusiveness in policy issues," O'Neill told Fresh Air in 2004.

"I like ... the idea of including the smartest people on every issue, no matter what their polarity is, because it's a way of sharpening your own thinking. And so I'm an includer."