Accessibility links
Amid Pandemic, Italian Prosecutors Warn That Mafia Groups Are Cementing Their Power Organized crime will exploit growing desperation, warns a prosecutor: "The mafias always gravitate toward money, and they're constantly trying to improve their image in the eyes of ordinary citizens."

Listen · 4:05 4:05
Amid Pandemic, Italian Prosecutors Warn That Mafia Groups Are Cementing Their Power 4:05 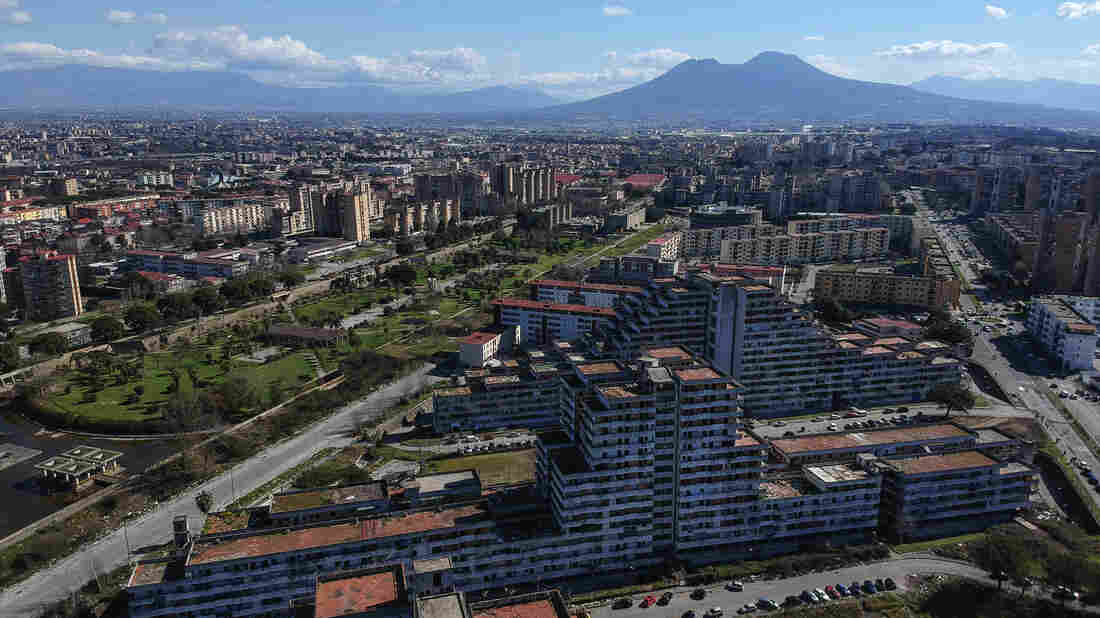 A view of the Neapolitan suburb of Scampia, notorious for drug wars and battles between rival Camorra mafia factions. KONTROLAB/KONTROLAB/LightRocket via Getty hide caption 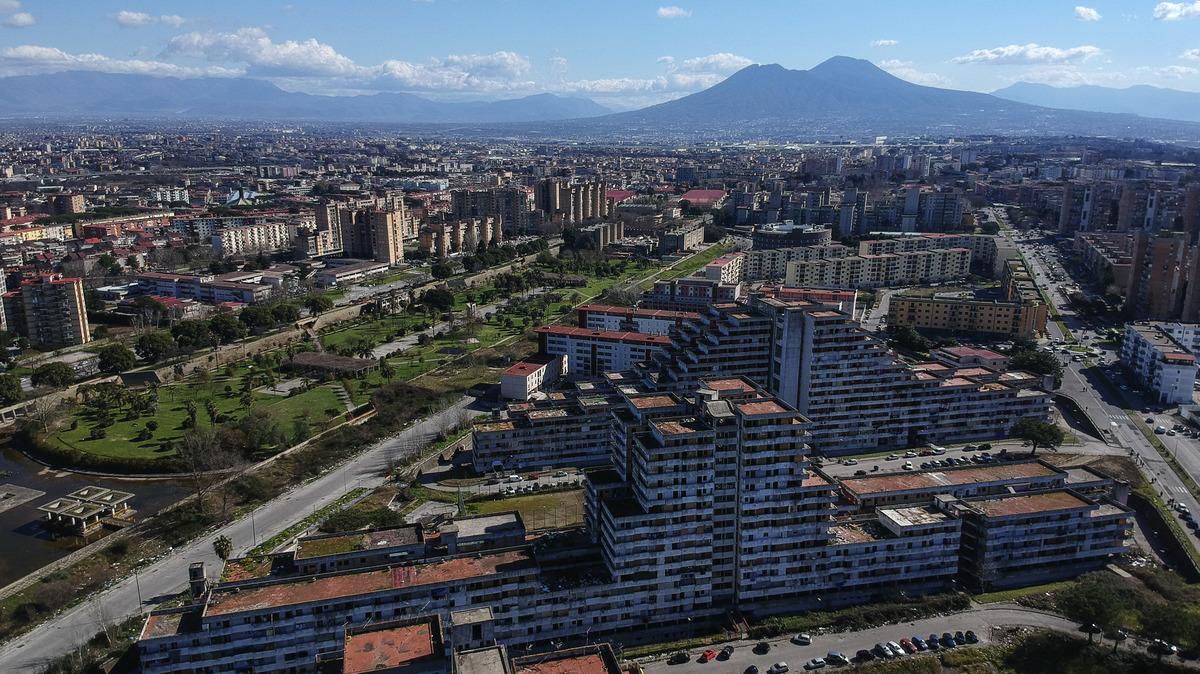 A view of the Neapolitan suburb of Scampia, notorious for drug wars and battles between rival Camorra mafia factions.

Soon after the coronavirus hit Italy, a parody video of the Naples mafia, the Camorra, went viral, showing a bunch of guys with shaved heads meeting in an empty lot to make a deal.

"I got a new business in my hands," one says.

"100% pure," another thug marvels, unwrapping a packet and taking a sniff. "But what about cocaine?"

"Who gives a s*** about cocaine?" the first thug says. The new commodity — hand sanitizer — is "transparent gold."

Six weeks later, Italians are not laughing. As they mourn a spiraling number of dead, nearly the entire economy is shut down. Hardest hit are the estimated 3.5 million people who work off the books, mostly in the south, in agriculture and construction.

A report by Europol, the European Union police agency, warns that "the pandemic has opened up a business opportunity for predatory criminals" in counterfeit masks, pharmaceuticals and fake coronavirus tests.

In Italy, prosecutors warn that mafia groups are aiming higher — using the pandemic to cement their power.

As Italian families run out of cash, there have been incidents of social unrest. A phone video shared on social media shows a man and his mother beating on a bank's doors in the southern city of Bari, screaming, "We have no more money!"

"The mafias always gravitate toward money," he says, "and they're constantly trying to improve their image in the eyes of ordinary citizens."

"The mafia boss presents himself as a benefactor," he says. "By providing a guy with 300 euros' worth of groceries, he makes sure that at the next election, the guy and his whole family will vote the way the mafioso wants them to."

And with immense quantities of capital, organized crime can pump cash into businesses on the brink of bankruptcy, swallow them up and use them to launder profits from drugs and trafficking.

The government has earmarked up to $380 billion in emergency aid for businesses — but with Italy's notorious red tape, funds could come too late.

Italy is not the only country at risk. Mafia groups — particularly the powerful and brutal 'Ndrangheta, based in Calabria — have spread throughout Europe.

Magistrates stress that organized crime is adept in taking advantage of crises and sudden historical changes. They tell the tale of a wiretapped call the day after the Berlin Wall fell, in which a mafioso in Sicily told his Berlin contact to rush to the East and buy everything possible — restaurants, apartments, hotels, whatever.

Enzo Ciconte, a professor at Pavia University and expert on the 'Ndrangheta, says other European economies are more vulnerable to criminal infiltration than Italy's.

"Because they have no perception of the danger," he explains, "and therefore don't have suitable legislation like our law that makes mafia association a crime in itself."

"It'll be the mob's white-collar financial consultant who sees a good deal to get access to the legitimate business owner's bank account," he says. "This way, they control the economy."

Magistrates also talk about a more recent wiretapped call: "In our business, we no longer need to know how to shoot," one boss tells another, "just how to move our index finger on a computer keyboard."