Accessibility links
Ed Helms It's Ed Helms, everyone! Helms got his start as a correspondent on The Daily Show with Jon Stewart. Then he was on the Office. Then, a little old movie called The Hangover. Ed Helms joins to chat about how all those projects changed his life. Plus: his latest role as a Detroit Police officer in the buddy cop comedy Coffee & Kareem. 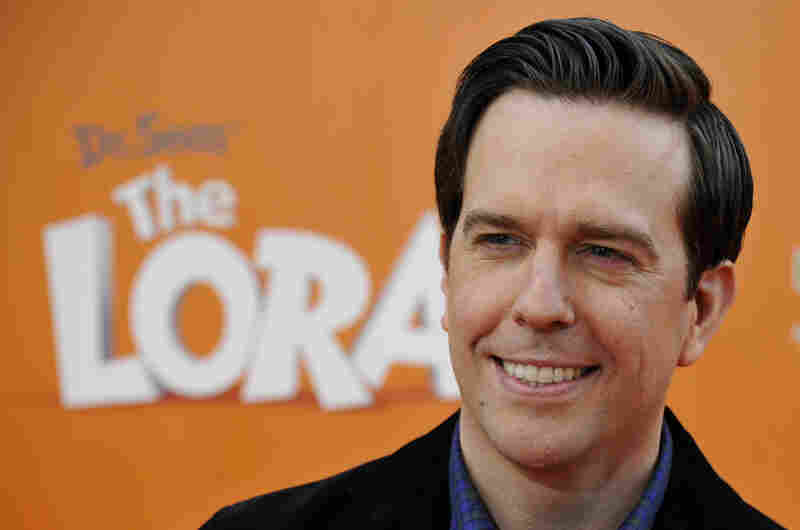 Ed Helms on life after The Hangover franchise, and his new film Coffee & Kareem

Ed Helms got his start as a correspondent on The Daily Show with Jon Stewart. During his run there he also booked a gig on The Office. For seven seasons he played the awkward but lovable Andy Bernard. An insecure Dunder-Mifflin paper salesman prone to occasional rage and acapella singing.

But his breakout role was The Hangover. You probably know the movie – a group of guys take a trip to Las Vegas for a wild bachelor party. They wake up with a hangover and no memory about what happened the night before as they stumble around Vegas trying to piece together the details.The movie was a smash hit. It spawned two sequels.The franchise turned Ed Helms into a movie star.

His latest role can be seen on Netflix's Coffee & Kareem. It's an action comedy with a sweet side. In it, he portrays a Detroit cop named James Coffee. Coffee isn't really good at his job. He doesn't get a lot of respect at the precinct – in fact, he let a big time criminal go. But then, he's thrust into action: Coffee has rescue his girlfriend and her twelve-year-old son Kareem after the boy witnesses a murder.

Ed Helms joins to chat about The Hangover trilogy, and how it changed his life. Plus, he'll chat about his latest role in the buddy cop comedy Coffee & Kareem. Ed's been spending a lot of time at home. How does he pass the time? The answer might surprise you!