Accessibility links
Spring YA Fiction Roundup These three young adult novels center on girls pushed to their limits, figuring out what they're willing to do to survive, be remembered and protect what they love.

For Spring, 3 YA Tales Of Girls On The Edge

For Spring, 3 YA Tales Of Girls On The Edge 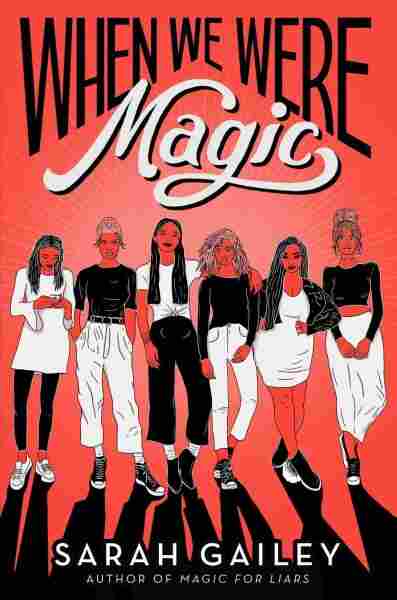 When We Were Magic

Title
When We Were Magic
Author
Sarah Gailey

Girls are pushed to their limits and have to decide how far they are willing to go to survive, be remembered and protect what they love in these three spring young adult releases.

You know you're in for something a little different when a YA novel begins with an exploding penis.

Alexis and her tight group of best friends have a secret: They're magic. Wild and unpredictable, their magic surges out of them and combines to make them way more powerful than they can really handle. Then, one night, Alexis makes a bad choice which results in a very dead teenage boy. Terrified of having their abilities revealed, the girls must work together to put things right — or at the very least, cover things up, straining the bonds of friendship and magic to the breaking point.

Magic powers are usually the purview of fantastic fiction, but When We Were Magic isn't really all that interested in the fantastical. It also has all the trappings of a thriller, since it begins with a crime and a dead body. But instead of leaning on these genres, it occupies itself fully with the inner workings of teenage girls — their romances, their friendships, and the deepest conflicts of their hearts. All the magic and dismemberment never really feels like the point.

Are the relationships in this book healthy? I found myself asking this, but I'm not sure how useful a question it is. Maybe these magical bonds between impulsive and tempestuous girls are actually dangerous and troubling — but everything to do with feelings seems dangerous when you're in the thick of it.

When We Were Magic is bold and brash and wears its emotions on its sleeve, capturing the kind of complicated teen relationships that are so intense, they feel like magic. 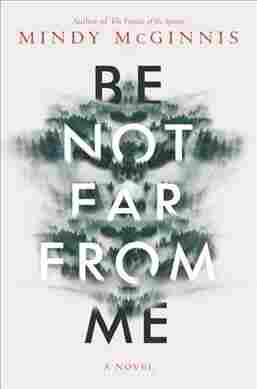 Be Not Far from Me

Title
Be Not Far from Me
Author
Mindy McGinnis

Ashley, the girl at the center of Be Not Far from Me, is the kind of girl who knows her way around the woods. When a camping trip with friends goes wrong and she finds herself lost in the wilderness with a mangled foot, she knows what she needs to do: Keep moving, no matter what. Because the red streaks creeping up her leg mean that she only has a few days to rescue herself, assuming something else doesn't kill her in the meantime.

Lost in the wild stories are inherently compelling. We're fascinated by what happens to a person when all the vestiges of humanity are stripped away and survival becomes the only goal. Ashley is a bundle of relatable teen angst, and as her options grow more and more grim, we become privy to her biggest hopes and regrets. But even when she's at her lowest moments, her competence and cleverness are so impressive that it's impossible not to cheer her on as she makes choices that would have been unthinkable when she was sitting around a campfire with her friends at the start of the story.

This is a slim, jaw-clenching look at a girl who's already been through a lot, facing down a world of pain and hardship — and deciding she will do whatever it takes to survive. 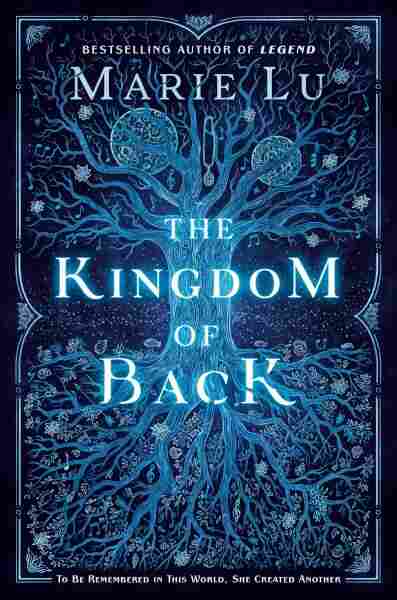 The Kingdom of Back

Title
The Kingdom of Back
Author
Marie Lu

Everyone knows about Wolfgang Amadeus Mozart, arguably the most famous composer in history. But not everyone remembers his older sister, Nannerl, who was also a musical prodigy and composer. As children, they toured the royal courts of Europe, playing for kings and queens. And in the quiet moments — the hours spent bumping along unpaved roads in a carriage — they made up their own magical world: The Kingdom of Back.

This historical fantasy imagines that this magical world was more than the fancy of two talented children. What if it was real? What if its enchantments spilled over into the compositions and lives of the Mozart siblings? At first, it seems like a beautiful dream, but the dream quickly warps into a nightmare that will haunt them for the rest of their lives.

This is a tantalizing historical detail to turn into the focus of a novel, and the richness and potential of the material is evident. The Mozart siblings are best friends and rivals, and Nannerl's burning desire to be remembered as an artist and not just a footnote is poignant, especially given that we know the outcome. This conflict, and the depiction of the Mozart family's travels and trials are all deeply compelling.

Slightly less compelling are the fantastical elements. The denizens of the magical Kingdom of Back feel like very basic fairy tale fare, and Nannerl's adventures there don't have the passion of the parts of the book that focus on her real-life struggles. In truth, the complex relationship between two brilliant siblings is enough to hang a story upon, and the moments where that shines through are the strongest.

Read an excerpt of The Kingdom of Back