Accessibility links
Trans Activist Jennifer Finney Boylan Recalls Her Past Life Through 'Seven Dogs' Boylan came out as trans when she was in her 40s. She describes her new book, Good Boy, as a "memoir of masculinity, kind of told the way an expatriate might speak of the country of their birth." 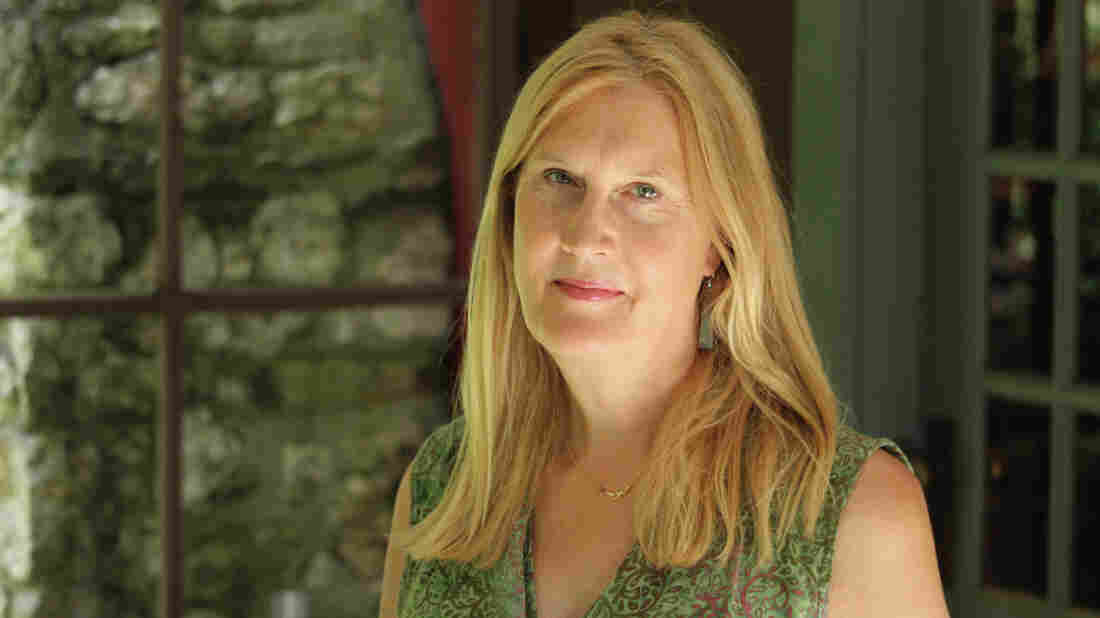 Jennifer Finney Boylan has written extensively about being a trans woman, including in the memoir, She's Not There: A Life in Two Genders. She co-chaired the board of directors of the LGBTQ rights group GLAAD from 2013 until 2017. Dan Haar/Celadon Books/Macmillan hide caption 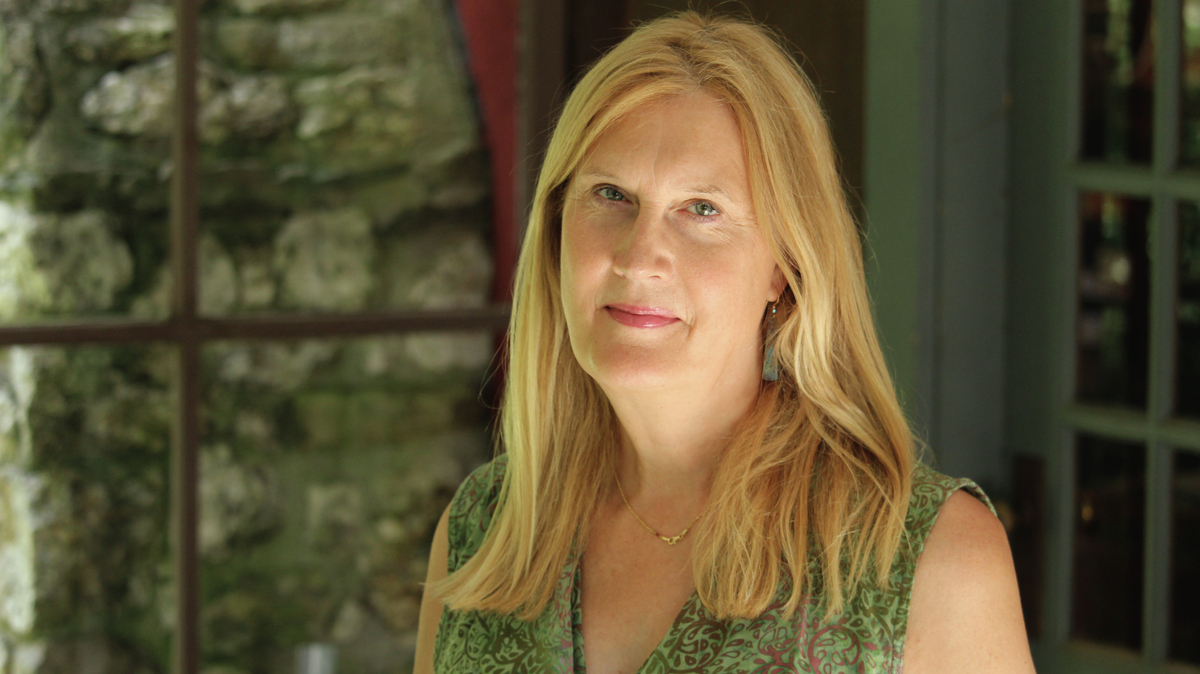 Jennifer Finney Boylan has written extensively about being a trans woman, including in the memoir, She's Not There: A Life in Two Genders. She co-chaired the board of directors of the LGBTQ rights group GLAAD from 2013 until 2017.

What does it mean to be a woman who had a boyhood? That's the question LGBTQ activist Jennifer Finney Boylan set out to explore her new memoir, Good Boy: My Life in Seven Dogs.

After Boylan came out as trans in her 40s, she felt estranged from her previous life. She describes her new book as a "memoir of masculinity, kind of told the way an expatriate might speak of the country of their birth."

Boylan acknowledges that some in the trans community might take issue with the notion that she had a "boyhood."

"There are many people who feel that they always were who they are, and to refer to an earlier part of your life differently is really disrespectful," she says. "But even though I respect that view, for me, ... I had this experience and it's an experience that I now struggle to connect to."

Boylan writes that when she was living as a boy, and then as a man, there were times when she found it impossible to express the thing that was in her heart. But she never had to hide what she felt for dogs. Her memoir is told through the lens of seven different dogs she loved throughout the years.

On her first dog 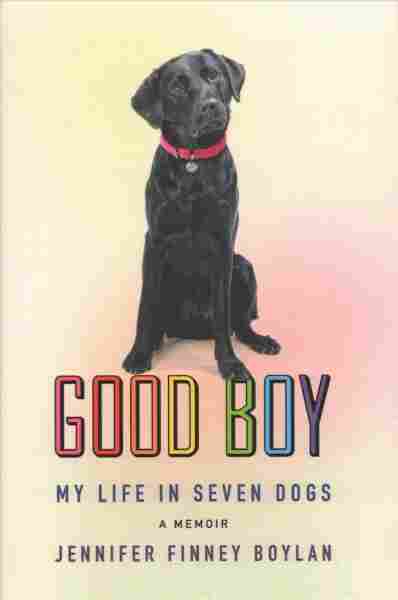 My Life in Seven Dogs

The first dog we had was this mulish, snarling, resentful Dalmatian who was named — and I can't believe we named the dog this — Playboy. ... Playboy would steal the Thanksgiving turkey off the table and chase after motorcycles and bite your friends. So, it was a difficult relationship. However, the one person in the world who loved Playboy without reservation — and the feeling was mutual — was my father. ... He would just get down on the floor and ask that question that has haunted me my entire life: "Who's a good boy? Who's a good boy?" And I remember being very jealous in some ways of that dog, because my father could love this horrible dog without condition, whereas for me, it was harder, because I didn't know who was a good boy, but I knew it wasn't me.

In those days, coming out as transgender was unknown territory, at least it was for me. I barely even had a word for the thing that I felt. And as much as I knew I wanted to live my true life, I also felt that if I lived that life, it would almost surely lead to a life of marginality, of violence. I just thought, I might well be killed, that there was no place in the world in which I could live. There is no place in the world for me to be. ...

On the process of coming out to her wife

It was not exactly one day. It was less of a decision than, like, an erosion, maybe. ... But I remember there was one day when a barrier came down at a railroad crossing and it was snowing. It was probably January of 2000. So it was the new millennium. I remember that it felt like we were in a new era. And I just watched the cars of the freight train going by and started kind of daydreaming and thinking that question: How long are you going to wait before you leave your actual life? Eventually, the barrier went up, the train disappeared down the tracks, but I was just sitting there in my car in this kind of daze until cars behind me started honking and wondering what was wrong with me. So that was the day I came home and I said to my wife, "I think I'm gonna get back into therapy." We talked a little bit about the gender question before that moment, but that was the moment that I thought, I cannot keep living a life in which I'm not really myself.

On her wife's reaction

She's a social worker, so her first reaction was, "Good! Therapy's a good thing." She wanted me to be happy, but she also felt, once it became clear that transition was coming right ahead, that she had a dilemma where she had to think: I have to help the person that I love most in the world at this moment of their crisis. But in so doing, I might lose the person that I love. It's kind of an unsolvable dilemma. And, yet, here we are still together, after 32 years of marriage — 12 as husband and wife, and 20 as wife and wife.

I think to live in this culture means that you're constantly being influenced by what the culture wants you to be, and if you're a woman, it means you're supposed to be thin. You're supposed to care about how pretty you are. You're supposed to care about a lot of things that maybe you shouldn't care about as much as the culture says you ought. ... There's a way in which I felt: If I want to fit in, if I want to pass in the world, then this is all the junk that I have to do. And it took me a while before I realized, actually, no, you can fight against that stuff. You've gone to all this trouble to become female. Why would you become anything less than the person you want to be?

I'll simply say that when I came out as trans, my expectation was that people should be happy for me, and I knew it was asking a lot of people, but I still had the hope that people would understand that I was doing a difficult thing that was necessary that would enable me to survive in the world.

Later, when my own child came out as trans, I was surprised at how much I struggled, at least at first, with it. I suddenly had this insight into what I'd been asking other people, and including my own mother, to understand. In the end, I think I was glad for her, and I love my daughter and I'm really proud of her. But it's funny how I think having me as a parent didn't make my daughter's transition easier. In some ways and think it may have made it harder.

We have a lot of our dreams tied up in our children, and it is hard to understand the obvious, which is that your children aren't here to live your dreams. Your children are here to live theirs. When I came out to my own mother 20 years ago, she was 85. She was an evangelical Christian. She was a Republican, and I had a pretty good sense that my coming out as trans was not going to strike her as the greatest thing that had ever happened to her — and yet I came out to her. I told her the story and I started to cry. And she got up out of her chair and she put her arms around me and she said, "I would never turn my back on my child. I will always love you." And I said, "But, mom, won't it be a scandal when everyone finds out that I'm your daughter now?" And she said, "Well, quite frankly, yes, but I will adjust." And then she quoted First Corinthians and said, "The greatest of these is love." She said to me, "love will prevail," and in large measure, it has in my life. So in some ways what I'm trying to do for my own daughter is to follow the example that my own mother set for me and to allow love to prevail.

In some ways, the biggest change is not going from male to female. The biggest change is going from someone who has a secret to someone who doesn't have a secret. And if you have a secret that is as profound as the question of who you are, it's something that's going to eat at you all the time. So it used to be I'd wake up in the morning and I'd think, "OK, we're gonna do the guy thing again now." And now I wake up in the morning and I don't think about it. In a way, gender has become something I think about a whole lot less.

I think it's not just the difference to male and female, it's the difference between being young and being middle aged. So maybe I'm the wrong person to observe those changes, but I try to live my life with courage as best I can. I'll be honest and say that tears live very close to the surface now when they didn't used to. Maybe it's estrogen. Maybe it's simply being older. ... You live long enough, you end up with a lot of arrows in your side. Whatever the reason, it doesn't take much to get me weeping, and quite often weeping just because something wonderful has happened. So my emotions are definitely closer to the surface, but then everything is closer to the surface — and not only because of hormones, but because I'm living in the world with no secrets.