Accessibility links
Stream New Music From Bright Eyes, Jónsi, Nils Frahm And More : All Songs Considered This week's must-hear mix includes the long-awaited return of Jónsi and Bright Eyes, some quietude from pianist Nils Frahm and some great unknowns, including Ela MInus and Noveller.

Featured Songs And Artists:
1. Bright Eyes: "Forced Convalescence"
2. Jónsi: "Exhale"
3. Ela Minus: "they told us it was hard, but they were wrong" (Single)
4. Skullcrusher: "Places / Plans" (Single)
5. Nils Frahm: "A Shimmer" from Empty
6. Noveller: "Effektology" from Arrow 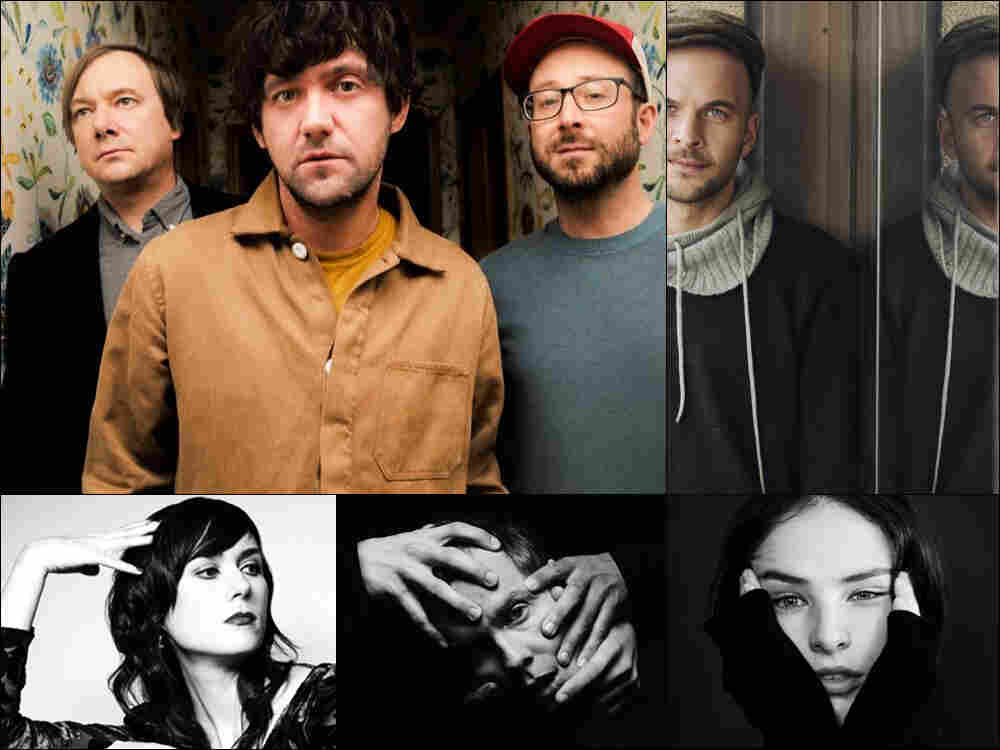 On this edition of All Songs Considered: some quietude, some great unknowns and two long-awaited songs from artists we've loved on this show from the beginning, Jónsi and Bright Eyes. Both have their first new music in nearly a decade.

Artists you likely don't yet know include Ela Minus, a synthesizer player from Colombia now based in New York City. She came to the U.S. to study at the Berklee College of Music, double-majoring in jazz drumming and synthesizer design. Skullcrusher is the music of LA-based songwriter Helen Ballentine. She said she wrote "Places/Plans" as an attempt to communicate the beauty and vulnerability of being alone and what it means to let someone else in to see that.

We also have some very peaceful sounds from pianist Nils Frahm and the guitarist known as Noveller, which I hope will bring some calm to the chaos of the day.

Note: This song by Jónsi is available to hear in the full version of All Songs Considered with the listen button at the top of the page.

3. Ela Minus: "they told us it was hard, but they were wrong" (Single)

5. Nils Frahm: "A Shimmer" from Empty