Accessibility links
Coronavirus Layoffs Landing Hard On Minorities So Far Black, Latino and Asian American workers have lost jobs at a faster clip than white employees from the massive layoffs sweeping through the restaurant, hotel and home health industries. 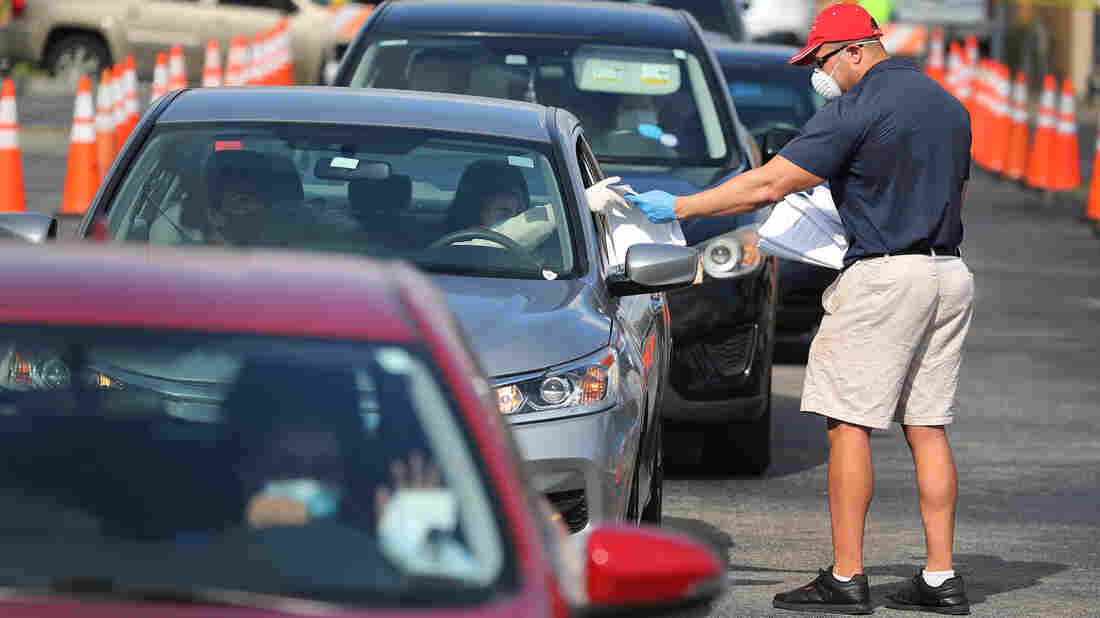 Miguel Diaz hands out unemployment applications to people in their vehicles on April 8 in Hialeah, Fla. Black, Latino and Asian American workers have lost jobs at a faster clip than white employees during the coronavirus pandemic. Joe Raedle/Getty Images hide caption 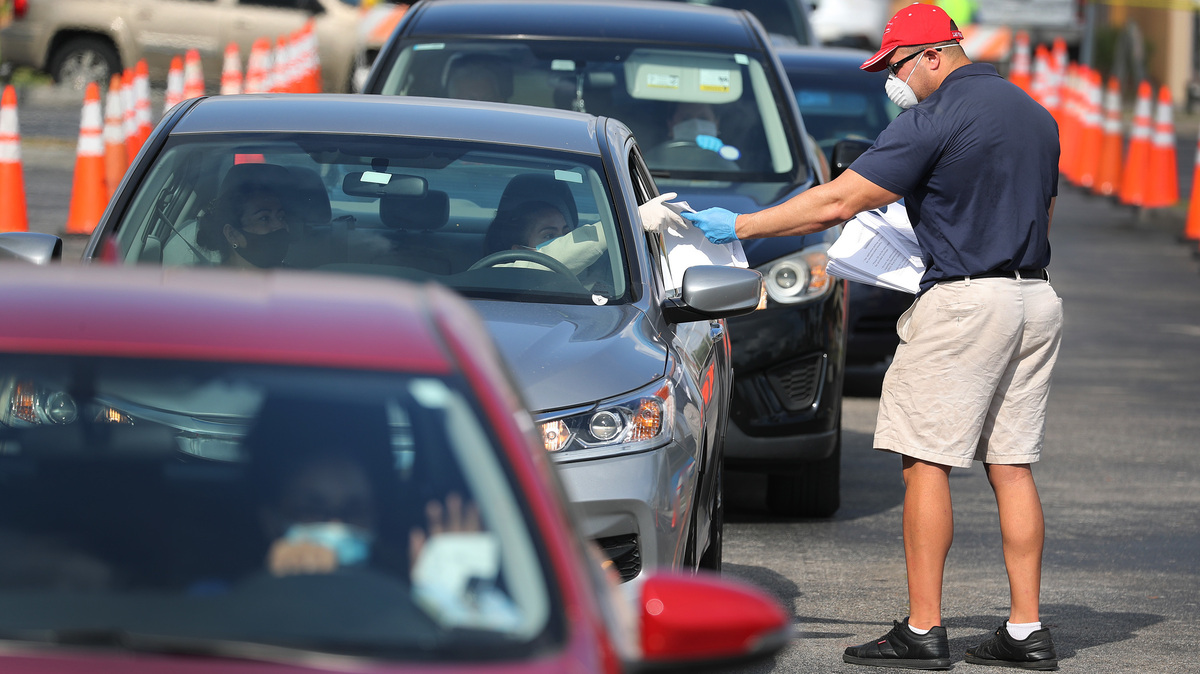 Miguel Diaz hands out unemployment applications to people in their vehicles on April 8 in Hialeah, Fla. Black, Latino and Asian American workers have lost jobs at a faster clip than white employees during the coronavirus pandemic.

Until a few weeks ago, Melissa St. Hilaire worked the night shift taking care of a 95-year-old woman for a family in Miami.

"I help her to go to the bathroom, use the bathroom, and I watch TV with her, and I comb her hair sometimes in the night," she said.

But one day in March, the woman's daughter told her not to come back, saying she wanted to protect her mother during the coronavirus pandemic.

St. Hilaire is black and a Haitian immigrant. And her situation is an example of what early data from this crisis shows: People of color have lost work at greater rates than white workers.

The March jobs data show a number of racial and ethnic disparities in the economic impact of the coronavirus. For example: the share of white people who are employed fell by 1.1% last month. That rate fell by substantially more for black people (a 1.6% drop), Asian Americans (1.7%), and Latinos (2.1%). Economist Christian Weller highlighted this data and more at Forbes earlier this month.

In addition, a survey from the left-leaning Data for Progress found that 45% of black workers have lost jobs or had their hours cut, compared with 31% for white workers. (Samples were not large enough to break out other racial and ethnic groups.)

Losing her job landed St. Hilaire in dire straits. She was able to delay her rent payment after she talked to her landlord. 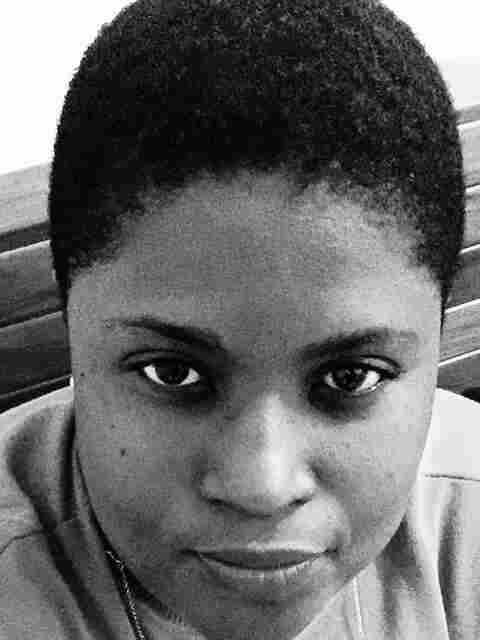 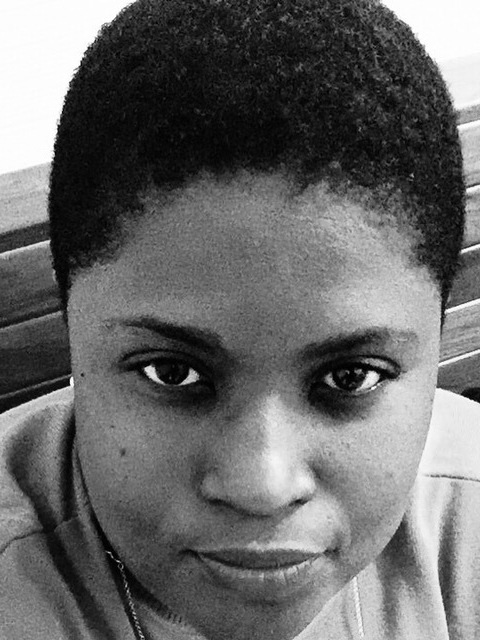 Melissa St. Hilaire was an in-home aide to a 95-year-old woman before the coronavirus hit. Now she is out of work.

"​I said to her my situation. She said, 'OK.' She understood my situation. She gave me more days," St. Hilaire said, but she added that shelter isn't her only concern. "Two weeks before [that], I was out of food. That's crazy."

She ended up getting some food supplies from a local aid group. She plans to apply for unemployment and also has a GoFundMe whose proceeds she plans to share with fellow domestic aides.

A big reason for these racial and ethnic gaps has to do with the workplaces that have been hurt most by the economic crisis.

"We know which industries are being hit the hardest," says Gbenga Ajilore, senior economist at the left-leaning Center for American Progress. "So we look at leisure and hospitality, transportation, utilities, industries that are first ones were hit really hard. We also know service — think hairdressers, salons. We know which ones are getting hit hard, and we know who's in those occupations."

Similar patterns turn up in other industries hurt most by the coronavirus slowdown. The latest jobs report showed more than 450,000 job losses in leisure and hospitality — a category that includes hotels and restaurants. Black, Asian and Latino workers are all disproportionately represented in the hotel industry, and Latino workers have heavy representation in restaurants.

That includes Erick Velasquez, who is Mexican American and who until recently was head bartender at a Greek restaurant in Houston.

"Everything just happened so quick. We're watching the news, and they talk about COVID-19, and nobody really thought much about it," he said. "And then a few days after then that's when they — the city or the county — closed down dining rooms for restaurants everywhere."

Velasquez has managed to find a temporary job — helping his fellow laid-off workers. He's a case worker now at the Southern Smoke Foundation, a nonprofit that supports people in the restaurant industry. And he sees racial and ethnic gaps among the people he's helping.

"​Everybody in the restaurant industry is hurting, but more so, it's the people that you don't really see when you go into a restaurant," Velasquez said. "It's like the back of the house workers, the immigrant community, the people of color."

There's also evidence of disparities in who is able to work from home during this crisis: 30% of white people and 37% of Asian Americans could work from home in 2017 and 2018, according to the Labor Department. Meanwhile, only 20% of black people could. In addition, only 16% of Latinos could work from home, compared to nearly twice as many non-Latinos.

The March jobs report that much of this analysis is based on only captured the start of the economic crisis created by COVID-19. The April report, which will be released May 8, will show if racial gaps have persisted.

Ajilore thinks it was easier to ignore these types of gaps when the economy was humming along with record-low unemployment. Now, the economic crisis brought about by the pandemic is holding a magnifying glass to those gaps.

​"Once this pandemic hit, then it's like you see the cracks in the structure," he said.

And the more coronavirus widens those cracks, the harder they will be to fill.