Accessibility links
Earth Day At 50: Climate Activists Go Digital Amid Pandemic Shutdown Climate change activists had planned three days of protests and other events for the 50th anniversary of Earth Day. But with the coronavirus pandemic, they will be virtual. 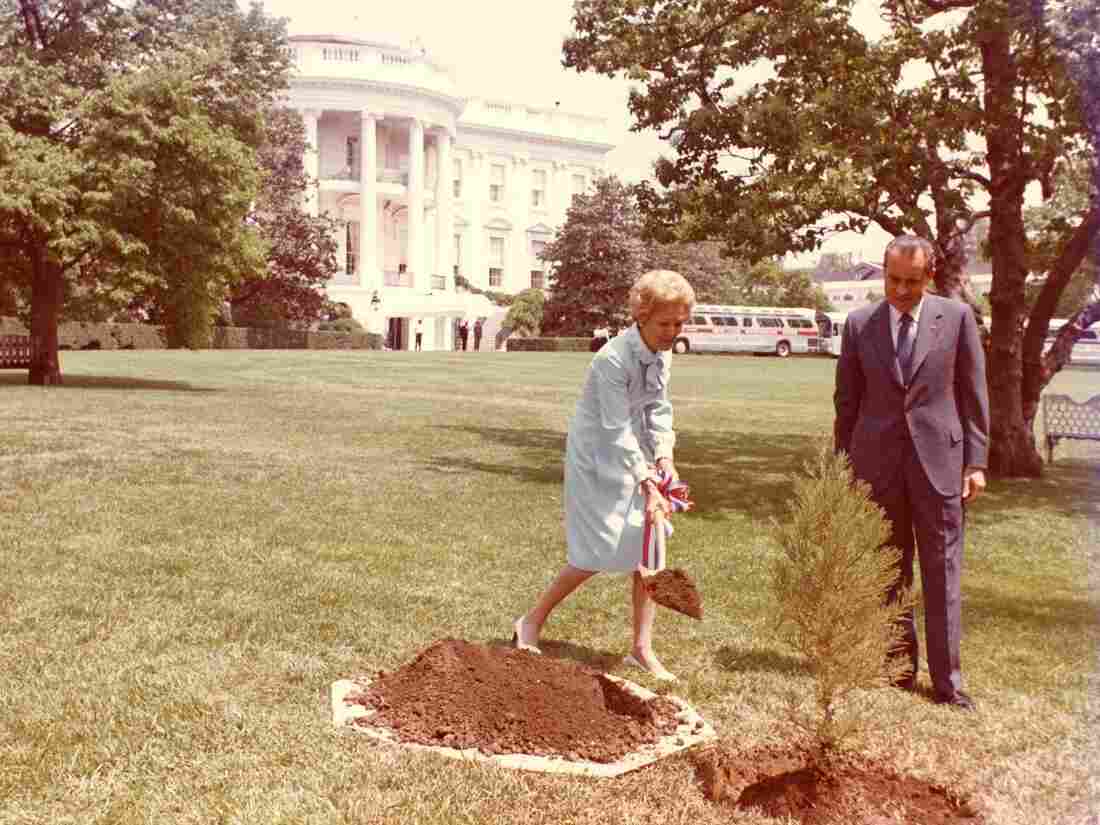 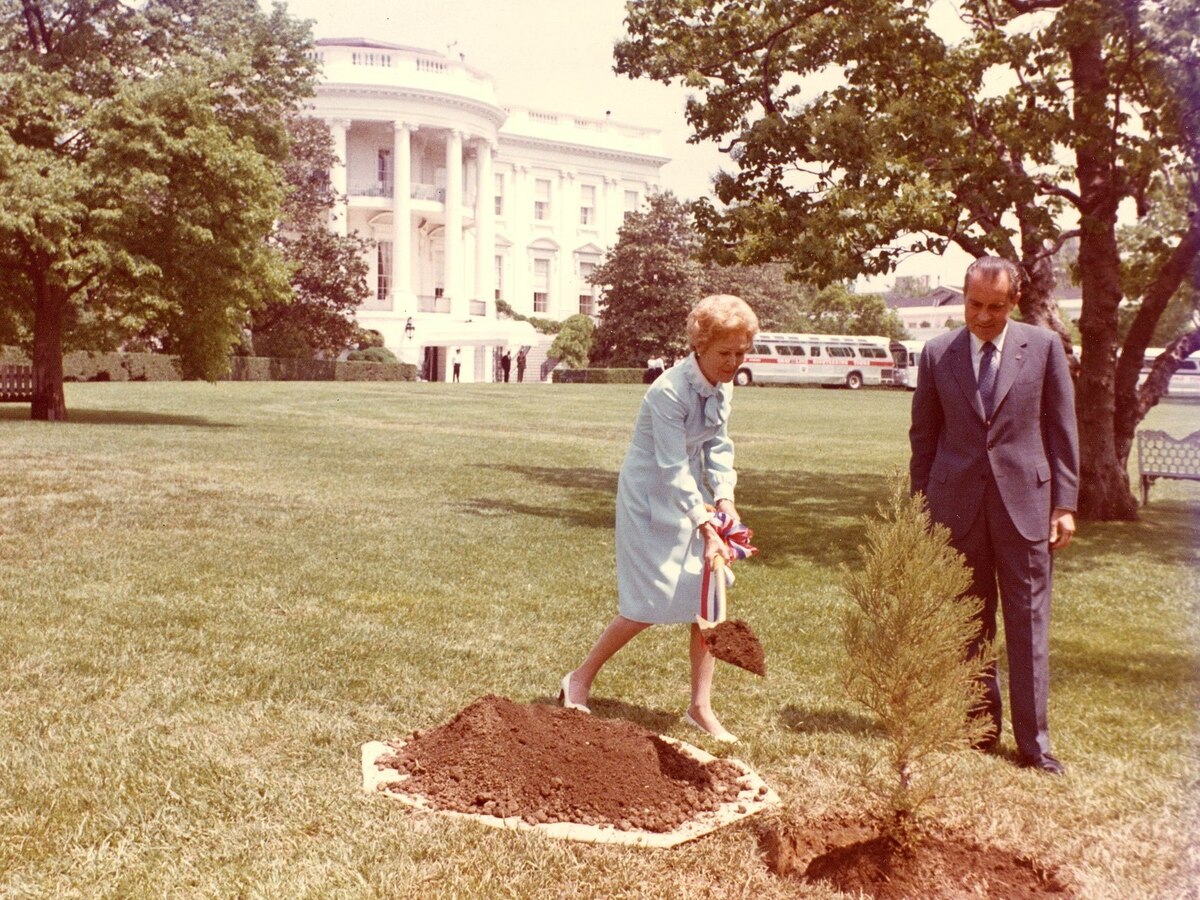 On the first Earth Day, April 22, 1970, President Richard Nixon and first lady Pat Nixon planted a tree on the South Lawn at the White House.

Former President Richard Nixon celebrated the first Earth Day in 1970 by planting a tree on the White House South Lawn. An enormous turnout of some 20 million people across the country attended Earth Day festivities, putting the fight against pollution on the political agenda.

That year Nixon created the Environmental Protection Agency and went on to sign the Clean Water Act and Clean Air Act with broad bipartisan support.

And 50 years later, the biggest environmental challenge is climate change, something most had never heard about back in 1970.

But large gatherings are not possible amid the global coronavirus pandemic, so Earth Day has moved online. Millions of people around the world are expected to take part in the anniversary of what organizers call "the largest secular observance in the world."

President Trump and the first lady also took part in a tree-planting ceremony at the White House. In his Earth Day message, Trump did not mention climate change, though he did tout the U.S. as a world leader in reducing "energy-related carbon dioxide emissions." At times in the past, Trump has denounced climate change as a hoax.

On the eve of this year's anniversary, Trump directed his administration to work on a financial aid plan for the oil and gas industry, which has been hit hard by global shutdowns to address the pandemic.

We will never let the great U.S. Oil & Gas Industry down. I have instructed the Secretary of Energy and Secretary of the Treasury to formulate a plan which will make funds available so that these very important companies and jobs will be secured long into the future!

"The oil and gas industry spent millions to elect Trump in 2016, and they're getting exactly what they paid for," responded Greenpeace USA Senior Climate Campaigner Jack Shapiro. He thinks that "not a cent of taxpayer money should go to the corporations that created and profited from the climate crisis."

It's not yet clear exactly what financial help the Trump administration plans to give oil companies.

She is one of the young climate change activists the world has heard a lot from over the past year and a half as they organized a series of school climate strikes.

They've been galvanized by a series of scientific reports warning that the world must dramatically reduce carbon emissions, and soon, if it hopes to avoid the most catastrophic climate impacts.

"Obviously now our plans have had to pivot. We cannot have millions of people in the streets," says Agrawal-Hardin. She's working with a coalition of 500 organizations that organized three days of online events, including teach-ins, virtual protests and a campaign to encourage young people to vote in November.

Before the coronavirus pandemic, the group had much bigger plans.

"The goal was to build an irresistible worldwide force to demand a global Green New Deal and, ultimately, solve the climate crisis," Hayes wrote. Instead he's encouraging people to stay home this year, participate in virtual activities and "vote for the earth" in November.

Conservative climate change activists also have moved their plans online. Kiera O'Brien was scheduled to speak about attracting young conservatives to the climate movement at the EarthX conference in Dallas.

"I'm still speaking at EarthX, but the speeches will now be spread out across the summer," says O'Brien, who founded and is president of Young Conservatives for Carbon Dividends.

She plans to spend Earth Day watching the conference livestream from her home in Alaska.

O'Brien says she's optimistic that despite a much different Earth Day than many were expecting, the U.S. economy will recover and — with growing bipartisan support — the country will take action to address climate change.