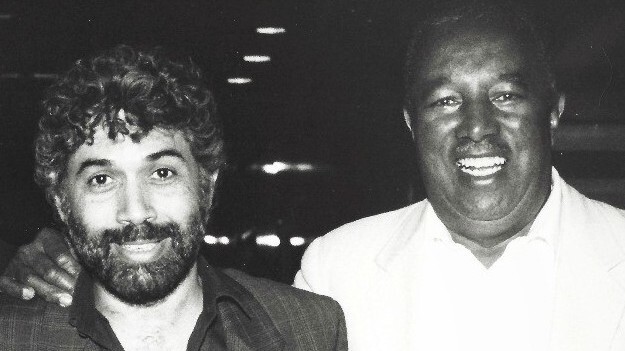 (Photo Courtesy of the Artist)

On this episode of Jazz Night in America, we check out a concert from the archives that I just had to take a listen to. It features one of the greatest pianists ever, Monty Alexander, and my mentor and hero, the late bassist Ray Brown.

Ray, who held down the bass chair in the Oscar Peterson Trio for years, had a very close bond with many pianists after Oscar, including Gene Harris, André Previn, Hank Jones, Cedar Walton and Benny Green. But his connection with Monty was special. No matter what Ray's primary group was at a particular time, he always found time to play with Monty, who could make the piano feel like a one-man band. Couple that with Ray's titanium pulse, and you have a beat and a groove that could shake the Rock of Gibraltar to rubble.

Everything about this gig is so "quintessential" for the both of them: hardcore swingin'; plenty of blues and standards; Monty's reference both to his Jamaican roots ("Fungii Mama" and "No Woman, No Cry") and R&B ("Got To Go"); Ray's obvious happiness (listen to how he shouts during "Straighten Up and Fly Right"). When Ray felt good about a groove, he would almost yell out a karate chop type of "HYAH!" — and he does that a lot in this set. — Christian McBride