Accessibility links
Review: Dark Comedy 'Deerskin' Is Buckwild A man (Jean Dujardin) becomes obsessed with a deerskin jacket — and pretending to be a film director — in a dark comedy that is "both outlandish and slight." 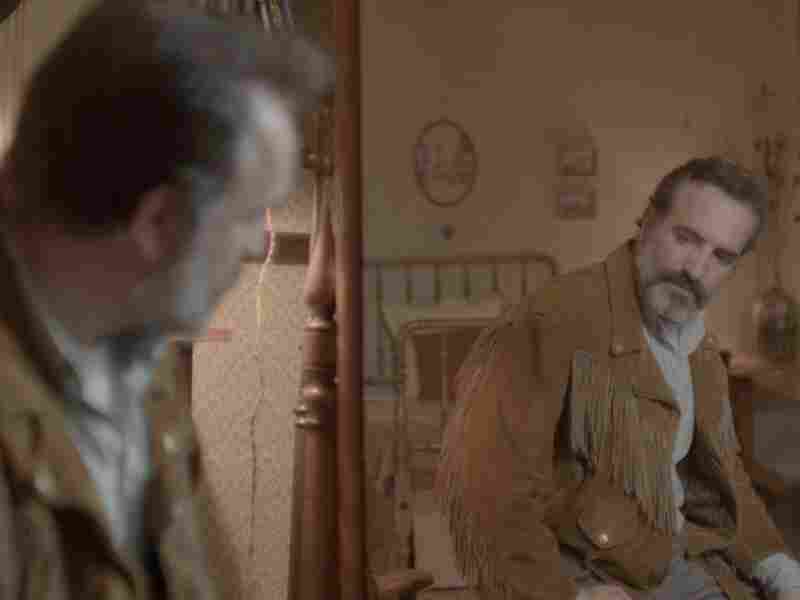 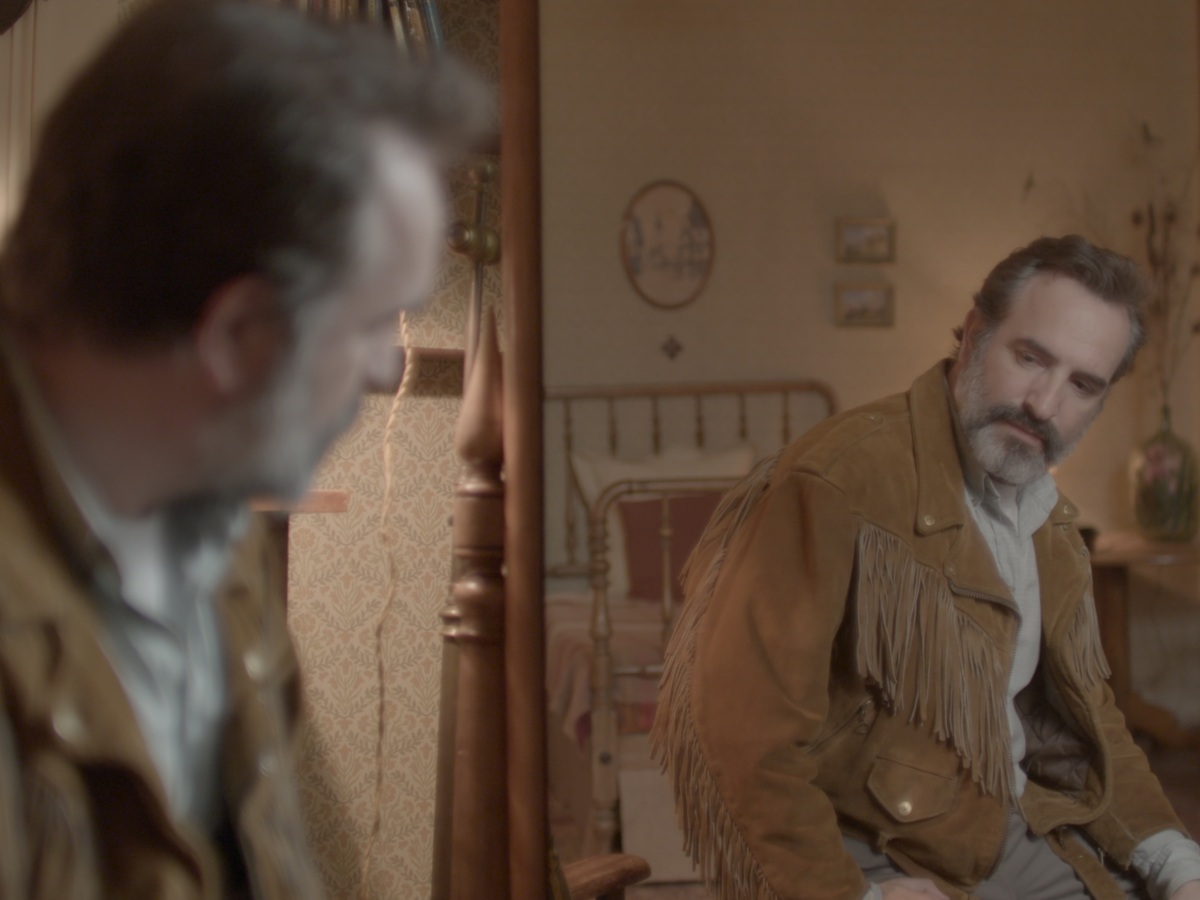 Georges (Jean Dujardin) goes beyond the fringe in Deerskin.

The protagonist of Deerskin is a man with a movie camera. That, admittedly, is not how Georges (Jean Dujardin) thinks of himself. From his decidedly off-kilter point of view, Georges sees his life defined not by a camcorder but by something else entirely: his new fringed jacket, made of 100% deer hide.

That Deerskin is partly a parable of guerrilla filmmaking makes a lot more sense than the movie's plot, which is both outlandish and slight. Director Quentin Dupieux, also a composer of electronic music, is a latter-day absurdist as well as a cinematic one-man-band: He wrote, photographed, and edited the film, as he did his previous Rubber.

The movie did require a few actors, and Dupieux was fortunate to enlist Dujardin (best known as the star of The Artist) and Adele Haenel (of BPM and the Dardenne brothers' The Unknown Girl). Their naturalistic performances give the movie more plausibility than its wacky scenario merits.

Georges enters the story as he arrives in a colorless — almost literally — small town in the French Alps. He's gray-bearded, newly divorced, nearly broke, and in search of a used leather jacket he can't really afford. It's unclear (and will remain so) if he buys the coat as compensation for the breakup, or if his compulsion to own it is part of the mania that doomed his marriage.

The seller (Albert Delpy, father of actress-director Julie) includes a consumer-grade video camera as part of the deal. So Georges begins to shoot random footage, which emboldens him to tell local bartender Denise (Haenel) that he's a movie director. This offhand lie intrigues Denise, an aspiring film editor who's eager to cut whatever the eccentric newcomer shoots. (She's been practicing on, appropriately, Pulp Fiction, the gory handiwork of another Quentin.)

The first joke is that Georges doesn't know enough about filmmaking to invent the sort of deception that won't get him in deeper. Rather than pretend he's scouting locations, say, or shooting a personal diary film, he claims he's making a big-budget movie, but has lost contact with his producers. They're missing in Siberia, he says.

The second gag is that Georges's passion for his jacket grows into a bizarre and destructive fixation. Denise encourages this, in the service of her own obsession. And so the movie they're making turns into a horror flick. That's not so unusual for a low-budget directorial debut, of course. But usually the blood is fake.

One more jest, this one visual: The jacket is actually too small for its devoted wearer. While Dujardin underplays his character's ridiculousness, the garment itself makes the point. It looks like something Jimi Hendrix might have worn, now stretched around the tubby torso of a guy who wouldn't even have thought of going to Woodstock.

Dupieux lampoons both the middle-aged man's quest for potency and the affinity between filmmaking and voyeuristic violence. The latter is far from a new idea; it's the theme of Michael Powell's 1960 Peeping Tom. But where that film was once a shocker, Deerskin is more of a head-scratcher.

At least Dupieux goes too far in little more than nothing flat. If Deerskin lacks enough material to sustain a mere 77-minute running time, the movie doesn't linger much past the moment where its nuttiness turns rancid. Georges doesn't know when to quit, but his creator does.