'We're Here': It's Queer. You Could Get Used To It

'We're Here': It's Queer. You Could Get Used To It 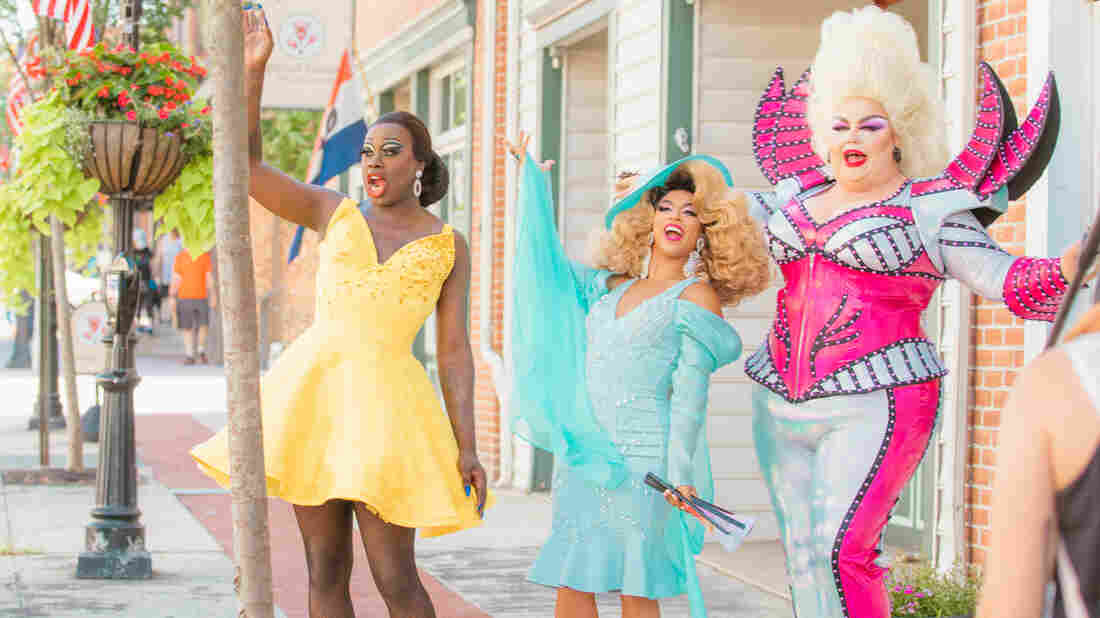 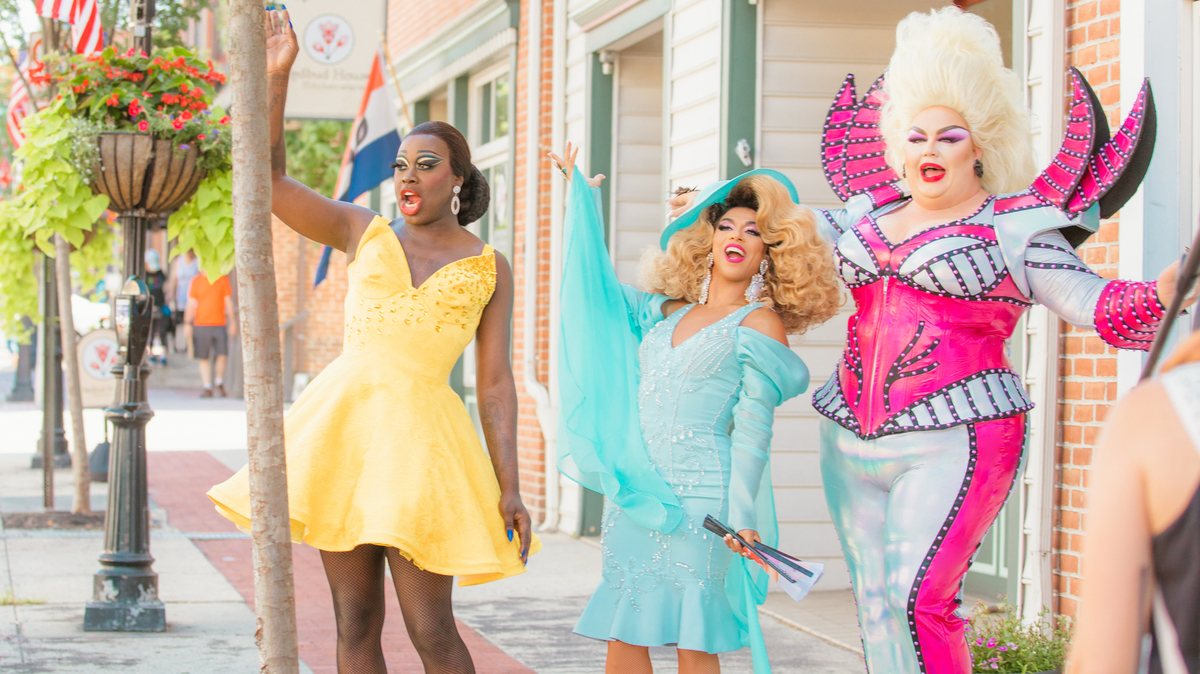 The nation's drag revues are shuttered, for now. Across the country, even as you read this, lace fronts are drying out, false eyelashes the size of tarantulas are losing their curl, and sequined gowns are gathering dust in dark closets, far away from any follow-spot that could set them shimmering. The collective experience of a live drag show, where you can smell the performers' perspiration, desperation and wig glue, is a pleasure denied us indefinitely.

But drag queens are a resourceful lot. They've taken to Instagram and YouTube. They've got podcasts and Quibi shows and streaming documentaries. And this week's episode of RuPaul's Drag Race will be followed by the debut of RuPaul's Secret Celebrity Drag Race, which will in turn be followed by an episode of Untucked. That's three solid hours of wigs, pads, heels and shade.

In the six-episode series, the three queens arrive in town, select three locals to turn into drag queens, and proceed to mentor them. (Womentor, them, technically, I suppose.) At the end, they perform alongside their charges in a drag show. Then they pack up their wigs and dresses and rolls of duct tape and move on to another town.

You've perhaps noticed that this format is shared with/borrowed from a certain other reality series featuring queer hosts who make over subjects? It's not a coincidence, and We're Here doesn't bother to try to disguise it. Call it Queen Eye.

HBO made only three episodes available for preview, but no matter: This kind of show is a product of its format — if you're feeling less charitable, call it its "formula." Even as you watch tonight's premiere episode, you can feel that format locking into place. One local will be a queer person looking to investigate the world of drag for the first time, as a means to express themselves. The other two will be queer allies who are participating in the show for a lark, or to address some (cue somber piano music) personal issue.

What To Watch For When Watching 'RuPaul's Drag Race All Stars'

We're Here is at its breezy, charming best when it's focusing on the logistics of drag and its culture. The hosts are warm but demanding of their students, and have an easy rapport with one another. When it sticks to the specifics of the process of drag — when real, useful, practical information is passed from veteran queen to neophyte queenlet — it's fascinating and funny in the way it lets us in on a distinct subculture. It's also in these moments that the show feels least contrived and awkward.

When the show resorts to familiar reality-series emotional beats, however, as it does in storylines featuring queer allies doing drag to prove something to someone else, the heavy hand of the producers weighs things down.

I want to learn drag because I think it's meant for me and will become a part of my life is a clean, clear concept — a light lift.

I want to do a single drag performance because I want to show my daughter that I'm sorry I said she was going to hell when she came out to me, is, ah ... circuitous, let's say. Doubtlessly sincere and admirable, but, as show fodder, forced, artificial, imposed.

But then, drag — at least as it exists in media now, still shantaying and sashaying in the shadow of RuPaul's Drag Race — is powered by an artisanal fuel mixture that's 80 percent fabulous fierceness and 20 percent self-help bromides. (That was certainly true of the puzzling Drag Race spin-off Drag U, a modern Queen for a Day in which women with sob stories were rewarded with drag makeovers and pat life-advice from Ru; in We're Here's least effective moments, the ghost of Drag U clings.) You may feel the show huffing and puffing when it trots out its nakedly emotional story beats, but you can't begrudge it for doing so — it's drag, honey.

And though it trafficks in tidy uplift, We're Here admits some darkness alongside the color and light. Three fabulous drag queens with outsize ... um, personalities can't visit certain areas of the country without experiencing some pushback.

Early in episode one, after the queens exit a shop in downtown Gettysburg, Pennsylvania, the microphones pick up (but the camera doesn't catch) a man angrily announcing to the owners that he'll never to return to the store because it let "those freaks" in. Each episode also makes a point of showing that in each town, the three hosts set up a communal space to live out of, "where we can feel safe to be ourselves." Such moments are tiny reality checks, and they're appreciated. Where Queer Eye has in the past embraced the wildly false notion that the answer to homophobia is simply sitting down and talking with homophobes, We're Here's outlook is more measured and clear-eyed.

Drag itself, of course is anything but measured and clear-eyed, and that's its abiding appeal. When it's capturing the backstage banter between the queens, or when it's just aiming the camera at three practiced, exuberant drag performers at the top of their game, We're Here makes an effective stand-in for watching a live show — not the real thing, but a placeholder, until such time as we can all go back to the bars. A kind of drag methodone.