Accessibility links
Maya Rodale's April Romance Roundup Nothing guarantees a happy escape like a romance novel, and escape has never been more necessary — so for April we've got three reads packed with humor and heartache to savor while you stay inside. 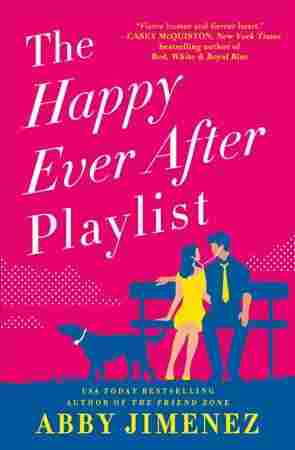 The Happy Ever After Playlist

Title
The Happy Ever After Playlist
Author
Abby Jimenez

Nothing guarantees a happy escape like a romance novel, and a happy escape has never been more necessary. Here are three delicious novels — with loads of laughter and heartache on the way to happy ever after — to savor while you stay safe and stay inside.

In Abby Jimenez's The Happy Ever After Playlist, love gets a soundtrack and second chance. After her beloved fiancé dies, Sloan Monroe sinks into a major depression — until a dog leaps through her car's open sunroof. Taking care of the dog kickstarts Sloan's journey toward healing. She's ready to keep him – but then she finally connects with the dog's owner, Jason, a musician on tour in Australia. Sparks start to fly via phone and text. (Seriously, Sloan and Jason don't even meet in person until a quarter of the way through the book — and by then, they're already halfway in love.) Once they meet, there is major lust and pent up desire. But of course, it's not that easy.

Sloan is still in the process of grieving. And Jason is a musician on the verge of superstardom, which means a demanding world tour, a stalker, and intrusive paparazzi. Falling in love is easy. Falling in love without losing yourself is harder. Making a relationship work is another matter entirely. But once Sloan and Jason realize they can't live without each other, nothing will stop them from trying. 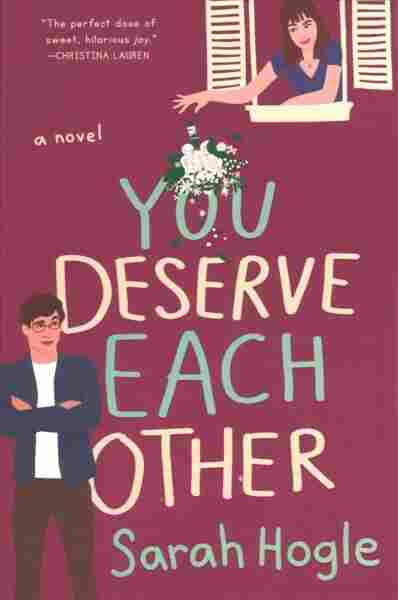 You Deserve Each Other

Title
You Deserve Each Other
Author
Sarah Hogle

You Deserve Each Other by Sarah Hogle has a deliciously wicked premise: Naomi and Nicholas are engaged but they utterly loathe each other. Alas, neither can afford to call off the wedding — so obviously, they each must make the other person mad enough to call it quits (only in romance, right?!). Thus ensues a series of pranks and deliberate attempts at button-pushing the way that only former lovers can manage. It is totally petty, definitely immature, maybe unlikable and truly hysterical. Naomi especially is laugh-out-loud funny.

But from time to time, Naomi and Nicholas drop the masks, and we see the hurt lurking beneath the surface. Naomi has long felt second-best to her future mother-in-law, who dominates her son's life and has taken over wedding planning (and no, she doesn't pick anything Naomi likes). Nicholas is stuck in the role of Good Son, though he'd really like Naomi provide more of a buffer. But mostly, this is the story of a couple who got stuck in a rut and in trying to go out in a blaze of glory, find they might want to stay together after all. 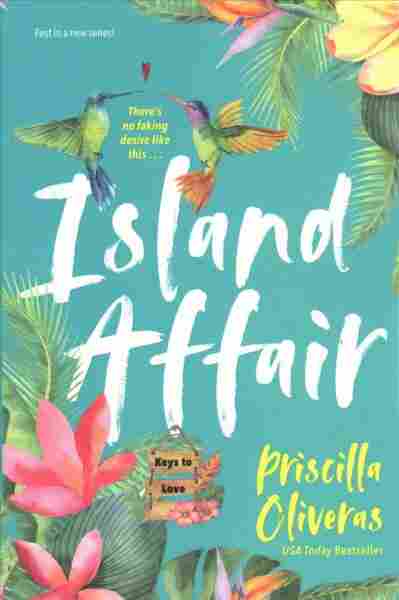 Island Affair by Priscilla Oliveras is a classic fake relationship romance, set in the dreamy Florida Keys. As soon as social media influencer Sara Vance lands in Florida for an anxiety-inducing family vacation, she learns that her new boyfriend is standing her up. Desperate to impress her family, she asks the nearest guy to pose as her boyfriend for the week. As you do. And as luck would have it, the nearest guy is hunky and decent Luis Navarro, who is on a mandated leave of absence from his job as a firefighter after a recent accident on the job hit a little too close to home. He's so eager to prove to everyone that's he's fine that immediately agrees to Sara's scheme.

The speed at which these two strangers agree to fake a relationship is fast — maybe implausibly so — but it's all to get to the fun and games of watching Sara and Luis fall for each other. It's not a challenge to pretend to be a couple for other people and they definitely don't need to fake an attraction to each other. The real challenge lies in how they push each other to confront personal demons. For Sara, it's the reasons she's so desperate to impress her family and for Luis, it's making amends with his estranged brother. When they finally admit their feelings for each other, there's nothing fake about it. And in this novel, happy ever after isn't just for the hero and heroine, but their families too.