Accessibility links
1A Across America: Abortion Bans During The Pandemic "What's happening is women in Texas are being forced to remain pregnant during a pandemic against their will," Cristina Parker of the Lilith Fund for Reproductive Equity tells us. 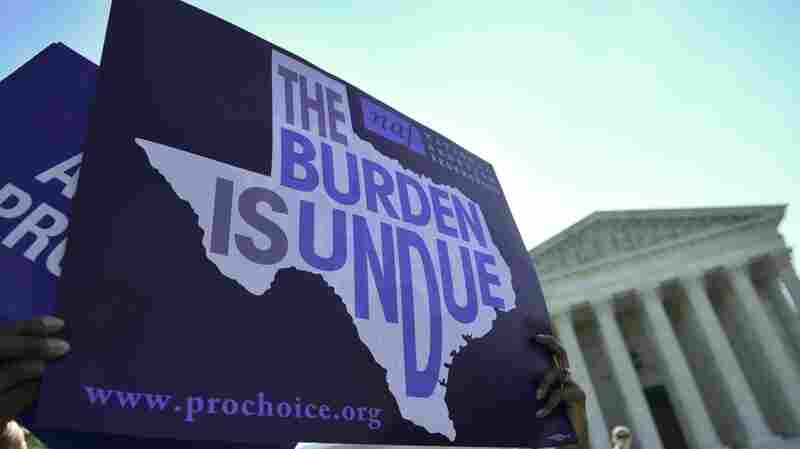 An abortion rights activist holds placards outside of the US Supreme Court before the Court struck down a Texas law placing restrictions on abortion clinics on June 27, 2016 in Washington, DC. MANDEL NGAN/MANDEL NGAN/AFP via Getty Images hide caption 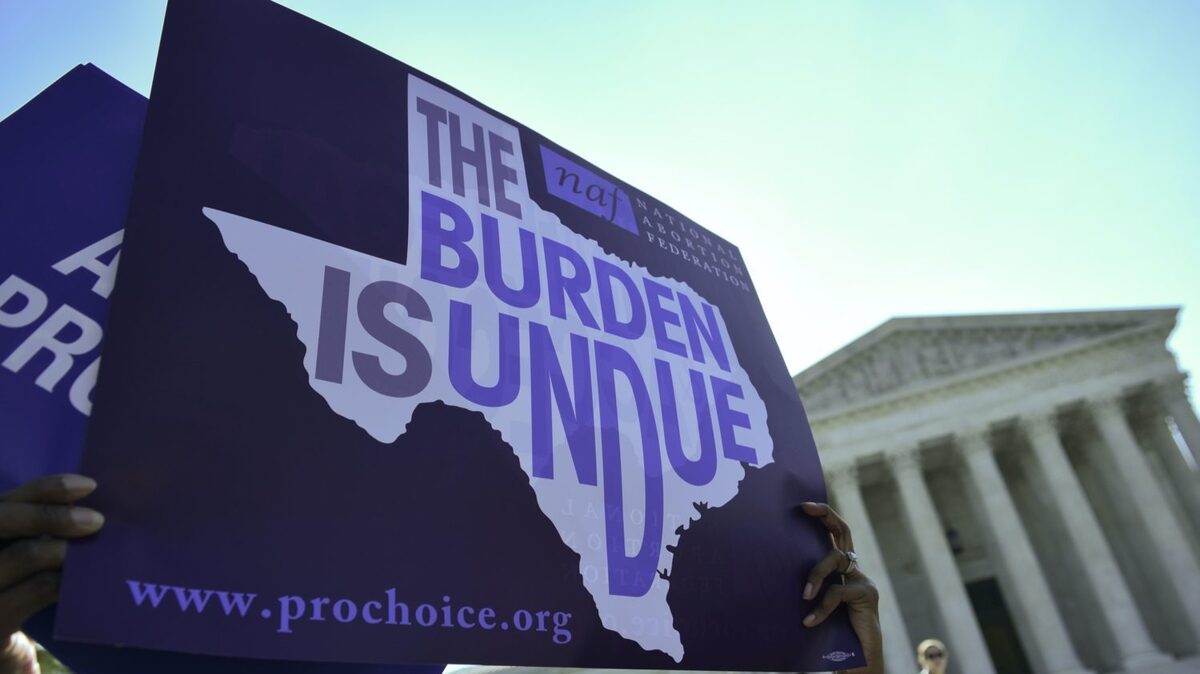 An abortion rights activist holds placards outside of the US Supreme Court before the Court struck down a Texas law placing restrictions on abortion clinics on June 27, 2016 in Washington, DC.

The coronavirus pandemic has shut down most economic and social activities in states across the country. Essential businesses and medical providers are allowed to remain open, but not everyone agrees on what procedures are "essential."

Some states have banned "non-essential" medical procedures, citing the need to conserve personal protective equipment, like surgical masks and gowns, for hospitals.

Officials in several states, including Texas and Arkansas, have said that ban includes abortion.

This week, a federal appeals court decided the Arkansas ban on surgical abortions is allowed to go ahead.

The Texas ban had ping-ponged through the courts since Governor Greg Abbott made the decision last month. Despite a series of legal challenges from reproductive rights groups, it was mostly been upheld.

But on Wednesday, the governor relaxed many of the restrictions on what he called non-medically necessary procedures. And after some confusion over whether abortions were also allowed to proceed, state lawyers acknowledged Thursday that the loosened restrictions make their case moot.

As part of our 1A Across America series, we're checking in on abortion access around the country.

First, we talked to Peter Breen of the Thomas More Society, a conservative anti-abortion rights law firm. He's representing a group of doctors in Fort Worth who are suing the city to stop allowing abortions to continue under the stay-at-home order.

Then, we spoke with Cristina Parker, the communications director for the Lilith Fund for Reproductive Equity, an organization in Texas that helped women access abortions despite the ban and Julie Burkhart, founder and CEO of Trust Women, an organization and provider in Kansas who is handling an increase of out-of-state patients.

1A Across America is funded through a grant from The Corporation for Public Broadcasting. CPB is a private, nonprofit corporation created by Congress in 1967 that is the steward of the federal government's investment in public broadcasting.