Accessibility links
'It's The Wild West': To Meet Pandemic-Fueled Demand, Factories Turn To Making Masks The COVID-19 pandemic has created a global free-for-all for manufacturing protective equipment, especially face masks. Now factories that once produced curtains or other items are churning them out. 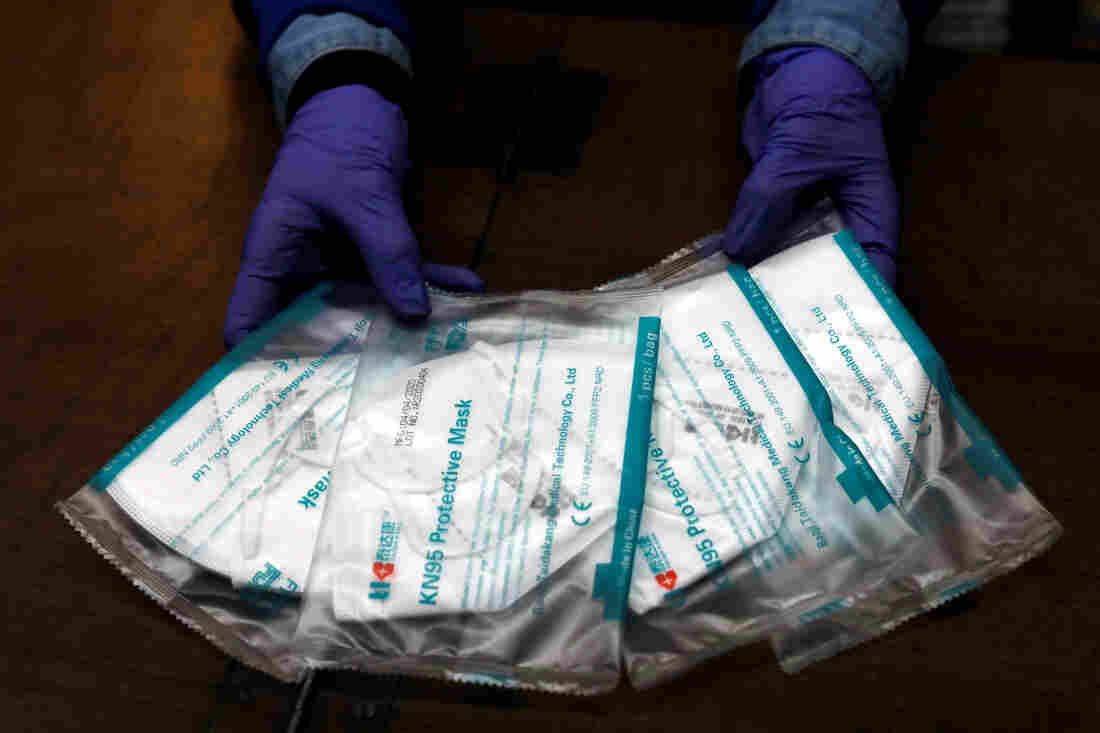 A pharmacy employee shows KN95 protective face masks that were made in China. Companies like Golden Pacific Fashion and Design in Shanghai, which used to sell curtains, have pivoted to making KN95 masks like these. Jon Nazca/Reuters hide caption 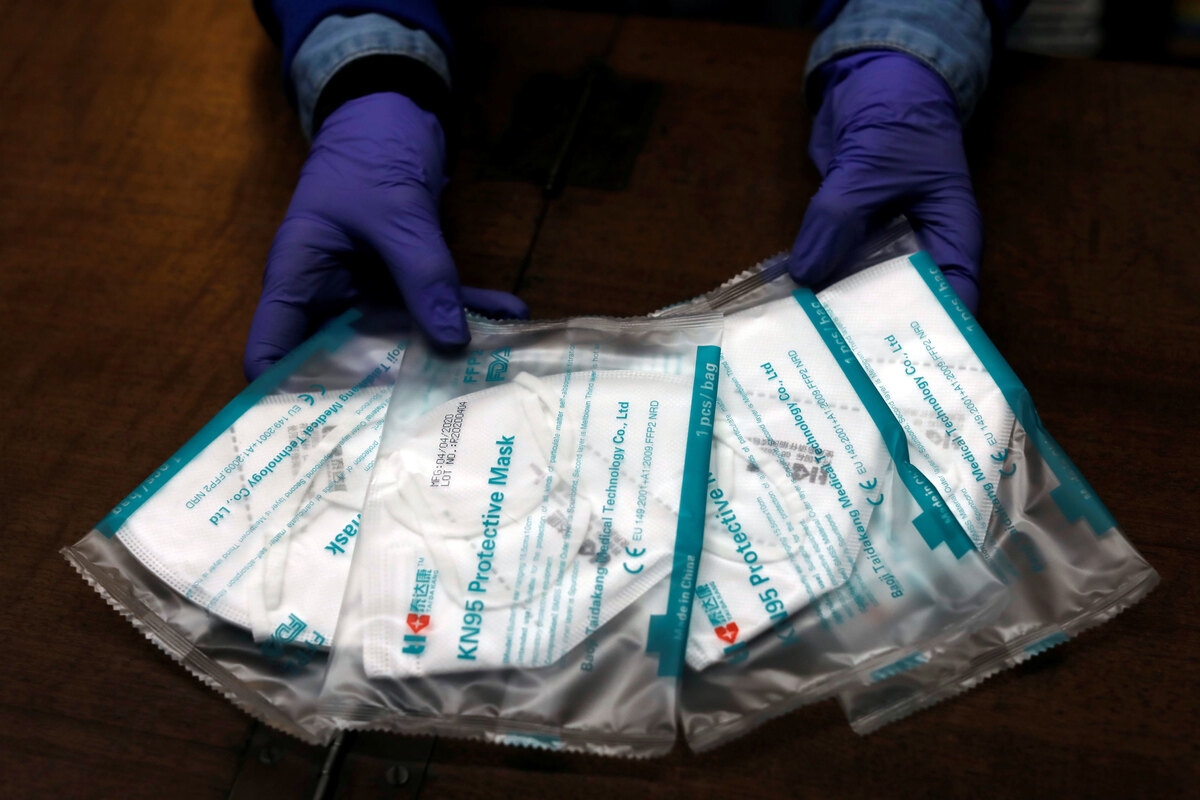 A pharmacy employee shows KN95 protective face masks that were made in China. Companies like Golden Pacific Fashion and Design in Shanghai, which used to sell curtains, have pivoted to making KN95 masks like these.

In the pre-COVID-19 era, Michael Crotty's company, Golden Pacific Fashion and Design, based in Shanghai, sold curtains. But since the global economy ground to a halt, nobody's buying curtains. They're buying masks.

"It's pandemonium at its highest level," says Crotty. "It's the Wild West and it really is a unique situation where these factories that can make these goods are in the driver's seat at the moment."

The COVID-19 pandemic has created a global free-for-all for manufacturing protective equipment, particularly face masks. And that's meant factories like Crotty's have begun making them to meet demand.

Fortunately for Crotty, his Chinese suppliers quickly purchased automation equipment and converted their assembly lines into mask-making powerhouses. His suppliers' factories have ramped up production and are now able to make at least 15 million masks a week. 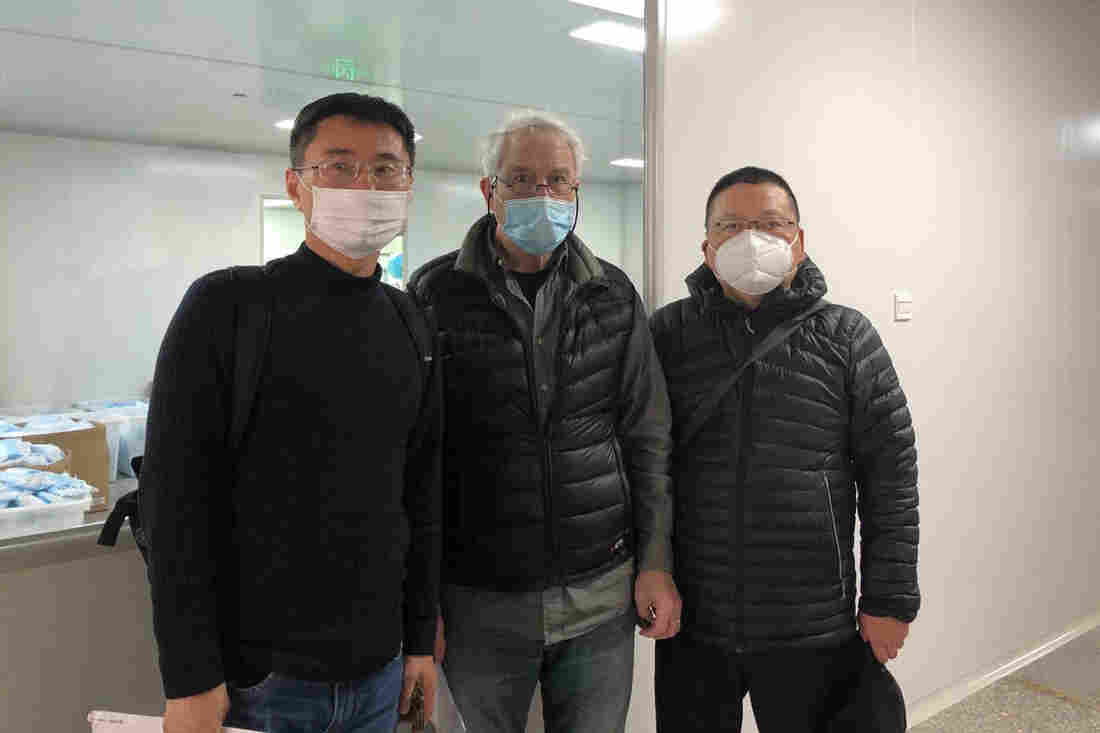 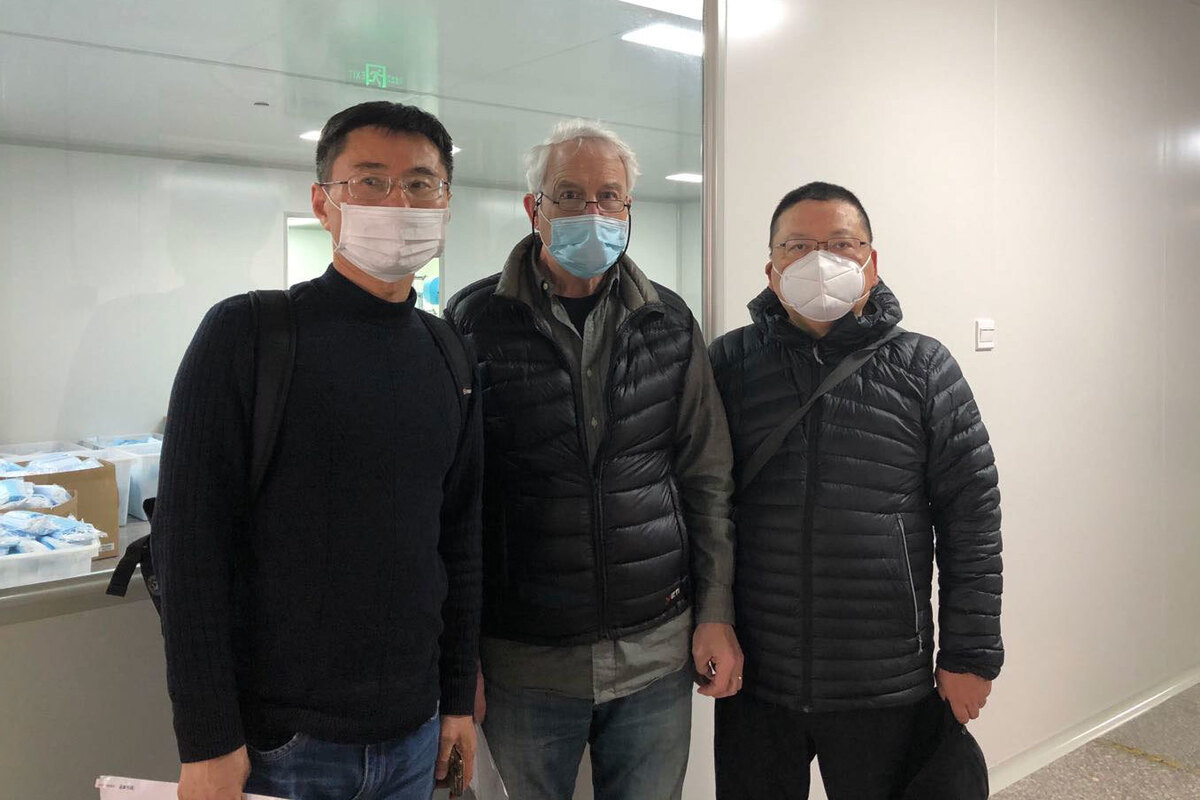 "This was a way to transition and keep the business rolling," says the 70-year-old businessman. "There's going to be thousands and thousands of people going out of business. And it's a disaster. We're fortunate that these products fall under our business model."

Crotty, with decades of manufacturing experience in China, now produces the KN95, the Chinese version of the N95 respirator mask, designed to block 95% of small particles when worn properly. He says his first order for 5,000 masks came from a Chicago hospital where his daughter works.

"So now I'm busier than I've been in a long time," he says. "The only significant difference is that in the curtain business, we had 10 customers and we knew all of them for a long time. And it was a simple process."

These days, he says he's getting calls from hospitals, schools, even people who claim to be close to Indian Prime Minister Narendra Modi and Turkish President Recep Tayyip Erdogan.

"And I was told that Erdogan mandated that every Turkish citizen was to be given five free masks," he says. "There are about 83 million people in Turkey. So that's over 400 million masks for free to the population. That's just one country."

Crotty says his suppliers now have leverage over their clients and they're asking for at least a 50% deposit before taking an order.

Fulfilling an order, though, especially if it's headed to the U.S., can be a challenge. To crack down on fakes, Chinese customs authorities have begun inspecting exports labeled for medical use, a process that can cause massive delays for exports to U.S. hospitals.

"So then you say to the hospital, 'We can get it out of China customs, but you've got to label it for personal or commercial use, not for medical purpose,' and then the U.S. customs is going to look at that for a hospital group and they say, 'They're not using this for medical use?'" Crotty says.

That's why, he says, there are shipping containers from China filled with masks sitting in the Port of Los Angeles. U.S. customs won't release them to American hospitals because they aren't labeled properly, he says.

In an emailed statement, U.S. Customs and Border Protection spokesperson Kelly Cahalan tells NPR that CBP is working with its partners in the government, including the Food and Drug Administration, "to ensure that medical devices related to COVID-19 response are cleared through U.S. Customs and Border Protection as expeditiously as possible while verifying that the devices are authorized and safe for use. ...However, goods that are not properly labeled ...would be detained for clearance or adjudication through the FDA."

In Prague, another executive, Brian Yamato, has also converted some of his company's assembly lines to manufacture masks. He works for Dukane, an Illinois-based company that sells ultrasonic welding equipment to mask manufacturers.

Yamato's team thought: Why not make our own masks? "And we just started kind of setting up and experimenting and working with it. We went through, I think, our fourth mask design now," he says with a chuckle.

Dukane's Czech factory has made 50,000 masks so far, but hasn't sold a single one. Yamato has donated them to the Czech government.

At first, he says, he was worried about not having the right certifications for his brand-new mask line. The European Union's strict regulations make it a tough place to introduce a new product like this. But he was assured by the Czech government that it wouldn't be a problem. This is, they told him, an emergency, and the entire world has never seen anything like it.