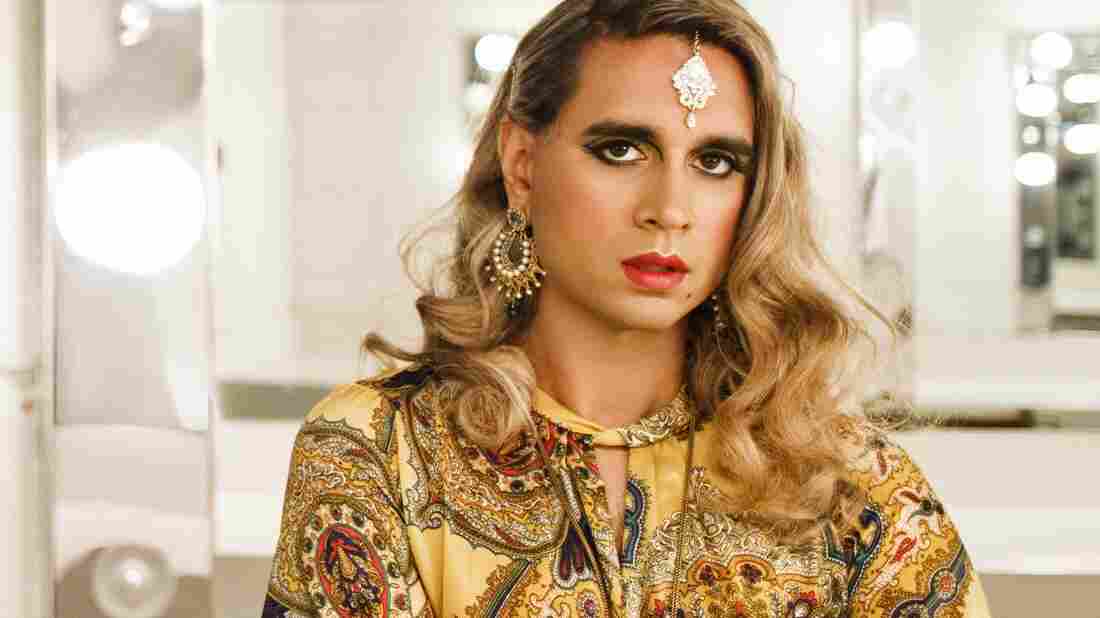 Vivek Shraya's new novel The Subtweet chronicles a friendship between two musicians — both brown, both women — that implodes under the pressure of online life. Vanessa Heins hide caption 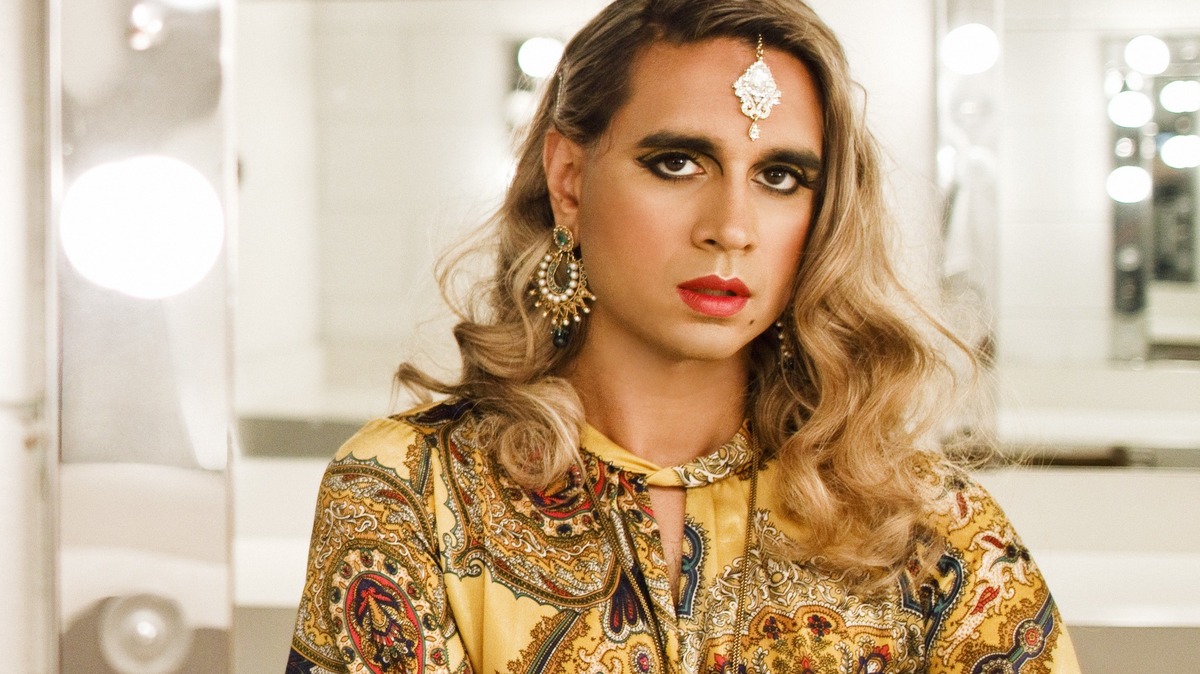 Vivek Shraya's new novel The Subtweet chronicles a friendship between two musicians — both brown, both women — that implodes under the pressure of online life.

Vivek Shraya's new novel, The Subtweet, follows the friendship of two brown women — Neela and Rukmini, both musicians — and how that friendship implodes over a single tweet.

The book couldn't have come at a more opportune time. As the COVID-19 pandemic continues to spread, Shraya, like many artists around the world, has taken her practice online — and in The Subtweet, she's examining Internet culture on the page just as she's grappling with it in her own life.

When I was writing 'The Subtweet,' I was thinking about the ways we could all give each other the benefit of the doubt.

"When I was writing The Subtweet, I was thinking about the ways we could all give each other the benefit of the doubt," Shraya says — something that doesn't happen in the book, where insecurities and jealousy lead to a Twitter feud that sheds light on the fragility of online discourse among emerging artists.

Shraya is a brown, multi-disciplinary artist based in Calgary, Alberta, and today she'd be considered far from emerging. Over the last two decades, she's written books, released albums, promoted films, and worked as a mentor and teacher in the publishing world. She's also an assistant professor of English at the University of Calgary.

"You don't typically go into a bookstore and see queer and trans people on the front stand, but she has managed to become that symbol here," says Cicely Belle Blain, a Canadian activist and writer. Shraya chose their debut poetry collection for publication with VS Books, her own publishing and mentorship imprint aimed at showcasing new writers of color.

You don't typically go into a bookstore and see queer and trans people on the front stand, but she has managed to become that symbol here.

Blain discovered Shraya in 2016 when the artist was in Vancouver touring for her children's book The Boy & The Bindi, and they say her impact on the Canadian arts world has been transformative. "The power that she had on stage was really inspiring," they say. "We don't often get to see representation of queer trans people of color taking up space in that way."

Just as she did with The Boy & the Bindi, Shraya often brings her South Asian heritage to her work. Even with The Subtweet, Shraya wanted the narrative not just to honor female friendships, but also the South Asian music industry in Toronto.

"I really had to try and figure out how to be brown in a music industry that is still pretty white," Shraya says. "The Subtweet was an opportunity to not just explore what it's like to be a brown cultural producer but also honor other South Asian artists who are becoming more visible and active through social media." 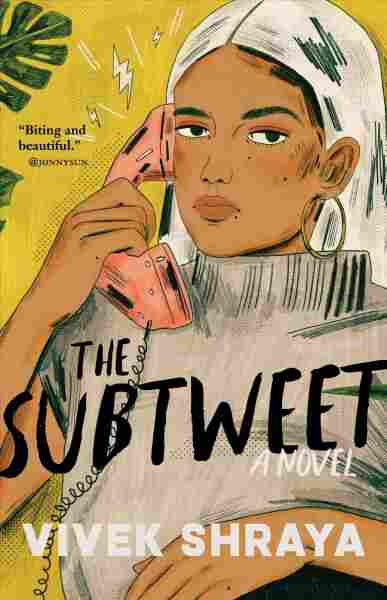 Music is how Shraya kick-started her career, and it's been a constant throughout her life. In fact, each copy of The Subtweet comes with a link to download a free album featuring original songs Shraya performed for the novel.

She started writing songs as a teenager, and released her first album online in 2002 — frequently performing with her brother in the band Too Attached. Shraya is also a collaborator and friend of the acclaimed Canadian indie rock duo Tegan and Sara.

While she took a years-long break to focus on writing books, Shraya returned to her first love in 2016 — the same year she began using female pronouns — with a single called Girl It's Your Time. It's a powerful anthem about claiming your true identity, something Shraya says she's finally been able to do after years of performing masculinity in public while struggling with her sexuality and gender identity in private.

I don't know how many men are going to follow me after I write a book called 'I'm Afraid of Men.'

"I do think it shapes and shifts how people engage with me and who shows interest in my work," Shraya says of her trans identity. Her Instagram insights, she says, show a drop in male engagement in the years after she came out. And she says that while she can't control how people react to her, she knows that drop must have something to do with the way her work began to challenge what her audiences were used to seeing.

You can see that challenge in her stark titles: I Want to Kill Myself, I'm Afraid of Men. "I don't know how many men are going to follow me after I write a book called I'm Afraid of Men," she says wryly — Vanity Fair magazine called the book "cultural rocket fuel."

And it's true that as a brown trans artist, Shraya receives a lot of hate online. Last year, she wrote a comic book called Death Threat. Illustrated by artist Ness Lee and a finalist for the Lambda Literary Award, it consisted of the transphobic hate mail Shraya had received, and her vulnerable response to it.

Like Death Threat, her work is often a vivid product of online accessibility and its dangers, but Shraya has also seen just how useful the Internet can be. Even when she's not stuck at home.

I can see how social media has played on my mental health, from the basics of comparing myself to others to how callout culture has taken place on the internet.

"I certainly tour, but I haven't had a lot of international opportunities outside of North America or specific territories like India," Shraya says. "So the Internet has given me an ability to connect with people outside of those zones."

But just as the digital space can be accessible to all, that same element brings with it a culture of hate and policing that is particularly harmful to queer artists who otherwise thrive on live and initimate connections. "I was finding it increasingly difficult to state an opinion on the Internet without worrying about some kind of pushback because of the lack of nuance," Shraya says. "And I can see how social media has played on my mental health, from the basics of comparing myself to others to how callout culture has taken place on the Internet."

Callouts can be a useful device when directed at people in positions of power, but Shraya says they can play a destructive role in marginalized communities by giving people ways to attack each other, "and that can be really devastating."

So with the freedom that fiction provides, Shraya took The Subtweet deep into the topics of hate-liking, social media friendships, and Internet celebrities. And the plot, as fast-paced as life on the Internet, shows clearly the way that jealousy and obsession can take shape within the open borders of the online world.

"The truth is, none of us are entitled to anyone else's space, and that includes digital space," Shraya says. "And right now, the blurring of the line between physical space and digital space is a real one."

Right now, and especially now — The Subtweet's physical book tour has been cancelled due to the coronavirus, so Shraya has teamed up with festivals and bookstores across Canada to promote the book through live streams.

"There's nothing that competes with being in the same room with somebody and being able to look at someone's face when you're singing or reading or performing," Shraya says.

But as we transition to a more online world — particularly while the pandemic is going on — she says she's excited to see how that space will be transformed.

Jeevika Verma is a producer at NPR's Morning Edition.