Accessibility links
Lucinda Williams: A Guide To Her Best Songs Williams's new album, Good Souls Better Angels, is another remarkable entry in a catalog that has, across more than a dozen albums, shaped Americana. Here's a map of her career's many high points. 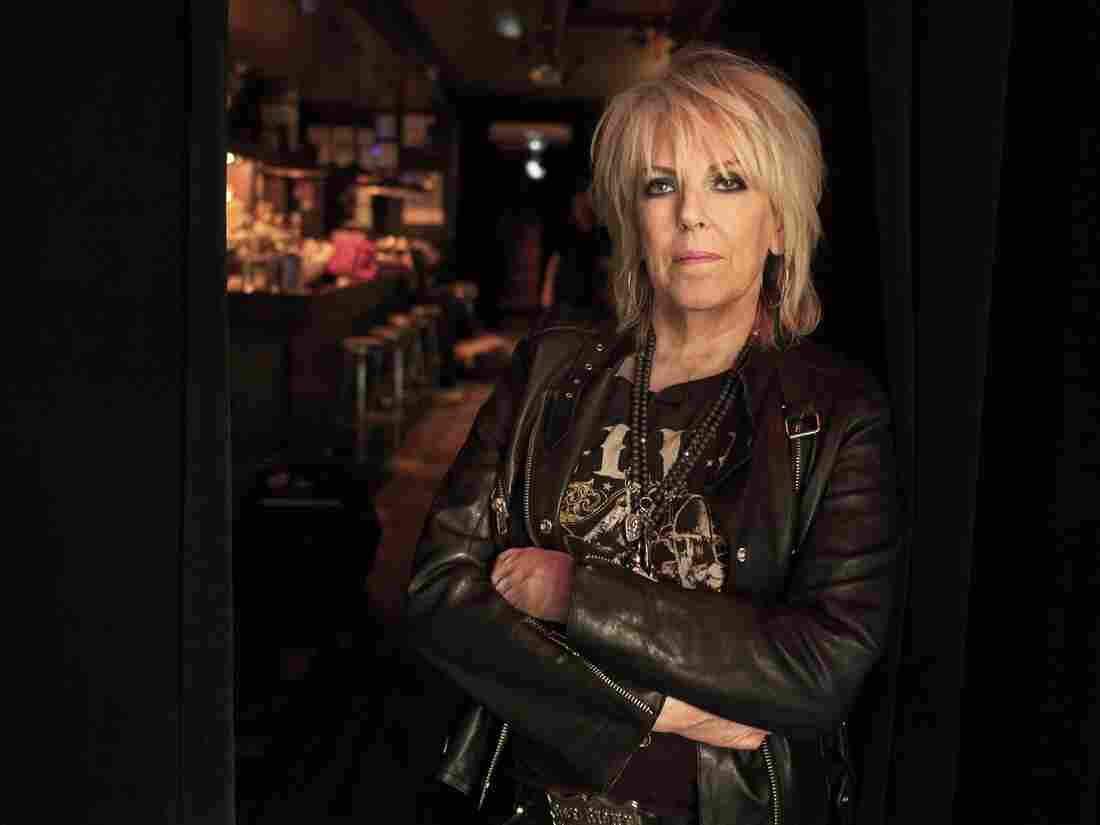 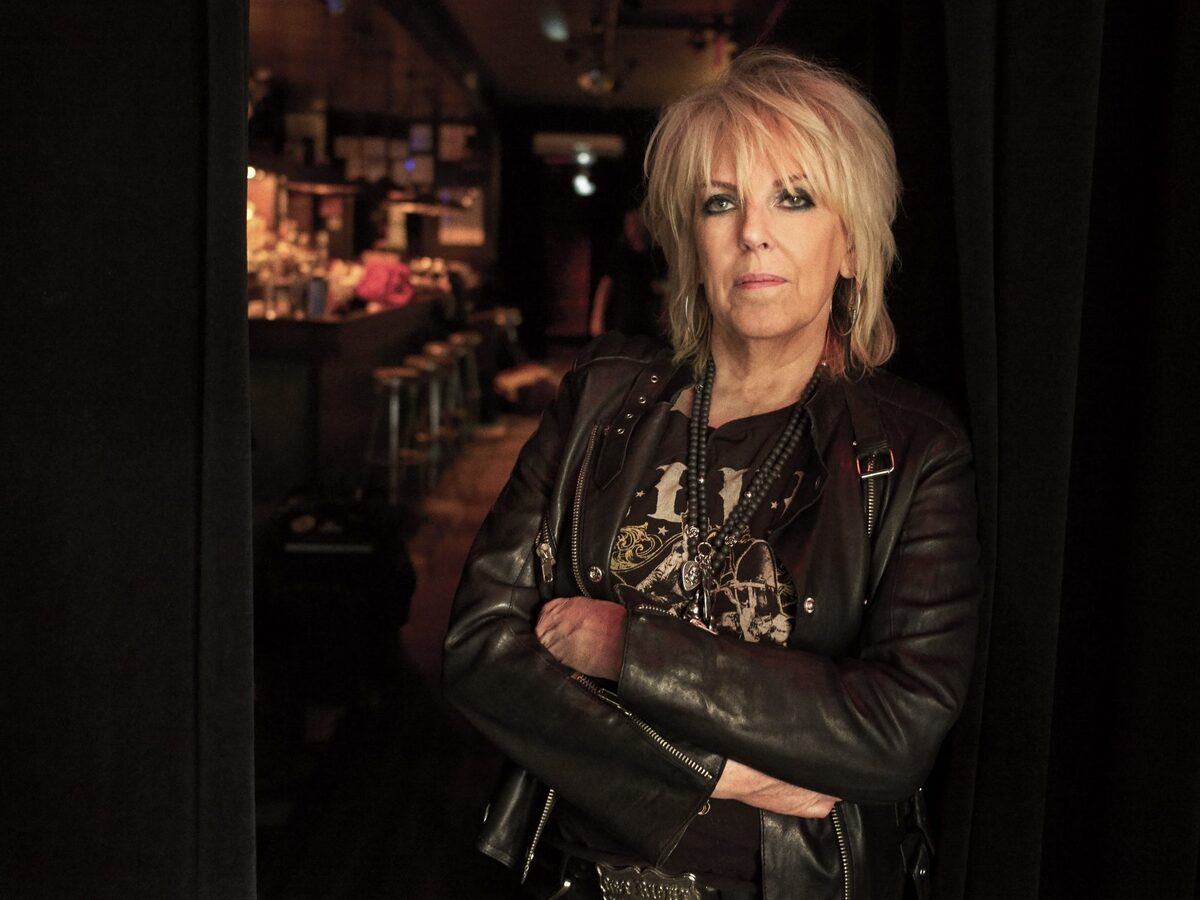 Lucinda Williams's iconic fifth album, Car Wheels On A Gravel Road, defined Americana, but it's just one peak in a career that stretches 20 years forward and back in time from that moment.

To paraphrase one of her most evocative lyrics, there's something about what happens when you listen to a Lucinda Williams song. The plain but cultivated beauty of her phrase-turning draws you in, but it's another quality that makes a novice listener into an ardent fan. It's the feeling of watching something grow like a flower on a vine: a recollection, a fully fleshed-out image, a person's inner life unfolding. Williams crafts words and melodies that seem to originate in the listener's own head, capturing the way stray observations and building reveries intertwine to become the stories we tell ourselves and each other. Her songs bring to mind the way William Carlos Williams (no relation) described the task of writing poetry: "We're not putting the rose, the single rose, in the little glass vase in the window — we're digging a hole for the tree — and as we dig have disappeared in it."

Listen to the songs

'I Get Angry, Too': Lucinda Williams On Her Politically Charged New Album

Williams, who releases her 14th studio album Good Souls Better Angels today, was born to this process. Her father Miller was, in fact, a poet and a literature professor, and after a youth moving around the Deep South, she modified the family trade to become a singer-songwriter. A folk singer at first, Williams broke through in the late 1980s in the wake of a group of artists — Rosanne Cash, Steve Earle, Rodney Crowell, Lyle Lovett — who took rock and roll chances with roots-music legacies. A critics' pick and songwriter's songwriter who gained some fame when Mary Chapin Carpenter had a crossover country hit with her song "Passionate Kisses" in 1993, Williams became a true legend with the 1998 release of Car Wheels on a Gravel Road, a perfect work of observational storytelling that both defined the nascent Americana genre and instantly transcended it, because no one could write both so personally, it seemed, and with such talent for reaching inside fans' own souls. I remember when I first got Car Wheels — an advance copy transferred onto cassette tape by a friend who knew Williams, the song titles written on the cover in my friend's neat, cramped hand. I put the tape into the boombox in my Brooklyn kitchen and it didn't leave for a month. Every evening I'd listen, making dinner, my solitary thoughts filtered through Willliams's voice like the twilight through my row house's back window.

Williams's testimonies to survival despite hard living and lost opportunities, and her elegies for absent friends and lovers, connect her to the blues, the form for which she first fell. From country music she learned the practice of turning glimpses of the private — a pot of coffee bubbling, the lines at the edges of a beloved's eyes — into metaphors through which life reveals itself. From rock she took freedom, an obsession with self-determination that defined her persona and her career-long practice of doing exactly what she wants, the demands of the marketplace be damned. She stirred up these influence within her own sound, also incorporating New Orleans rhythms and classic rock attitude, working with bands who could move within her greasy grooves. She favors hot guitar players as dialogue partners. Always, she keeps things real: her songs sound like what people wish they could say to each other, and only sometimes do.

Car Wheels was Williams's fifth album. It's just one apex in a career that's unfolded more like an Appalachian ridgeline, with dazzling high points and dips into deep woods and hollows, than the flat roads of her native delta. To really understand Williams's catalog, start with Car Wheels and continue both backward and forward. It's crucial to spend time with the peace-seeking laments of 1992's Sweet Old World, the edgy sexiness of 2003's World Without Tears, and the ever-rawer rock mantras that typify the sound she's cultivating now, at 67. With the hindsight that recognizes the limits of musical categories, a dive into the Lucinda Williams catalog reveals that she is as spiritually aligned with defiant originals like Patti Smith, or indie inheritors like Katie Crutchfield and Alynda Lee Segarra, as with her Americana peers. Most of all, Williams is a singular artist with a resolutely personal voice that feels, to many people, like home.

Here's a playlist for people who already love Lucinda Williams and for those who want to know more about her.

"Car Wheels On a Gravel Road"
from: Car Wheels on a Gravel Road (1998)
The title track of her album masterpiece, an impressionistic account of the fugitive childhood Williams's academic father gave her, contains everything great about this songwriter: resonant details, a unique but relatable perspective, and deep feeling rising through everyday talk like humid summer steam.

"Passionate Kisses"
from: Lucinda Williams (1988)
Mary Chapin Carpenter's version won Williams a 1994 Grammy for best country song; her own showcases a drawl as redolent of Mick Jagger as To Kill a Mockingbird's Scout Finch.

"Sweet Old World"
from: Sweet Old World (1992)
Every great songwriter has one ballad anyone would want played at their funeral; this is Williams's, a melancholy ode to the human tenderness that makes life worth living, and accepting a loved one's death so hard.

"Joy"
from: Car Wheels on a Gravel Road (1998)
From Slidell, La. to West Memphis, Ark., Williams chases down the happiness a betrayer stole in one of her fiercest and most defiantly triumphant rockers.

"Fruits of My Labor"
from: World Without Tears (2003)
Williams turns the classic slow blues that's so often inspired her into a nearly psychedelic reverie – like the Beatles' Strawberry Fields meets an Anne Rice vampire novel – in this missive from a woman of means to the lover who knew her when.

"Are You Alright"
from: West (2007)
Empathy for the lost and the marginalized runs through Williams's songwriting, and this gentle secular hymn for someone who's gone missing offers it in heartbreaking measure.

"Man Without a Soul"
from: Good Souls Better Angels (2020)
Williams has evolved to become a powerful protest singer, and she's never been so bold as in this Springsteenesque broadside directed at Donald Trump.

"Changed the Locks"
from: Lucinda Williams (1988)
This barn burner, one of many Williams songs about claiming power in the face of abuse, is catnip for other rockers — Tom Petty, indie mainstays the Silos and Australian country maverick Kasey Chambers have all covered it.

"Side of the Road"
from: Lucinda Williams (1988)
Another from her essentially flawless Rough Trade debut, this meditation on the need to spend time alone with one's own imagination is an artist's manifesto that informed Williams' own career and which nourishes any creative soul who hears it.

"Something About What Happens When We Talk"
from: Sweet Old World (1992)
The originality of Williams's mind shines on this vulnerable ballad about the aphrodisiacal charge of meaningful conversation.

"2 Kool 2 Be 4-Gotten"
from: Car Wheels on a Gravel Road (1998)
"Junebug vs. Hurricane": Williams saw that phrase scrawled on a wall in a photograph from Birney Imes's book Juke Joint and expanded it into a song about the glories of those rural makeshift bars. Since then, others have named memoirs, blogs and cocktails after it, and even had it tattooed onto their arms. Her language resonates.

"Get Right With God"
from: Essence (2001)
Gospel music is a central, if underdiscussed, inspiration for Williams. Here she makes the connection clear in a driving account of faith's relationship to audacity and risk. The song inspired one of her most astounding vocal performances.

"Unsuffer Me"
from: West (2007)
Williams is a master of parataxis — the poetic technique of stringing short phrases together in what literary scholars call "iconic ordering" (think the biblical Beatitudes, or Bob Dylan's "Like a Rolling Stone"). Here she uses an almost heavy-metal musical approach to serve it, her lyrics enacting a seduction that's really a cry for spiritual release.

"If My Love Could Kill"
from: Ghosts of Highway 20 (2016)
Though her songs encompass the full range of human emotions, Williams is often painted as a lady of sorrow — and indeed, she has always confronted grief unflinchingly. Never has that process been as personal as in this song mourning the loss to Alzheimer's of her father and lifelong mentor, poet Miller Williams,set within a gorgeous, Spanish-tinged arrangement.

"Little Angel, Little Brother"
from: This Sweet Old World (2017)
Williams reimagined 1992's Sweet Old World through new recordings in 2017, the songs reinvigorated within new arrangements and by her more worn, still powerful vocals. A highlight is this achingly compassionate expression of love and loss, a song for anyone who's cared about someone they can't save.

"I Lost It"
from: Happy Woman Blues (1980)
The original version of a song that became a fierce rocker on Car Wheels shows Williams's foundational connection to Louisiana music, here embodied by a Cajun fiddle and a two-step beat.

"I Envy the Wind"
from: Essence (2001)
So much of Williams's work comes alive within very particular, deeply shaded worlds, but this is her secret pop classic: The lyric that imagines nature itself as a lover's companion complements the song's unchained melody to render it timeless. Elvis or Billie would have sung this song if they could have.

"Those Three Days"
from: World Without Tears (2003)
Few writers of any kind can match Williams when it comes to brutal honesty about the violence of desire. This noirish, countryish confession assesses the scars a fling can leave in a vulnerable heart, and the rawness of Williams's vocal is remarkably courageous.

"The Temporary Nature of Every Precious Thing"
from: Down Where Spirit Meets the Bone (2014)
The first two lines of this slow gospel vamp sum up Williams's philosophy and artistic motivation: "The temporary nature of any precious thing, that just makes it more precious."

"Soldier's Song"
from: Blessed (2011)
Maybe her most chilling song, this spare story song traces a fighter's last moments on the battlefield in counterpoint with the beautiful mundanity of his family's daily activities back home.

"We've Come Too Far To Turn Around"
from: Vanished Gardens (2018)
Facing pain, believing in joy, investing in survival: This transcendent collaboration with octogenarian saxophonist Charles Lloyd and his band the Marvels captures everything that makes Lucinda Williams an essential companion on life's road.